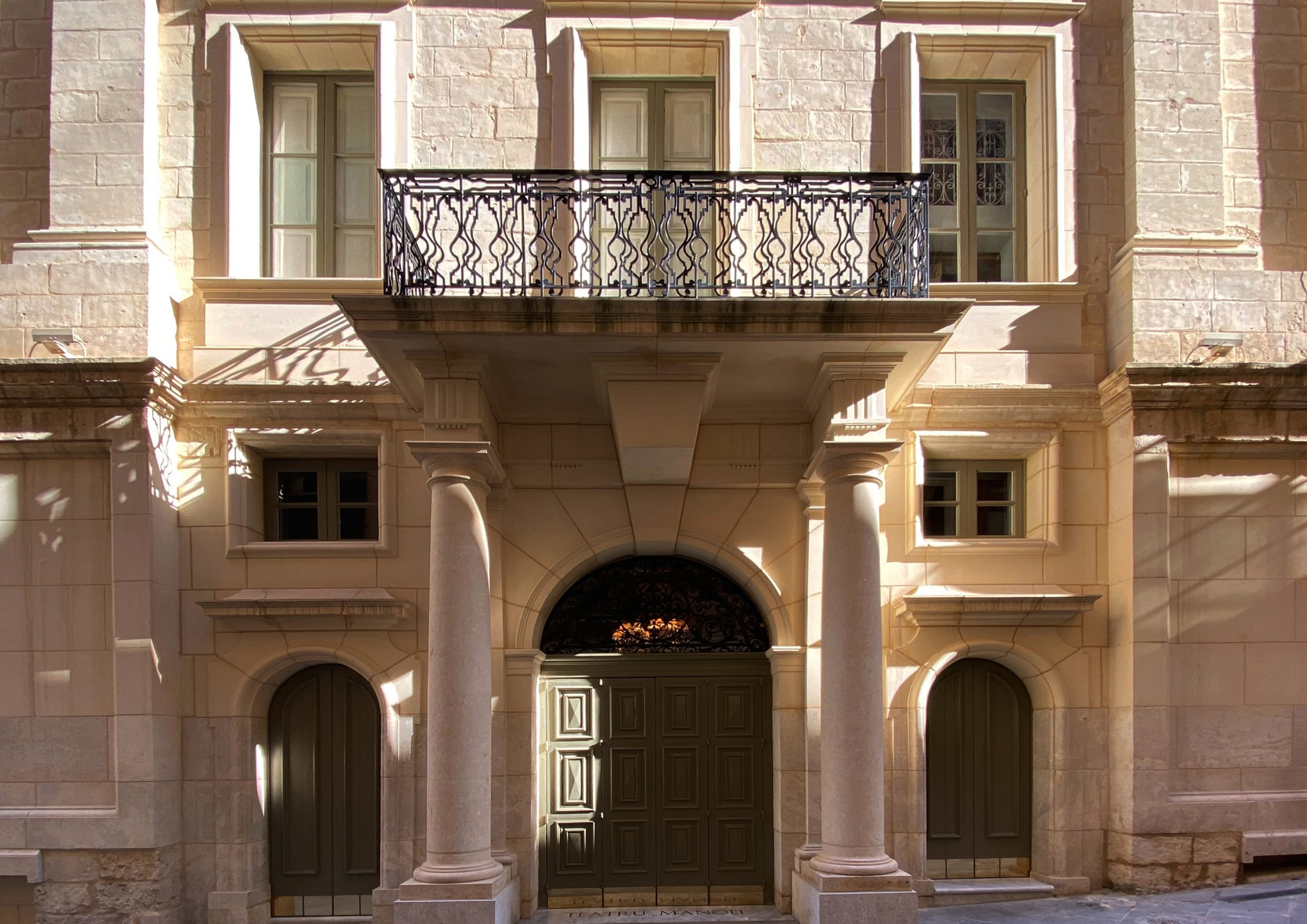 The restoration and rehabilitation of the Baroque theatre was initiated in the mid-1990’s by the Manoel Theatre Management Committee and led by AP Valletta up to completion. The masterplan focused on improving the theatre facilities and developing and diversifying the cultural activities it houses. It aimed, simultaneously, at lending a new public image to the theatre with a view to increasing its external legibility and emphasising its importance,

The project was concluded with the restoration of the façade and main entrance. The intervention on the façade embodies the subtle handling required to transform the building in such a way as to answer to the changing needs of contemporary performing environments, whilst at the same time maintaining traces of the building’s historical evolution and asserting its legibility. The resulting intervention is firmly inscribed in the historical development of the building while remaining sensitively discernible as a

The restored Teatru Manoel is a testimony to the resilience of historical and heritage buildings when they are kept in constant use. Whilst the structure of the building has been modified to accommodate ever changing requirements, the function and identity of the building