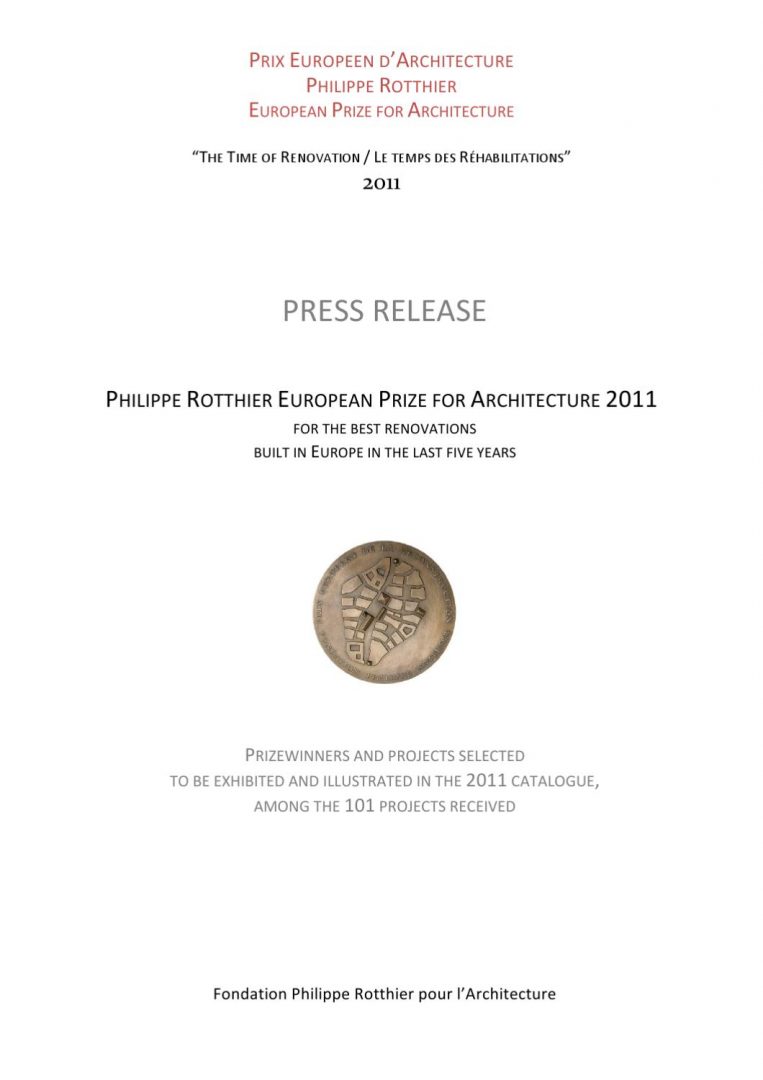 AP has been selected as part of a group of honourable mentions in the prestigious Philippe Rotthier European Prize for Architecture , jury made up of high profile professionals and experts in the field of architectural practice and theory, architectural critics, historians

The theme for this year’s award scheme was ‘, and sought to discover projects which in some aspect helped to regenerate an urban setting. The Valletta Waterfront has been selected to be exhibited and illustrated in the awards scheme catalogue, along with other projects from top international firms which were also selected from among received from countries. for the Valletta Waterfront will be exhibited and presented in the catalogue of the exhibition, which will take place from to at the Architecture Museum in Brussels, before being presented in Paris and other cities

This intervention develops on the genus loci of Valletta, to add yet another layer to the rich historic stratification of the