‘Car space by car space’ places 3rd in ‘Zoomed Out?’ 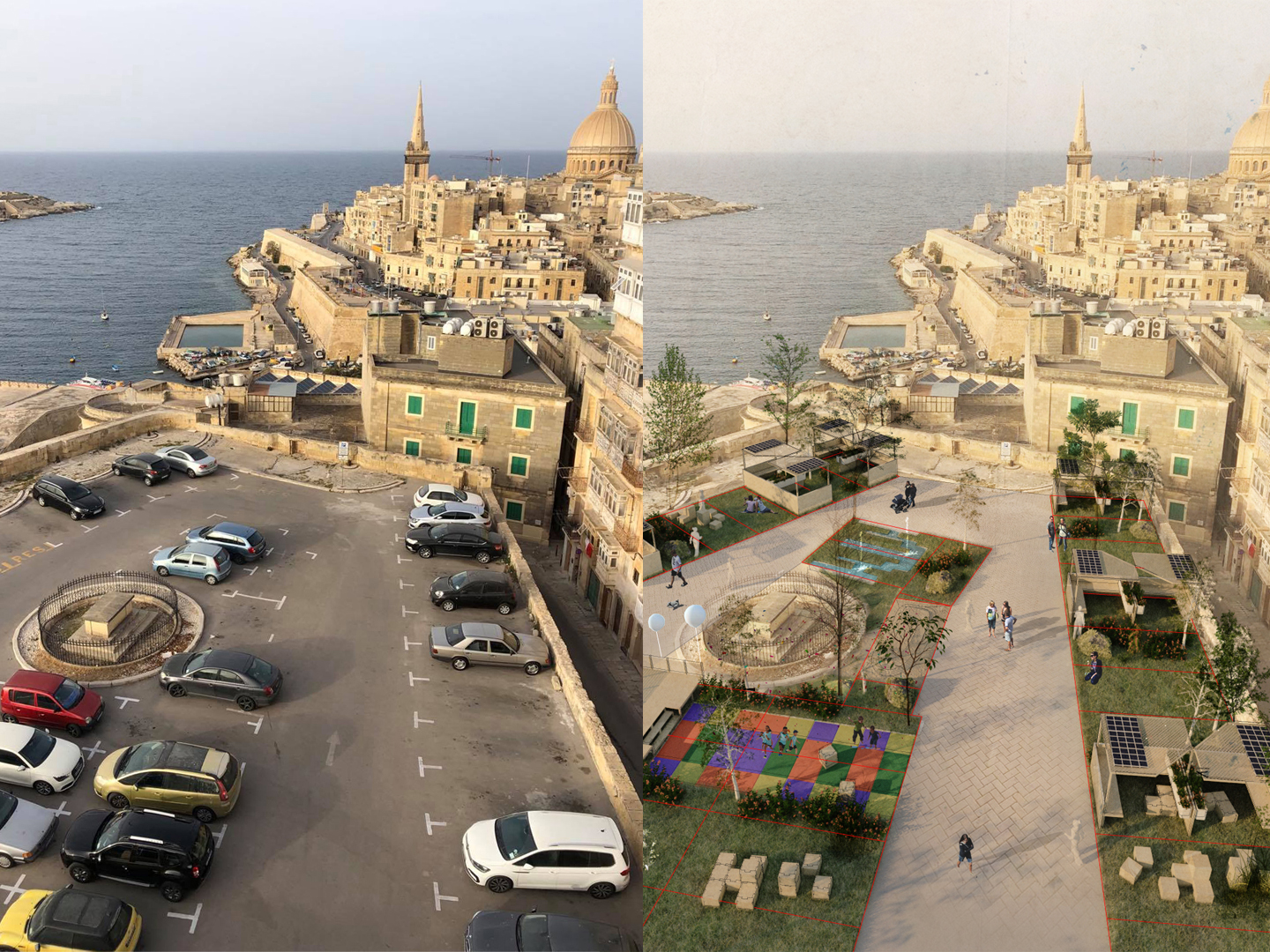 AP's proposal for 'Zoomed Out?’, an international competition organised by the Extinction Rebellion (XR) and Architects’ Climate Action Network (ACAN), won the 3rd place. All winning proposals will be presented during an online event on the 18th June, part of the programme of the London Festival of Architecture.

According to the jury our ideas “show how urban spaces and car parks can transform space by space, without huge resources and possibility also in small areas, yet give huge ecological and social value”.

'Car space by car space' aims at questioning the status quo exploring alternative scenrios for post covid urban areas starting from the grids that shape them: both the ‘primary grid’ on which Malta’s capital city Valletta was built, and the ‘secondary grids’ that organise spaces within the primary one.

By combining the modules in different ways in relation to specific contexts, the ‘car space by car space’ catalogue of solutions makes use of the grid while breaking its rigidity, dismantling the hierarchy of urban centralisation, traditionally revolving around the privileged city centre only. The cross-programming offered by the catalogue implements a democratic decentralisation process exploiting the grid as a tool for its distribution.

This project drew inspiration from the proposal for a pilot masterplan for the regeneration of the Hastings area in Valletta. The intention is to test a strategic vision for the country in this particular area of the city, taking into account sustainability and post-pandemic considerations on the organisation of urban areas.

Join the online event and access the virtual exhibition here.