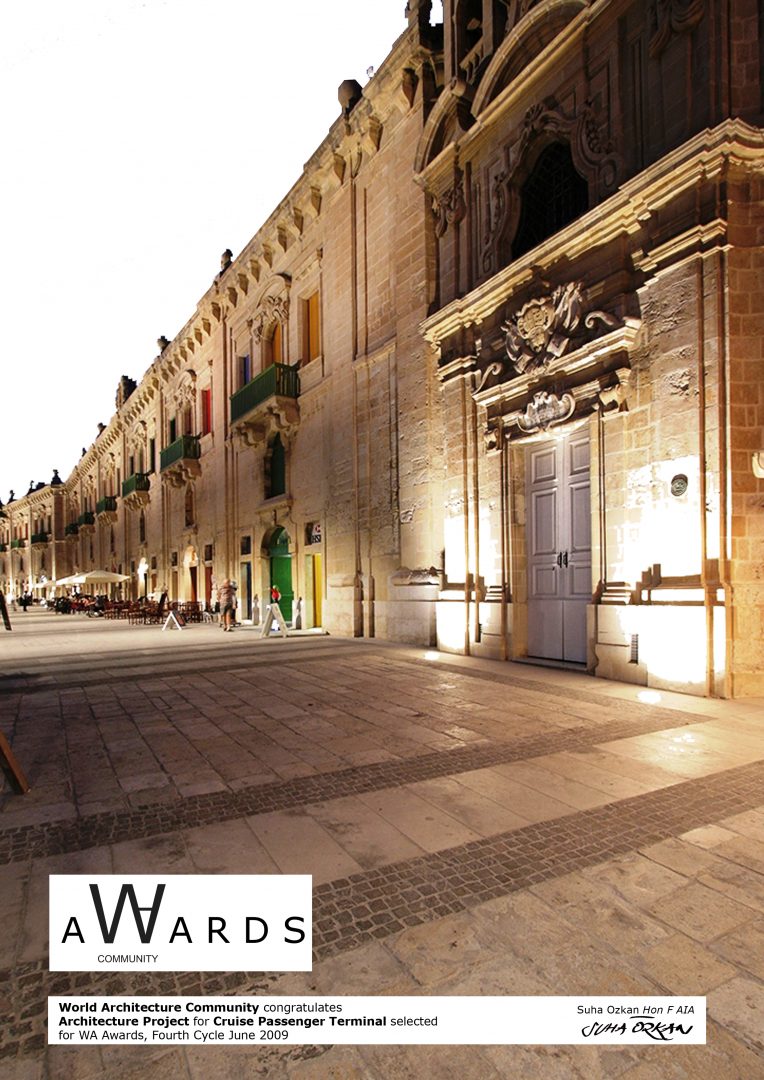 The project has been selected as one of the twenty finalists in the recent online World Architecture Community 4th Cycle Awards. The project, which begun , involved the restoration of the ancient seawall, and the baroque stores which made up what was previously known as . The creation of a marina and the building of a terminal for cruise liner passengers was also part of the project brief. The terminal building, which is inserted at the foot of the baroque stores, works to organize the commercial activities of the city of Valletta, whilst contributing to the creation of a contemporary image of the entrance

World Architecture is an online architectural community whose judges award a small number of projects from around the globe every three months. This web-based community awards those buildings displaying the most novelty, originality, and creativity in design. The winning buildings must “reflect and inspire a commitment to the art of architecture”, and are selected through a democratic procedure where all of the community’s members’ ratings and the votes of all honorary members are effective in the final decision. The World Architecture portal attempts to “bridge the gap between theory and practice”, therefore the architect’s own description of their project, as well as viewers’ comments are taken into account when the winning buildings

This is the fourth award for the Valletta Cruise liner Terminal. Previously it has been honoured with the following awards; the Award for Conservation as part of the Environment Planning Awards 2005 (MEPA), the Din l-Art Helwa Prize for Architectural First Prize, as well as the European Union Prize for Cultural Heritage/Europa Nostra