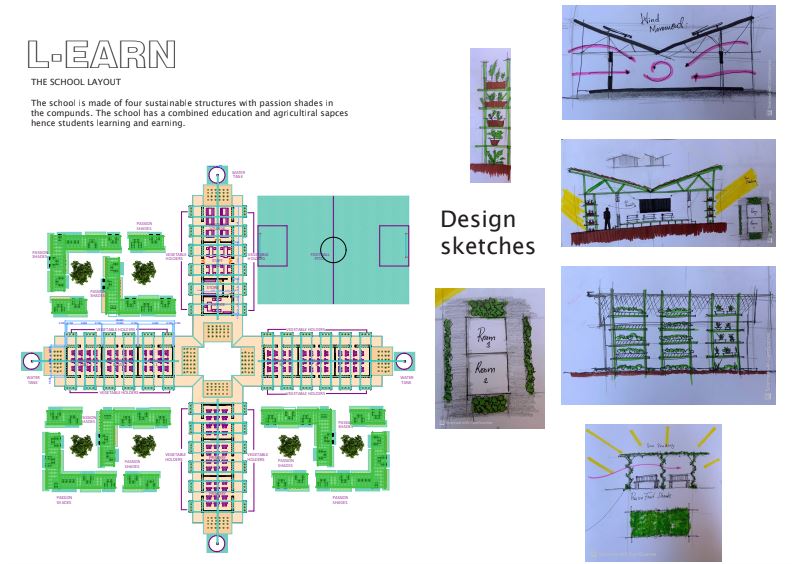 AP's executive director David Felice formed part of the jury for the 2022 edition of the Commonwealth Association of Architects Awards (CAA).

Winners of the 2022 cycle of the CAA awards have been announced yesterday, Monday 8th August, during a hybrid online and in-person ceremony held in

The jury of the Students category, in which David was representing the European section of the CAA, praised the winning project, "L-EARN" by Henry Kirungi, as a proposal which puts education as a driver for cultural and economic growth, in a small village in western Uganda. The design of the school combines educational and agricultural spaces to allow the students to learn and earn at the same time. The four sustainable structures composing the institute would be supported by soil holders, which would also function as

The jury further commented: "This project stemmed from a beautifully written and heartfelt narrative that brought education and agriculture together. It identified a societal issue that found its way to becoming a successful piece of architecture. Soundly integrated, both in terms of function and in its environmental context, this is an excellent example of how the author managed to make something out of the little that was available. Education - and economic opportunity - are sought to influence the community in the future."

Well done to Henry Kirungi and to all the other inspiring submissions.

All the winning projects may be viewed at http://www.comarchitect.org/caa-award-cycle-2021-22-winners/