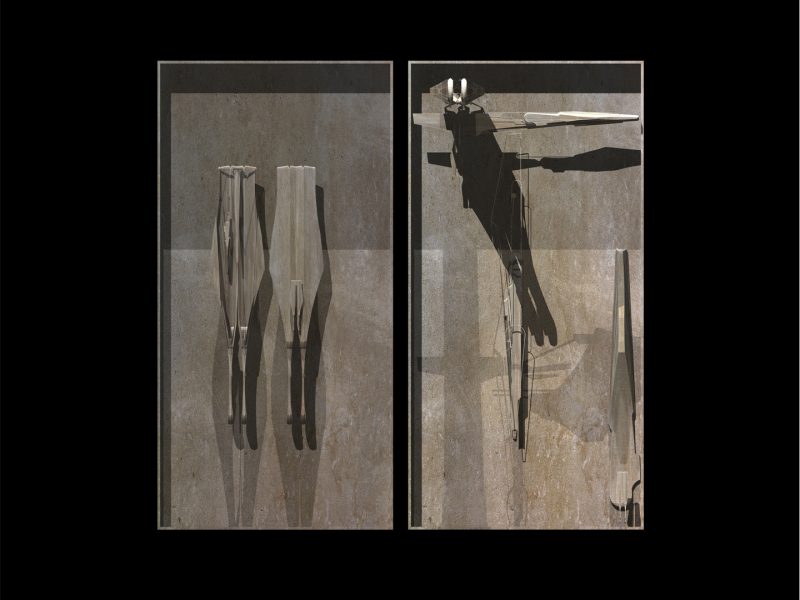 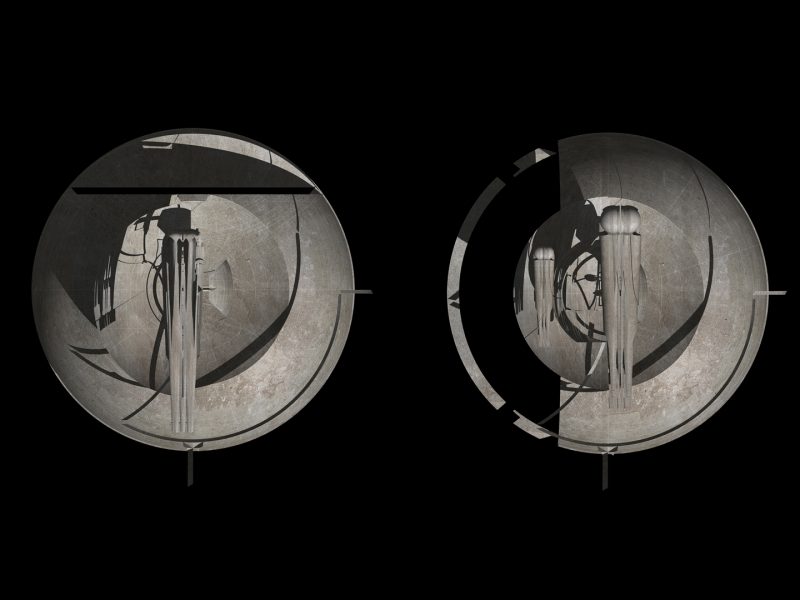 AP’s Design Director Ephraim Joris will be contributing to the exhibition 'Experimental Diagramming', organised by the Architekturmuseum in collaboration with the Technische Universität Berlin. The exhibition will go through the development of diagrams as a visual medium to generate architectural design and explore the possible experimental uses within the practice. Ephraim will present a diagramming methodology originally developed as part of his Doctoral Research at RMIT (where he graduated with the thesis 'Monolith Drawing: Recasting History as the Experimental Content of Speculative Architecture') and grounded in his experience at AP. An artifact and two drawings will be showcased as representative of the structure of formal codes developed as part the Monolith research.

The Monolith Drawing is not presented as a procedural argument yet as an analysis of becoming and being architecture exploring the contained quality of monumentality. The idea of monumentality is understood as a specific experience void of institutional moralizing tactics. It was the pyramid that Hegel regarded as an important paradigm of architecture with its monumental qualities; a monolith interpreted to have no other function but its symbolic significance. As such, Hegel developed the possibility for architecture to exist outside the notion of practical employment or even occupation.  The Monolith Drawing, in the first instance, exists as a study of architectural expression, resisting more general paradigms to indeed nurture processes of discovery. Such is the search for a ternary space as the (meta)physical location of monumentality and this in composition with the manifestation of binary space. Binary space is understood as a situation where inside and outside exist in close proximity such as by drawing a line on paper to instantly divide space in two opposing regions. Commonly, architecture is drawn as a set of lines to delineate insides from outsides. The Monolith Drawing is not composed as a set of lines but as a set of intersecting volumes, each in reference to historical archetypes. As such, the drawing produces multiple regions simultaneously such as in a Venn Diagram where circles intersect to define common areas of overlap. The Monolith Drawing defines these common areas as void space to form a remaining architectural mass in which the interior morphology can be very different from the exterior outline. The Monolith Drawing explores this remaining mass, this spatialising divide between inside and outside as 3rd space. This space is transitional in nature constantly negotiated although impossible to enter; creating a distance between previously adjacent spatial regions. The Monolith thus actively explores the decomposition of a binary logic to observe space as trialectical. The set of drawings illustrate a systematic process of lithic reduction as part of the drawing construct of the Monolith.