And the inauguration of the exhibition series 'MB.AP' 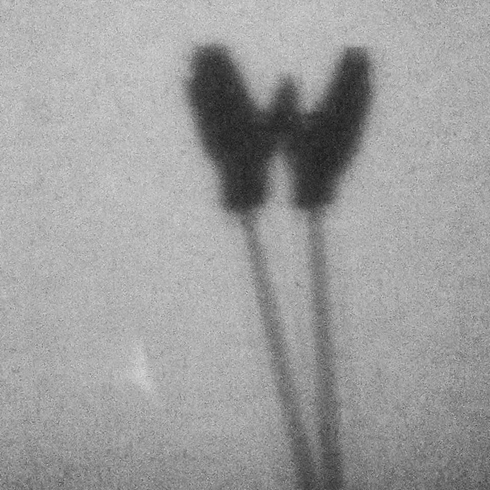 “BYE BYE BIRDies is a collaboration between Maltese artists Matyou Galea and Aaron Bezzina. I had mentioned to them, that what I miss a lot living in Malta is the lack of

The artists have created a site-specific, interactive installation using sound, sculpture, and light combined in one work. The sound consists of singing bird songs, but not songs which were recorded in nature; rather these are recordings of a person who imitates of bird species. The resulting sound is a blend of human and

A sculptural object consisting of two human hands are the kinetic component of the installation. They are positioned within the range of a light shaft. Once the viewer/listener moves the hands he triggers a light sensor which then starts the

This exhibition inaugurates a collaboration between Michael Bock and AP which will bring a series of temporary exhibitions in the AP Lounge.

Ourself will mingle with society
And play the humble host.
Macbeth, Shakespeare

“There is a space at AP which once a month hosts contemporary art exhibitions. How do the invited artists transform it from the familiar to the unfamiliar, from the mundane to the wondrous, filling the empty vessel with their

Exhibition maker Michael Bock and the artists he invites are AP’s guests for a period of two weeks each month. The exhibition space might be called a guest room – it is not a gallery, not a white cube, not a black box. It rather is a project within a project, art platform outside of the institutional and market economy framework. This gives the invited artists the freedom to conceive and realize their work in a non-hierarchical, unpretentious field of play and action. Preference is given to works, but is not .

The MB.AP project mainly addresses the employees of AP who are using and occupying their lounge room for short breaks during their working hours, but it also welcomes the public. In a reversal of roles the artists become the host with their work, the employees the artists’ guests – both being a party to an osmosis of daily life

The project strives to entertain the viewers and listeners, diverting them, allowing them the consideration of opinions and notions about the works presented, hopefully enriching their mind

Ideally and in a subtle, unpretentious way the project transforms the room into a space of surprise, irritation, visual and mental stimulation and exploration, if