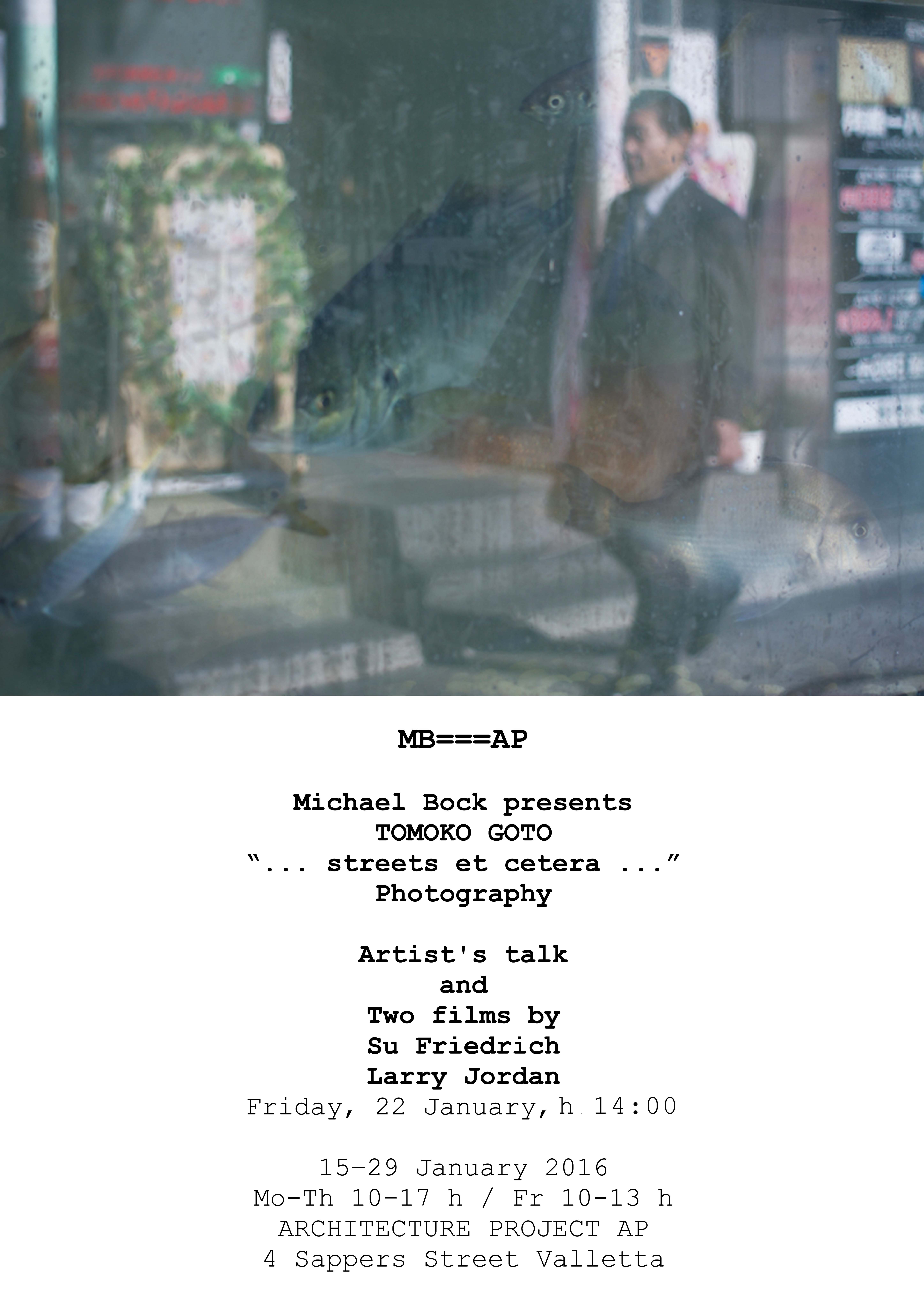 “When early humans began to move through their environment in a more controlled fashion they established paths which later turned into lanes, lanes into roads, and eventually roads into streets – city streets being bordered by architecture on both sides. is not the typical street photographer. The photographs on exhibition, taken in Japan, Malta and  show people in a city, but rather their near-absence, fleeting illusions, projections of the human mind’s memory onto city scapes, and people's everyday objects reflected

The artist is also a travel photographer. Her city ‘travellers’ are caught in movement, at times captured in blurring images, bordering on the abstract, reflections on the transition of time and place. The exhibited works are Goto's photo-poetic sublimation of street life. At other times she shows people resting, half-hidden, anonymous, having lost their individuality, representing rather their verisimilitude than their objective reality, human figures observed via reflections in and views through windows. Three of the artist's more realistic photographs are added to the exhibition in order to show another, similar aspect of her work dealing with man embedded in the .”

There will be a talk by the artist, complemented by a screening of two films: , USA:Scar Tissue and , USA:Visions of a City, Friday, 22 January, at 2:00 pm in the.