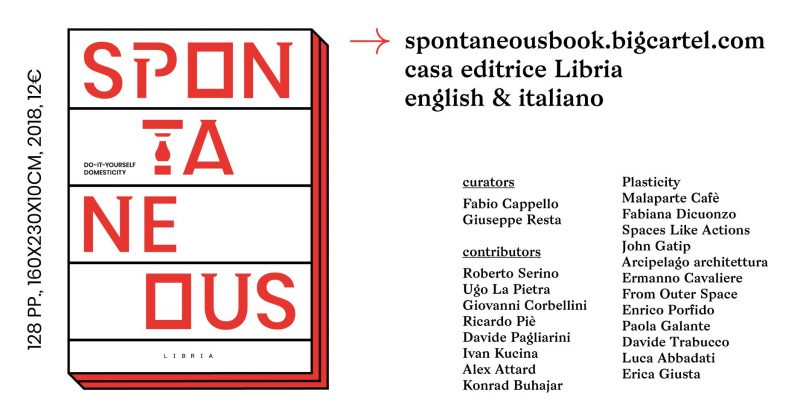 The book, curated by Fabio Cappello and Giuseppe Resta, and published by Libria, is a journey around the macro-categories of Architecture and Mediterranean domestic space. In particular, the authors questioned the appropriation of the public space in the Mediterranean region and the so called ‘spontaneous construction’, the latter to be framed into an architectural and design point

All the authors involved, shared their point of view about the theme and contributed to

As Konrad said, “If it true, as Balzac once wrote, that ‘people who want something strongly enough are almost always well served by chance’, it is no wonder that a spontaneous Architecture often takes root and flourishes in localities where the landscape is beautiful, the climate, kind and

AP’s contribution complements Alex Attard’s photo essay which “while presenting us with a reportage on the fundamentals of Mediterranean architecture, is forcing us to re-consider what is usually dismissed as nothing more than yet another episode of illegality on the Island, as a real case study on what a community can be made of”, as the .