The Uncertainty of
a Moving Diptych 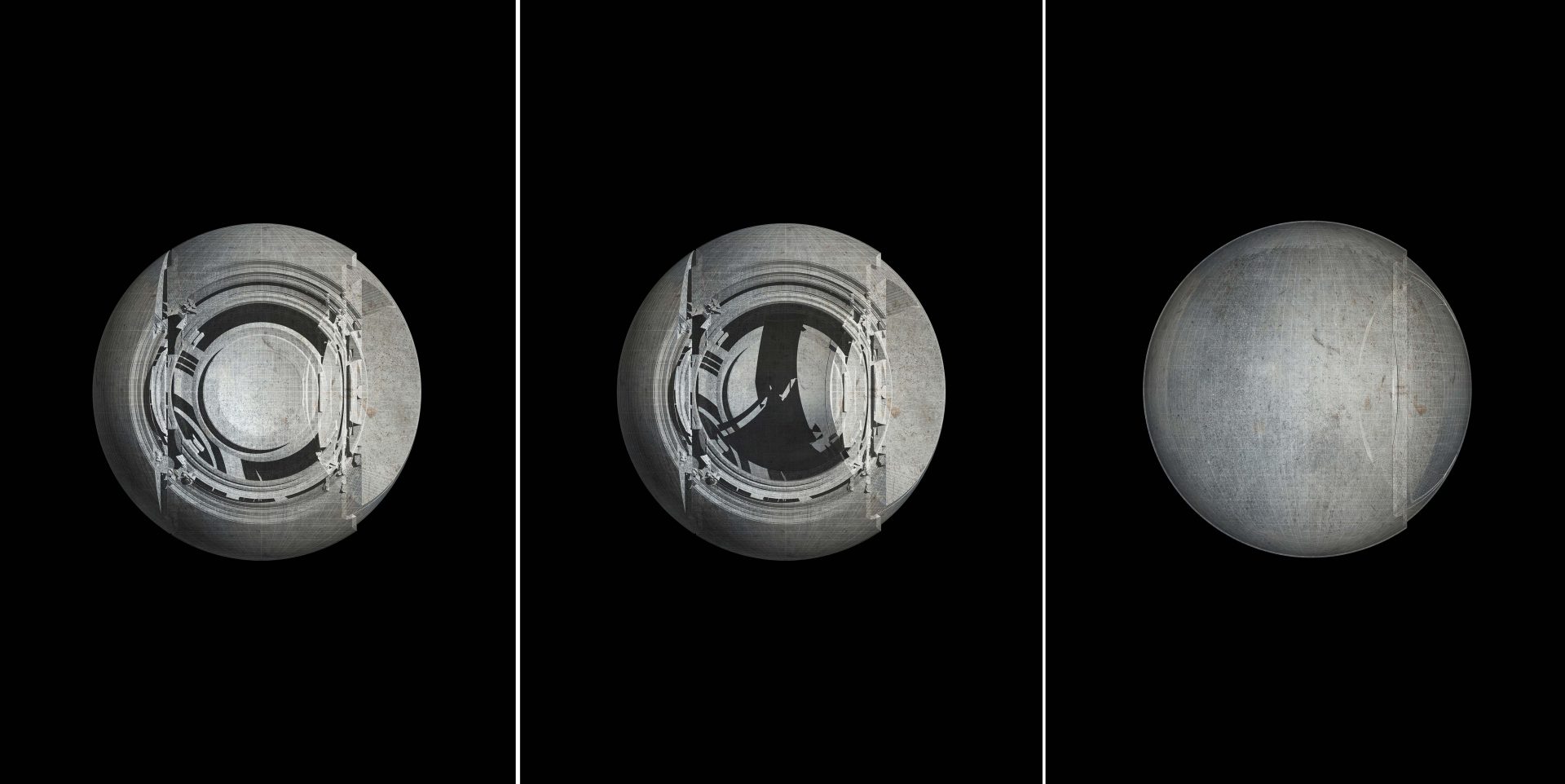 The conference will be held in Istanbul on the at (Istanbul Kemerburgaz University).

The Uncertainty of a Moving Diptych (abstract)
This paper reflects on a video installation presented at the Flemish Architectural Institute in as part of the exhibition Drawing Ambience, Alvin Boyarsky and the AA. The installation portrays a drawing of a cranial figure subjected to consecutive moments of subtraction as it negotiates a relationship with an etching by Alexander Brodsky in which a male figure holds a building. This particular installation forms part of an ongoing research by with which alternative strategies are explored to algebraic architecture; a discourse in which architectures are established as the constitution of parts. This research, titled ‘Monolith Drawing’ has been situated within the maelstrom of ancient and current day architecture to explore and (re)deploy the idea of ‘] in the production of current day architecture. The extraction of an architectural figure from a single volume as opposed to constructing architecture by means of various components is a measure to question architectural production. The video installation, as shown at the Flemish Architectural Institute, permits a viewing of a coming- of an architectural figure; unstable by nature, for the drawing is both static (as a matter of fact) and subject to the idea of speed. Fluctuations of the pictorial surface allow for the drawing to perpetually reconstitute its (re)presentational status as it speaks of consecutive moments of transformation. The resulting diptych, fluctuating between appearance and disappearance wants to resist the depiction of a constitutional reality. Instead, the diptych holds a perpetual uncertainty as it seeks to combine perception with transformation, past with present, architecture with

1.
A favorite topoi of classical literature the principle of ‘ex uno lapide’ first appears in Albert’s treatise on sculpture. His writing develops observations by Diodorus Siculus on the proportion system of