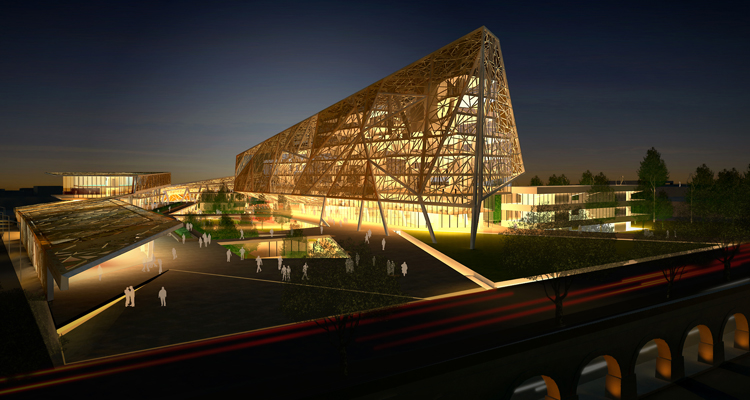 This project is located within a brownfield site that lies along this edge, within what has been an industrial zone since . In the last decade, new office developments have taken shape in this zone, thus changing the dynamics of the area and bringing a drastic increase in its working population. This site lies at the heart of this district, offering the opportunity for causing a project that can catalyse the regeneration of a whole locality. The site also includes an unused building that is representative of the Modernist Movement in Malta. Thus, the proposal for the project places the retention and preservation of this building at 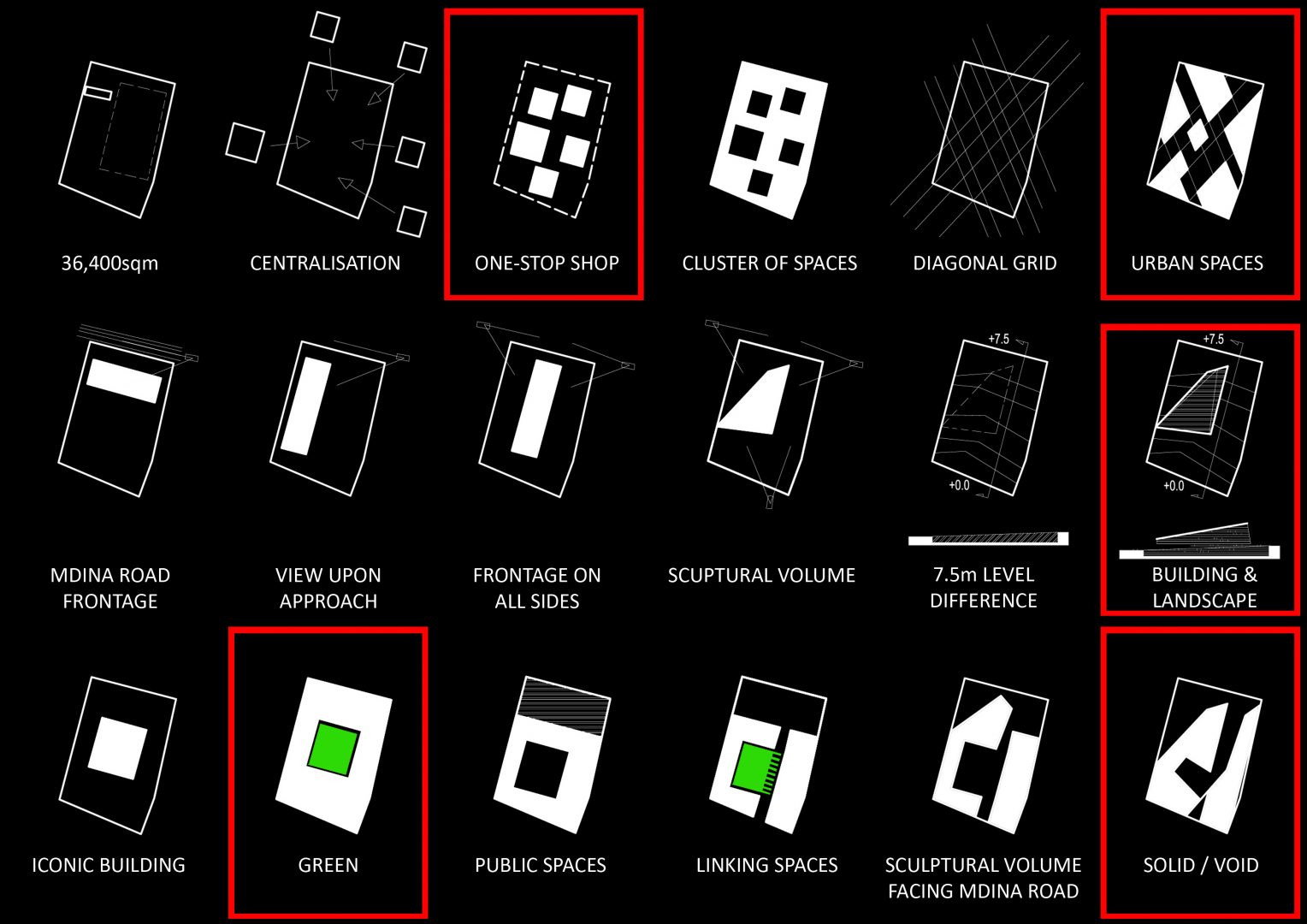 The brief for the development is to create central support services and ancillary facilities for businesses already operational or starting up in Malta, to serve both as a support structure for these enterprises as well as to provide much needed high quality office space, complemented by amenities such as retail, dining facilities, sports facilities, and child care services that render a working environment more flexible, accessible 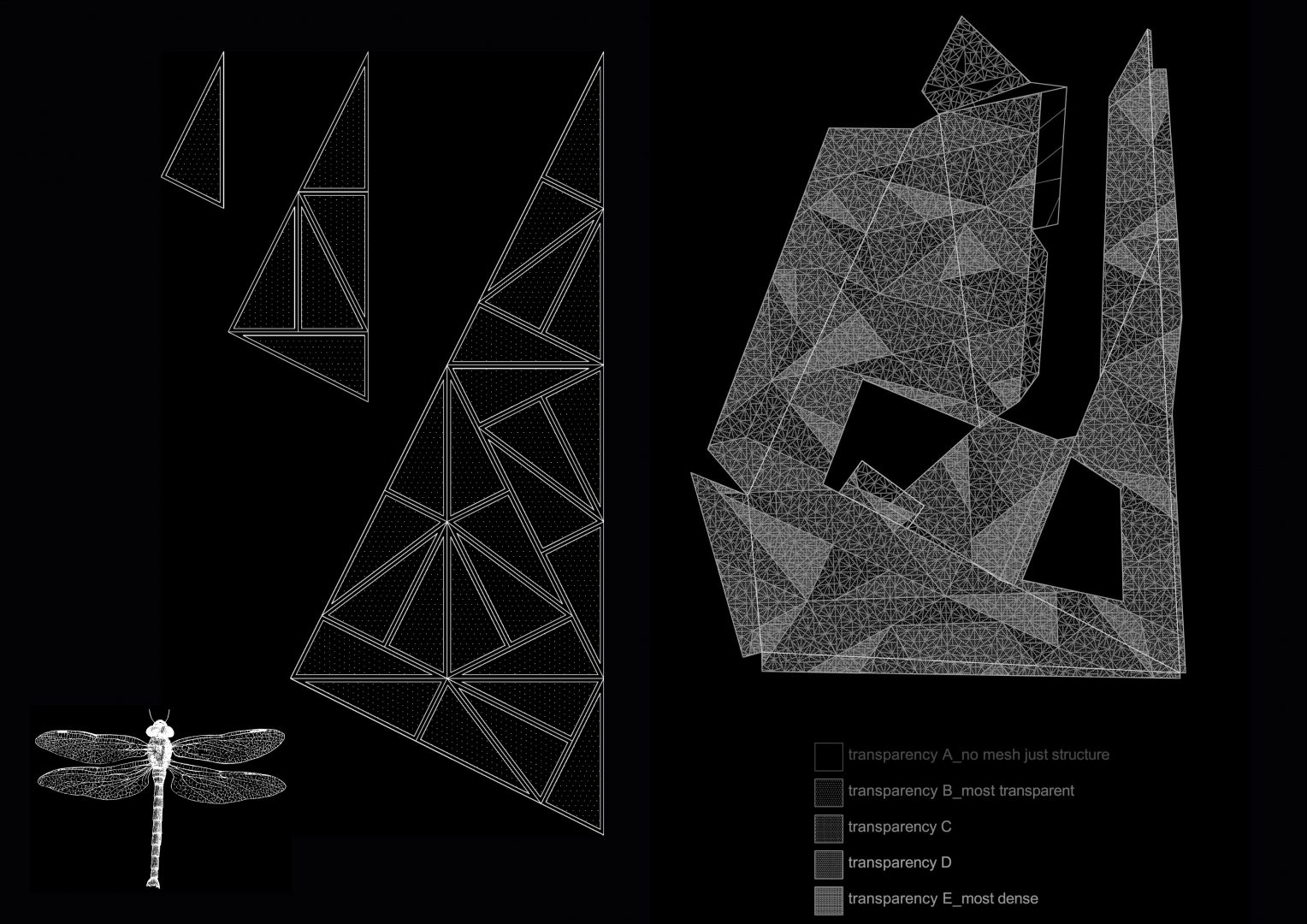 The project is guided by six main principles: sustainability in all aspects; openness and transparency; tangible quality; response to its context; the creation of a core; and the interplay between internal and 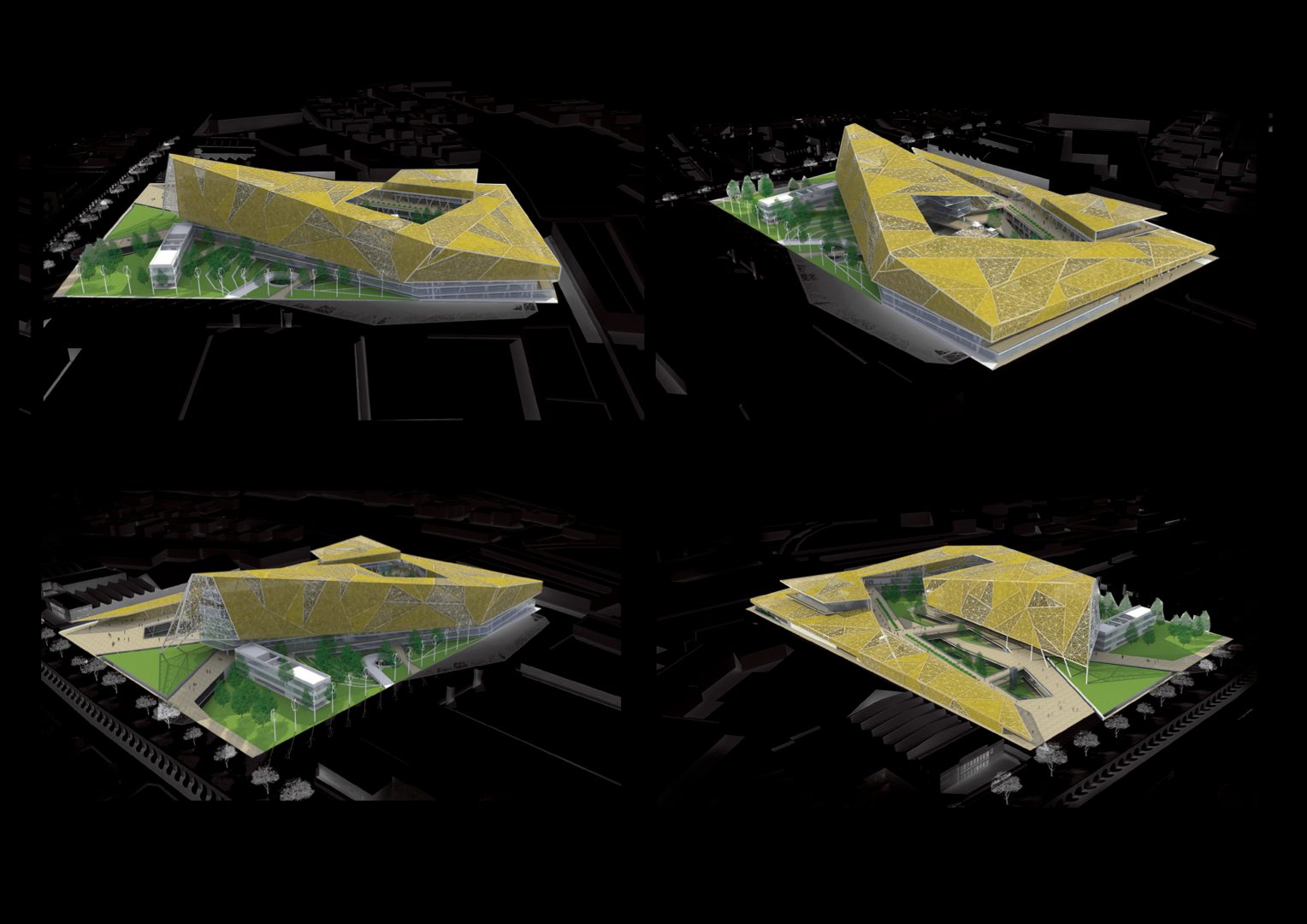 The massing aims at achieving a sculptural volume that can be experienced from all around the site, while at the same time incorporating external spaces that wrap around and within the main building mass. The concept evolved from the same sculptural volume that folded out of the site, with a flat piece of paper being cut, folded and formed into one volume. The concept developed into the consideration of the external skin of the building as a shell that encapsulates the internal volumes and that is perceived as being detached from the main building mass, hovering above the landscape, and imparting the scheme with a sense of lightness

The project aims at providing a progressive and holistic environmental design which incorporates both passive and active measures of energy requirement reduction and energy production. The emphasis does not lie on including individual environmental approaches but on achieving an optimised symbiosis between the various measures proposed, thus resulting in an overall improvement of the building’s environmental performance, by reducing its energy consumption and minimising its 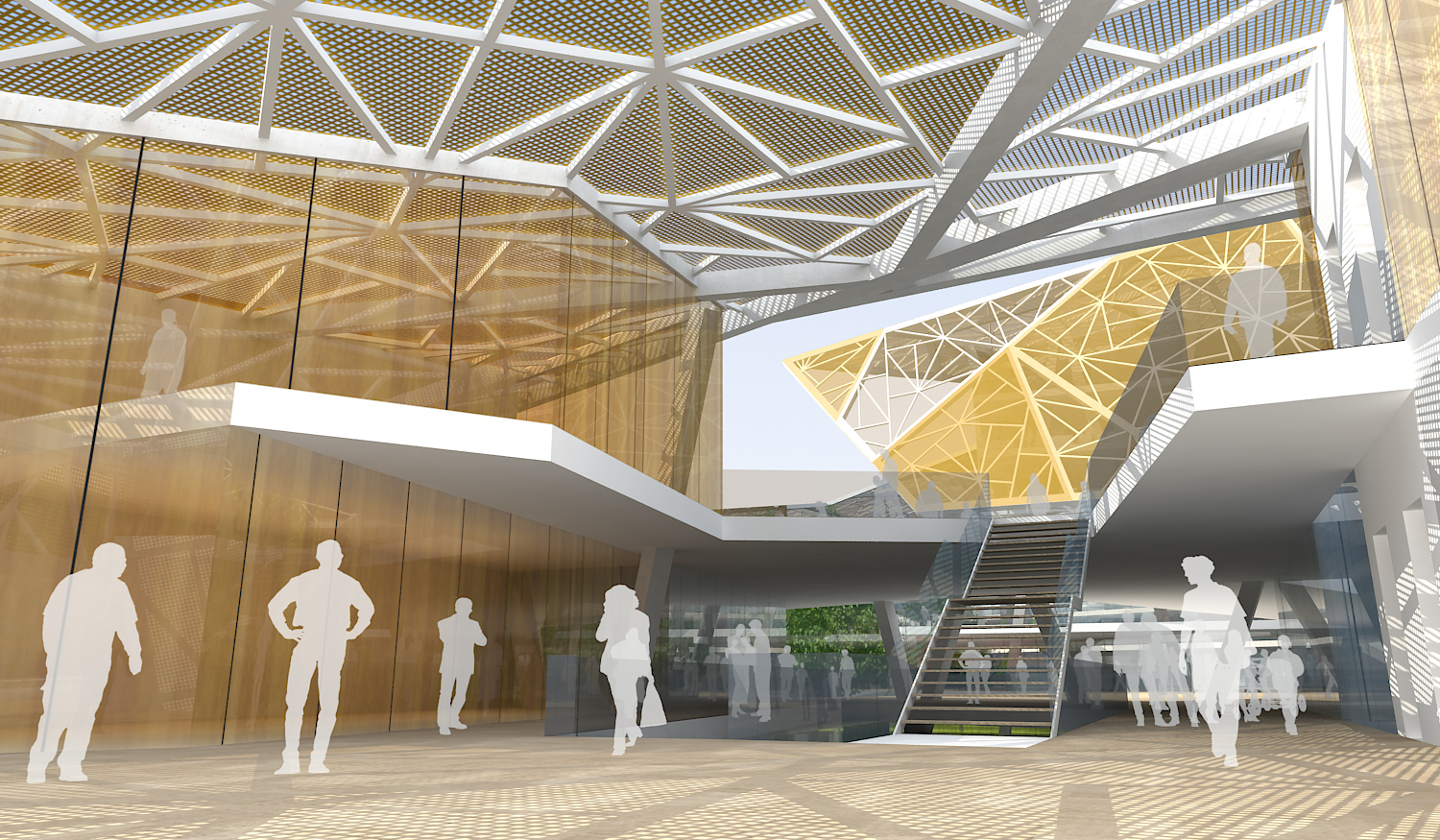 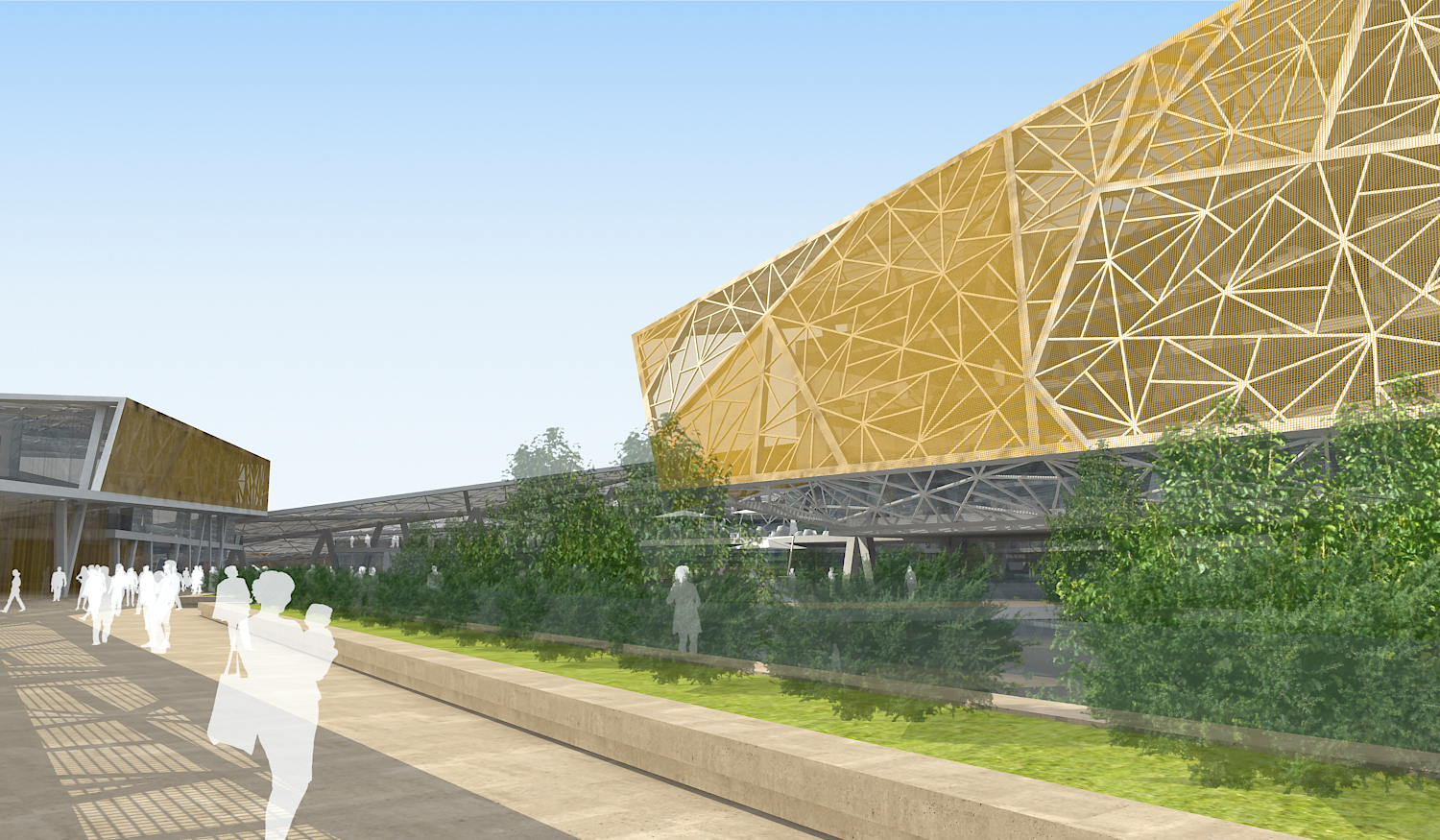 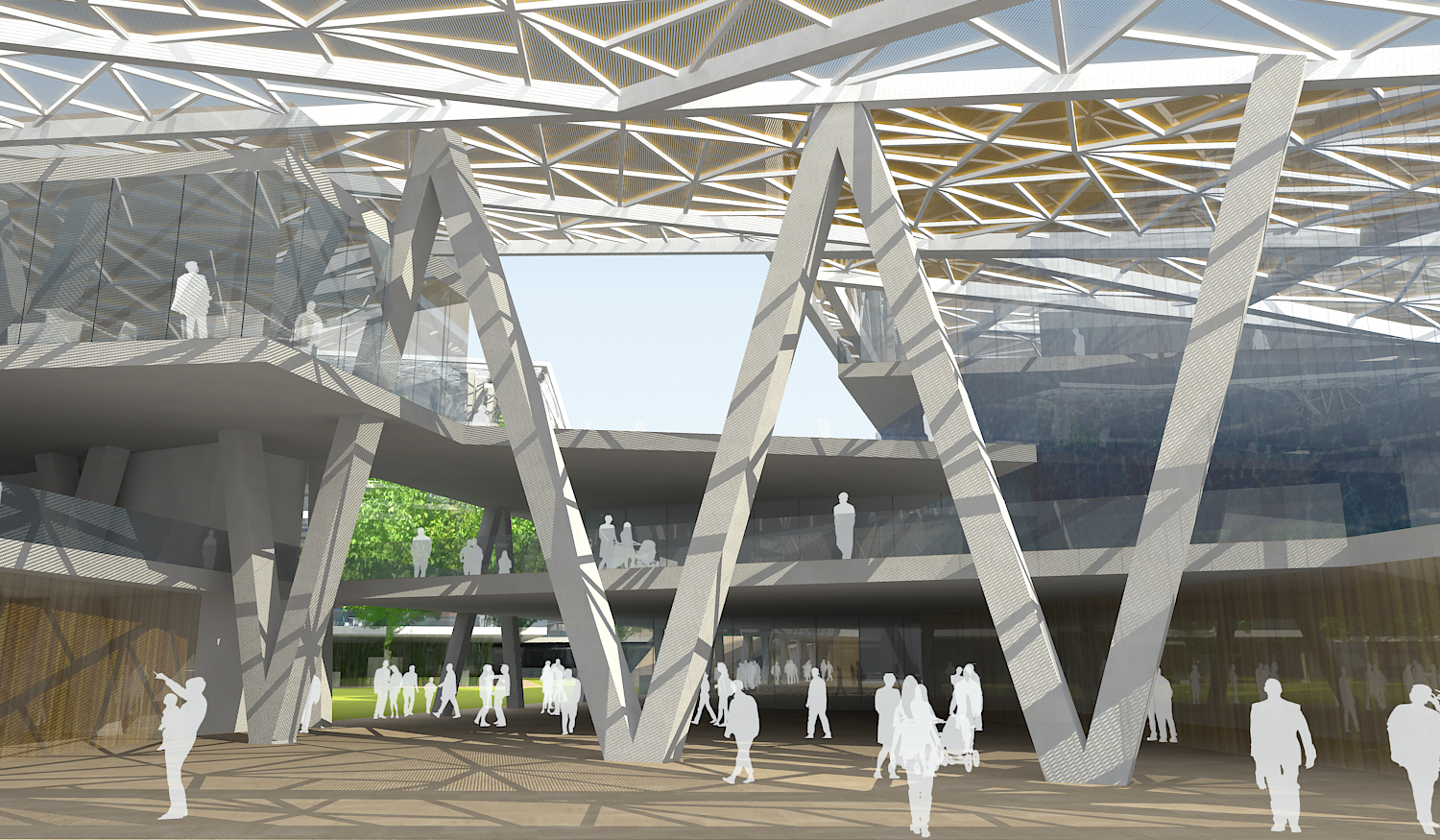 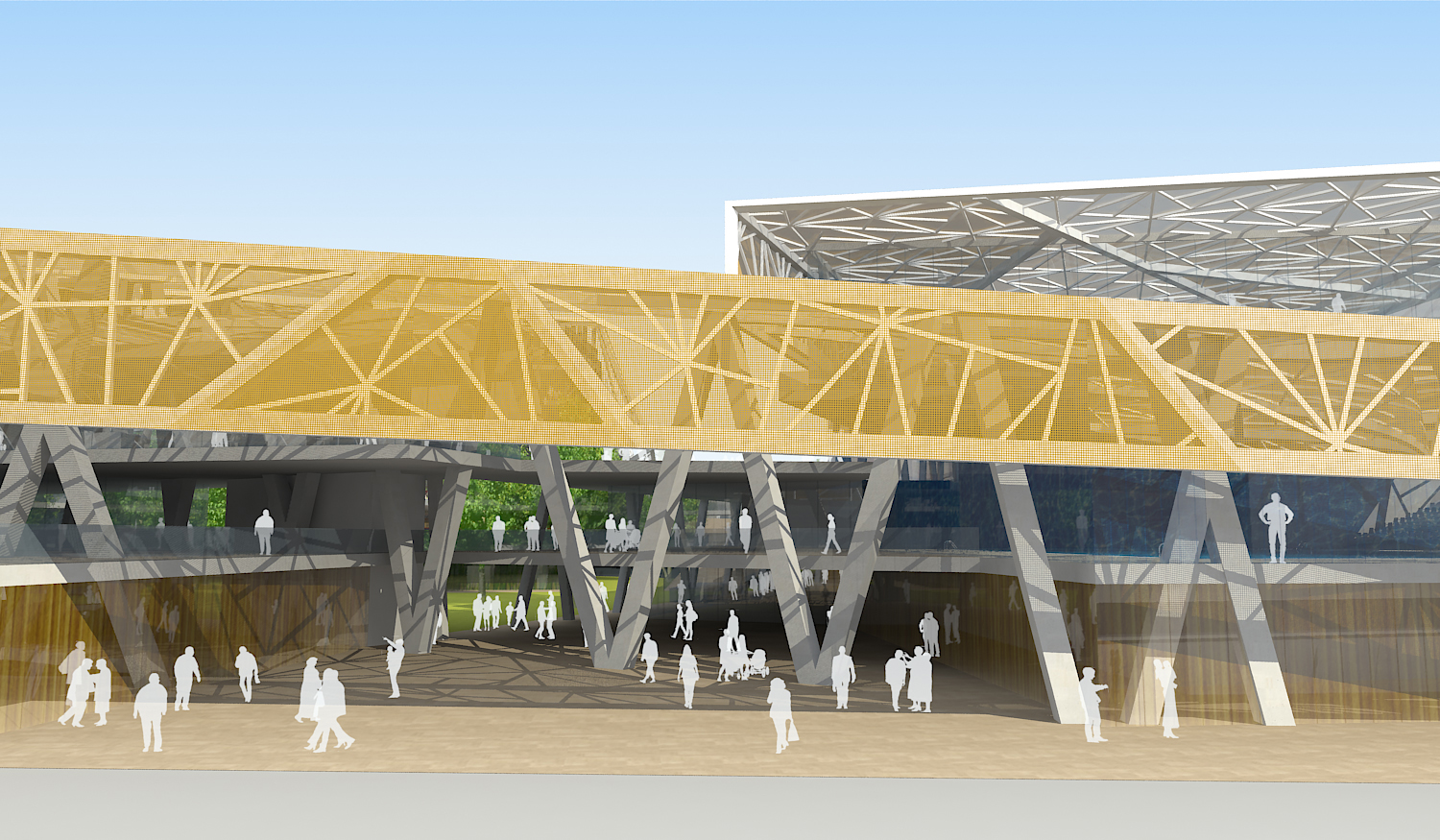 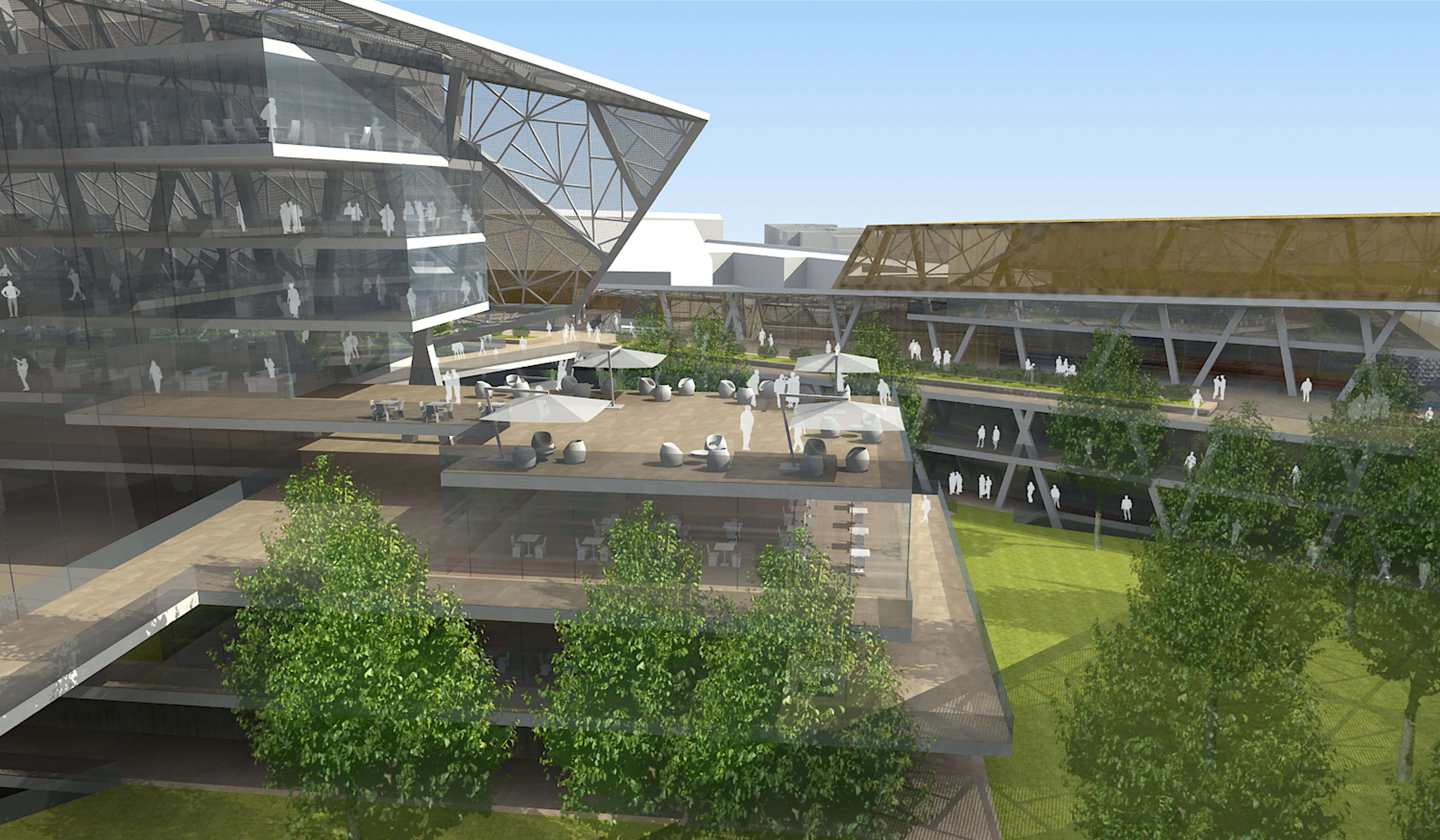 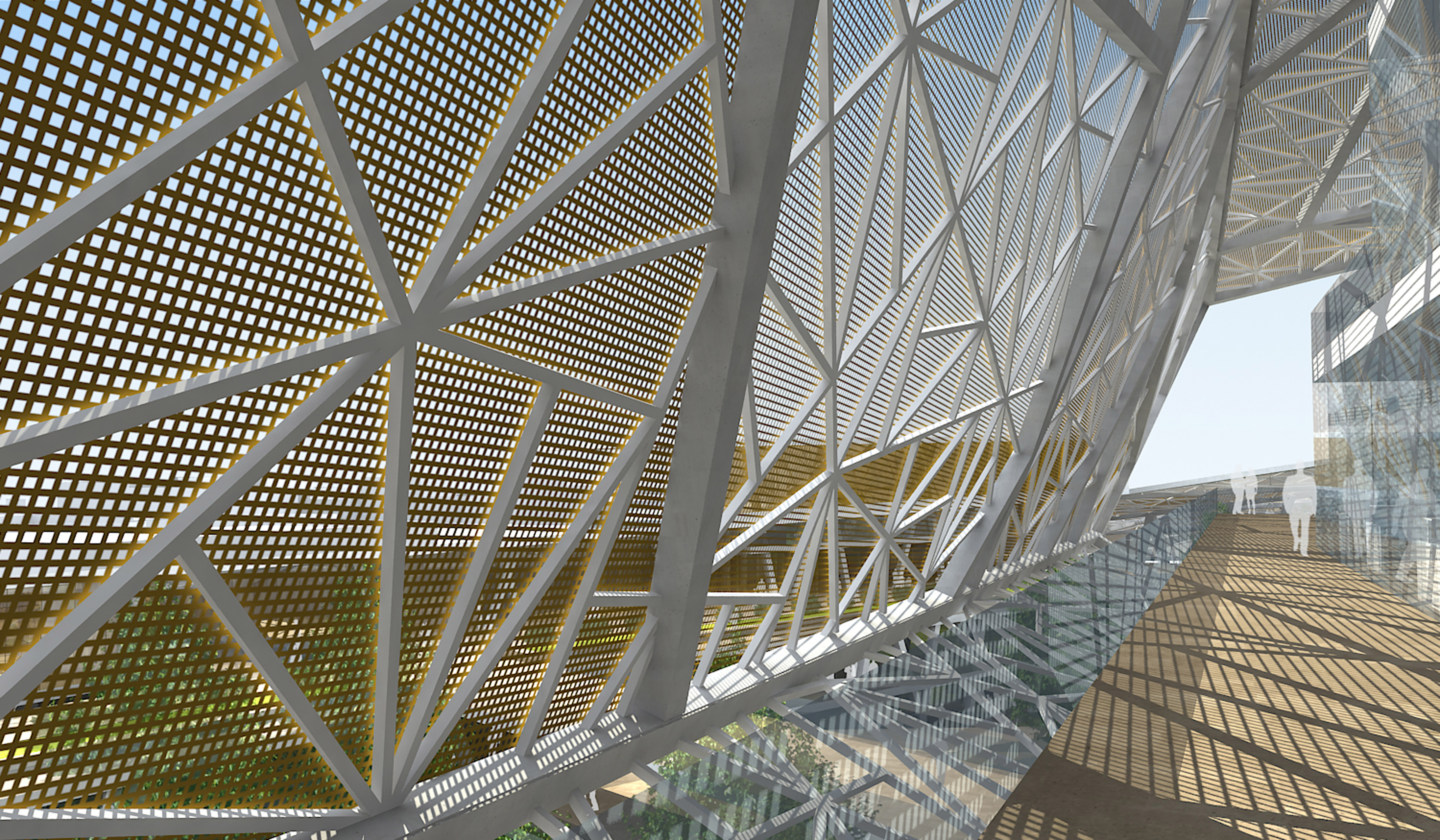 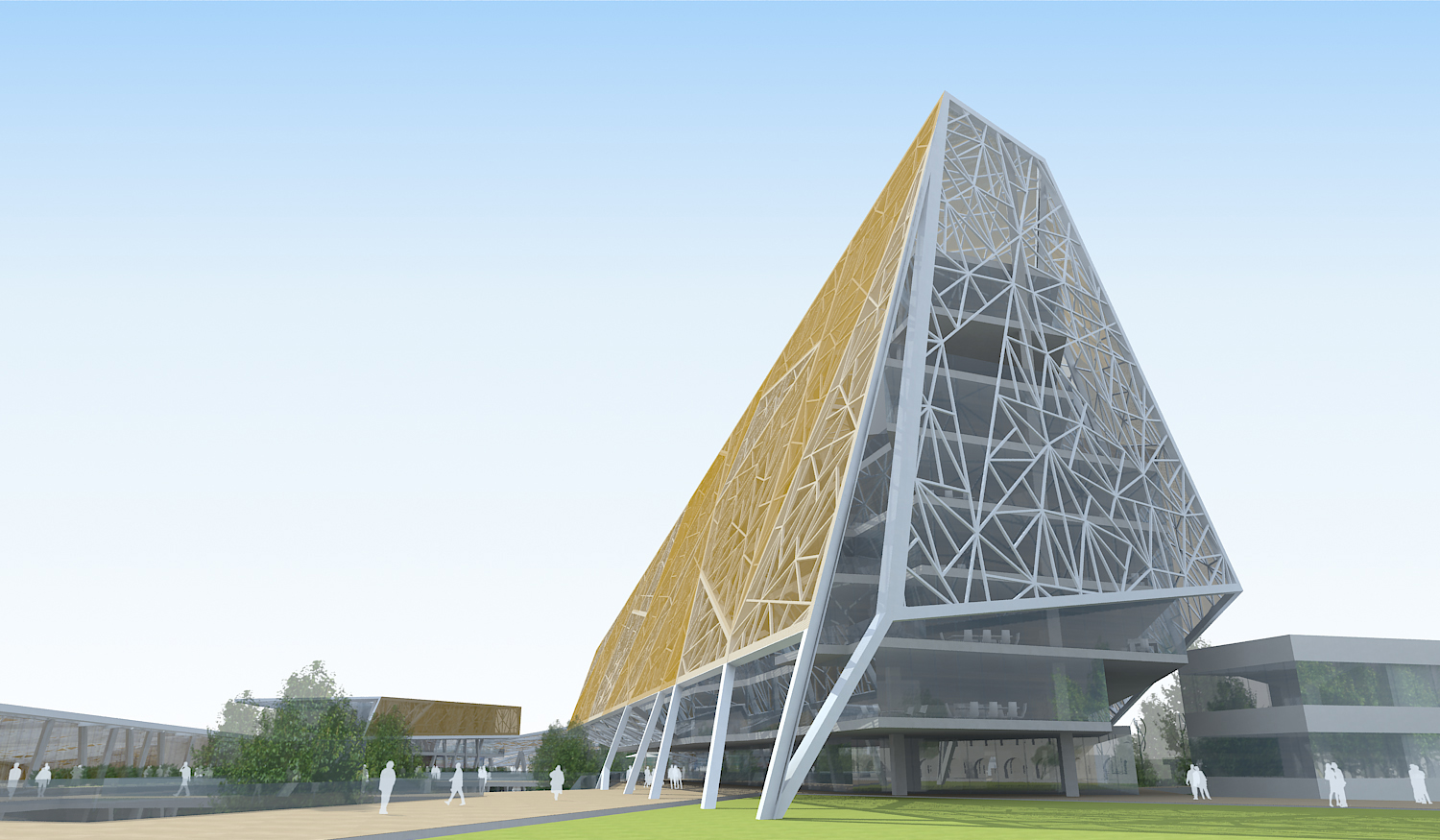