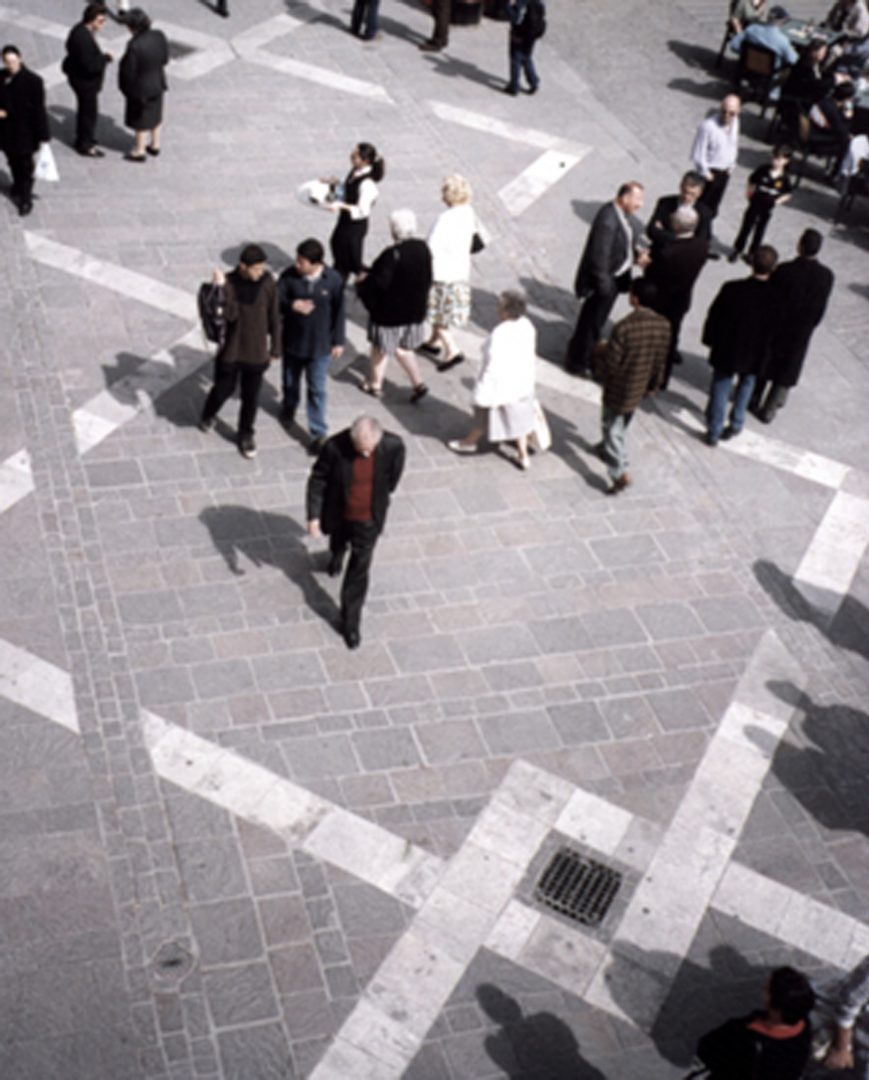 On the , six months after his arrival in Malta, Laparelli submitted a report to the Council of and illustrated it with four careful drawings, each accurately depicting the fortifications and the main street running straight along the spine of the city. The various solutions show a rectangular grid derived from this main axis. The original serpentine plan having been dropped, all that remained of the original idea for the town plan was this wide central street, built for reasons .

Our intervention for kept this vision in mind. Its aim was to give back the street its status of ‘protagonist’, which it had right from its inception. The architecture which defines its perimeter now gains a new autonomy, freeing itself, as it were, from the role of backdrop or support structure for the daily activities which they contain. This image, very much derived from the Ideal cities depicted in the panels in Urbino, Baltimore and Berlin, dictated the rhythmic and geometric pattern of the new paving that serves as a base for the interweaving of solid and void of the streets

To this effect, and after having studied numerous proposals and designs for street lighting, street furniture and vegetation, it became obvious that what was in dire need of was a purification process, eliminating any item that interferes with the dignity and rhythm of the architecture that form its sides, together with a noble articulated pavement to define the unravelling of space. The latter is a reinterpretation of the paving project that was initiated , when lava stones and slabs were imported for this purpose from Naples and married with local hardstone slabs to create a diagonal pattern that links the side streets with the . 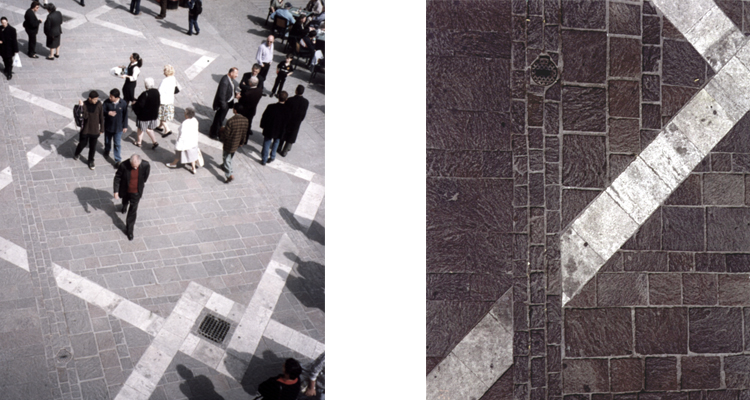 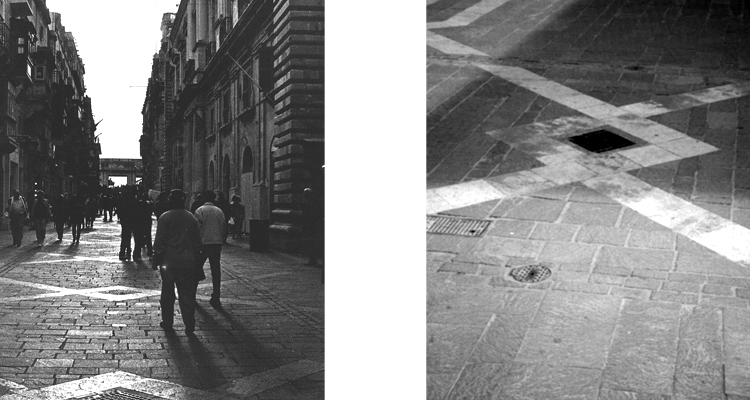 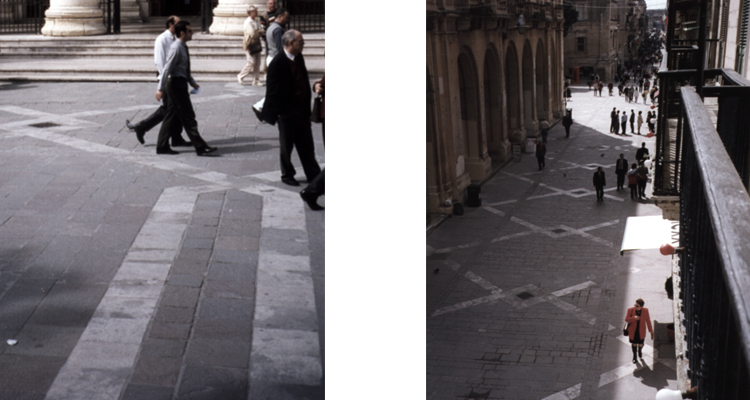