Our proposal’s intention is to build a functional, sustainable and visually congruent constellation of built and green landmarks around the MAXXI museum, with landscape taking on a consistent and central narrative role 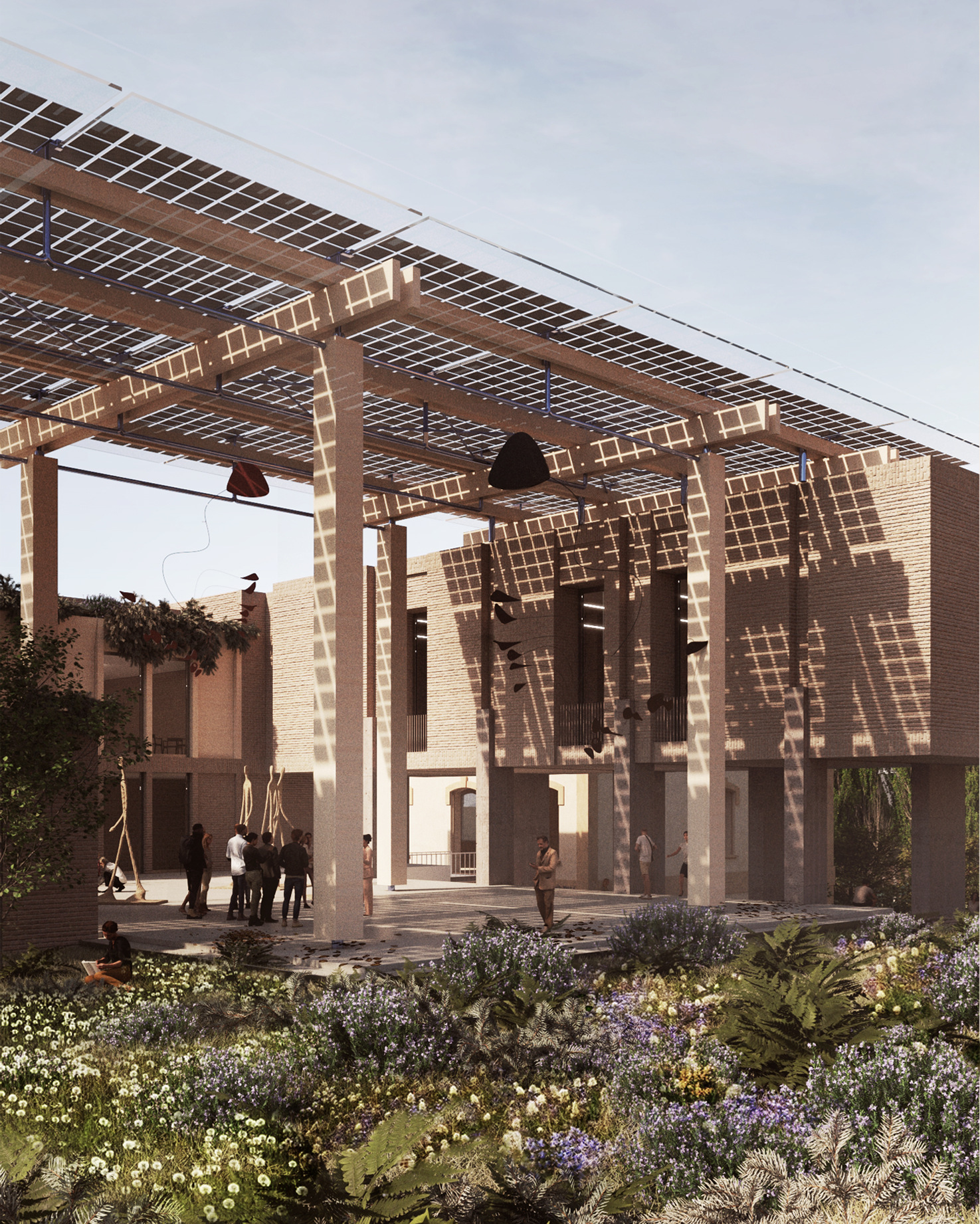 The main new building’s massing has been sculpted to curate views towards the MAXXI as visitors approach along Via Masaccio from the west. Its roundedged cantilever lifts to create sightlines directly to the museum’s main facade, the vocabulary of these curves echoing the character of its series of bended ribbons in plan. Throughout the proposal, new architecture looks to create connections with the composition of the MAXXI. A large canopy built to power and shelter the activities held in Building A run along the same axis as the museum’s linear atrium, pulling towards the MAXXI itself as it runs parallel 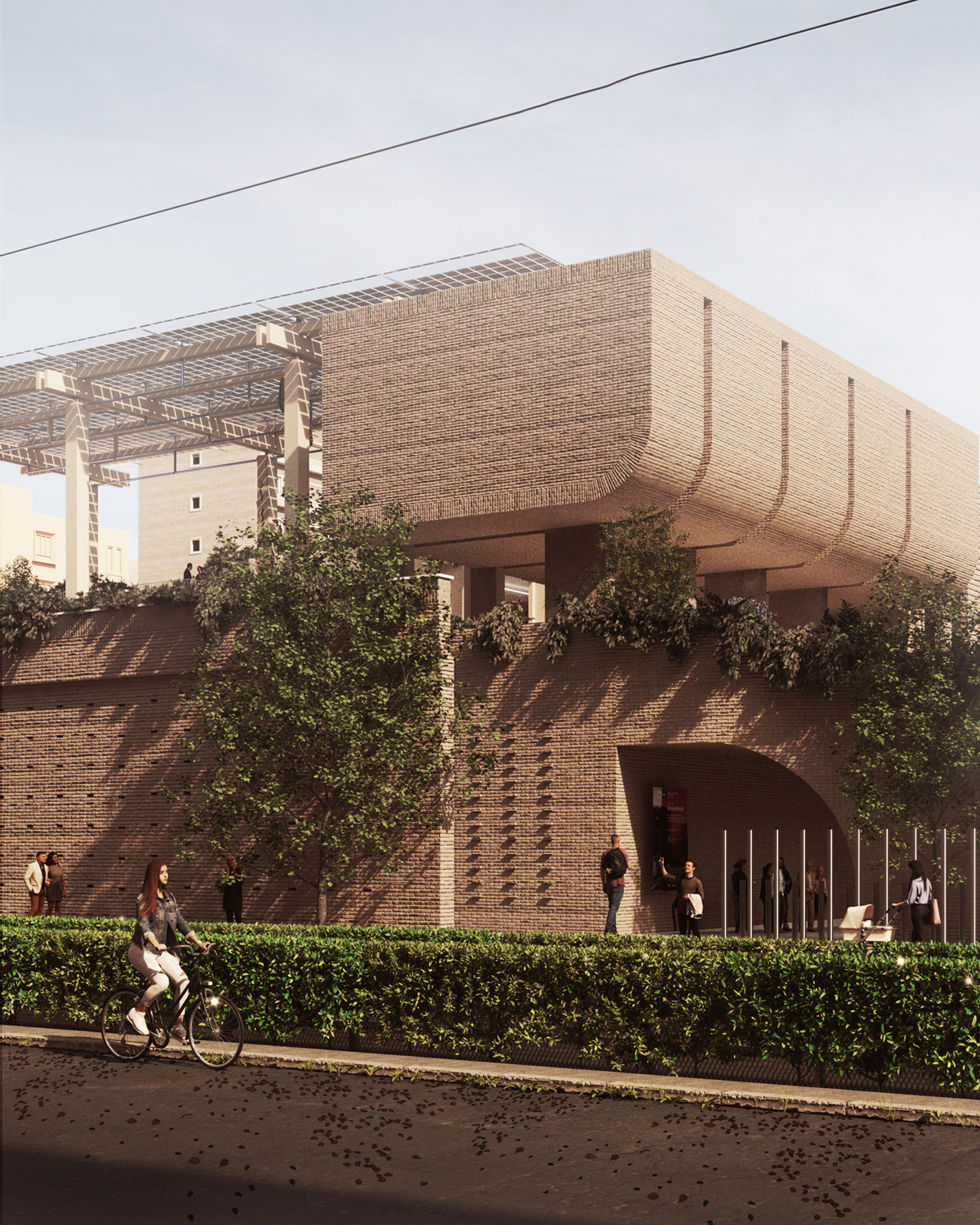 Drawing from the massing of the wider context of Flaminio, as well as from the direct requirements of its programmatic brief, our design for Building A is conceived as a solid, monolithic base that houses

Tucked behind the existing restaurant pavilion, Building A straddles the museum’s two entry points to the north and south, which currently join together via an entrance piazza beneath the museum’s 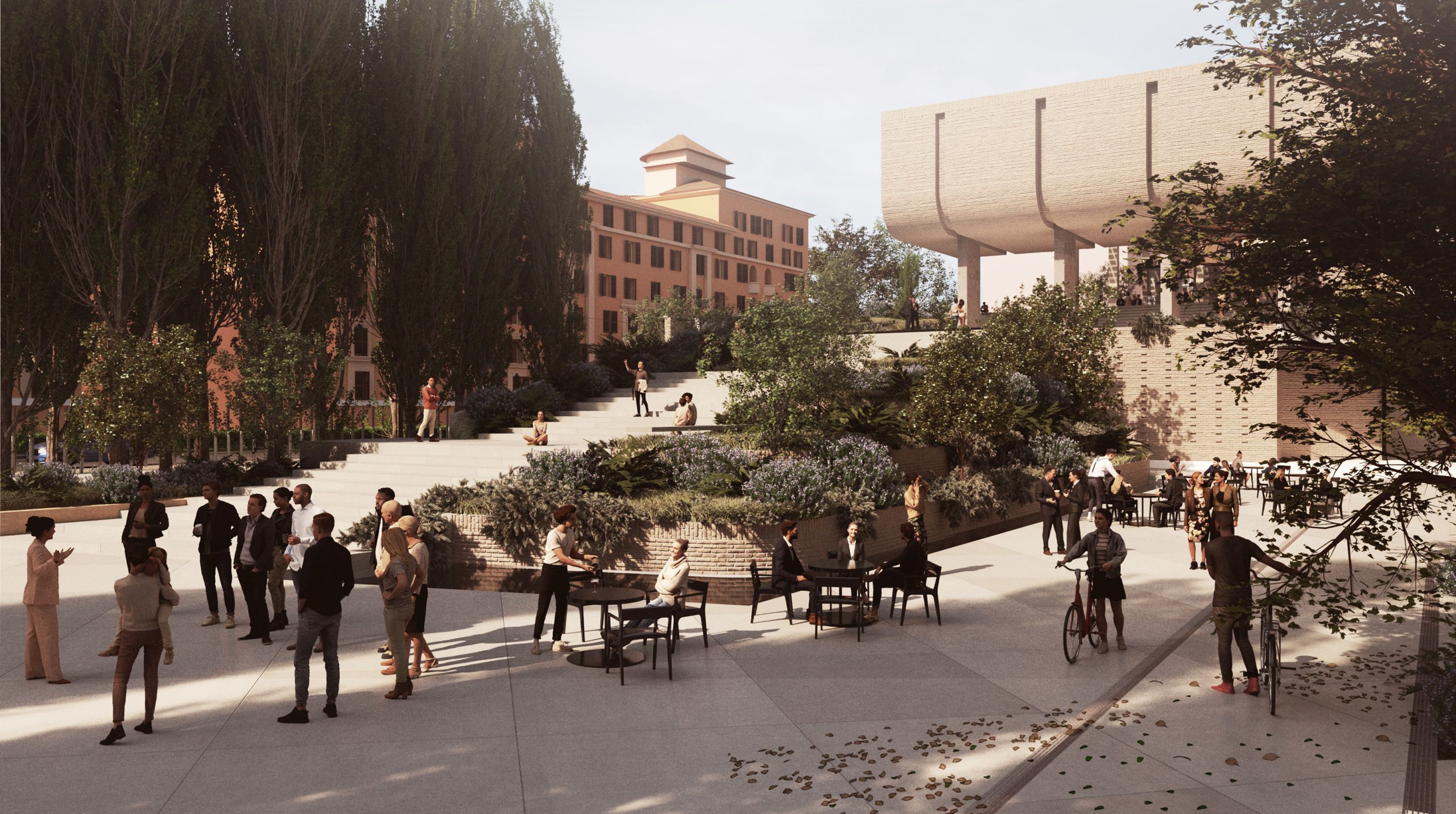 Our proposal converts this space into a greenlined thoroughfare, where pedestrian passage flows through a new space for outdoor exhibitions. A landscaped public staircase then leads visitors up to the roof garden, which acts as another platform for sculpture and installations. In choreographing this external route, the landscape brings staff, visitors and students to Building A’s roof garden without the need to enter the building itself, creating an unencumbered, intuitively accessed new plane of 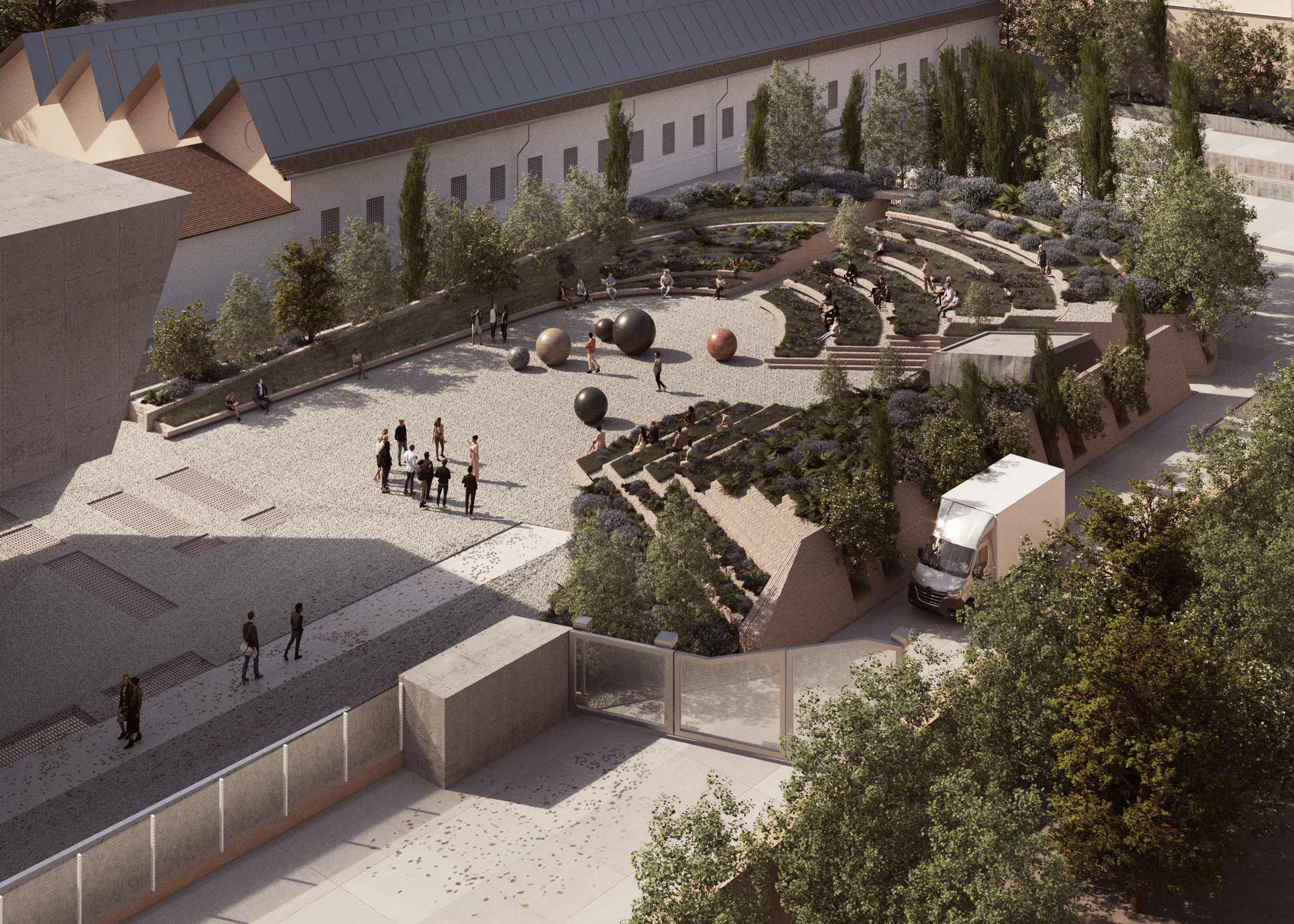 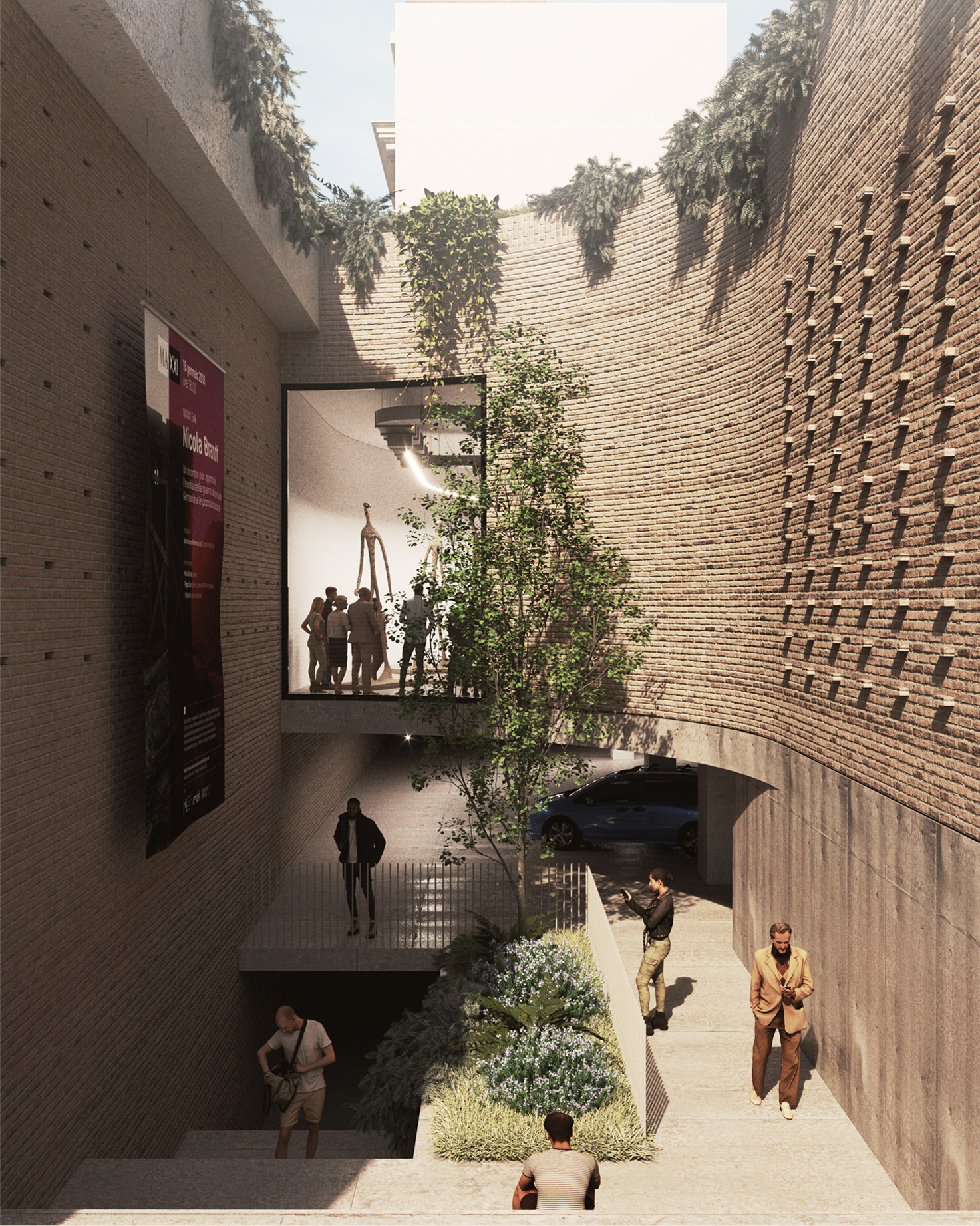 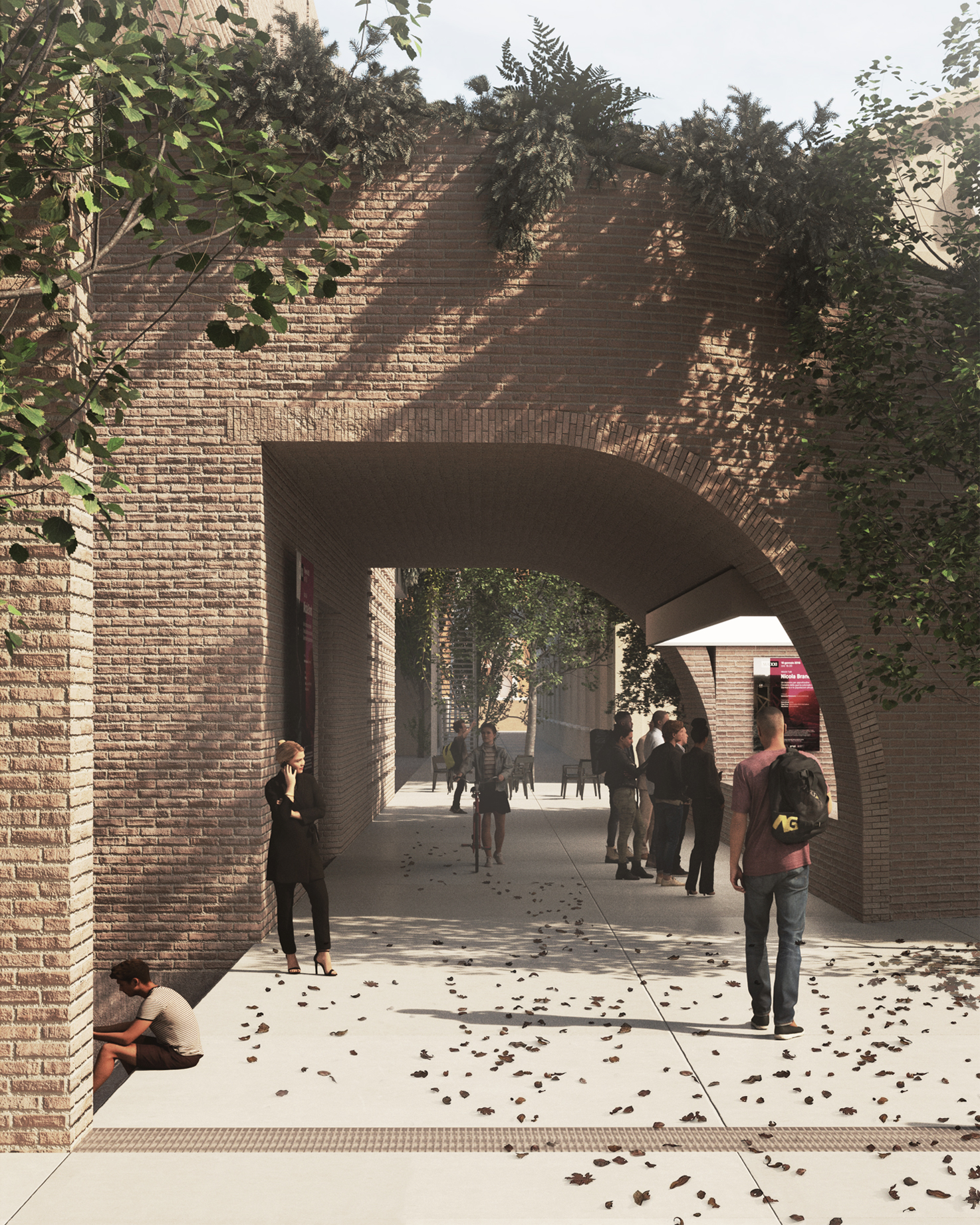