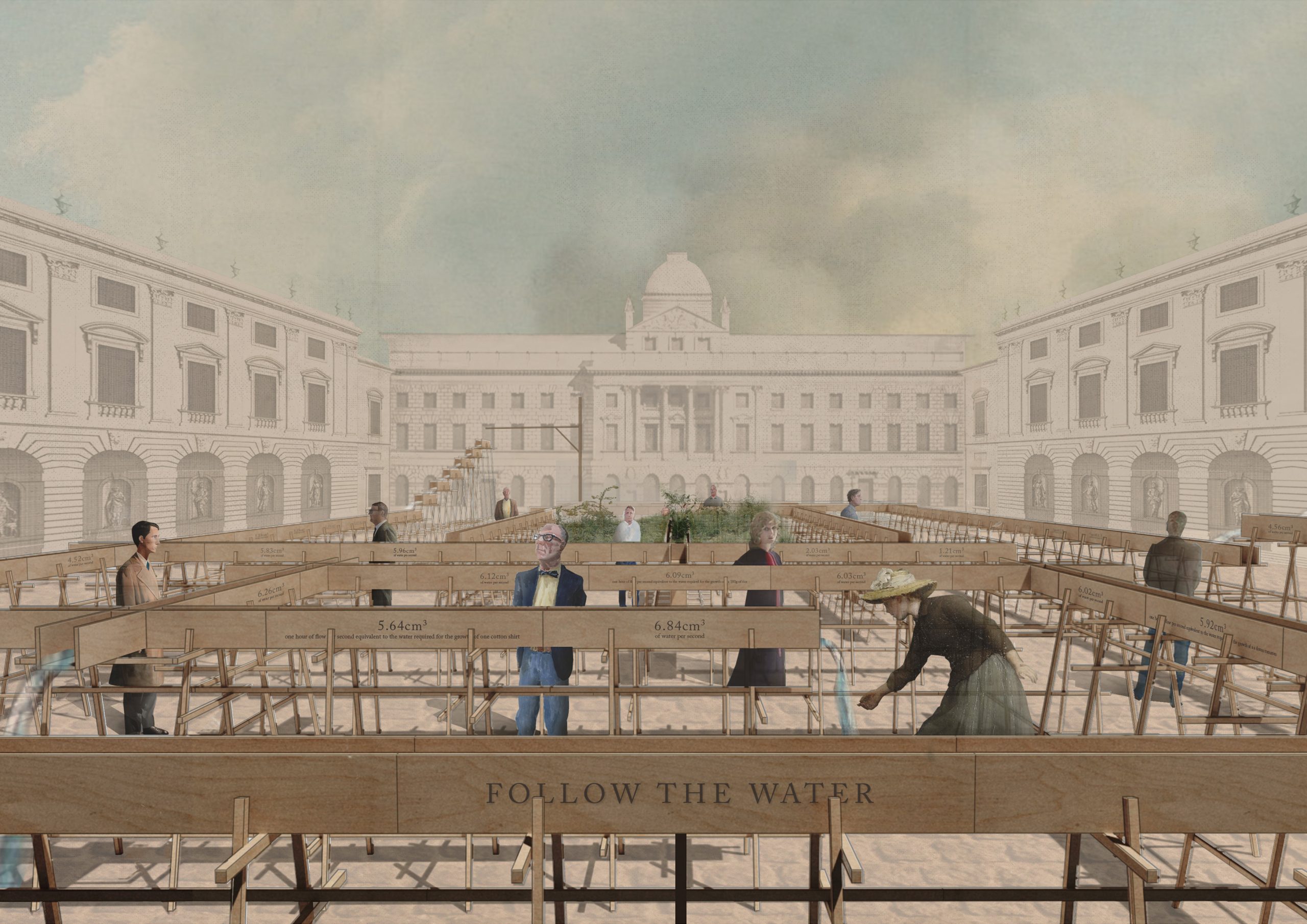 Follow the water is a reaction to the imminent water crisis that Malta and many other countries have to urgently tackle. By working with the existing water element in the square and re-interpreting its grid in a playful yet sober manner, the proposal expresses the transformative and communicative power of design while responding to the radical social and environmental changes at the core 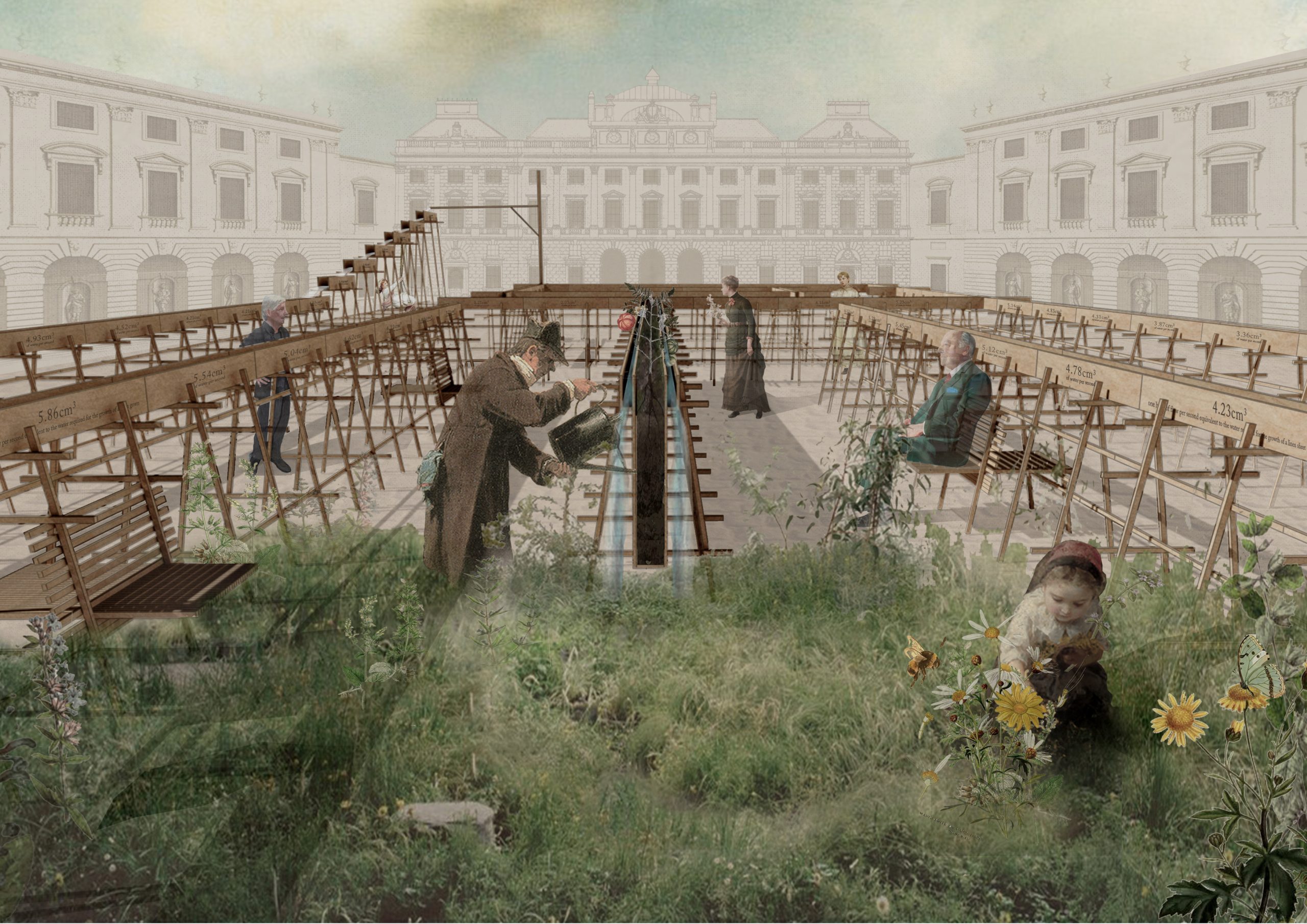 The proposal focuses on exploiting the water of the existing fountain at the centre of Somerset House as its primary design and concept element. By ‘hacking’ the fountain’s system, water will be transformed from a merely decorative element to the centre of an installation which will question its uses. In this way, its value as primordial generator of life will be evoked in order to raise awareness about its importance for all essential 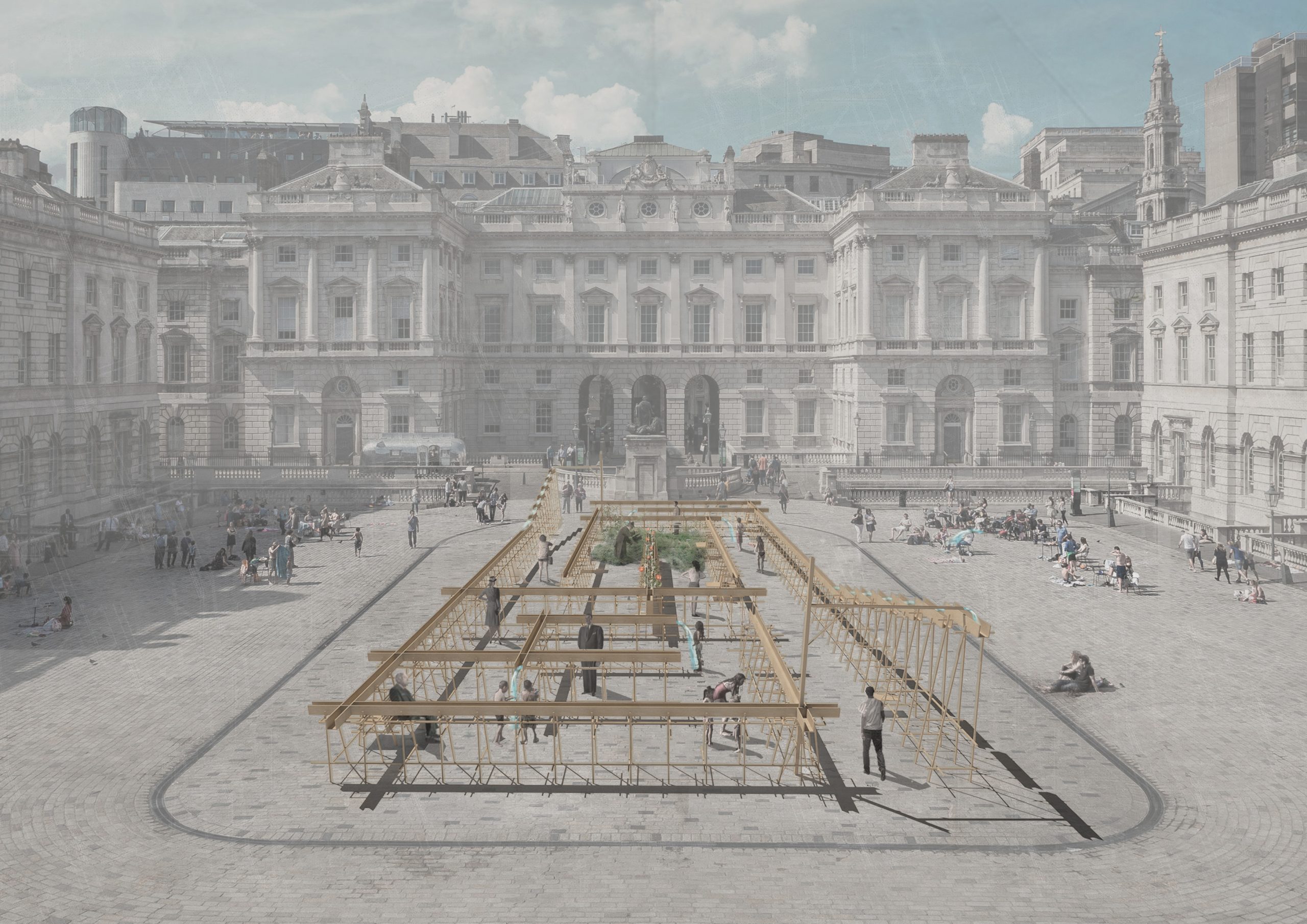 The concept is inspired by the duality of the state of water, that is quintessentially Maltese: the lack of it, due to a combination of geological, geographical, climatic conditions as well as human activities; and yet its abundance, Malta being an island surrounded by 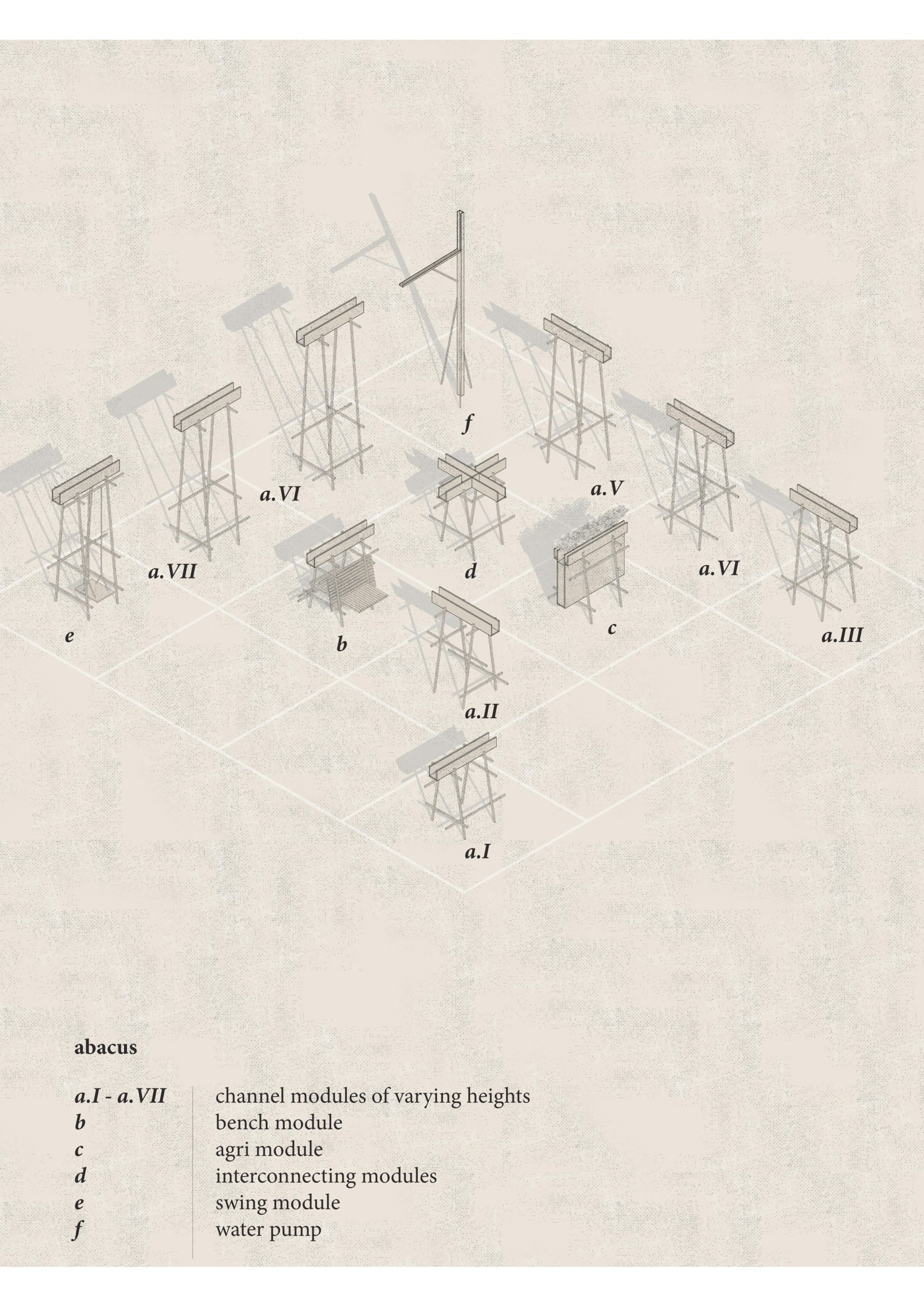 Channelled into a modular structure reminiscent of the typical Maltese canals and aqueducts, it will create an enclosed space within the courtyard: a space to explore and to enjoy which offers shelter from the frantic urban environment in which it’s easy to lose touch with natural elements essential 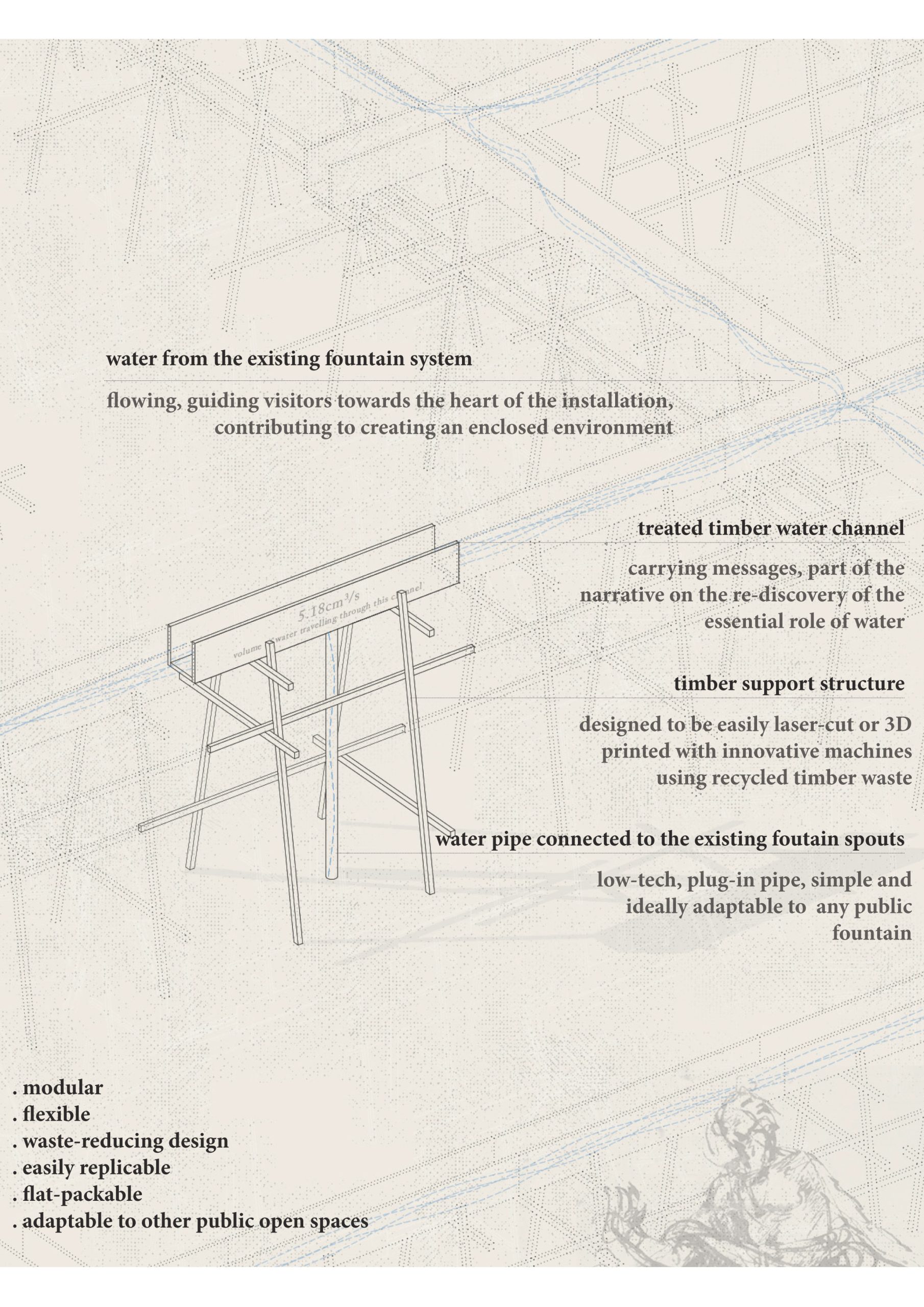 We have, in a very abstract way, referenced a historical experiment that was also based on water, on the sustainable qualities of the Hortus Clausus, and on self-sufficiency and circularity, that of the ‘gonna tal-kmand’. These gardens were commissioned by Civil Commissioner Alexander Ball between 1802 and 1805, to be used for agricultural experimentation and to provide free seeds and shrubs to the local farmers. We would like to re-create the sense of close contact with nature, serenity and order that those that survive of these historical structures 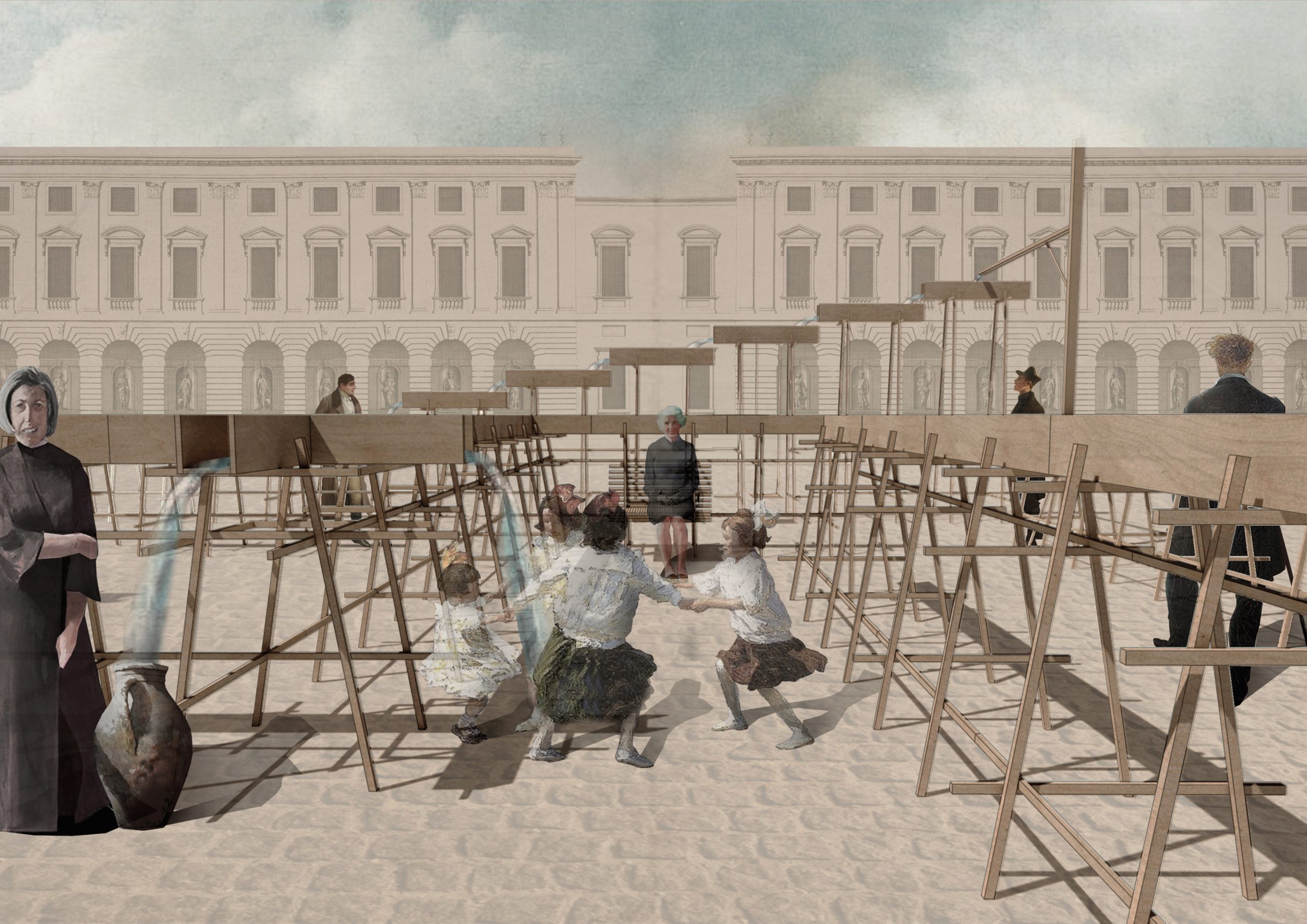 Follow the water intends to deliver artistic excellence by expanding on the aesthetics of the proposed modular system, on the power and poetry of water, on the collaborations that further concept development will encourage, and on the interaction

This proposal was developed in collaboration with GreenLab UK and Hannah Dowling. Short film by Daniel Xuereb featuring 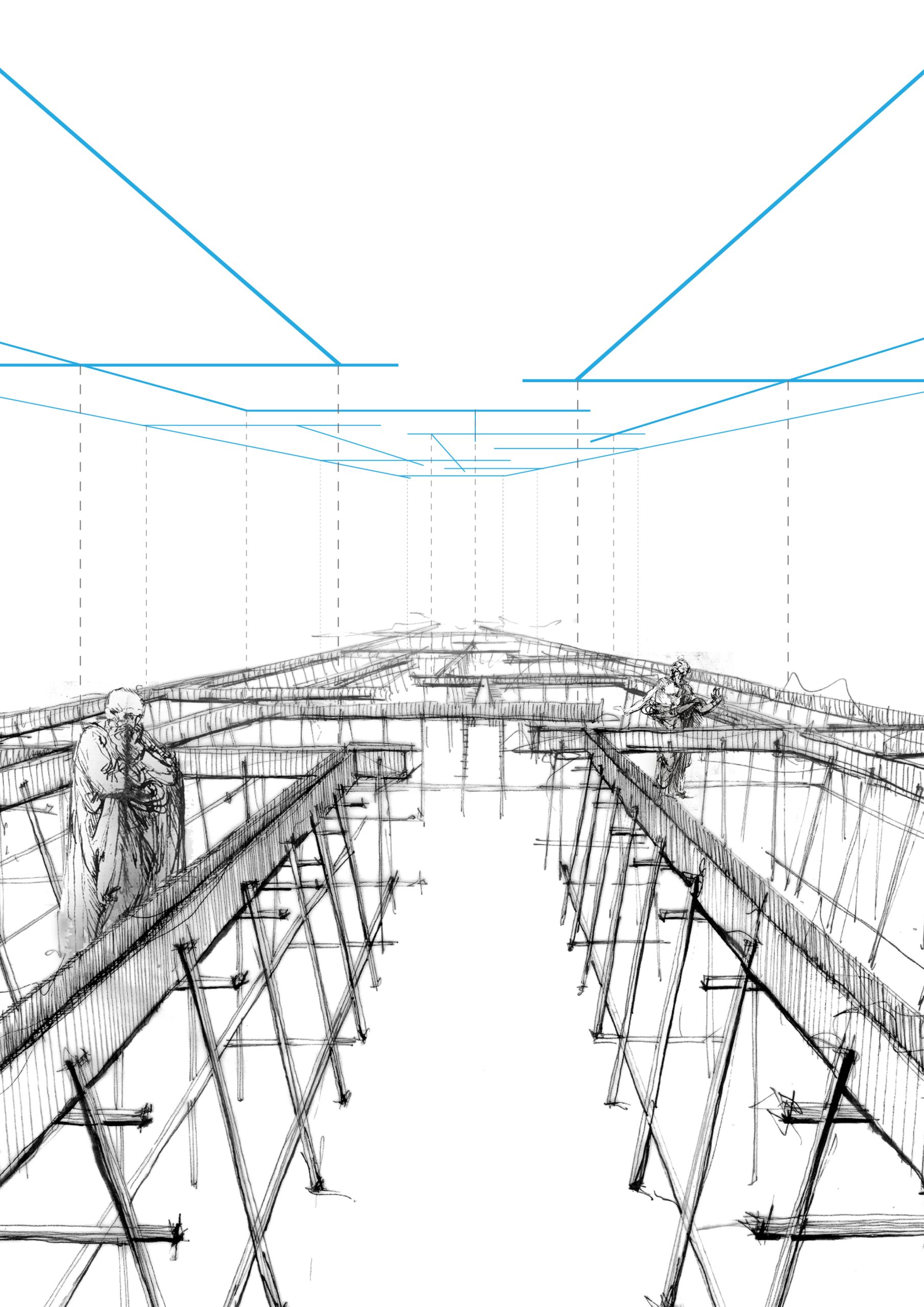 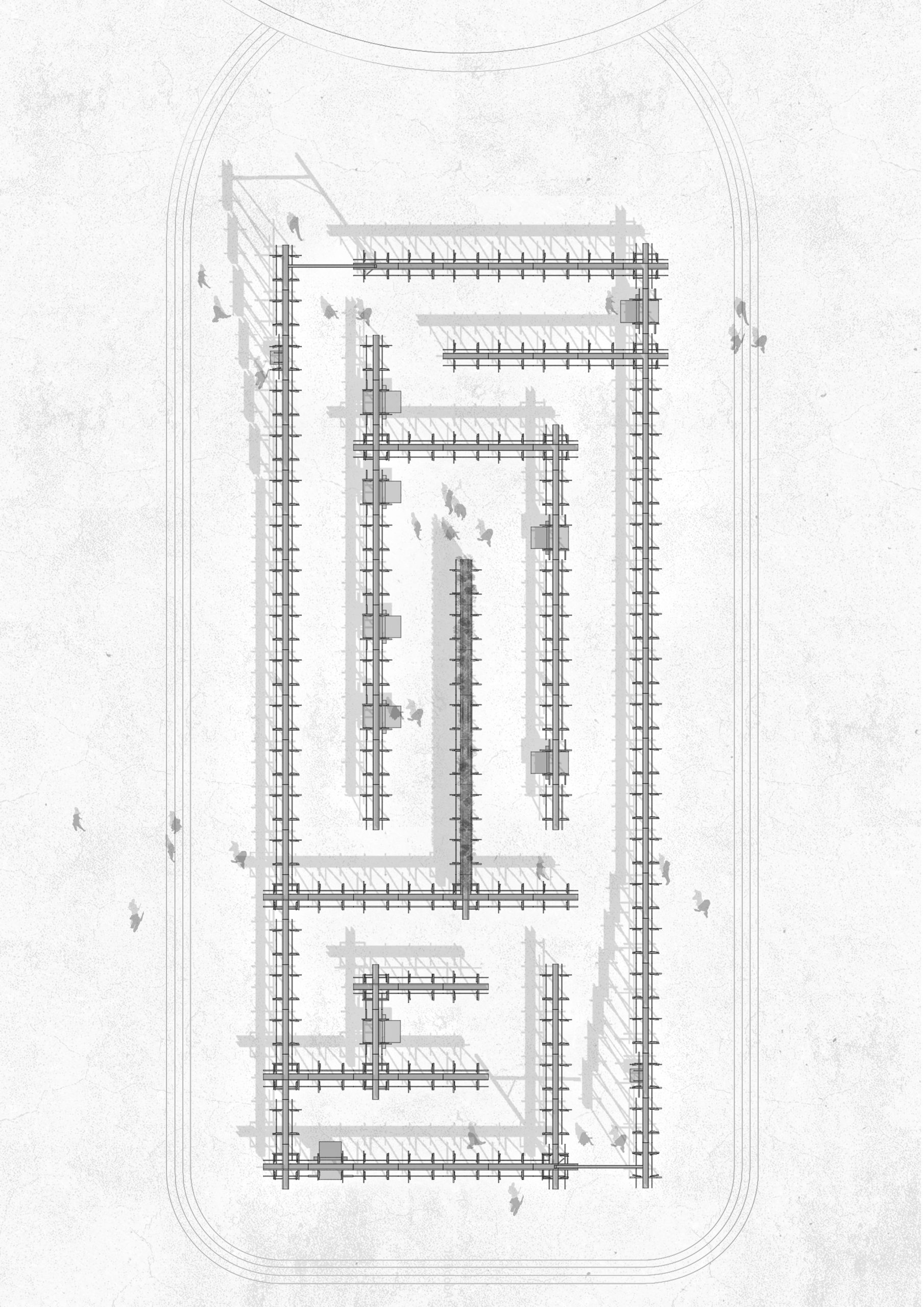 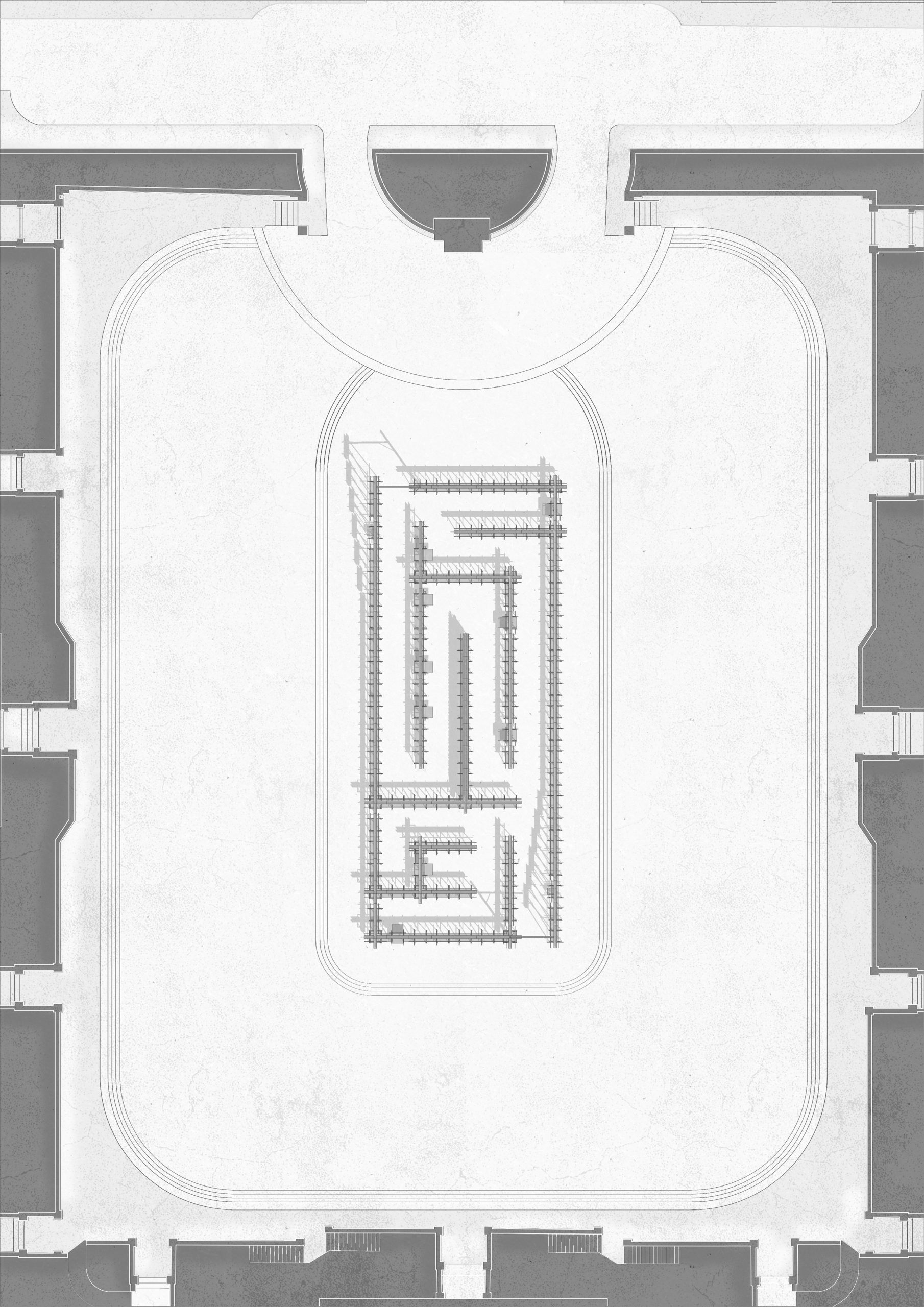