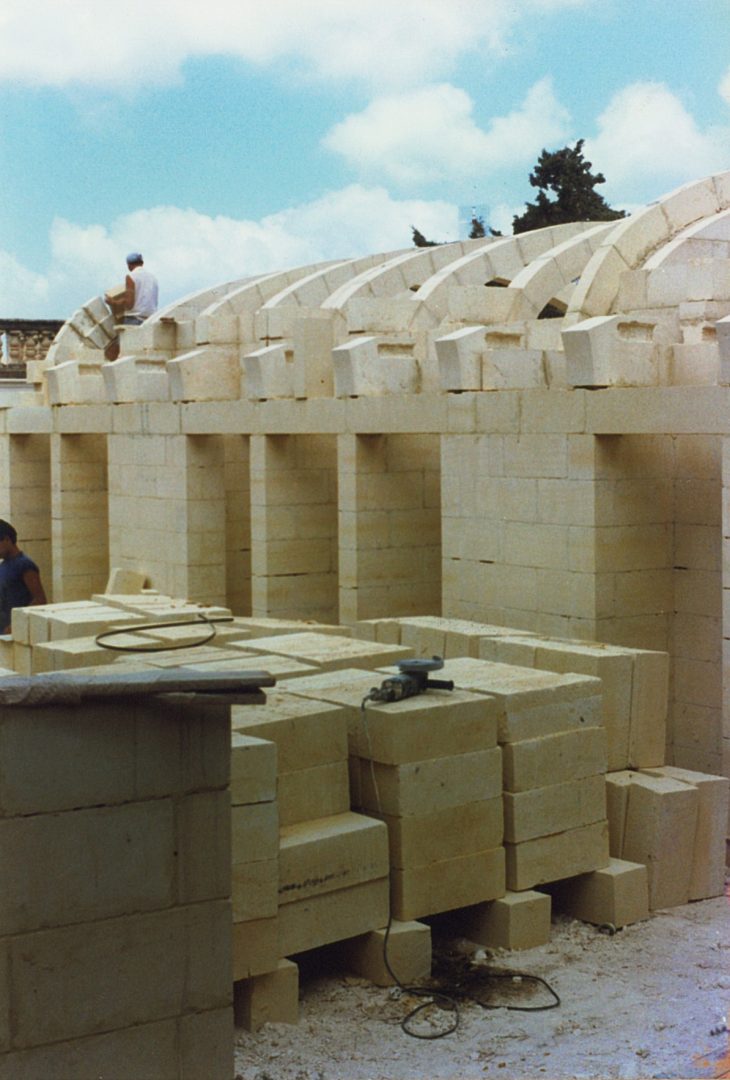 Found in a mature garden surrounded by pine trees, house was designed and built for an elderly lady and her nurse. Using a plan typology based on a repetitive system of parallel stone arches and vaults. All the rooms have been grouped into two parallel spaces of equal width roofed by closely spaced stone arches in the traditional manner. Whereas in vernacular architecture the segment on both sides of the apex would be in-filled with the same stone to support a flat roof or floor above, the arches in this house support parallel .

While clearly reminiscent of vernacular building, the resulting interior volumes have an even stronger directional character and dignity, over and above that expected in what is otherwise a very .

Another big deviation from the traditional type is in the use of deep, hollow service walls to support the vaults and separate the main volumes. Built from the same stone, these service spines vary in width, according to what they enclose: wardrobes and storage spaces, or bathrooms