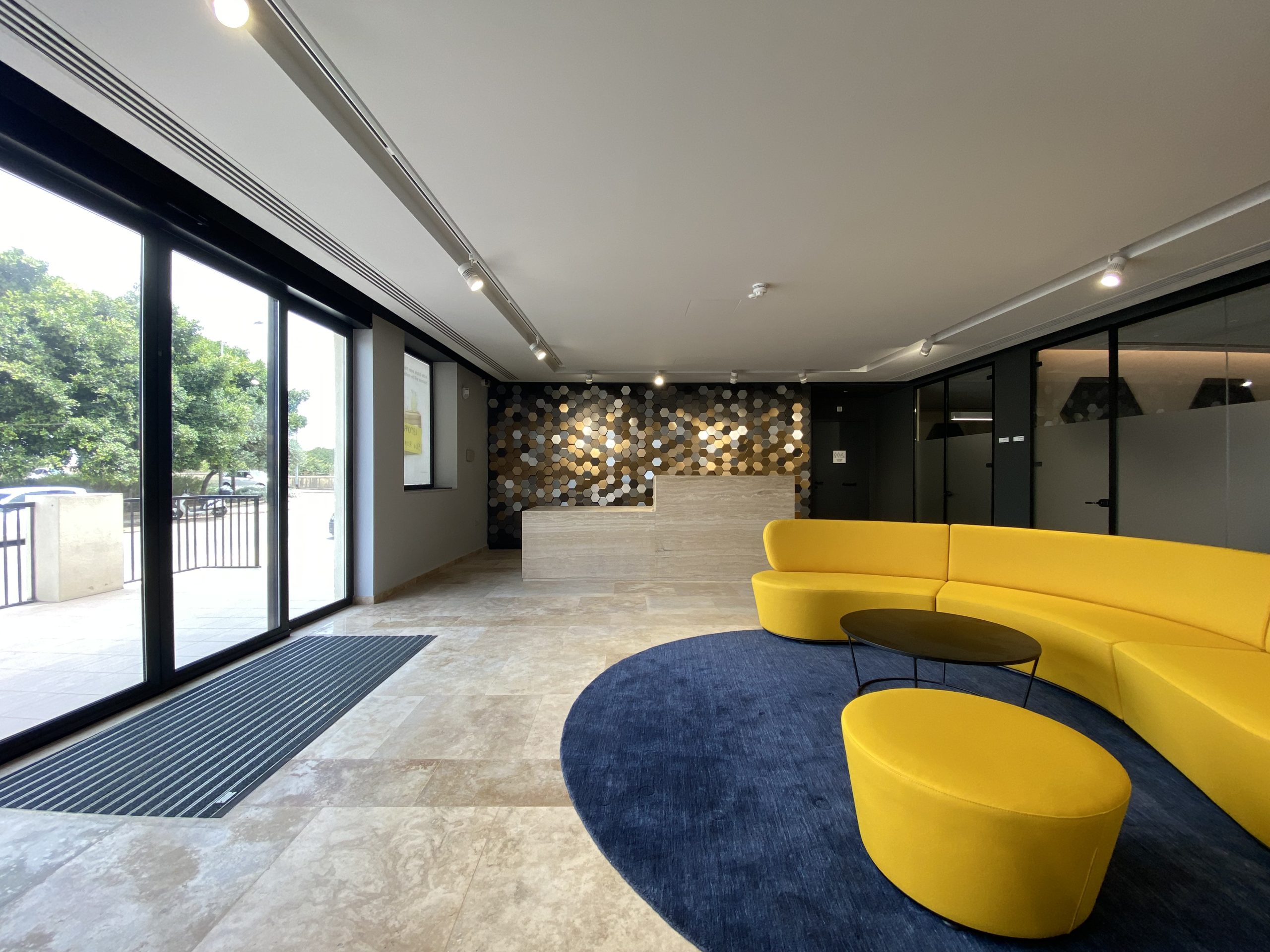 The project tackled the redesign of three specific areas within the building: the ground floor, part of the first floor and the extension of the canteen service space at 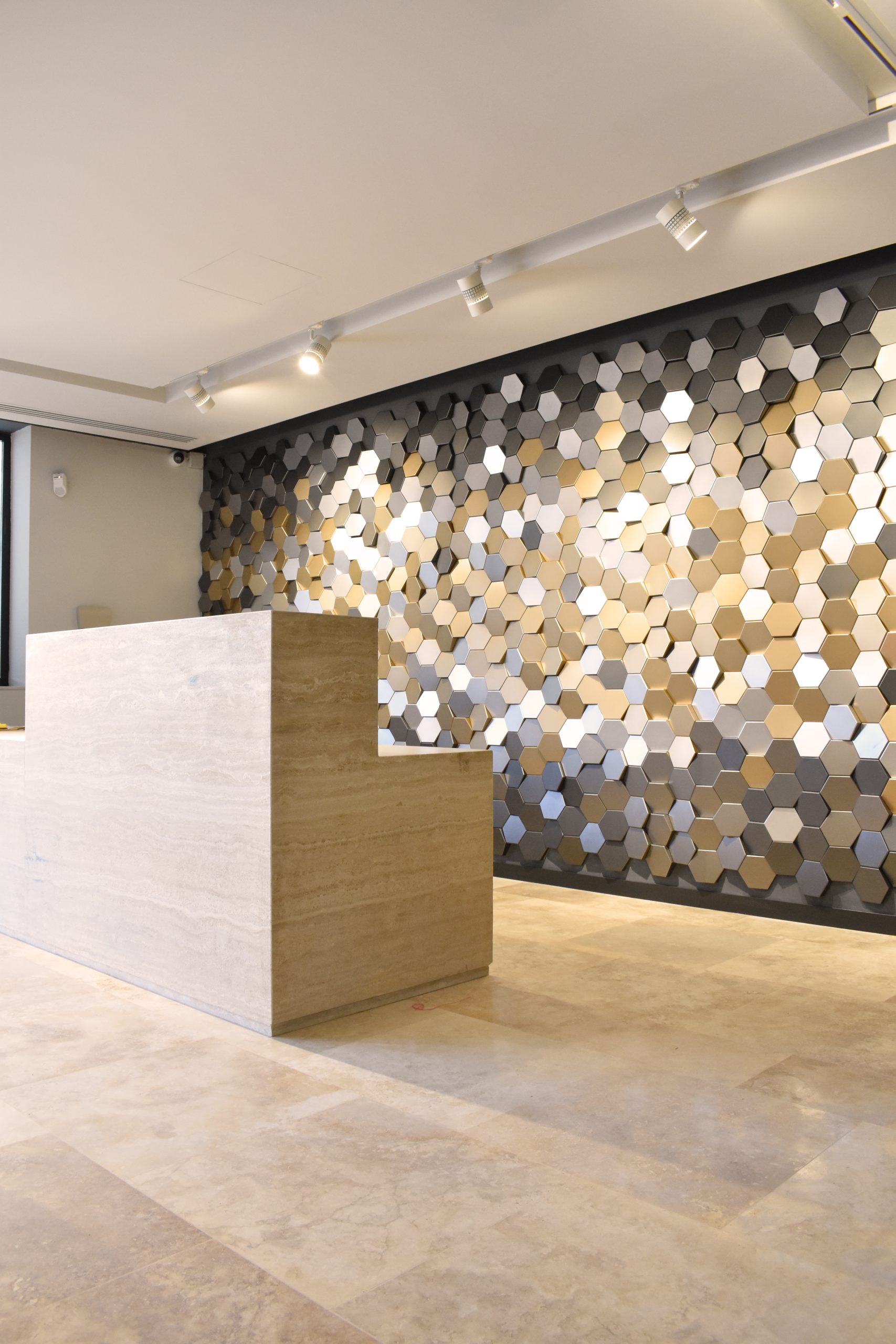 The proposal integrates aspects of the HSBC Global Workspace Standards, with the local ones. The colour and materials palette used are related to vernacular architecture and elements of the island, allowing for the inception of a sense of local being as soon as 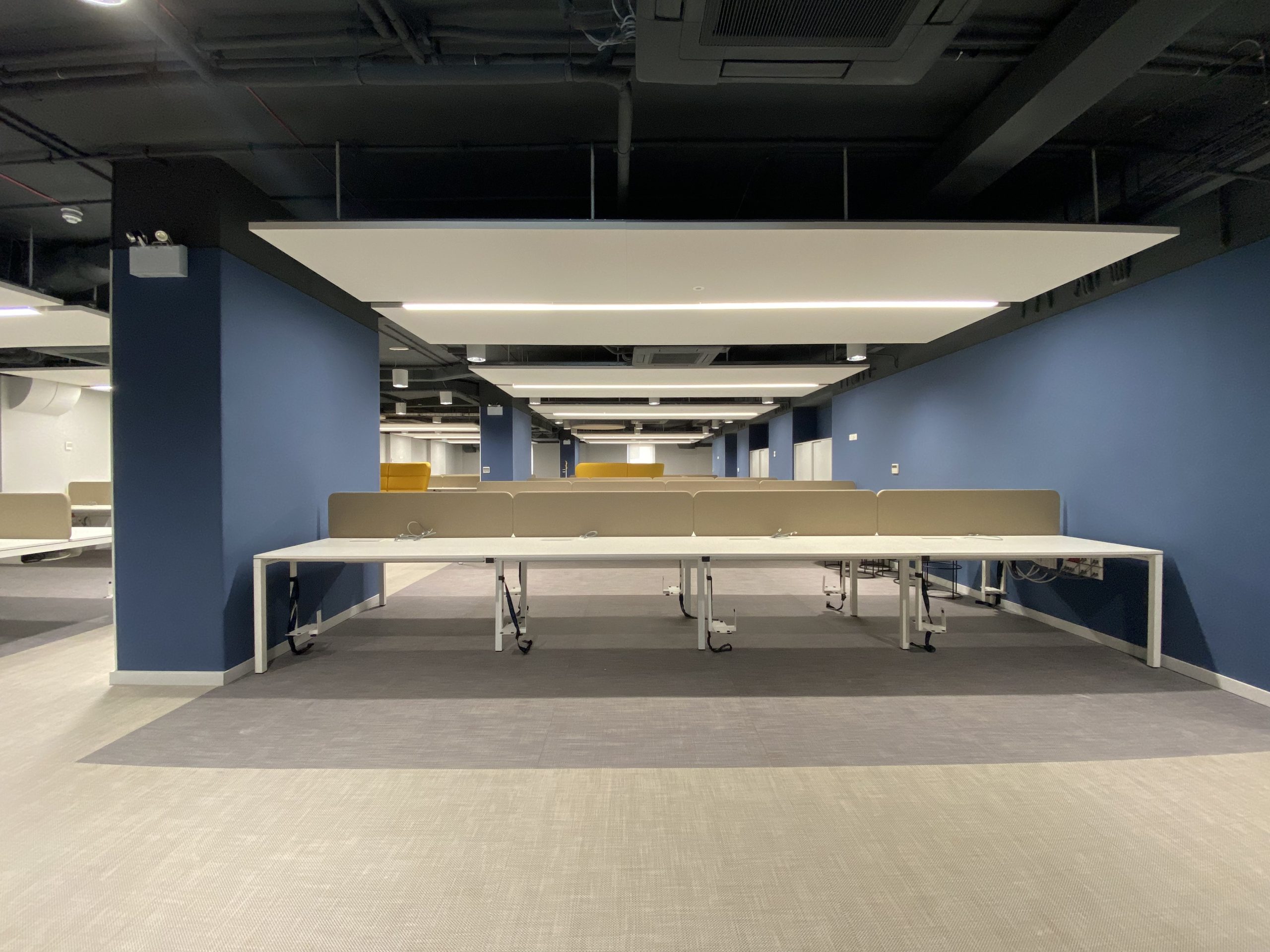 As the building was originally designed as a supermarket, the layout resulted in fragmented and
dark spaces hindering visible connection between the offices

The approach for the design of the new layout stems from the need to create a sense of orientation, a feeling of openness and visual connection throughout the whole volume 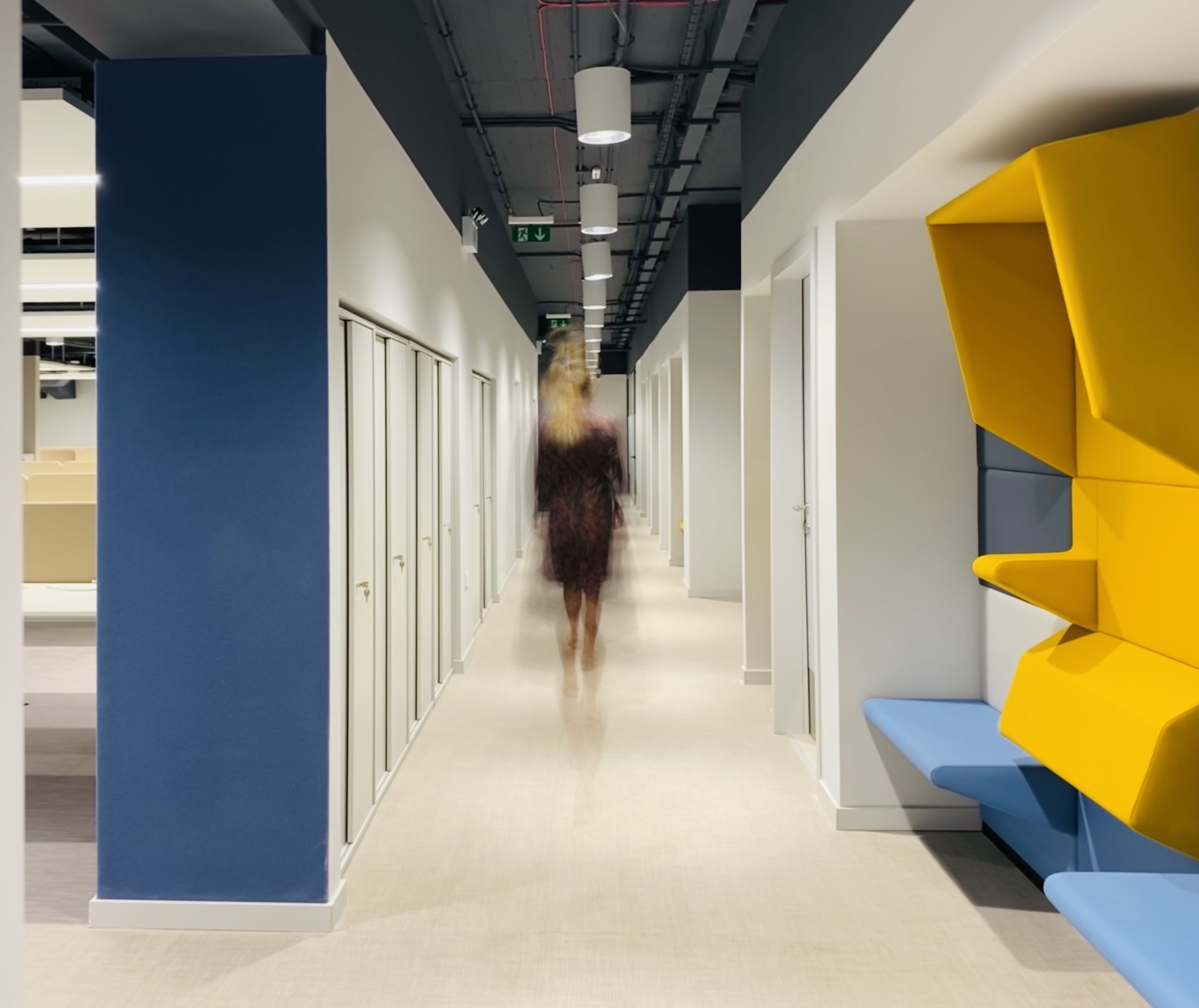 The new configuration of the ground floor area includes a welcoming reception area, office spaces, formal and informal meeting rooms, a relaxation room, a small kitchenette, new restroom and shower facilities and training areas, results from the combination of functional

With the intention to provide a sense of orientation, and to visually connect the office facilities to the roads adjacent the building, all the elements obstructing the space were removed favouring the introduction of glass doors to be able to look from the entrance to the office space through 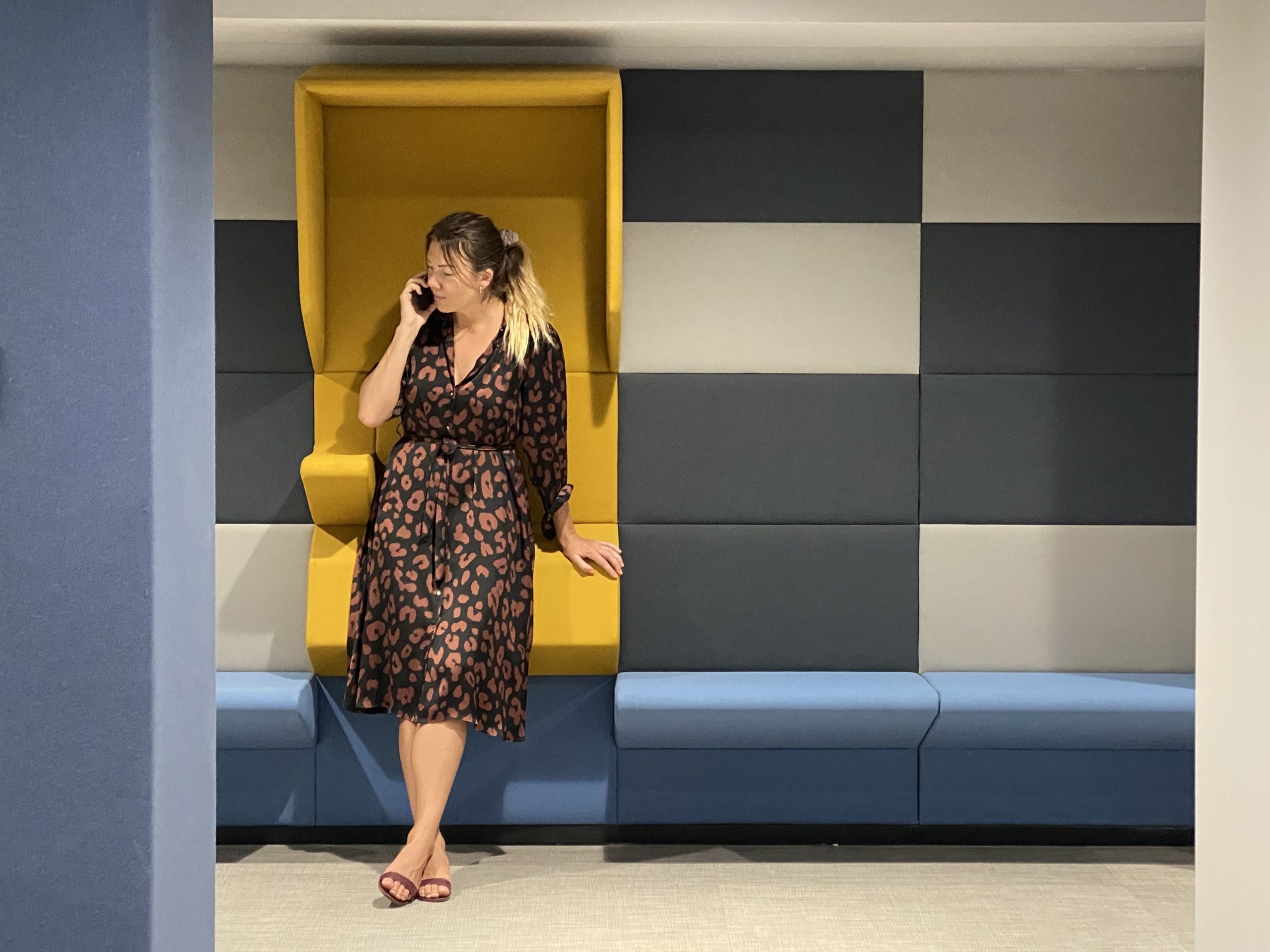 Providing space for social interaction and breakout areas for the teams was another crucial aspect of the project: the insertion of the two yellow circular elements as well as the creation of custom-made niches along the outer corridor act almost as anti-spaces buffering in between the different areas of the volume. Moreover, the insertion of gaps in the perimetral wall allows for a sense of detachment from the working space while serving functional uses (storage space, storing printers 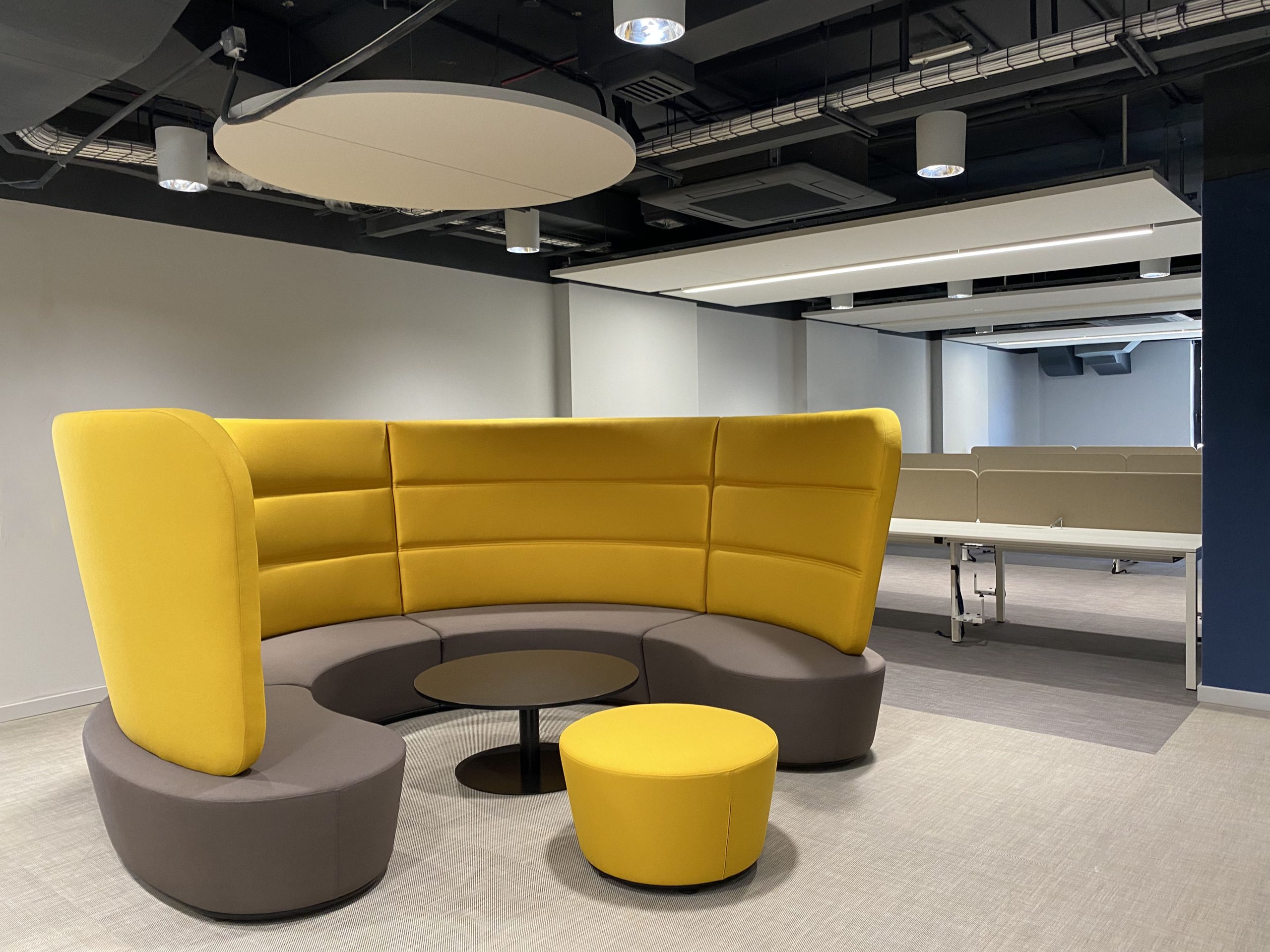 The decision to opt for an exposed system freeing the ceiling gave us the opportunity to accommodate all the high requirements needed, while allowing for the maximum floor to ceiling height. The insertion of light reflecting acoustic panels also helps to conceal the busy areas of the ceiling while improving the acoustic performance of the 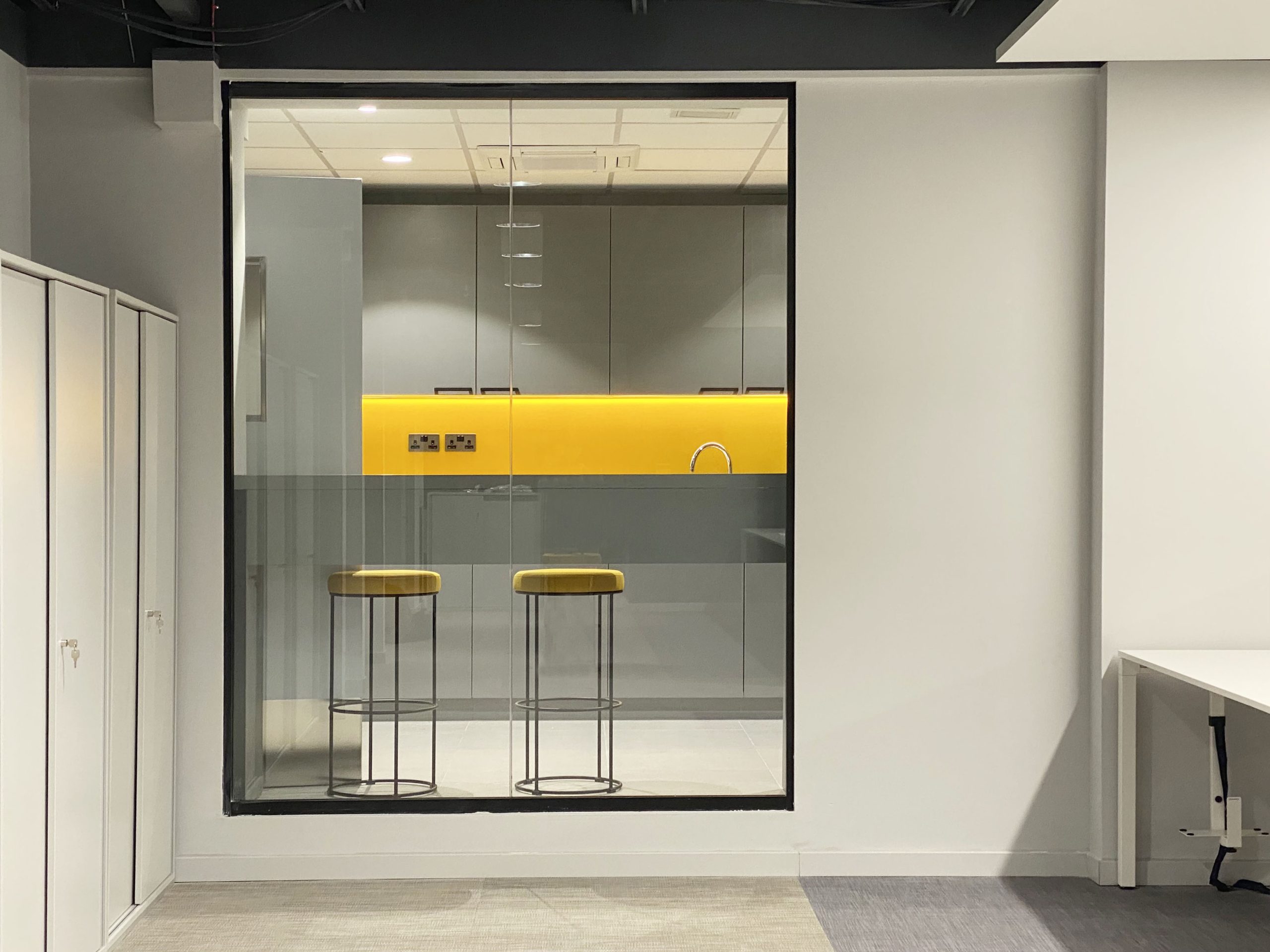 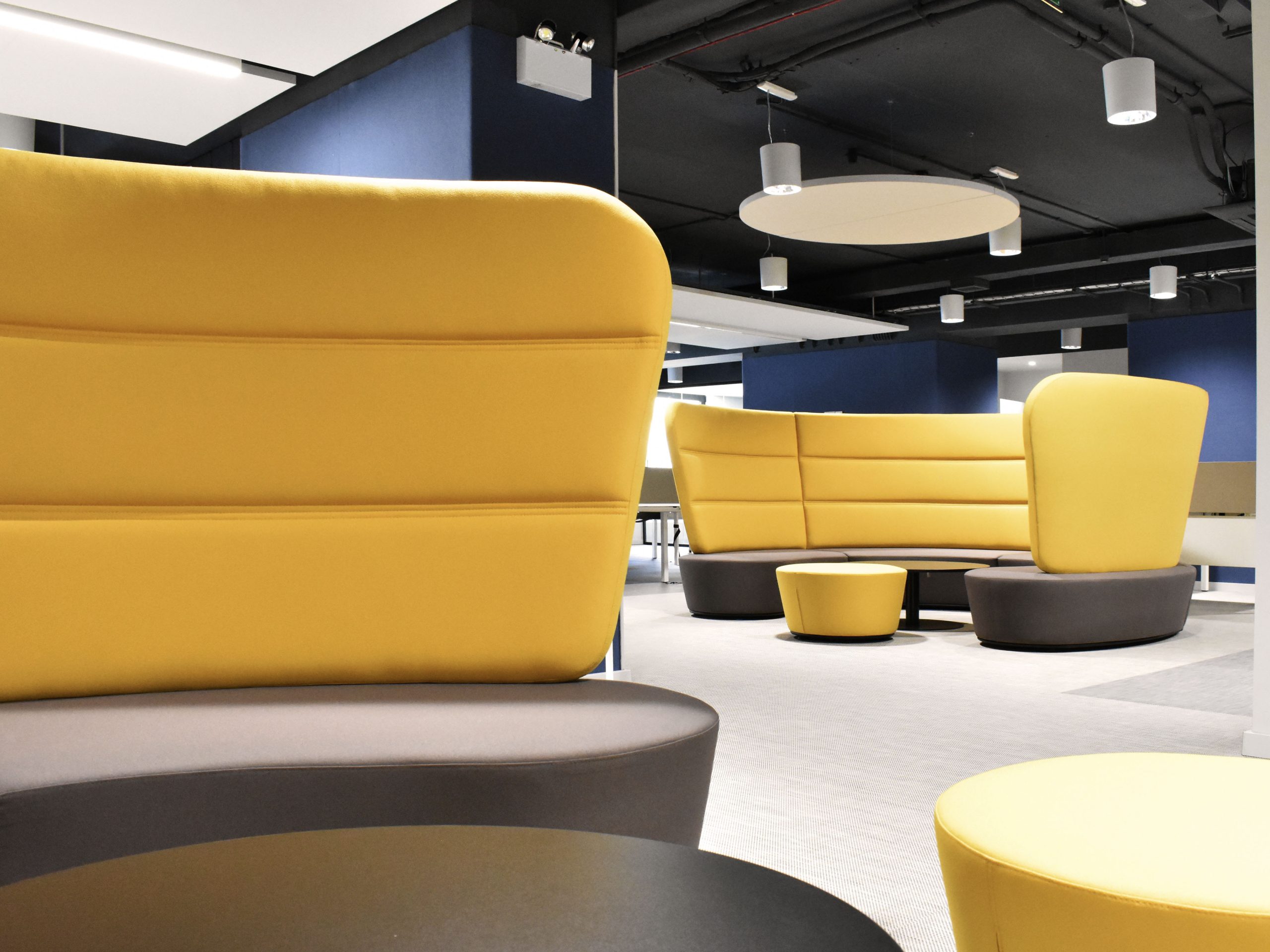