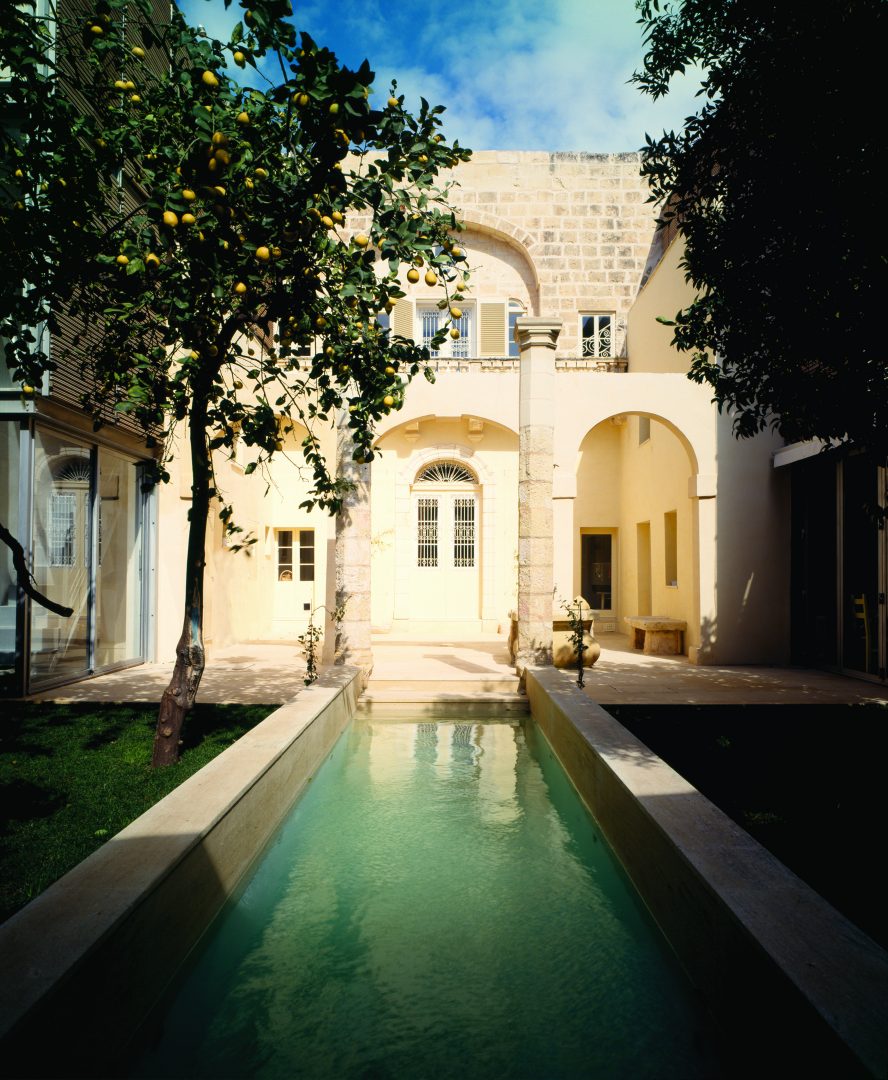 Built in the early , Casa Perellos was the intimate, yet stately country residence of the Grand Master Ramon Perellos ().The property suffered damage during the Second World War, and subsequently, severe neglect and abandon. Part of the ground floor became a medical supplies store, and the cellar doubled up as a stable for horses. During refurbishment works, a rock cut shelter 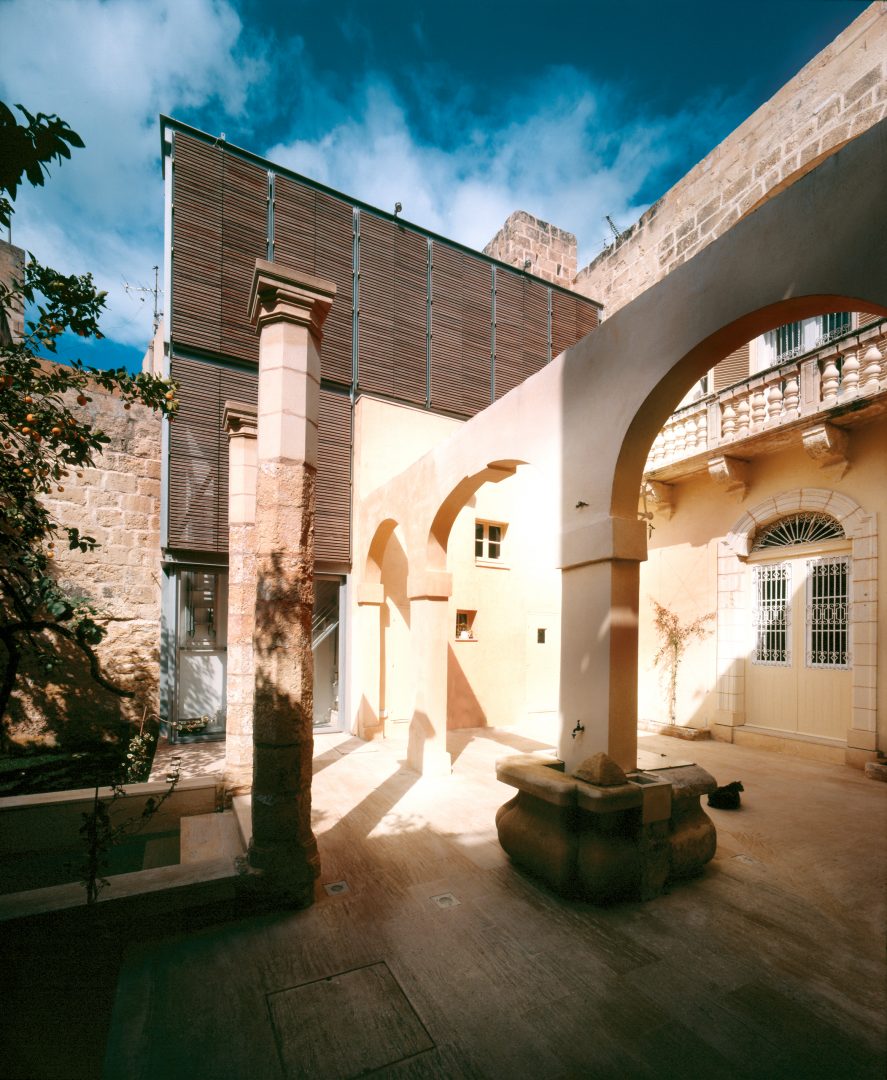 Refurbishment works have restored this noble building to its original princely standing in the architectural and social fabric of the town. They involved the complete restoration of the structure and the redecoration of the interiors, the original spaces and volumes being recreated with minimum intervention. At the rear, however, two new lateral wings built of glass and steel extend with simple lines from the main volume and reach out to the garden parallel to the main axis

These extensions house the kitchen, set in the heart of the garden, a guest bedroom, bathrooms for the two bedroom wings at first floor and additional service spaces. Shaded by folding hardwood louvered shutters, the filtered daylight casts a gentle glow on the

Between the wings, the courtyard and garden have become the central living room of the ‘palazzo’, a tranquil and sheltered space, overlooked by the main balcony giving onto

The original garden path on the axis of the entrance and hallway, leads to a small fountain and basin set within a niche surmounted by the Grandmaster’s A linear pool of water, created on this axis and set amongst the existing citrus trees, serves to cool this walled and shady garden in the . 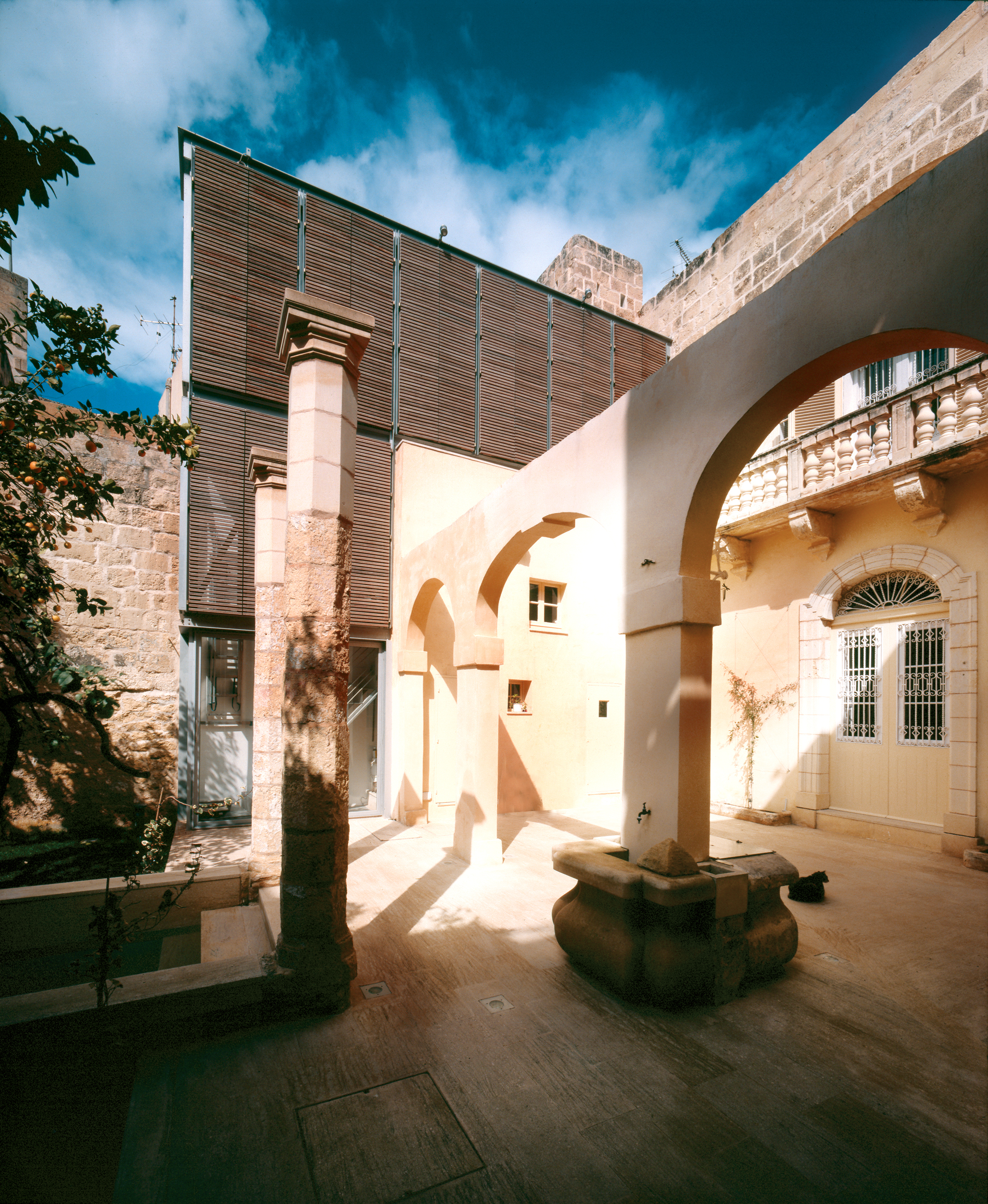 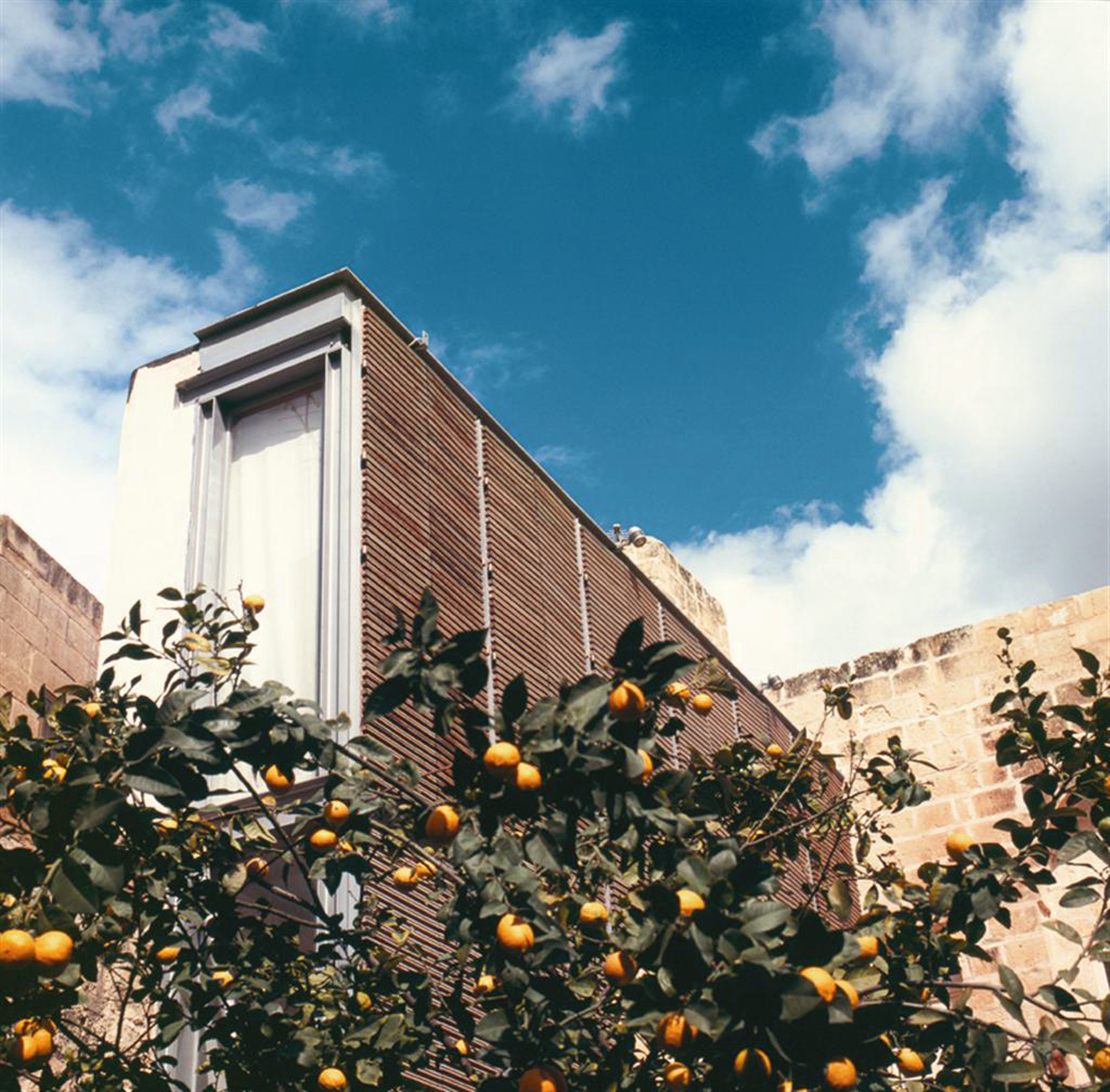 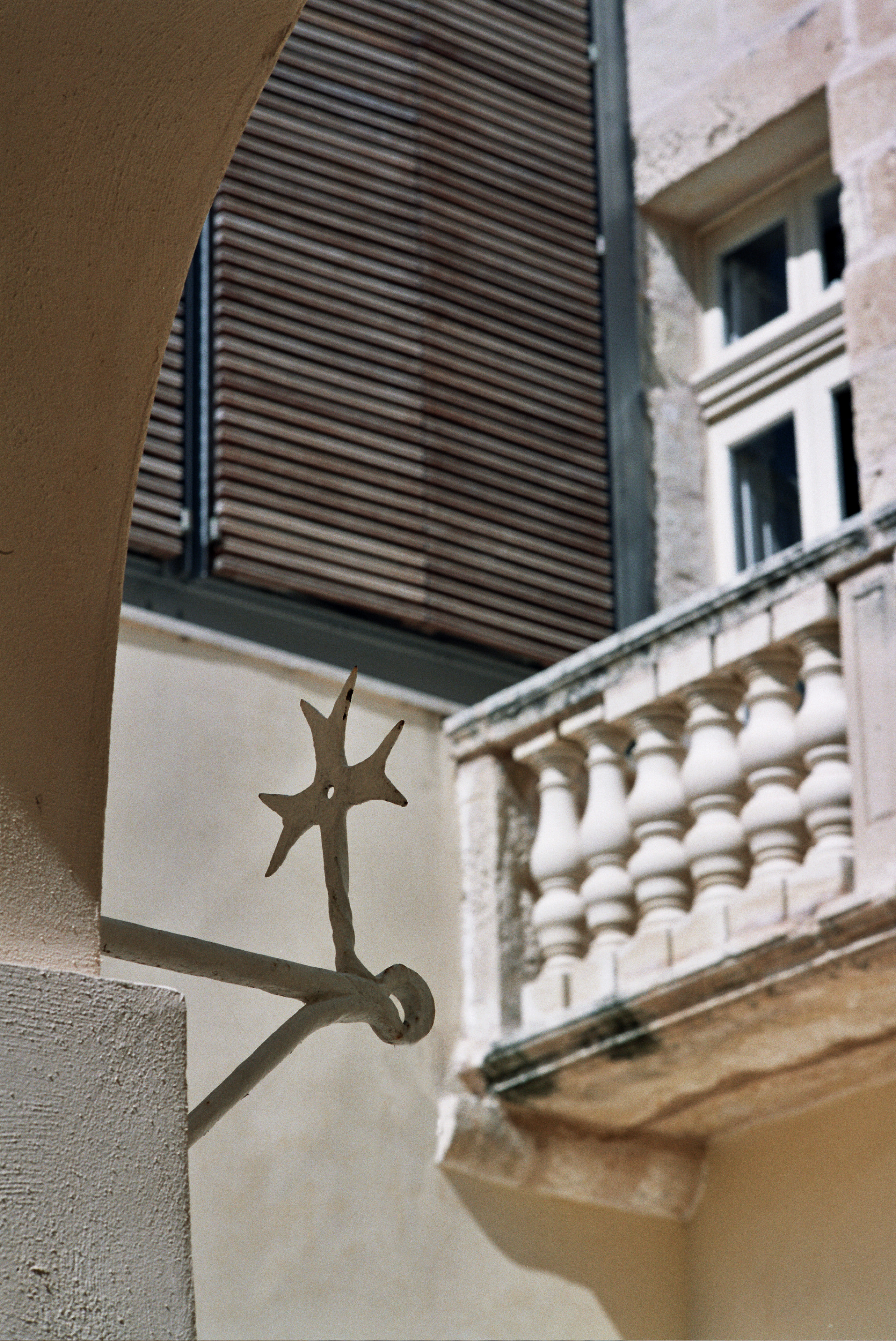 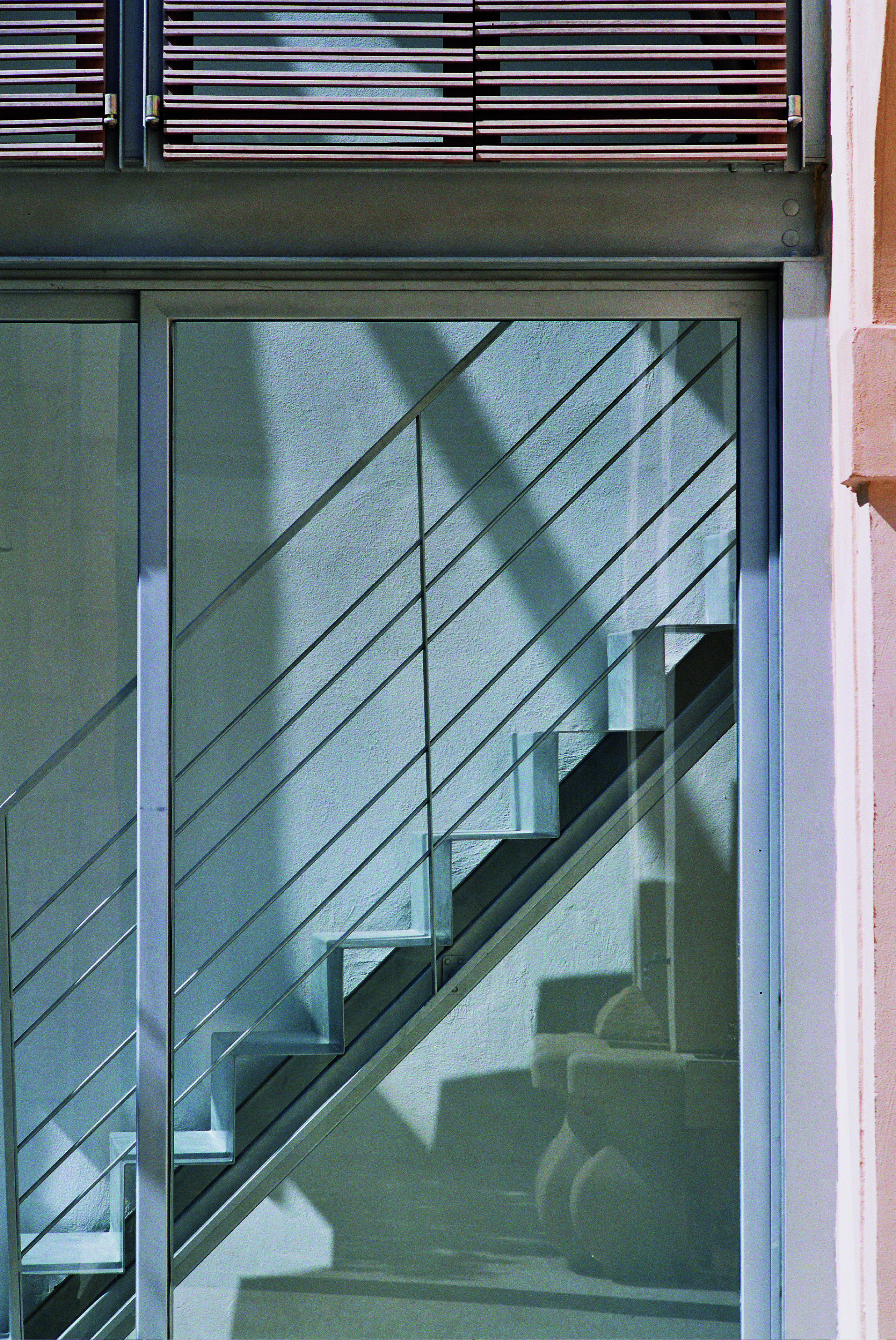 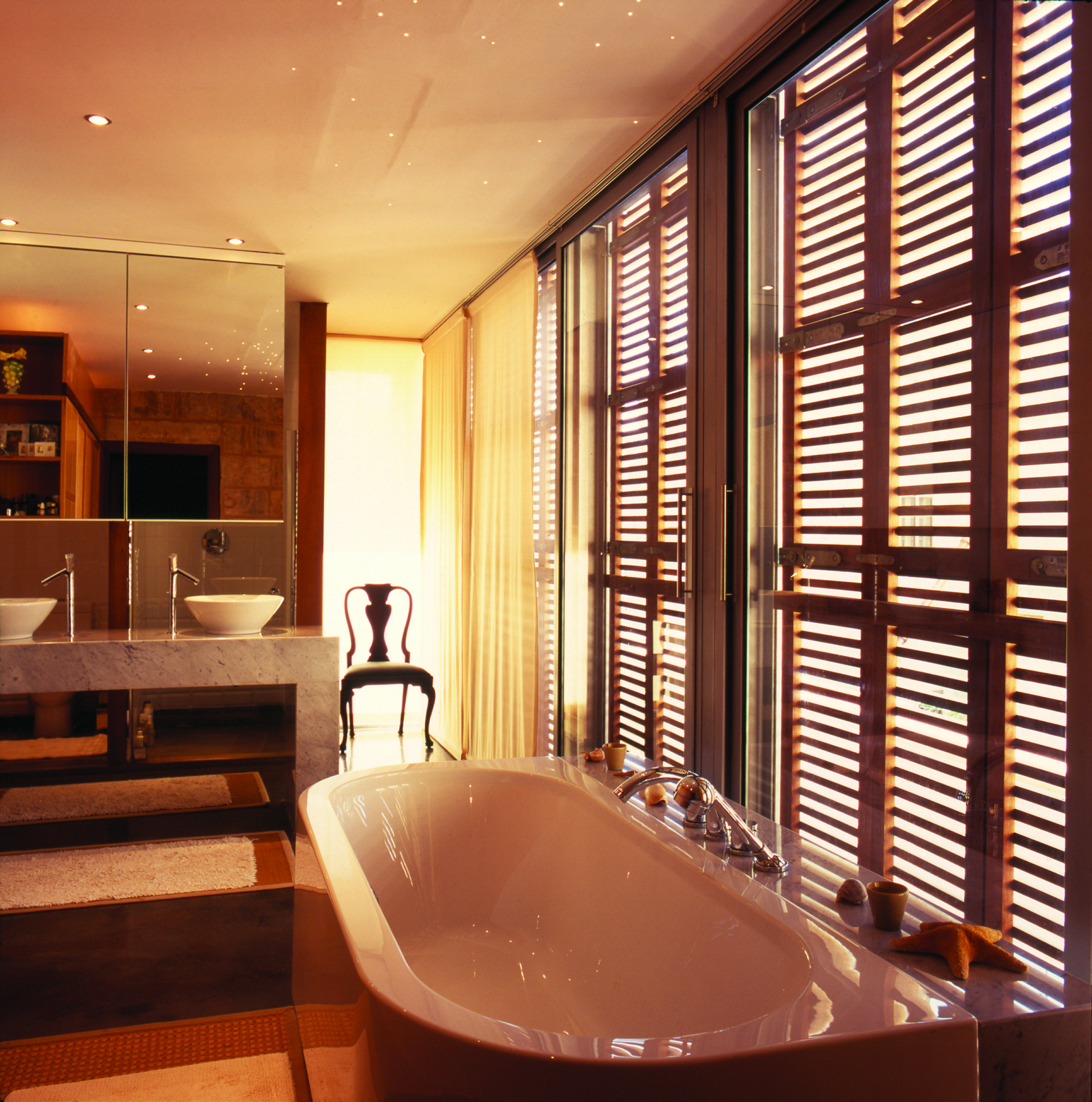 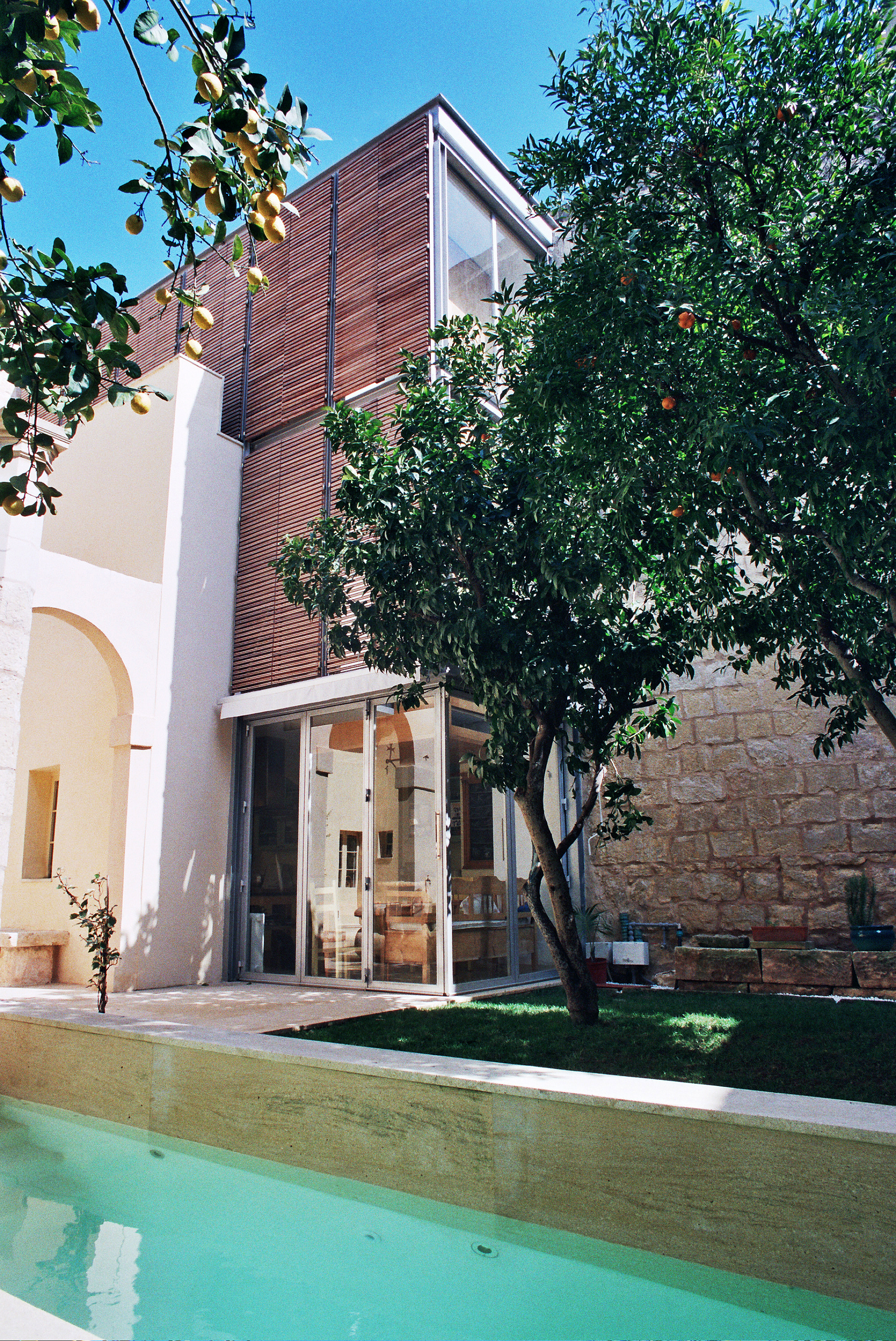