What can architectural thinking offer to performative arts, one of the most endangered artistic sectors by the current health emergency? How can architecture contribute to the development of new spaces, and their impact 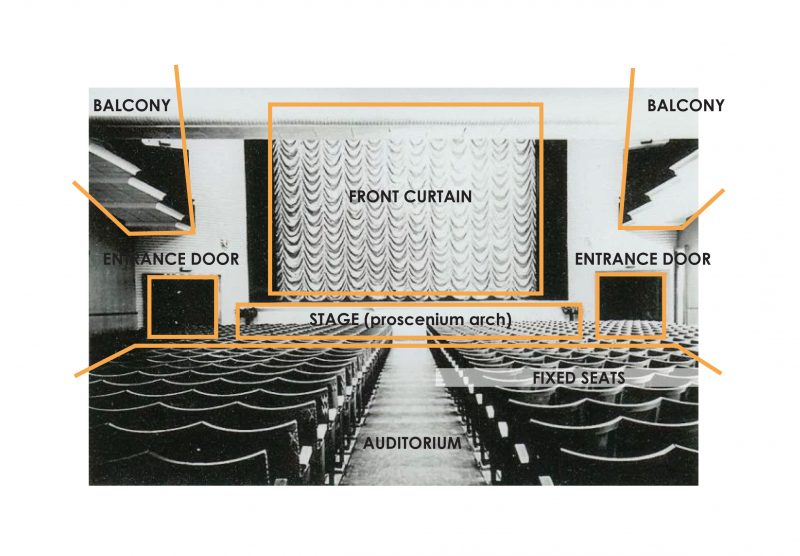 Due to the current COVID-19 pandemic, the performing arts world has come to a complete halt, causing performers, event organisers and anyone involved in the performative arts sector to the way they operate. This unexpected turn of events has prompted us, as an architecture and design practice, to propose a research project in collaboration with the 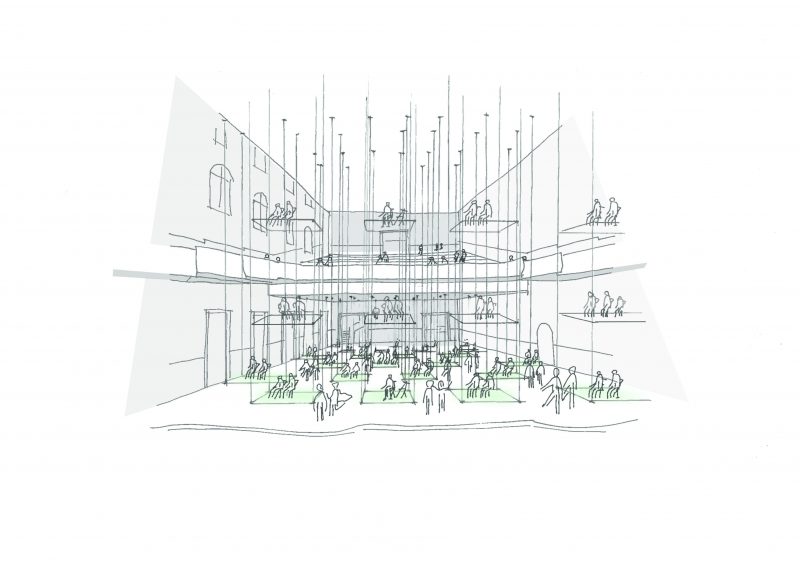 Performance is a traditionally central element in many artistic practices, from contemporary dance to classic theatre. Modalities of performing have developed over the centuries, in adaptation to ever changing social and political conditions and cultural demands; venues, in parallel, have also developed and adapted in a number of ways. From the iconic ancient Greek amphitheatres, all the way to contemporary, hyper flexible theatres and improvised venues, the architectural framing of a performance has always played a major role in its success - or its failure. With these considerations in mind, it is logical that in this moment of crisis the status quo is being challenged and spaces for artistic performances need to 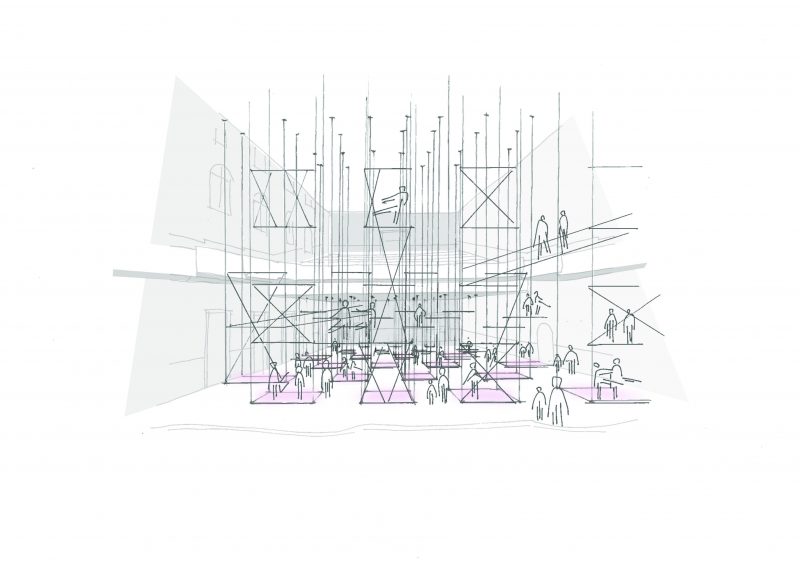 In a society in need of cohesion as opposed to the individualism promoted by the ubiquitous capitalistic culture of the last decades, speculations on innovative and safe ways of bringing people together thanks to performative arts can lead to experimentations that will lay the foundation of common spaces of the future. The realm of the digital has offered a great alternative for the first phase of the current health emergency, but it will not be able to replace completely the physical experience of a performance, participation in the flesh, which will remain the most powerful way of engaging with an audience. Since the time of Eschilo’s tragedies, and as illustrated by Aristoteles in both ‘Poetics’ and ‘Politics’, performative arts are considered a way to strengthen communities in their collective achievement of katharsis (from the ancient Greek, ‘spiritual purification’), thanks to the direct experience of a combination of movement, sound and 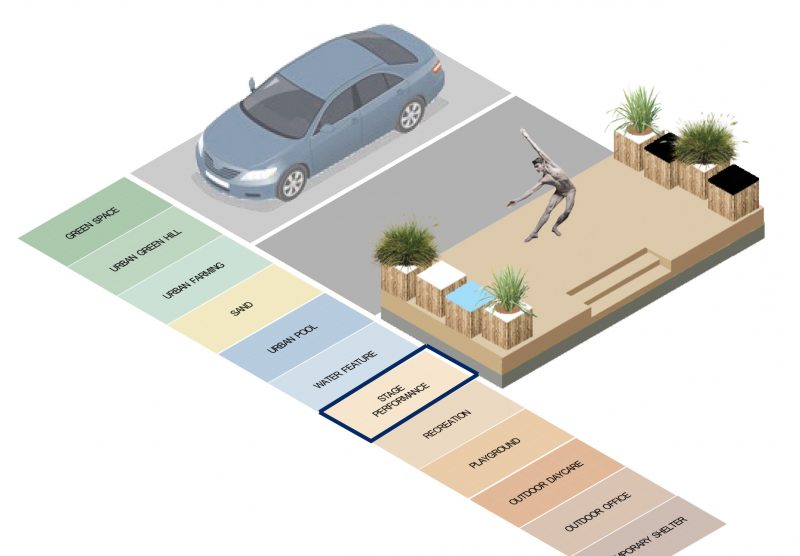 We must awaken our spatial imagination to discuss conceive and test new kinds of spaces for the performances of tomorrow to take place in a safe way, and to claim back their role as a constitutive element of our cultural identity and that of 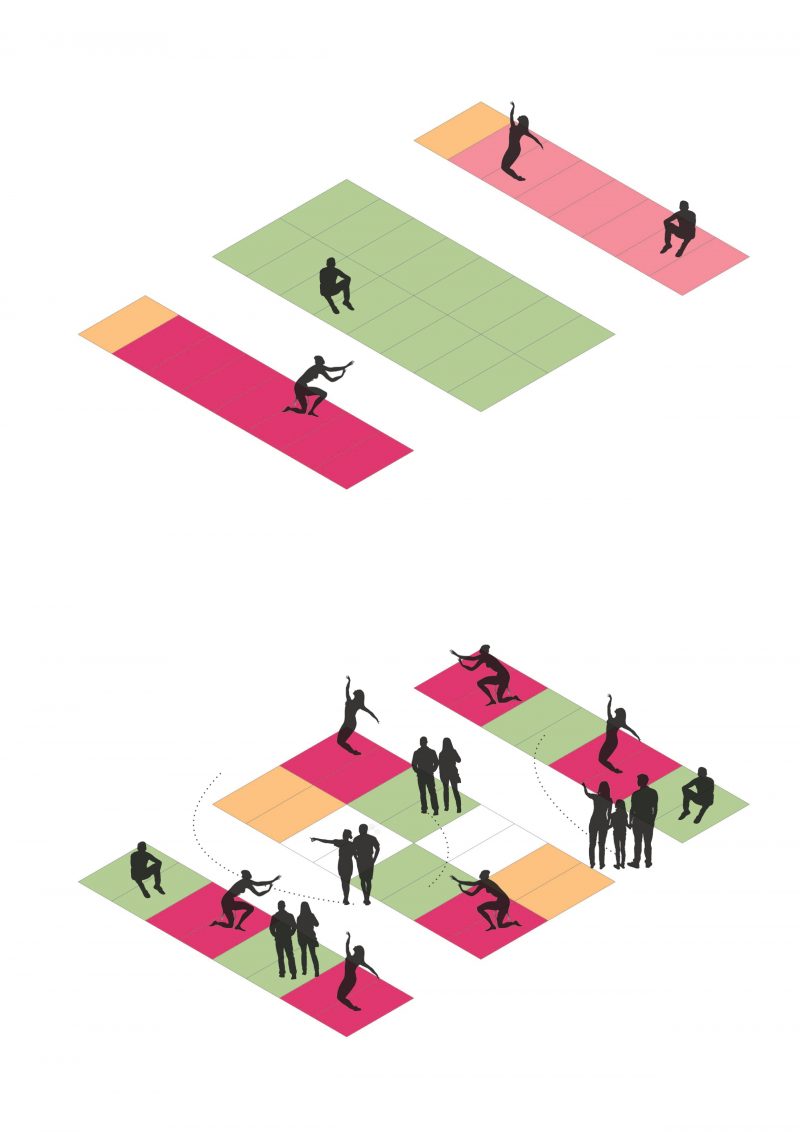 So we ask Quid tum (what next)? What can architectural thinking offer to performative arts, one of the most endangered artistic sectors by the current health emergency? How can architecture contribute to the development of new spaces, and the impact that they will have on communities? These are the key questions driving the