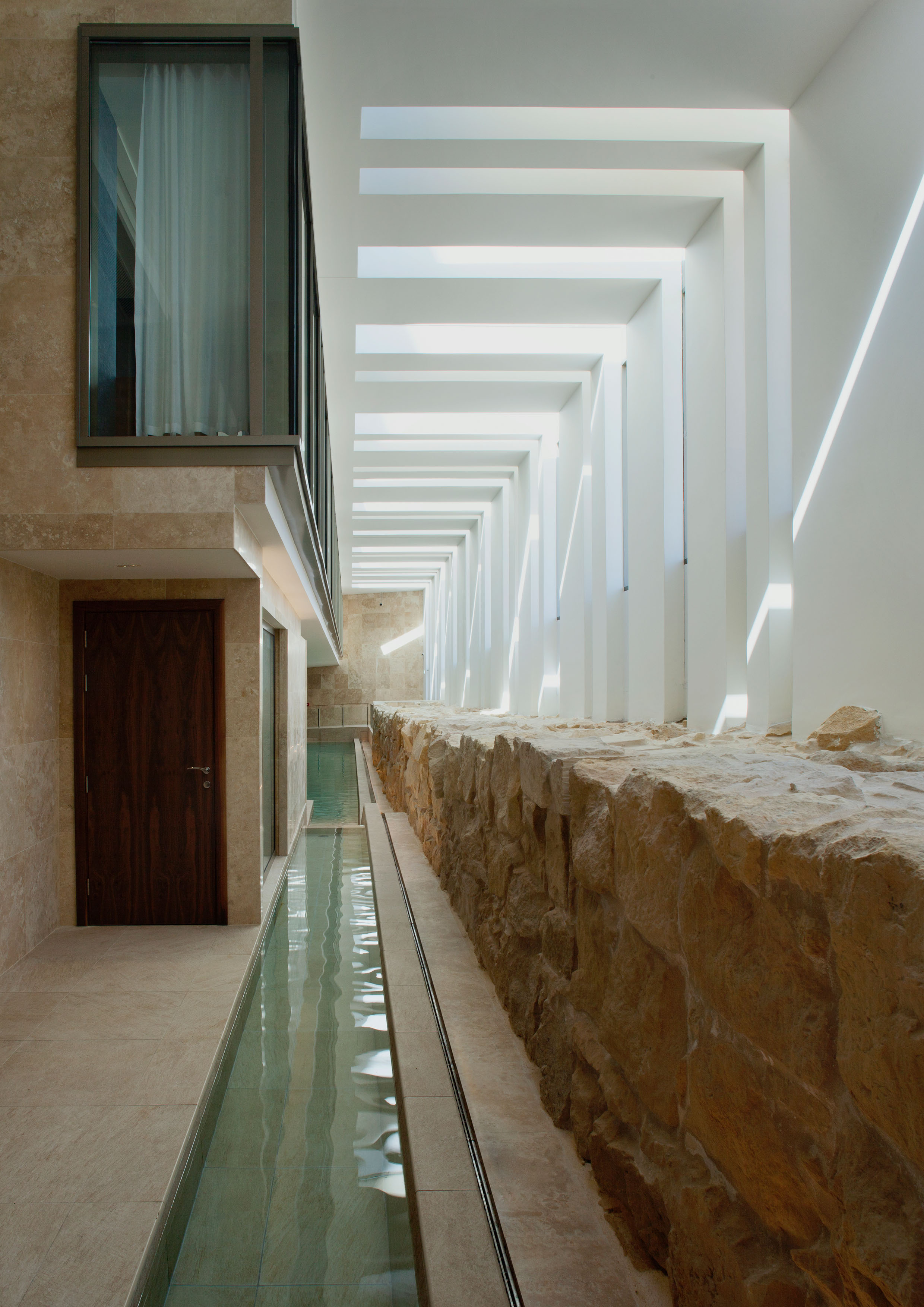 “The way to health is to have an aromatic bath and a scented massage every day”.

"Spa, acronym of the Latin phrase Salus per Aquam, meaning health from water".

The concept behind the design of the new wing of the Phoenicia Hotel hosting a spa is rooted into the memory of ancient roman baths and their positive benefits, both on the 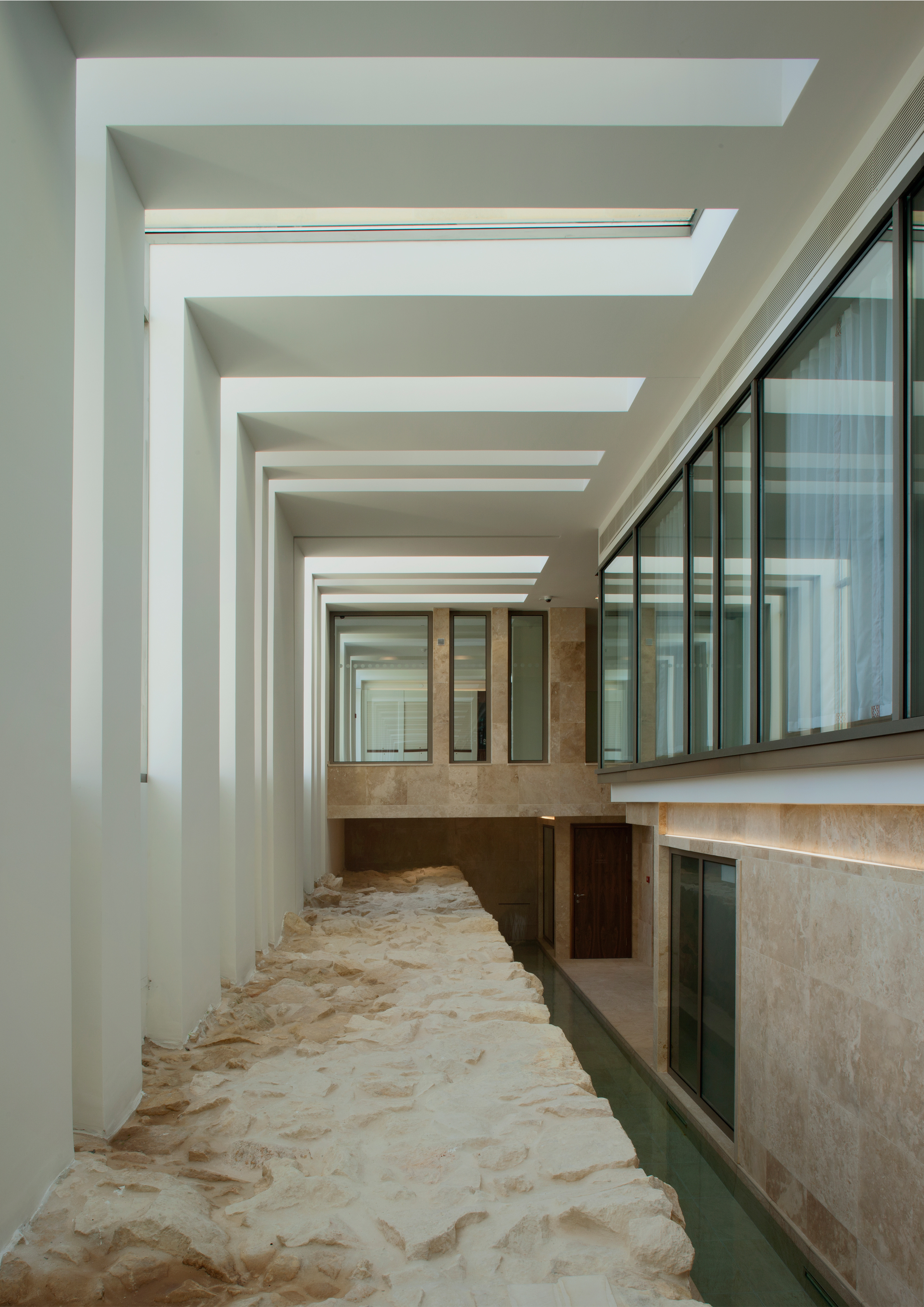 Designed to be a meditative and soothing space, the volume of the spa is developed around the 16th century fortifications, recalling the atmosphere and the setting of thermal baths. The fortifications, as well as the surrounding bastions, are always visible: from the suspended treatment rooms and fitness area, as well as from the

Planned to allow further use of the old colonial stables within the historic ditch, the circulation guides the visitor along a spring of water which leads to the relaxing pool area, arrival of the thermal journey. 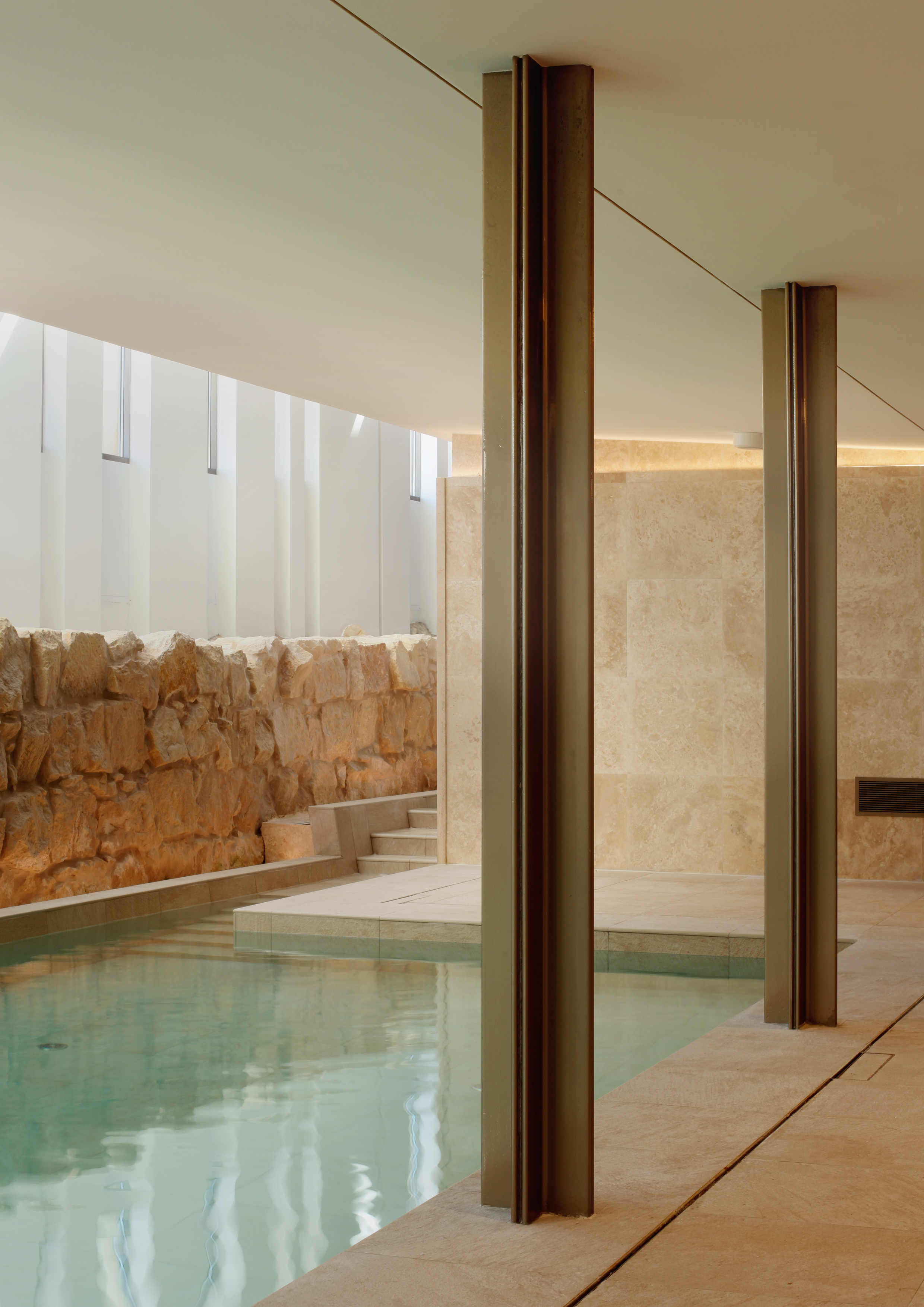 The architectural language of the new wing stems from the re-interpretation of the Art Deco style of the main building, and it results in a clean repetition of patterns and a distinct linearity, gently promoting the contemporary nature of the intervention. Structurally, the complex takes on some inconceivable challenges as the presence of large historic ruins was 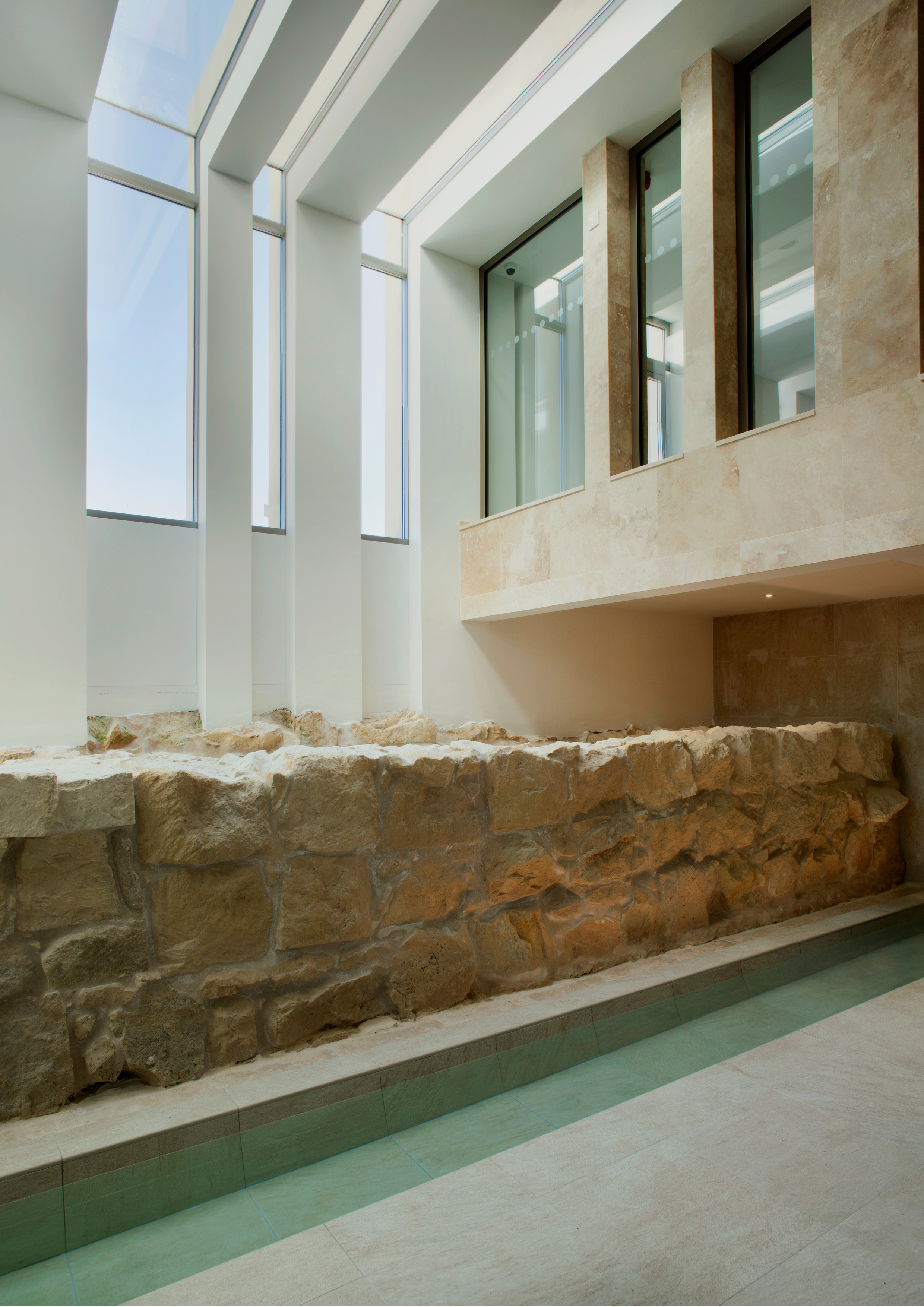 A neutral, pastel and natural palette, resonating throughout the materiality of the Spa, creates a homogenous sculptural effect enhancing its emergence from a fortified base and projects the space into a timeless dimension. The reintroduction of the hotel’s historic and exposed turrets led to the articulation of a new and unique aesthetic language for the spa, in dialectic exchange between old 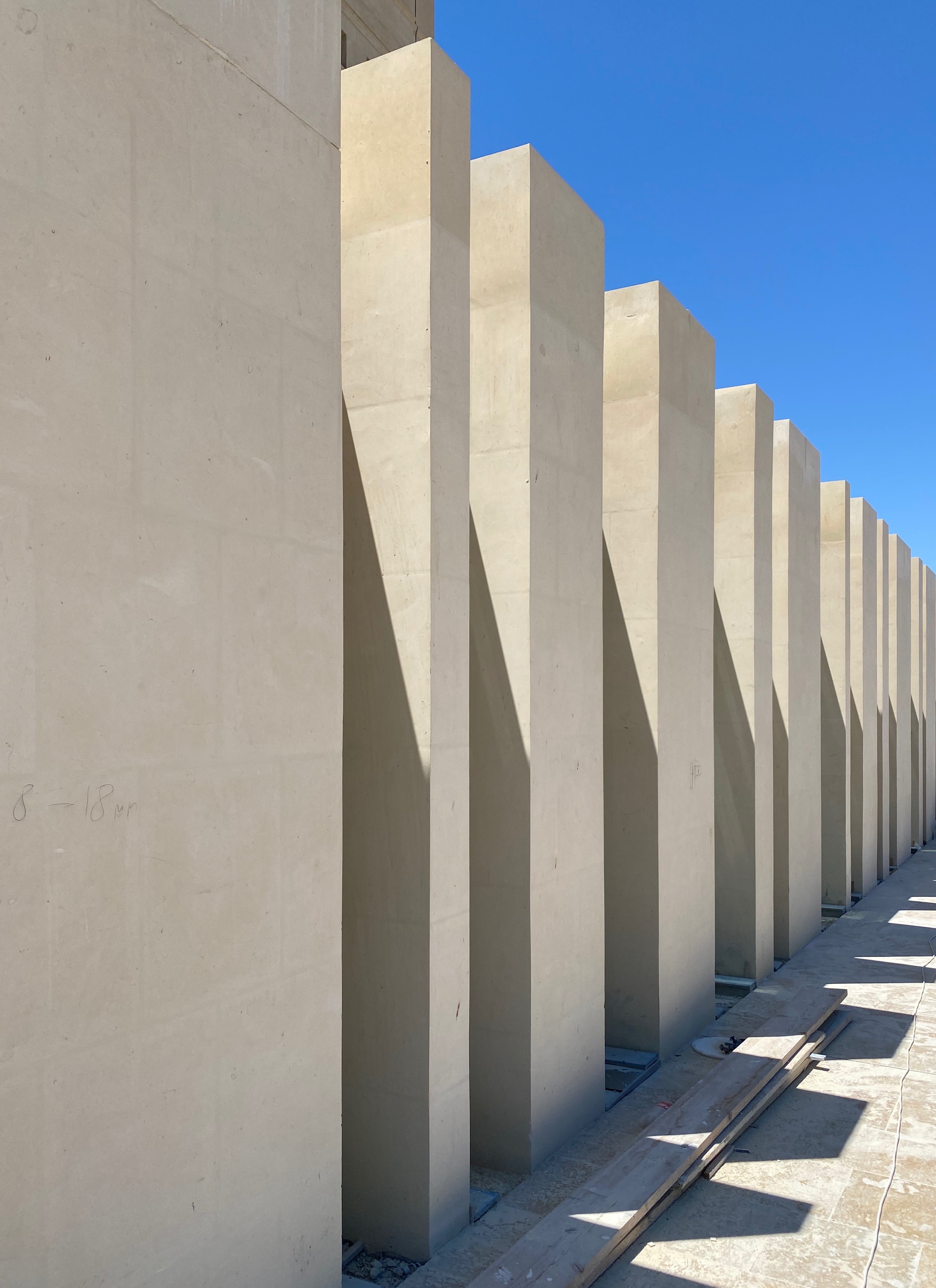 The design considerations were combined with sustainability principles, of which the most tangible outcome is the installation of a green roof on the extension, providing the structure with an alternative cooling system and therefore making it very 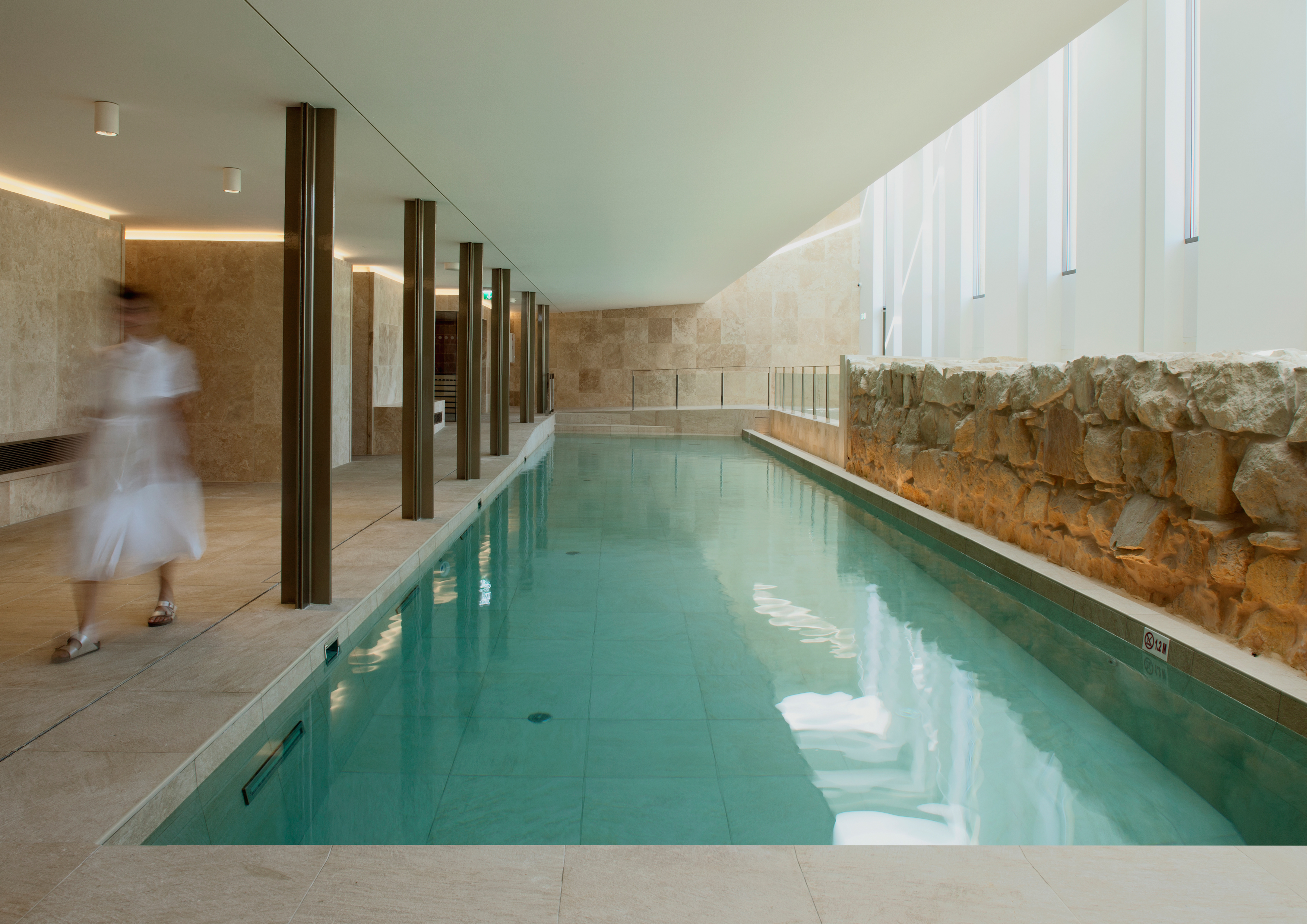 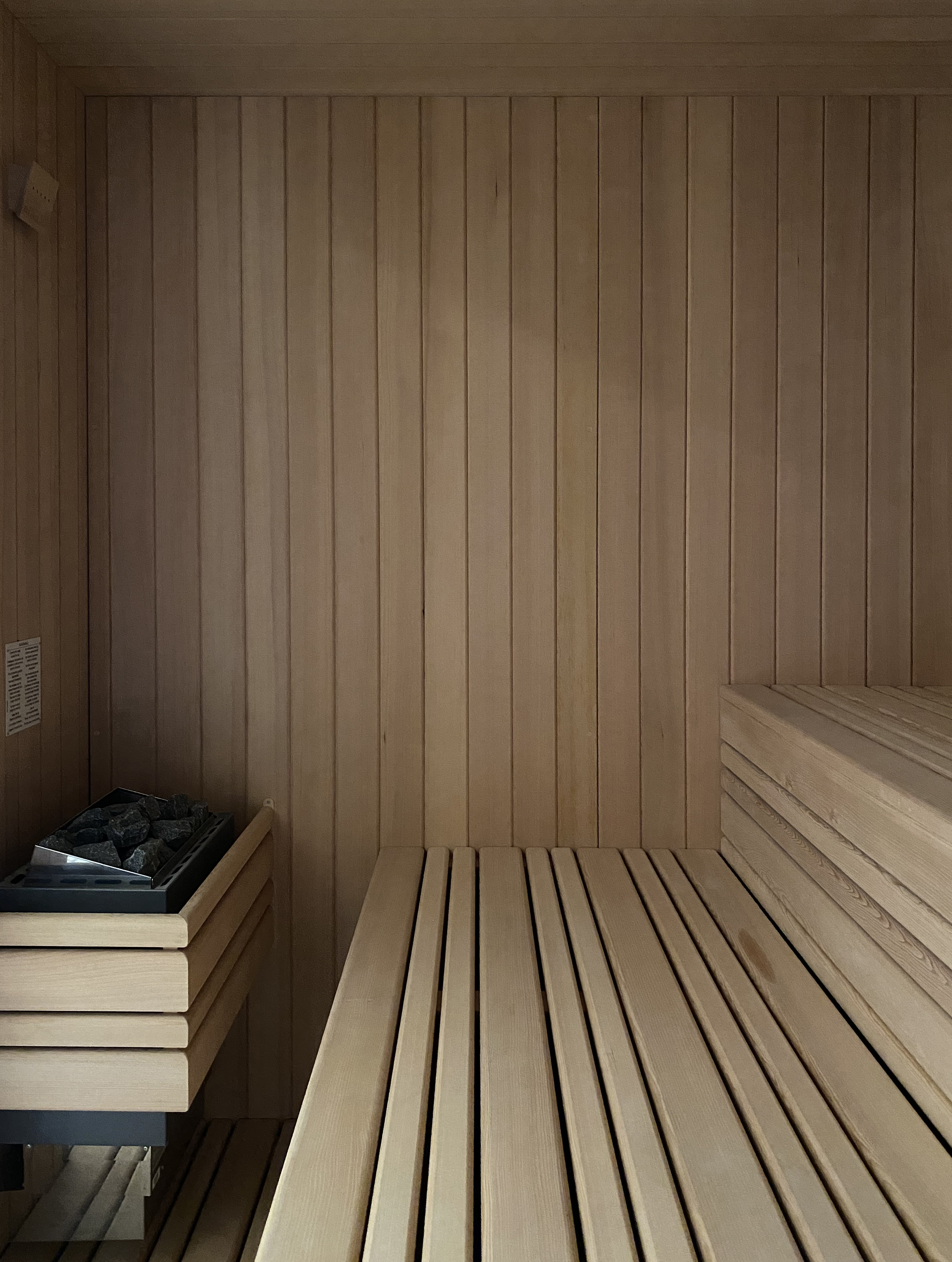 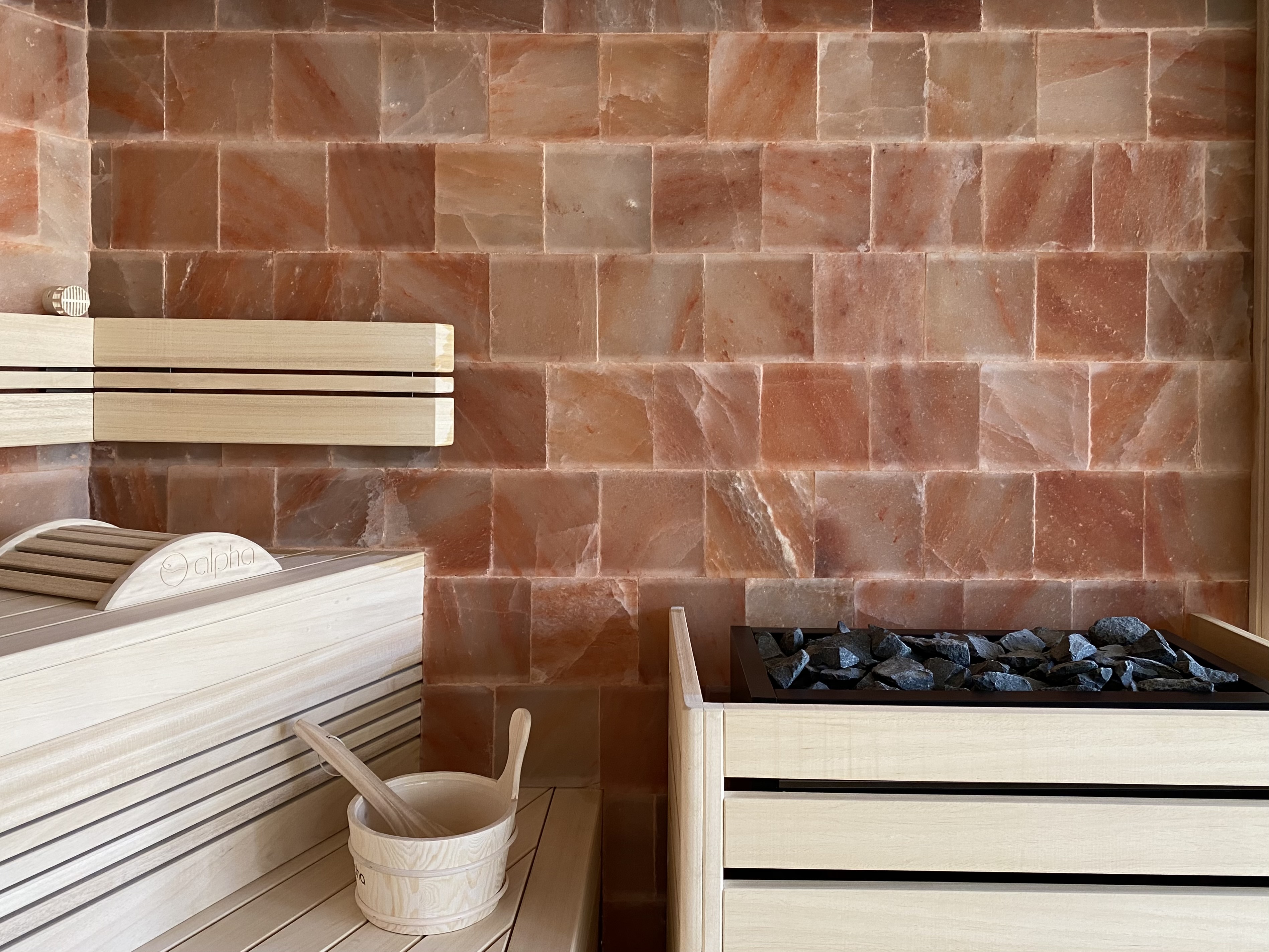 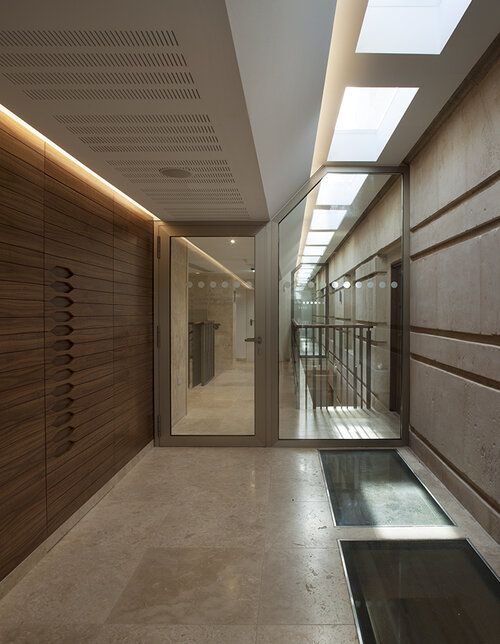 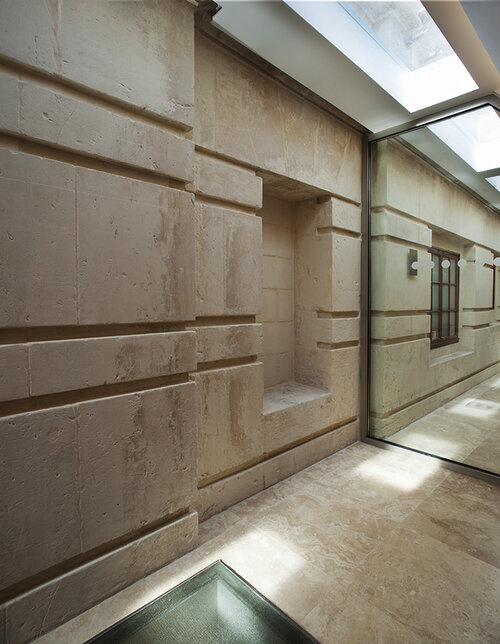 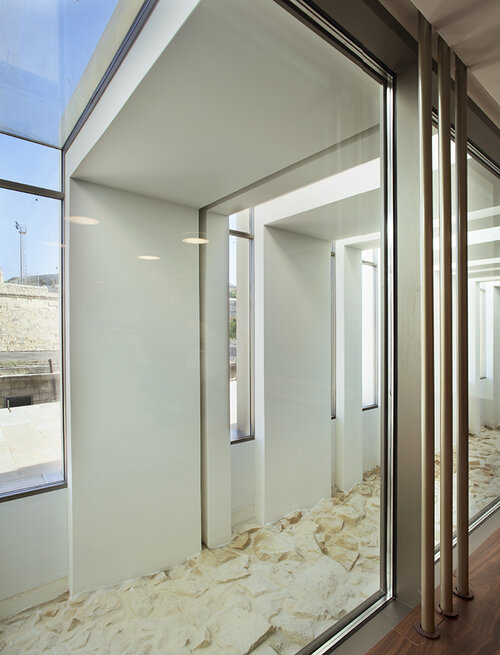 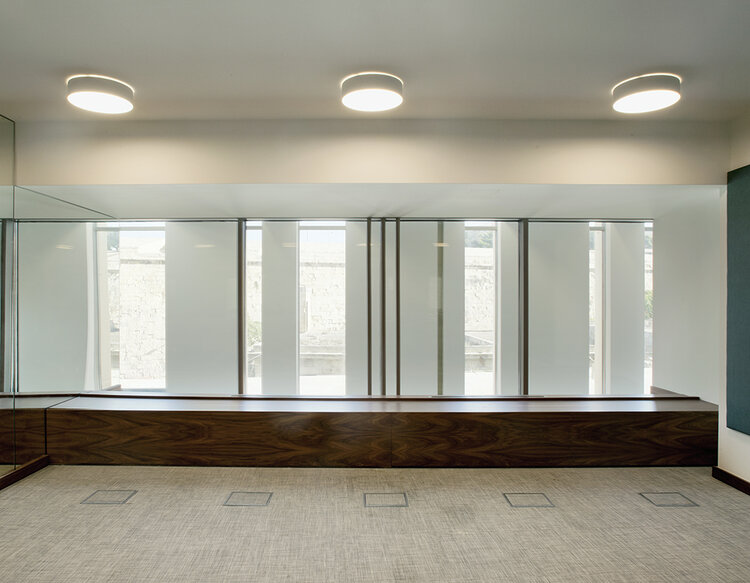 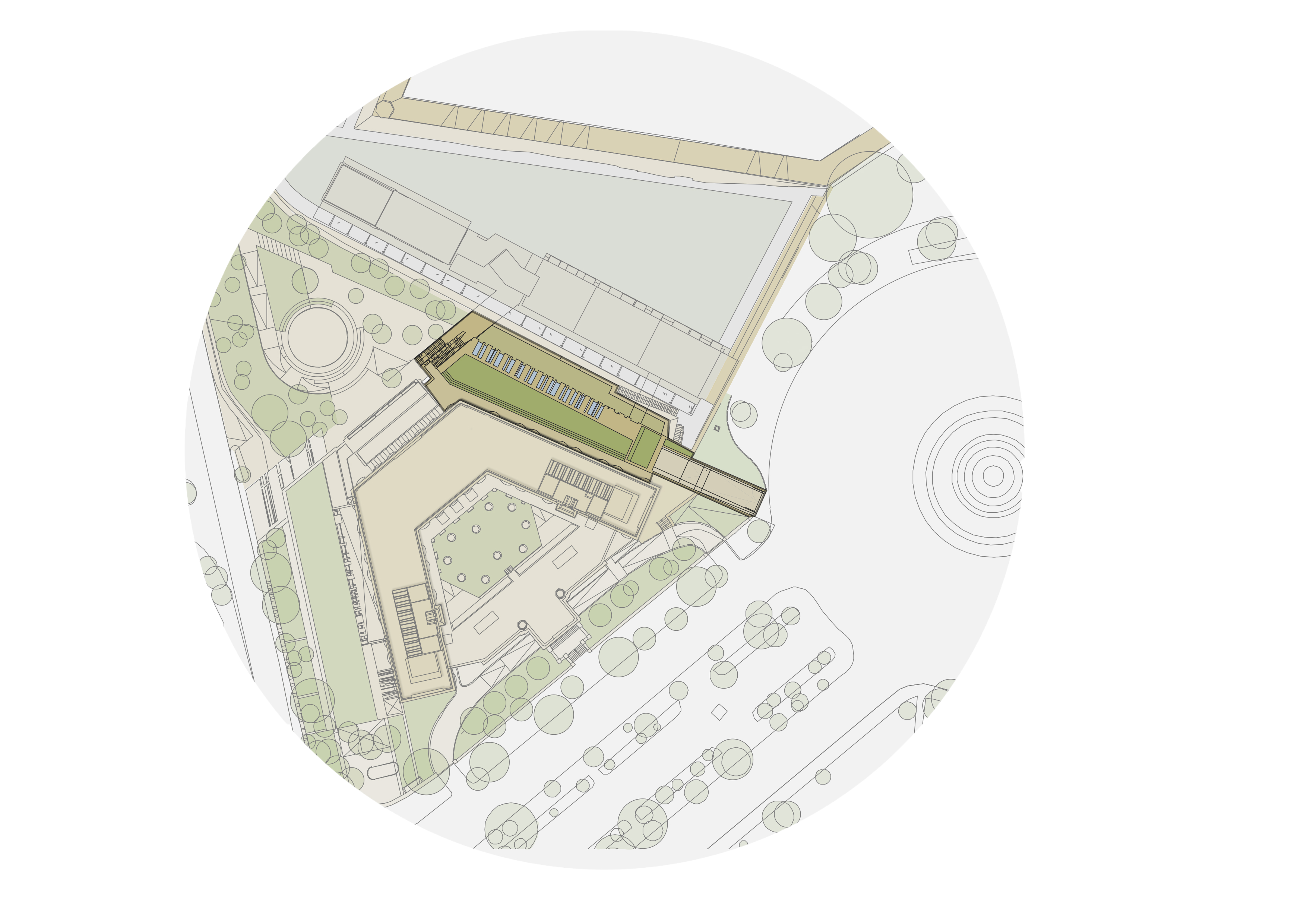 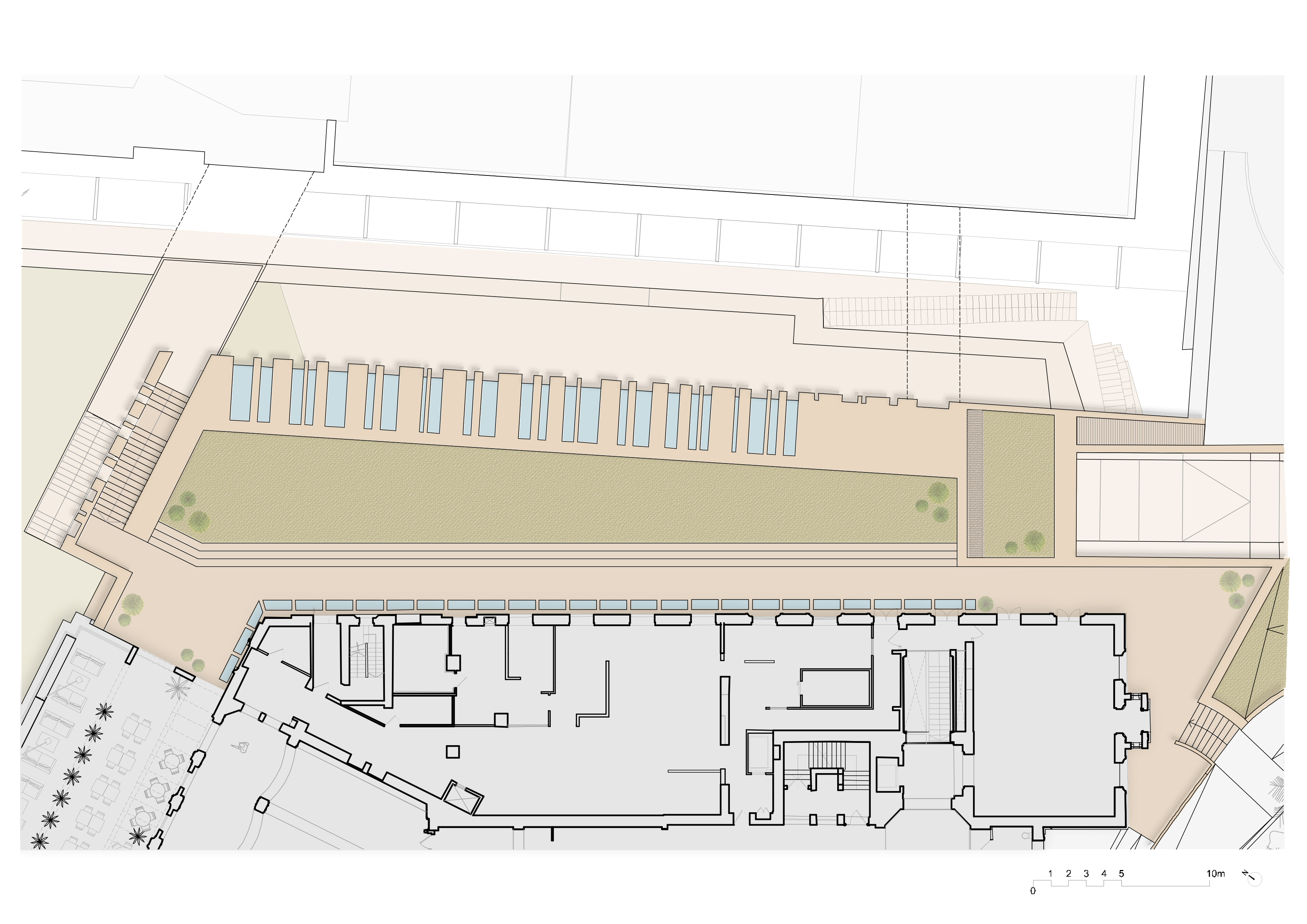 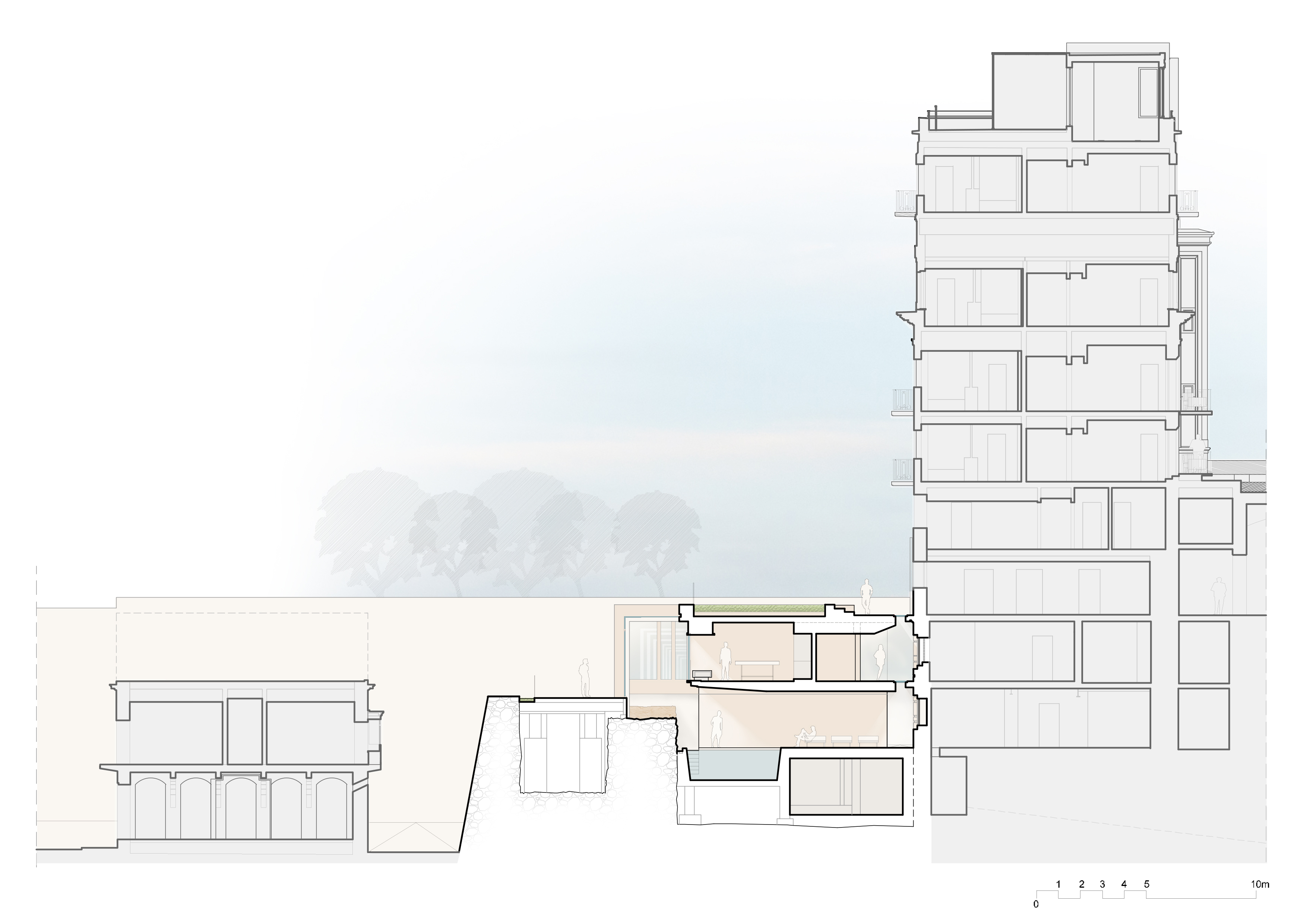