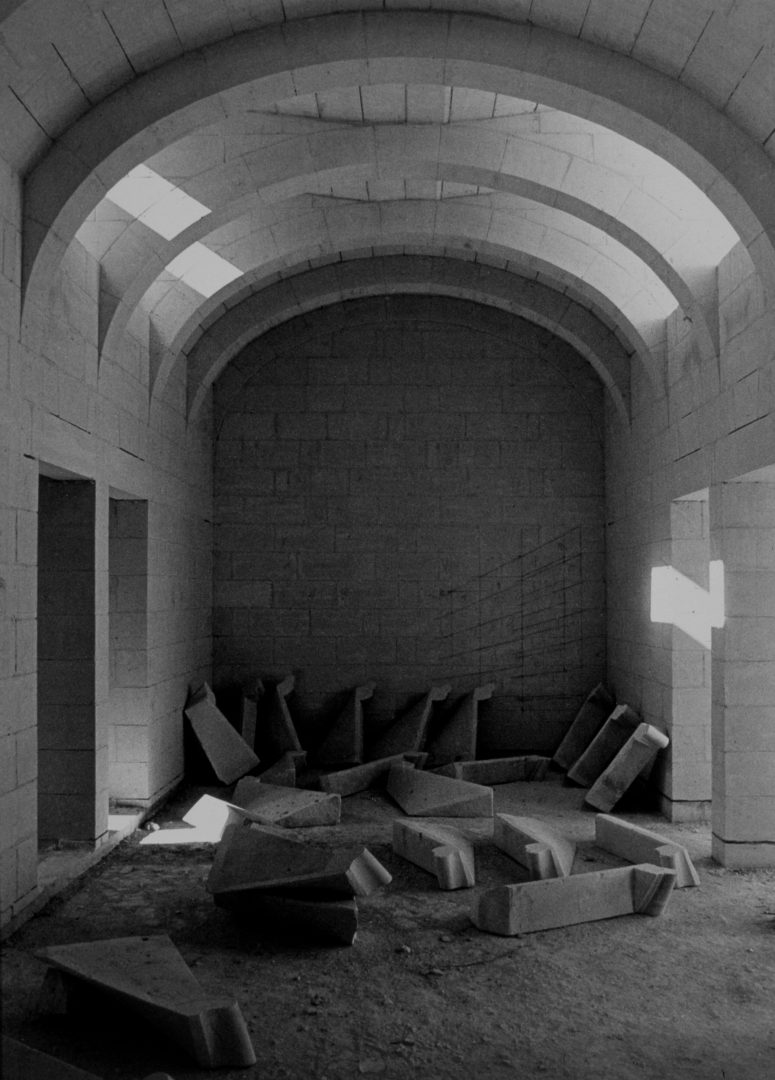 Ancient texts often describe the authors’ admiration for techniques used by builders and craftsmen, aimed at creating the perception of integrity through a carefully crafted joining of a multiplicity of parts. Often, the impression of natural cohesion was described as an essential ingredient for a building to resemble a work of Nature (and that therefore had no chronological time scale attached to it). Lamartine, on his visit to Malta, noted that the Maltese

“Looks as if it had been built not stone by stone with cement and sand but as if it had been carved alive and upright out of living rock and set down on earth like a block that had come from its bosom and as enduring as the earth.

This house was built entirely of stone. The floors, walls and ceilings exploit the easily worked local limestone for its structural properties as well as for its symbolic and aesthetic qualities. The plan itself is dictated by a structural order requiring that vaulted spaces balance each other while buttresses are exploited to house the secondary, ‘servant’ spaces such as the staircases, pantry, guest bathrooms etc. The result is a giant order aqueduct-like structure that runs like as longitudinal spine through the building, becoming two stories high on the inner courtyard side of the house and containing the main entrance and wardrobe on the main façade. The volumes and ribbed vaults are perfectly modelled as a result of zenithal lighting provided by clerestory windows in the

As a result of the use of traditional stone technologies to span the main spaces of the house, the building reads as though carved ‘, all of a piece, true to the centuries old practices that defined the form and spirit of. 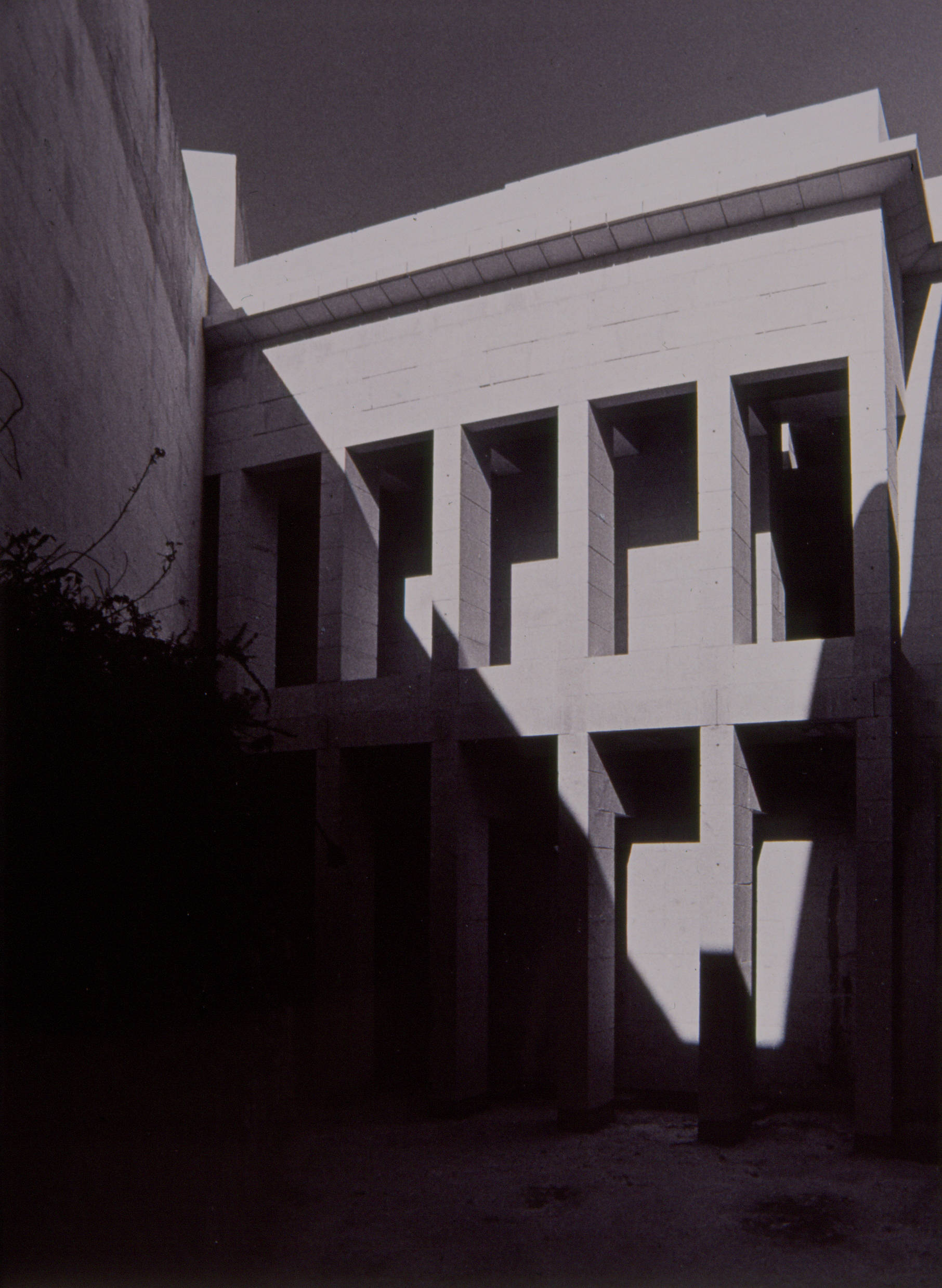 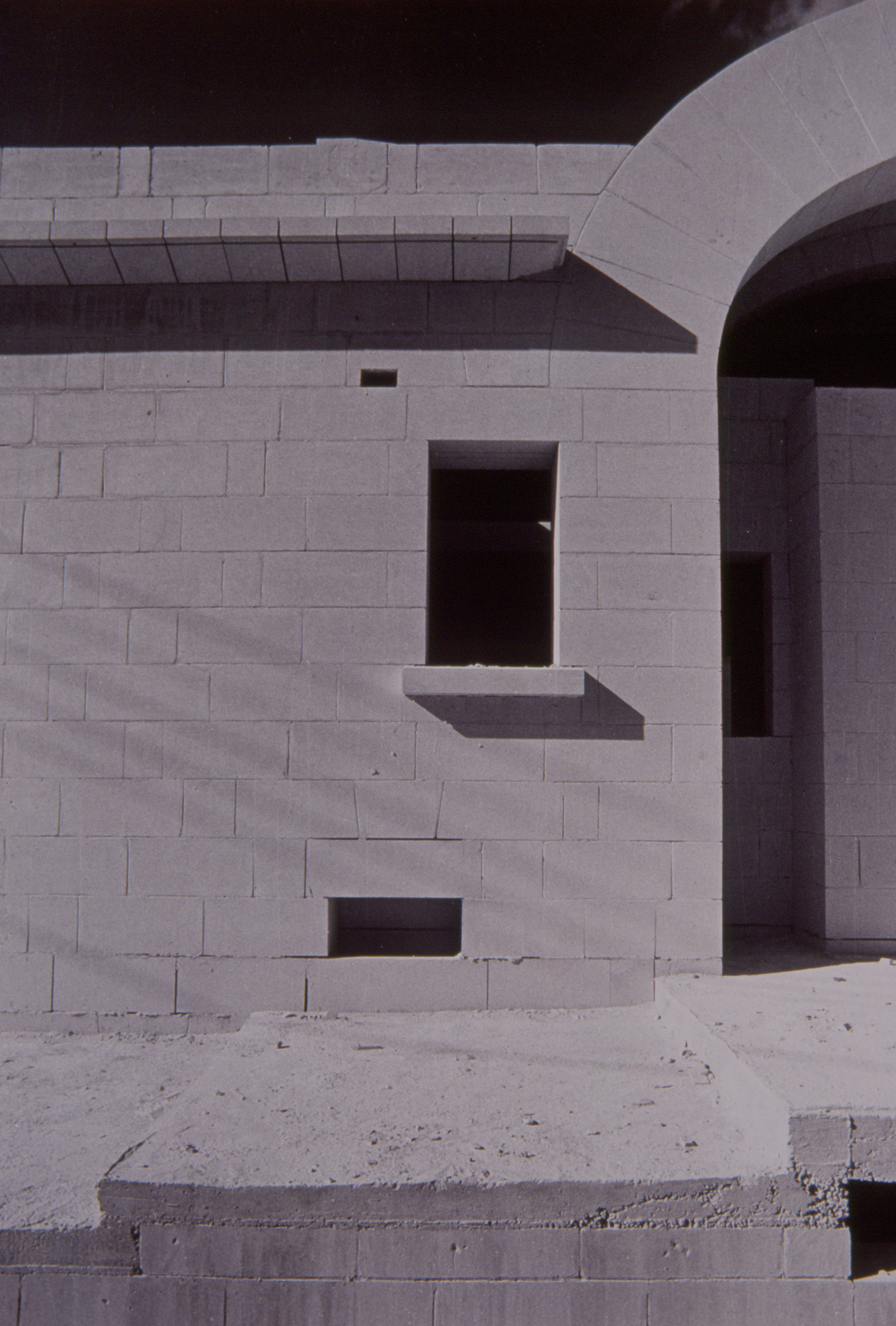