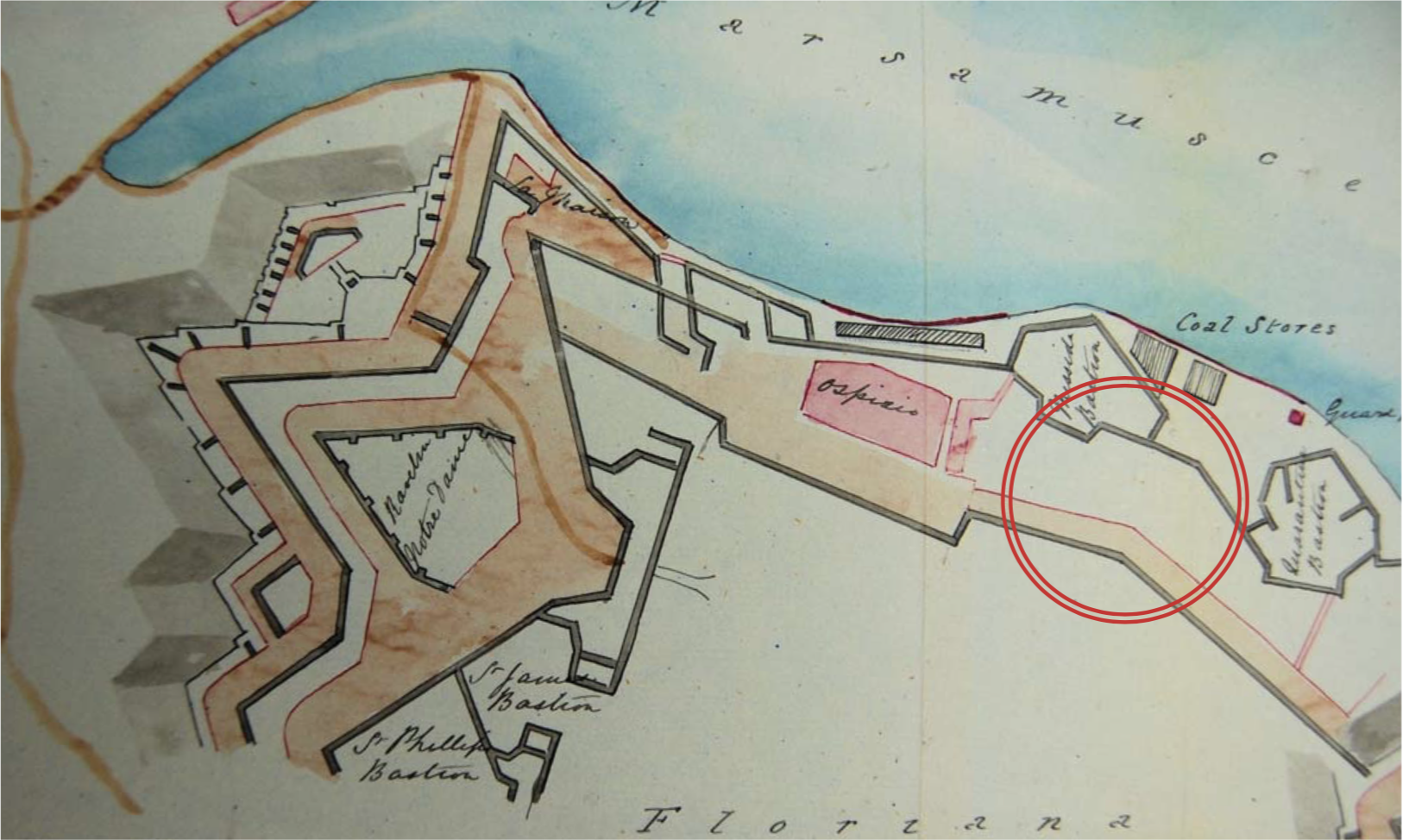 In collaboration with the National Book Council, AP developed a concept masterplan for the site where the Central Public Library lies, in Floriana. The intention is to explore a potential regeneration of the entire area whilst  exploring the possible new spaces and uses that could be introduced in the

The Public Library was opened in 1974 in the old Criminal Investigation Department block. This was a rethink of the British Barracks for married soldiers, built around 1900-1903. The orientation of the buildings was always facing the Marsamxetto Harbour side of Floriana. This might be explained by the presence of several historical burial grounds. Not much is left of the original buildings. 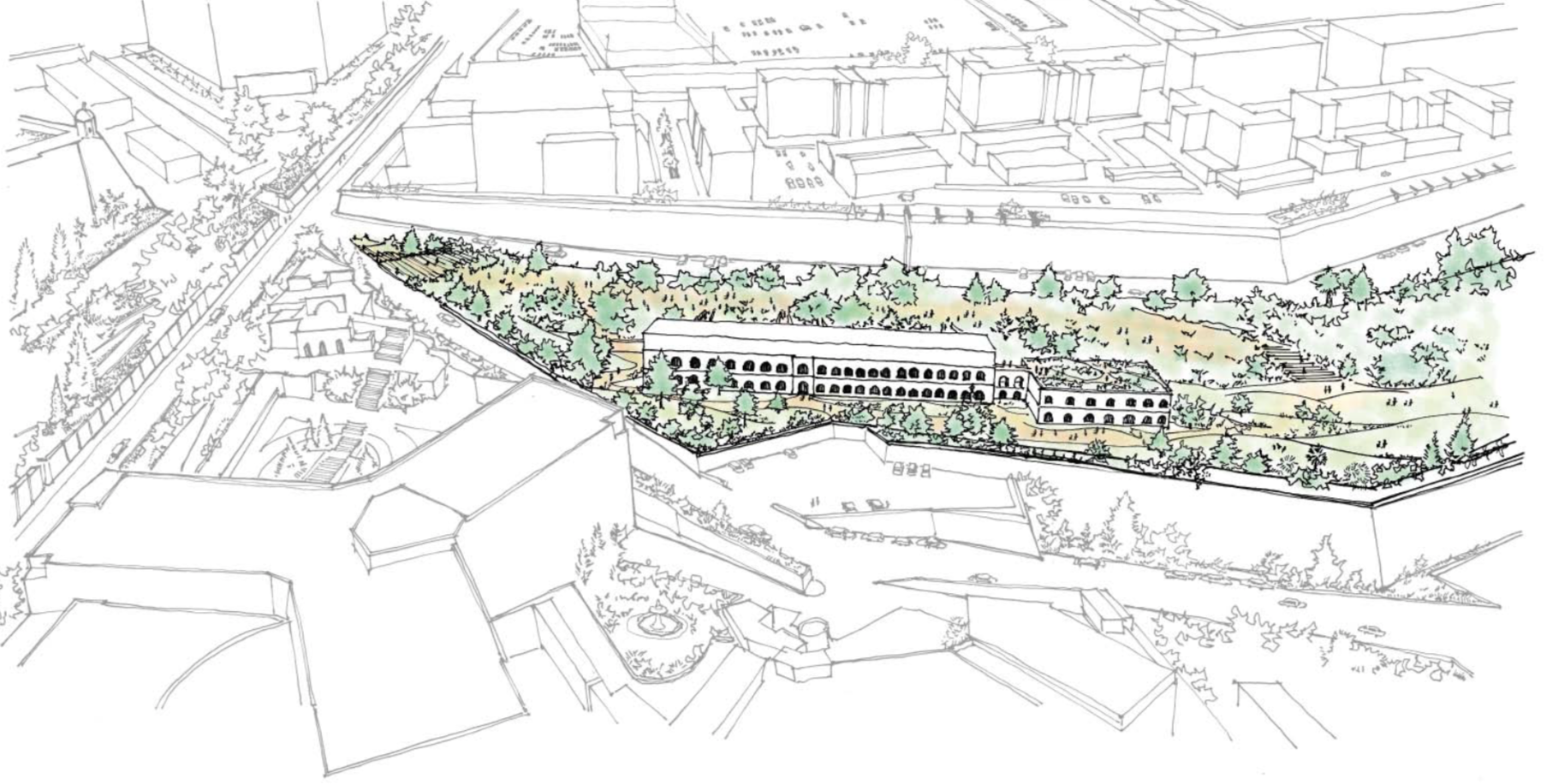 The concept is to reinstate the historic thread linking the bastions with a reinvigorated green belt running through the site, connecting MICAS to the entrance to Valletta as well as creating a new green, open 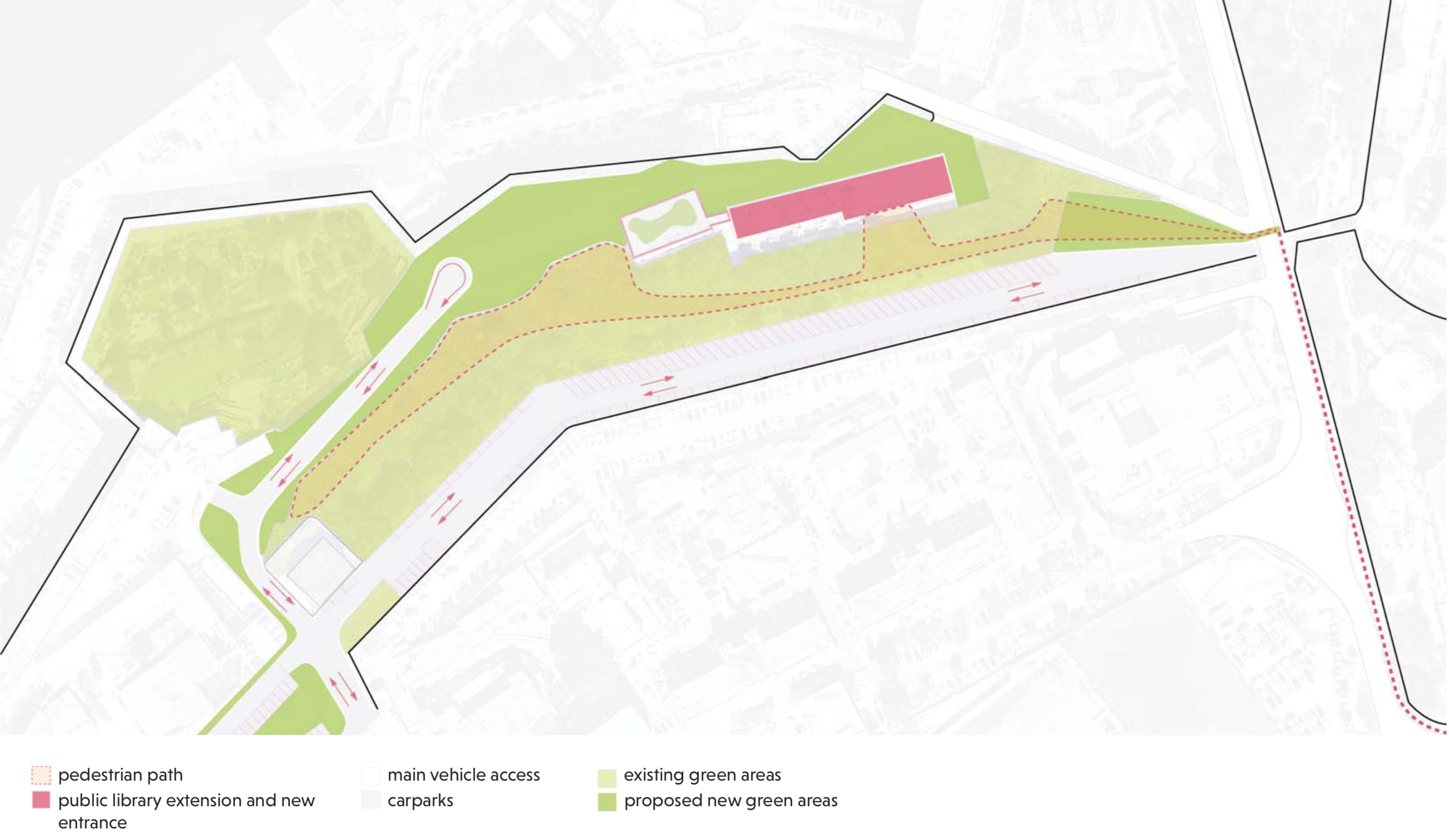 The regeneration proposal is based upon 4 main ideas: 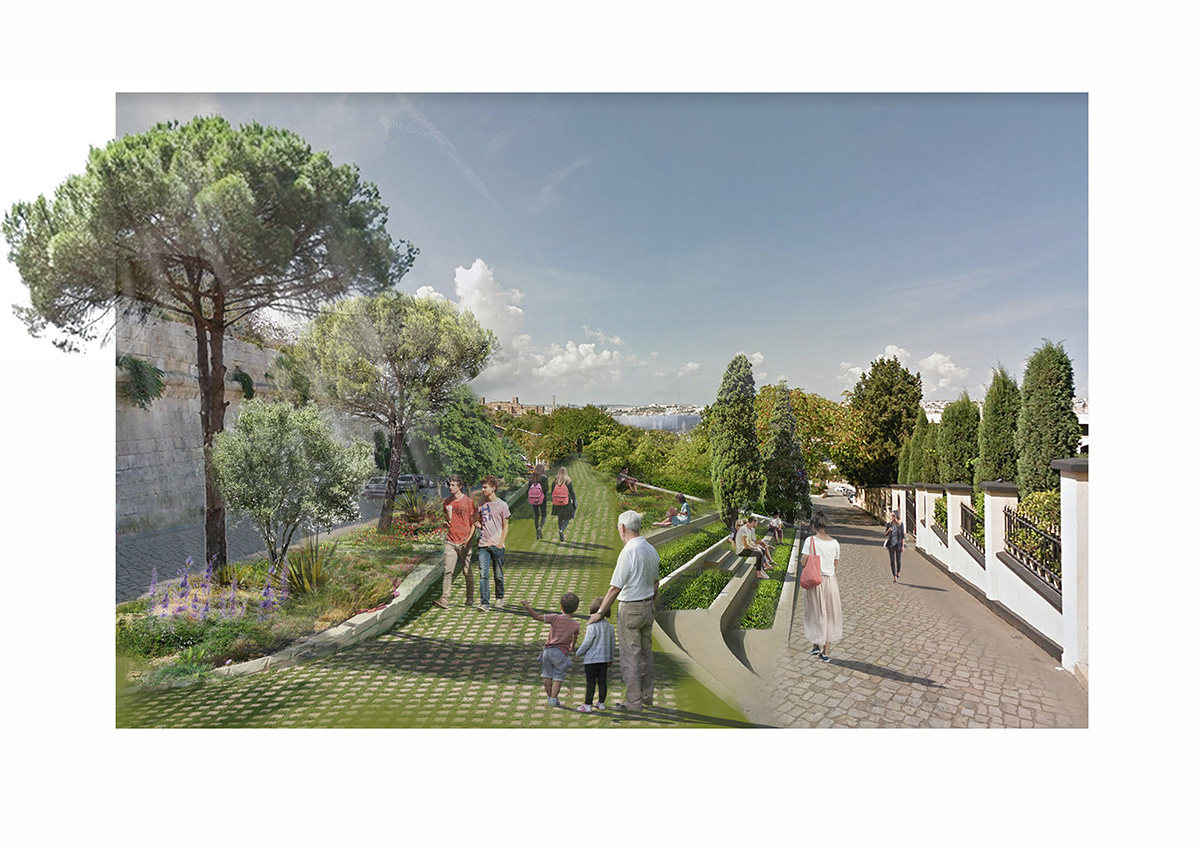 1. Improve visibility and accessibility, through a new green pedestrian access which would invite people to explore the area and facilitate access to the roof level as a new entrance to the Central Public Library. 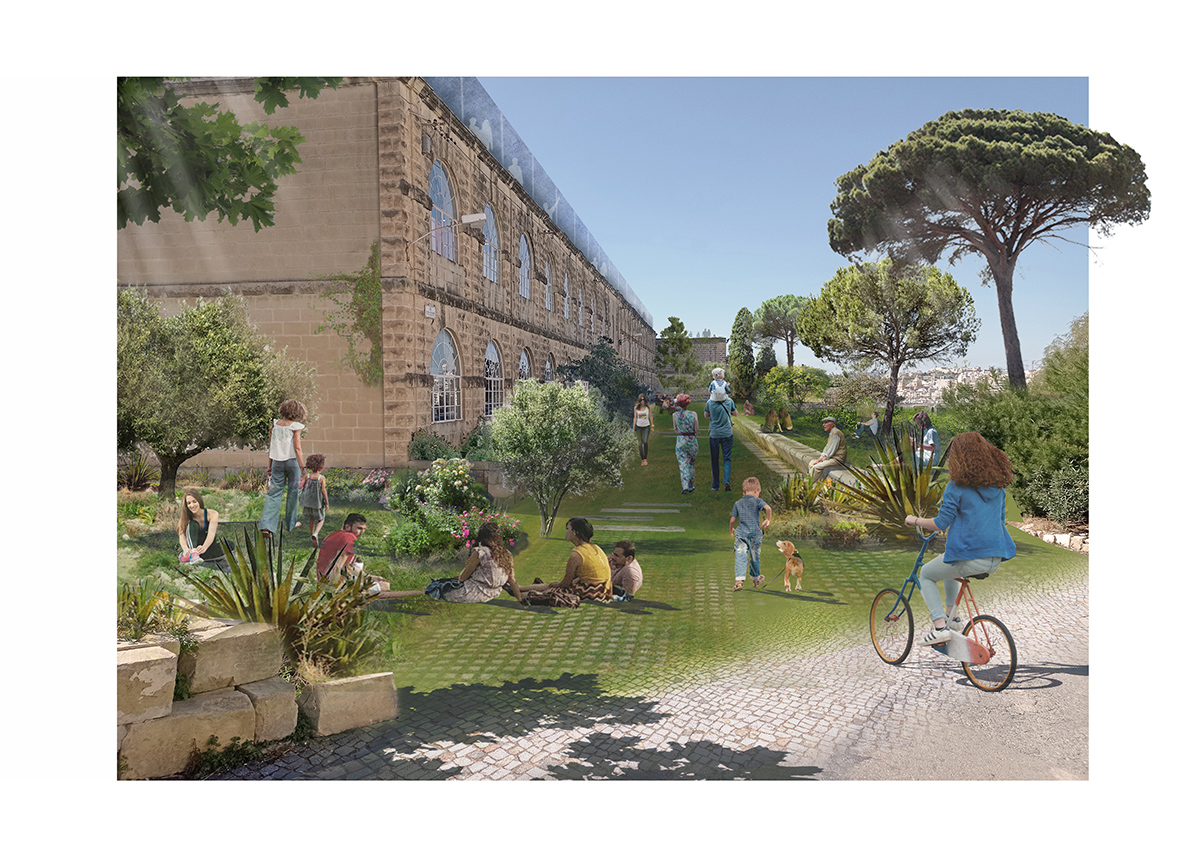 2. Offer more and improved indoor and outdoor space, which could be reorganised to create new areas for different uses.

3. Provide a series of flexible spaces to diversify activities and events such as public events, seminars and informal gatherings organised by the community, gravitating around culture, literature, education and leisure activities.

4. Extend opening hours, keeping the library alive and open until late at night.

The Central Public Library area regeneration proposal is part of Building Futures, a project  in collaboration with The Malta Chamber.