Residual disparity: the exchange of forces. 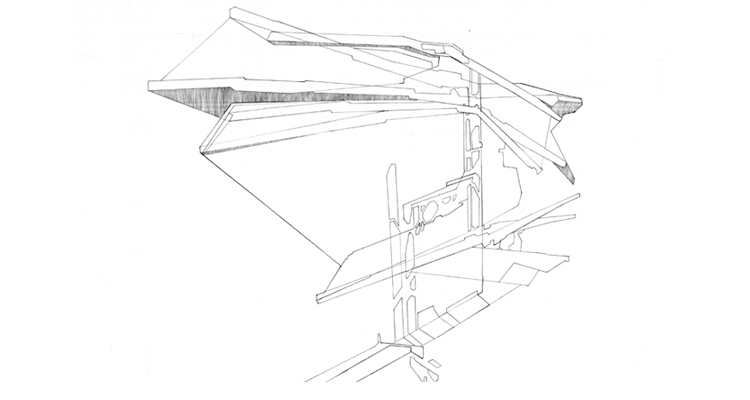 Investigating and interpreting a controlled crash of a moving object:

The drafted outline of the respective runways is a schematic set of boundaries within which the interaction between the land and the moving object, the plane, takes place. In principle the interaction between the fixed land and the moving object can be seen as an exchange of forces. The resistance properties of the runways are engineered as such so they can withstand the forces the 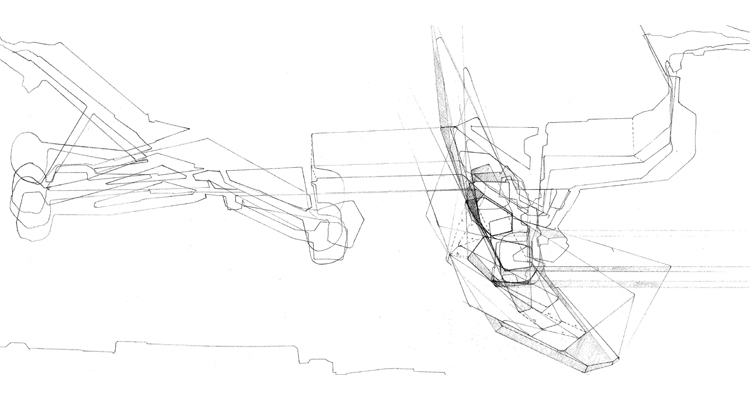 The drawing narrates, investigates and interprets misalignments, spatial accidents and unintended forces on the linear landscape the runway. Evidence of that are tire marks, air turbulence affecting the vegetation surrounding the runways or runway damages due . 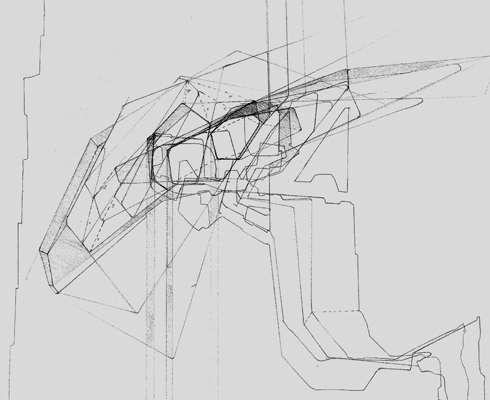