AP has positioned itself as part of a in Sappers Street Valletta. The idea of bringing together creative enterprises next to each other is to stimulate them as drivers for urban regeneration, innovation and branding. The idea is to develop and grow within the context of Valletta as a creative city after Valletta 2018 European Capital of Culture based on connecting or catalysing cultural enterprises as 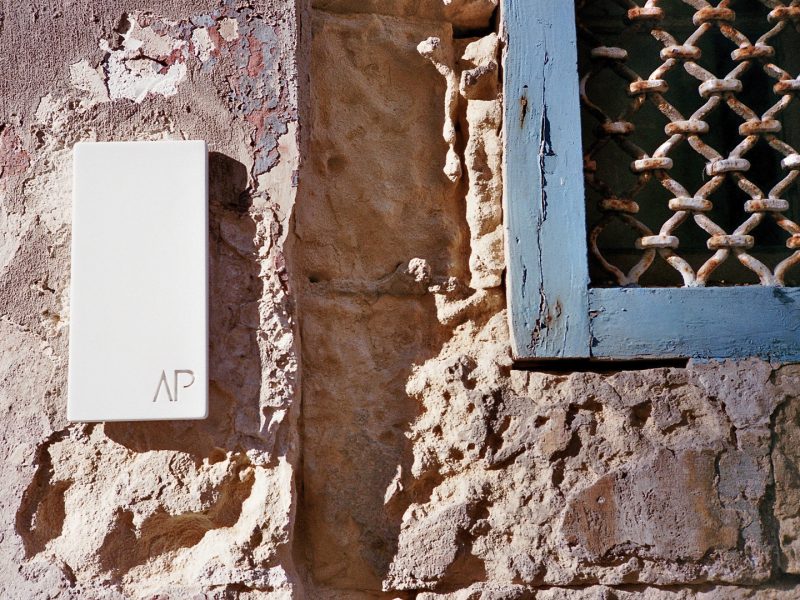 AP Valletta has started a regeneration programme for the renovation of its historical building. It is situated on St. Michael’s Bastion, part of the enceinte of the fifteenth century, and overlooks the entrance to Marsamxett Harbour. A tunnel underlying the building along its length connects Sappers Street to the fortified ditch that surrounds the town. The original seventeenth century fabric of the building was considerably tampered with during the nineteenth century. During the Crimean War, when Malta served as headquarters for the Allies, an unrealised project for a military hospital on the bastion led by Florence Nightingale, incorporated this building to serve as the entrance wing. In spite of this, the building is the only one in the area to retain its original aspect, most of the surrounding area having been redeveloped in the eclectic style 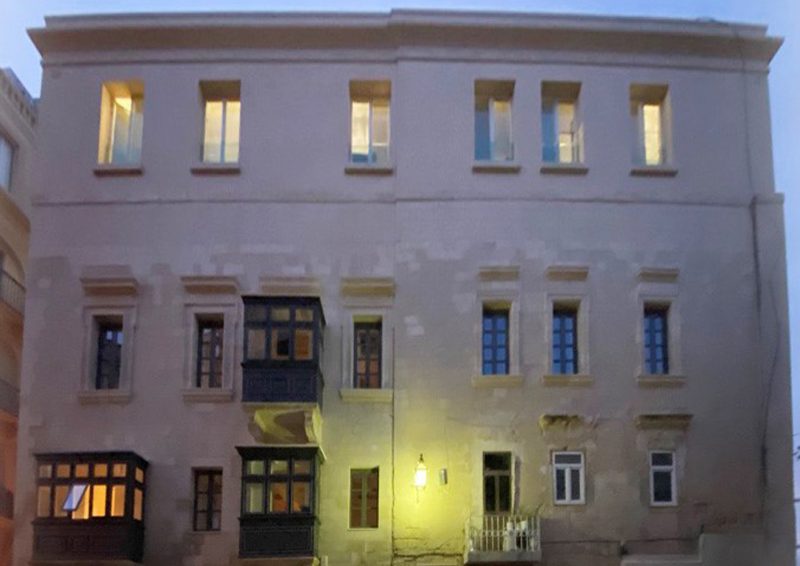 The restoration process demanded great care for the delicate historic elements. The masonry structure required the replacement of several deteriorated stone blocks, to reintroduce the structural integrity of the building envelope and the visual legibility of the 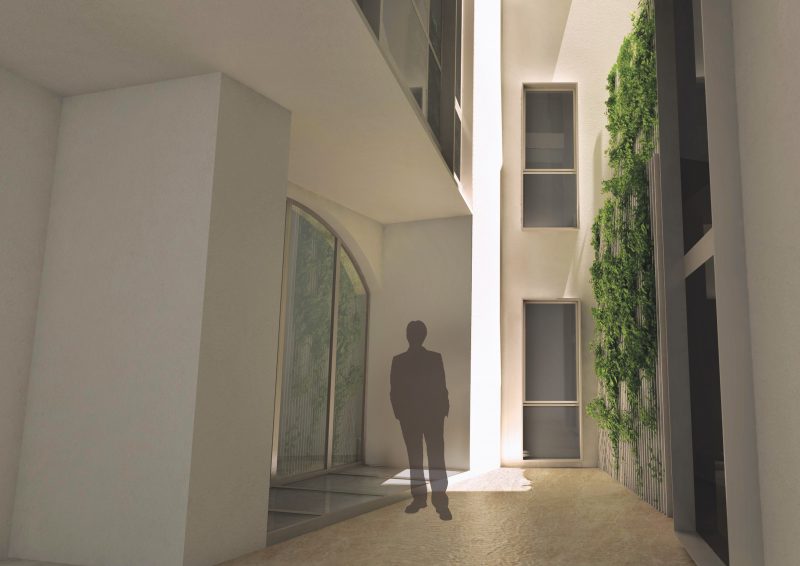 The six storeys building will surround a central courtyard, a key element of the building. Bringing natural light in, the courtyard has been developed as a communal yet private area, harmonising the elements of solid and void of the space. Openness and transparency mould both the working and the recreational areas. The elegant combination of materials such as wood, travertine and concrete will ensure the quality and lightness

The ground floor is designed to be a shared space for all the tenants of the The kitchen and lounge area will serve as a welcoming and networking space, where people can take time to relax and build relationships, promoting cooperation and cultural exchange amongst the different creative entities 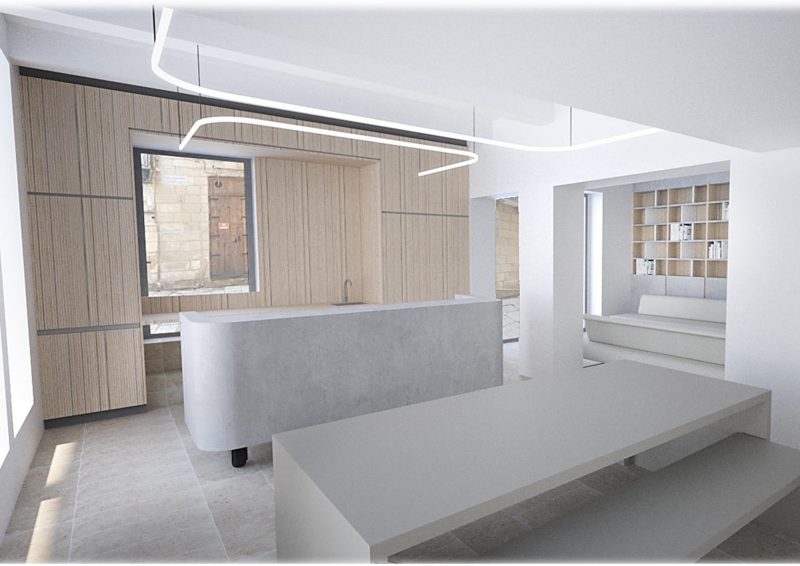 is an opportunity to create a unique hub entirely dedicated to the cultivation of new ideas in Valletta. The cluster is designed to be fully integrated in its urban surrounding and 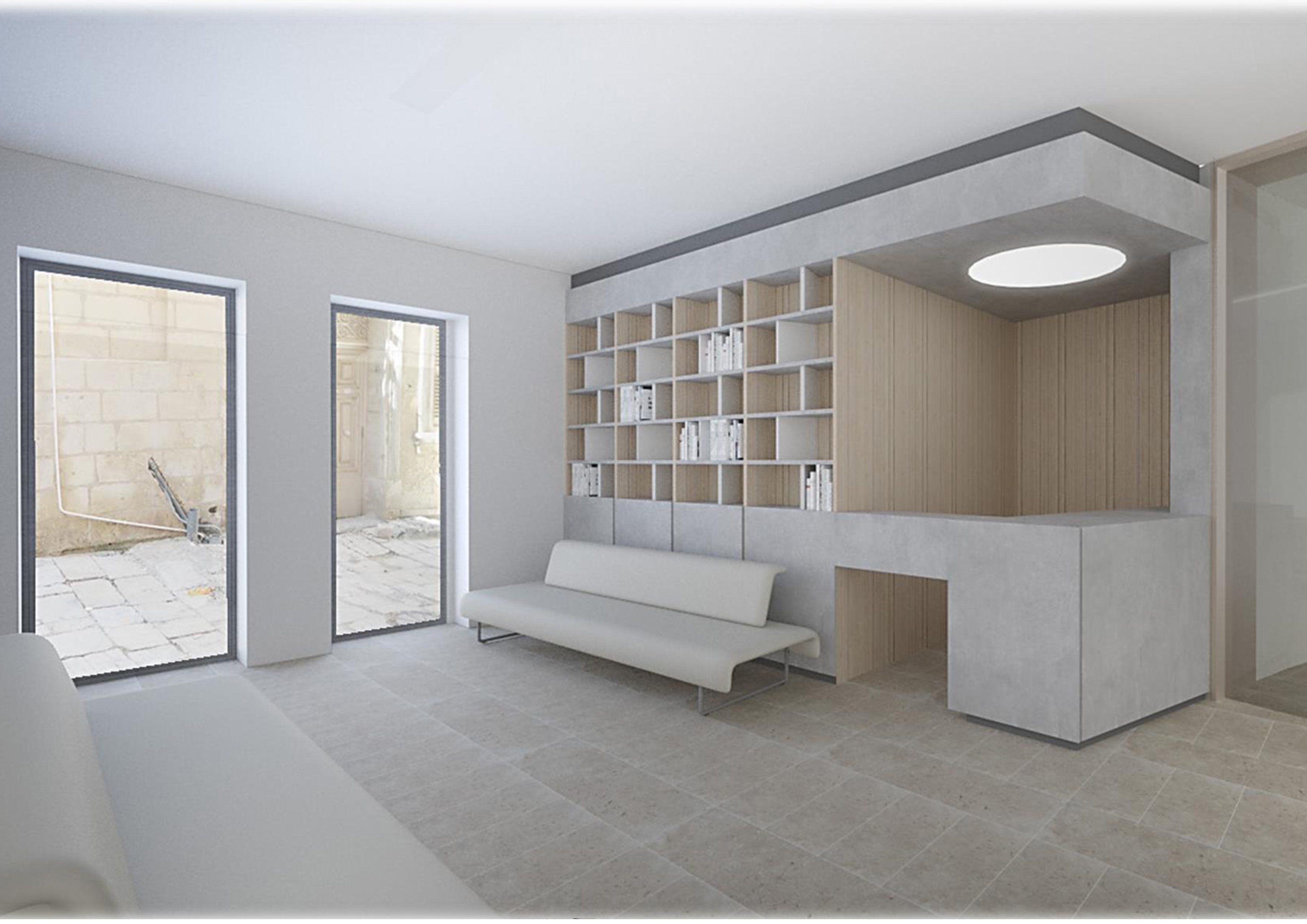 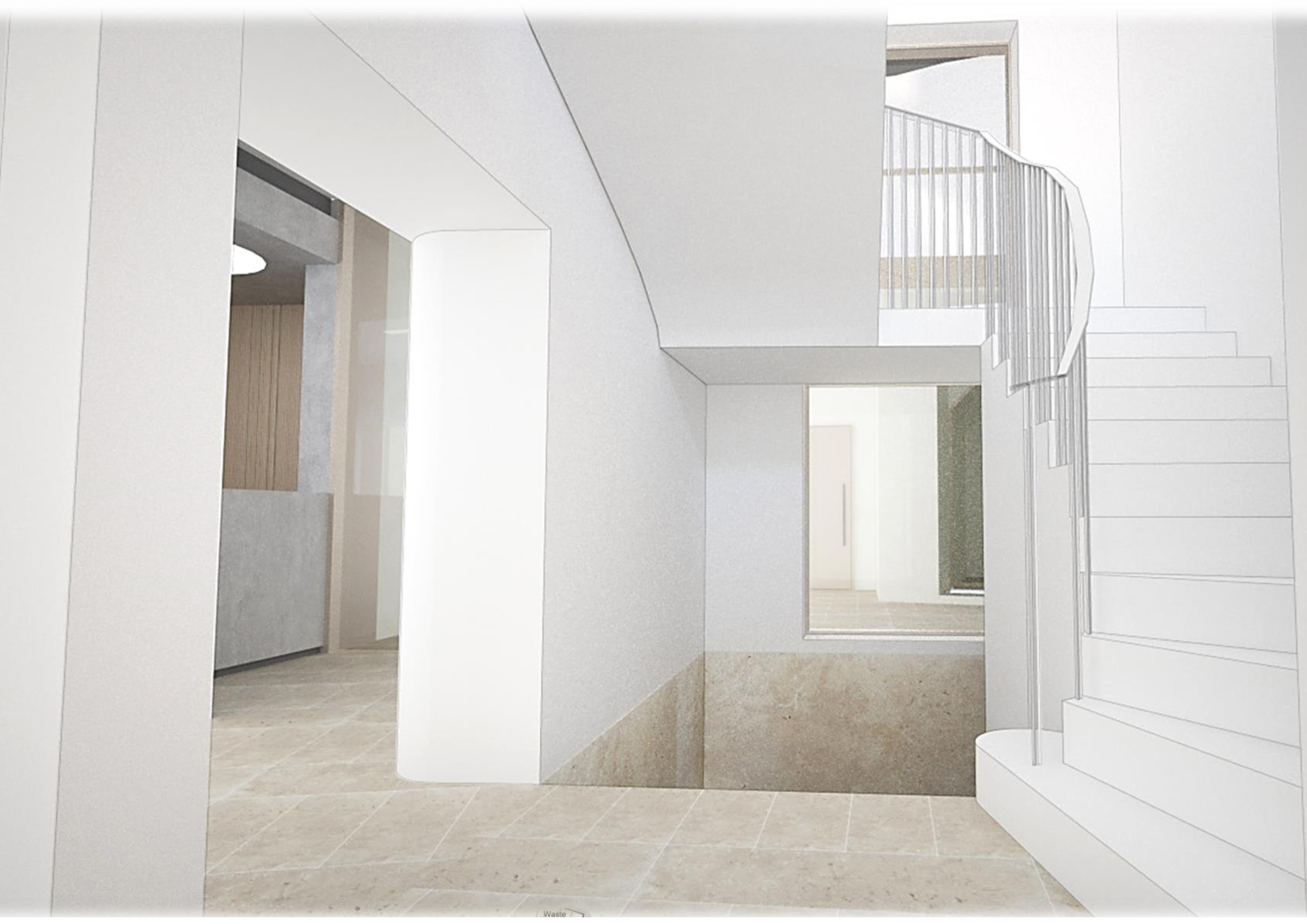 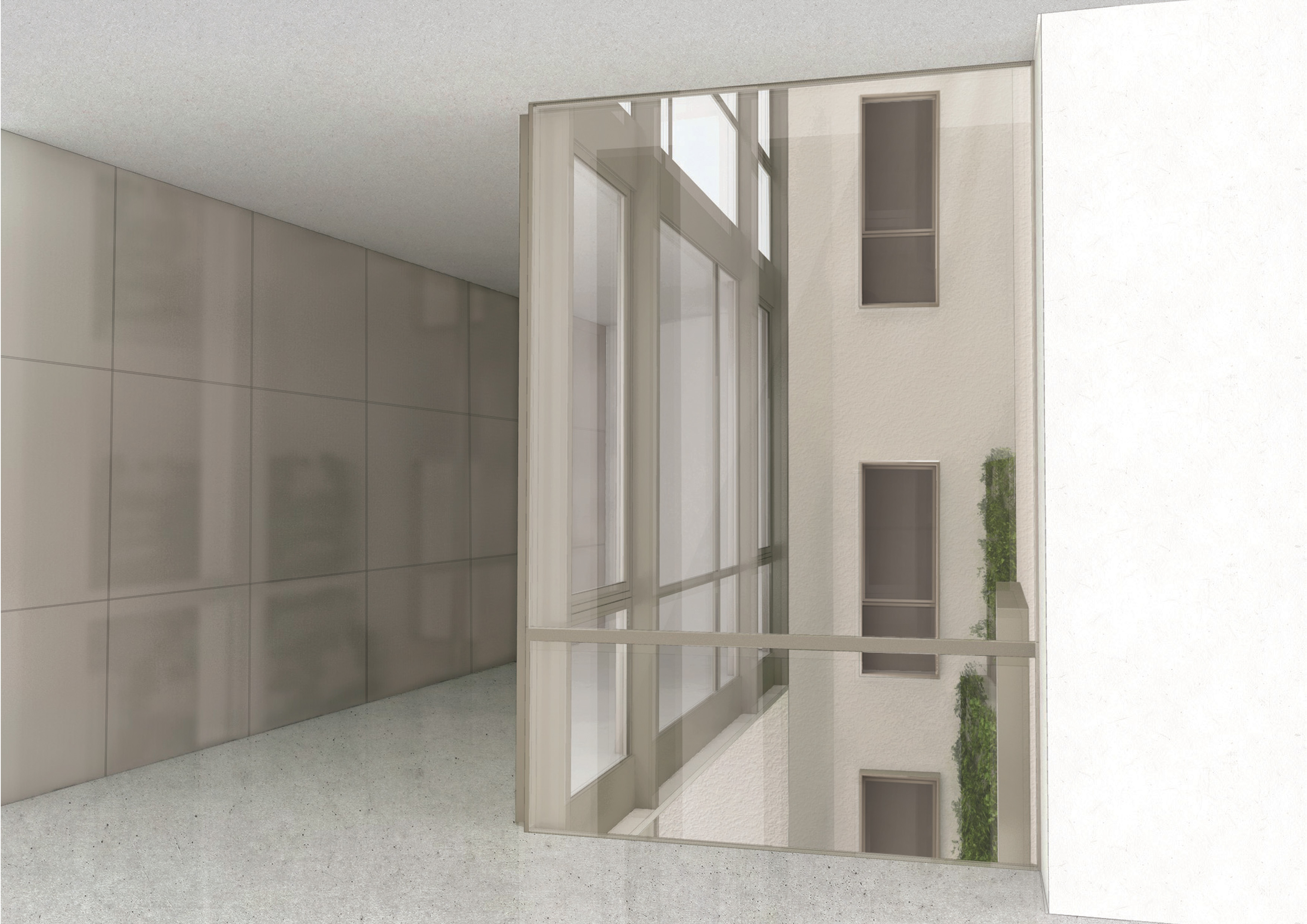 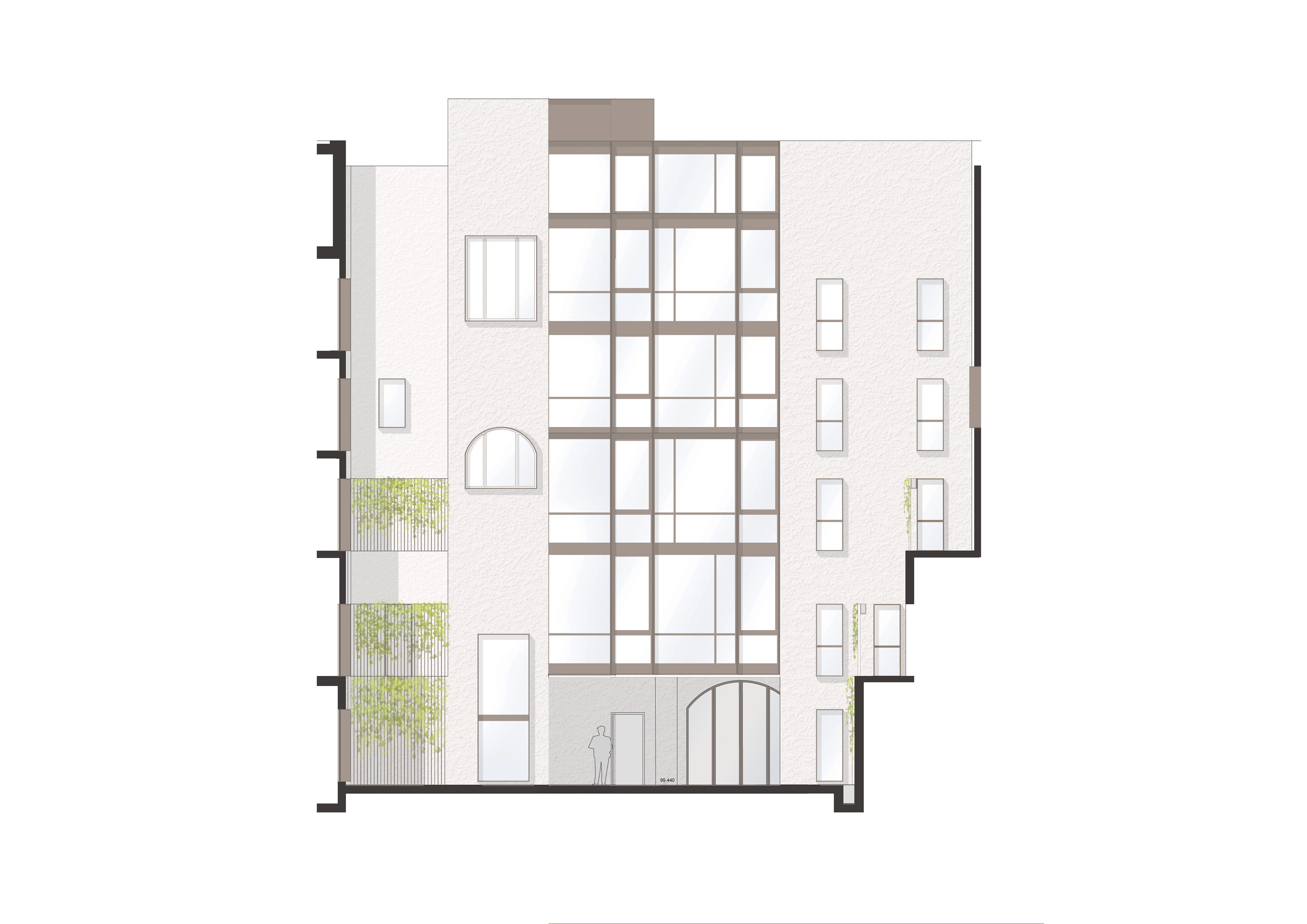 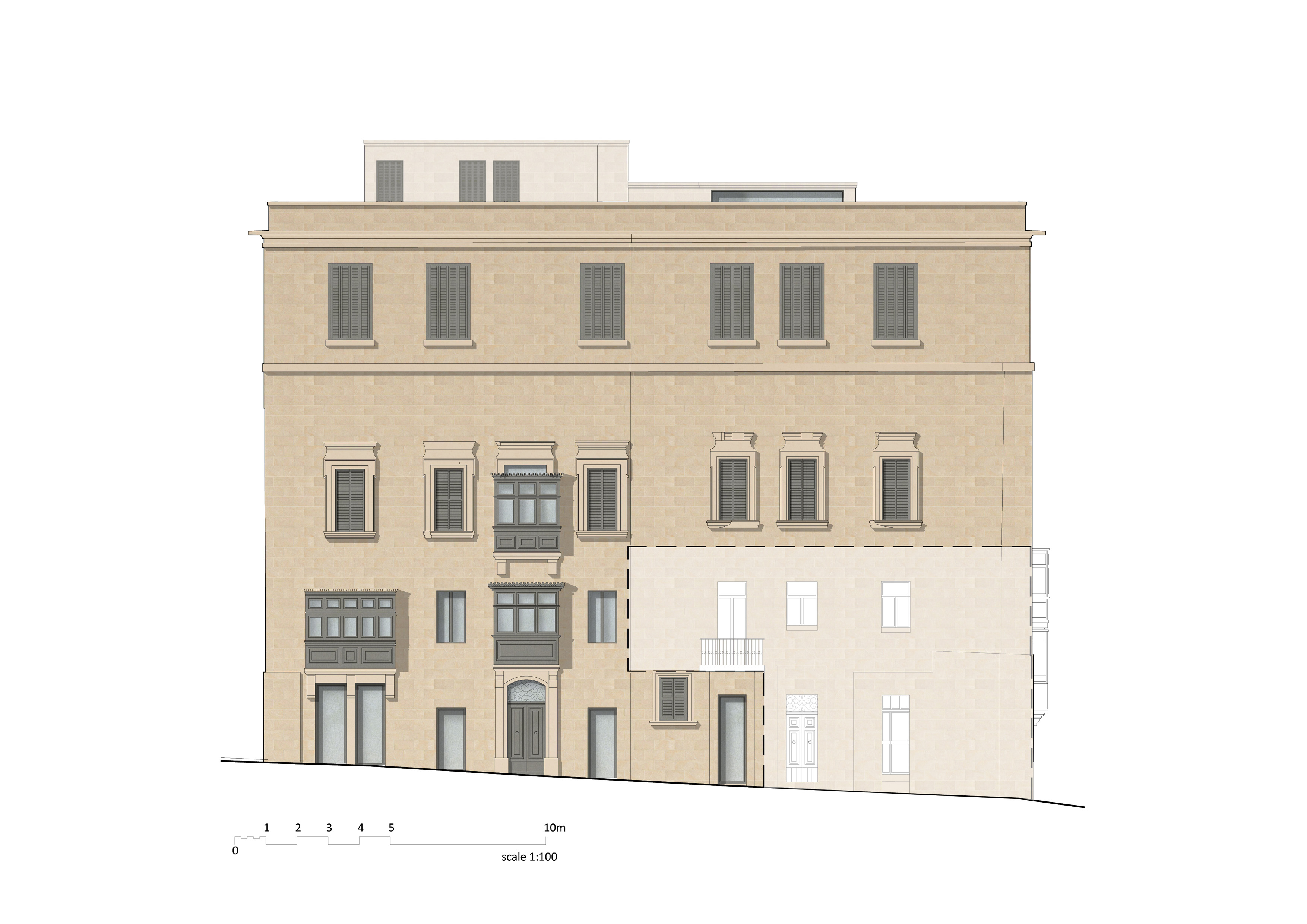 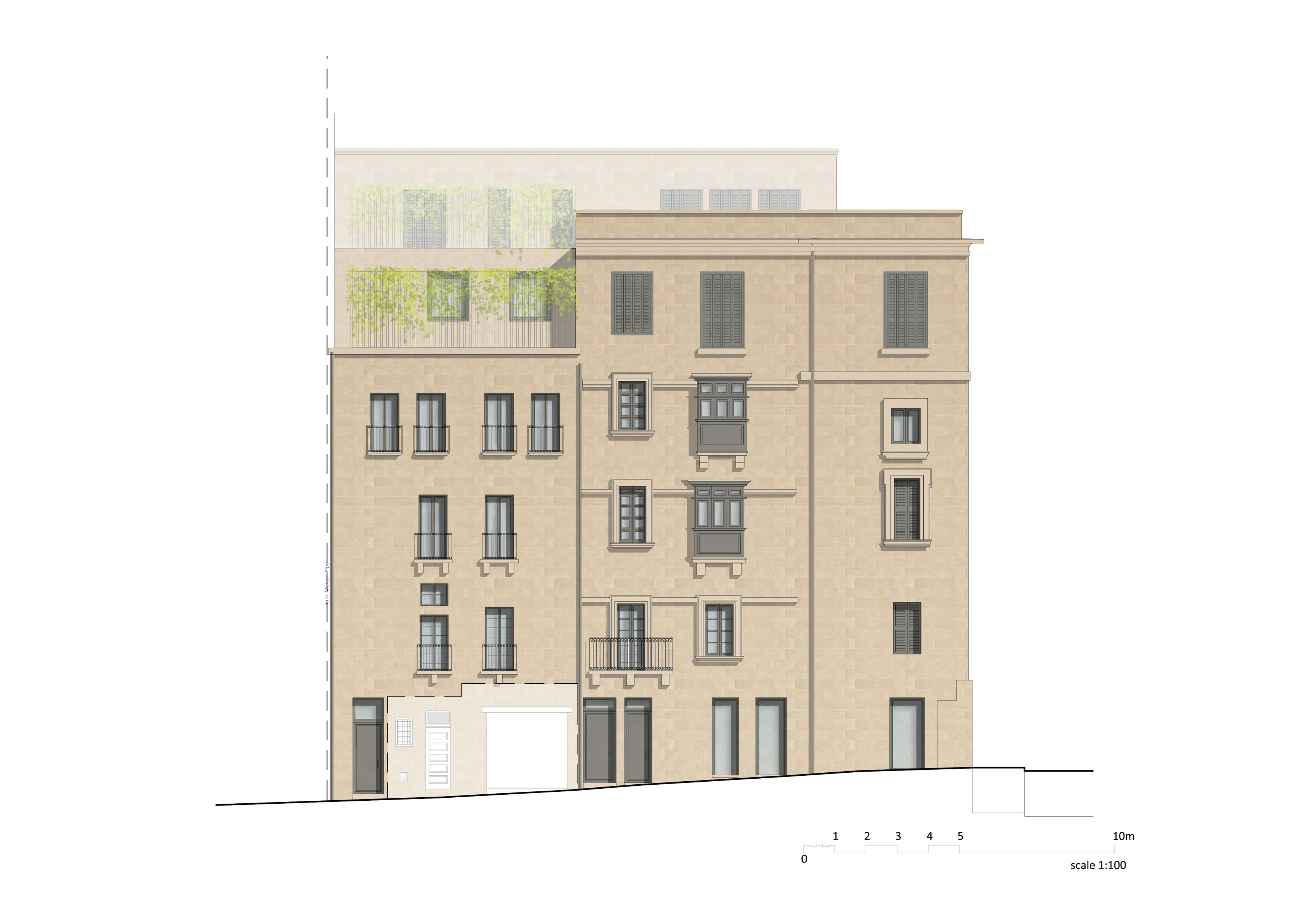 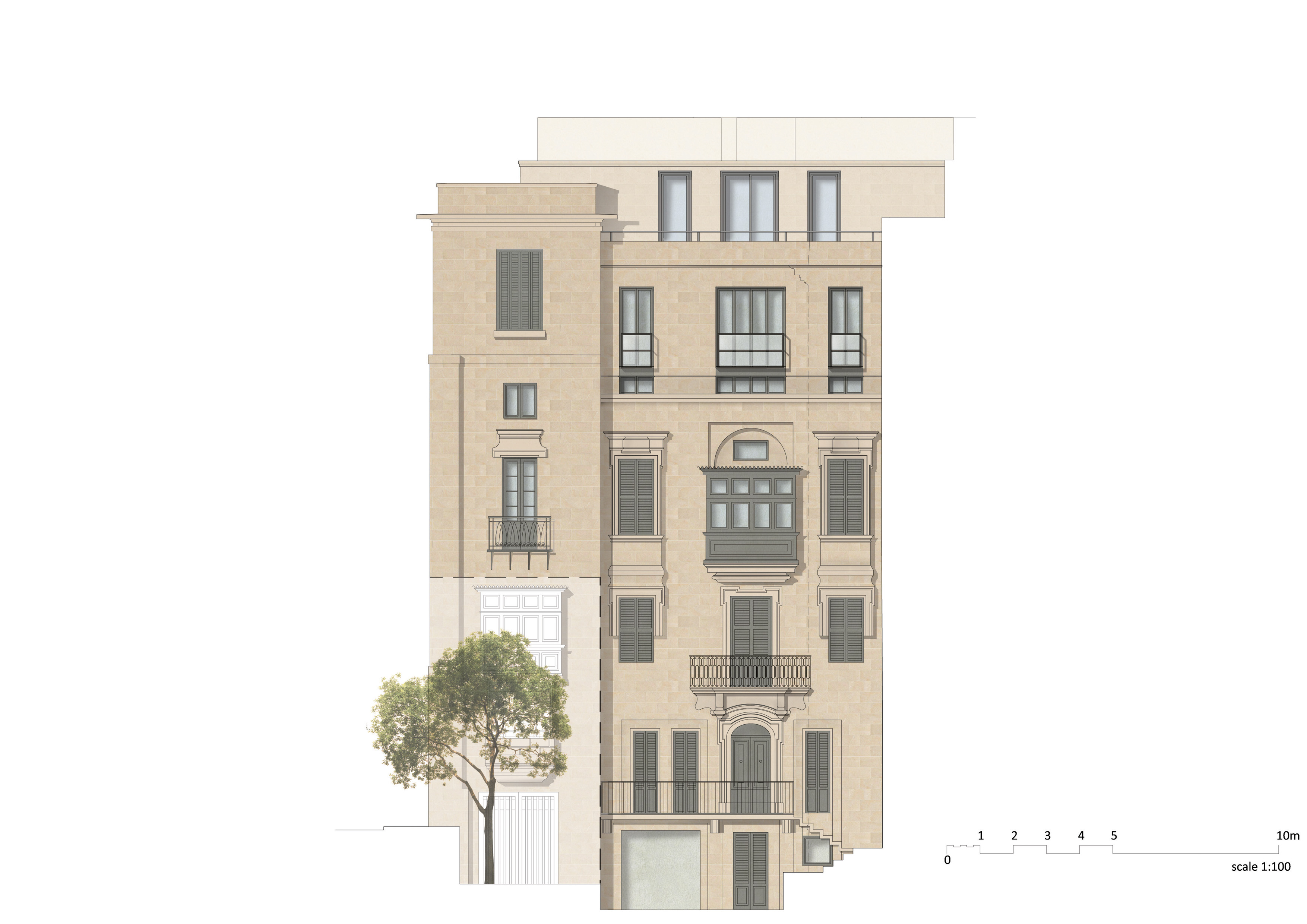