When Isabella, Infanta of Spain and Portugal, Governor-general of the Netherlands, collaborated in the early 1620s with to design a set of tapestries that would describe the Triumph of the Eucharist, this was conceived primarily as a marketing tool to counter the onslaught of the Reformation and was the start of a 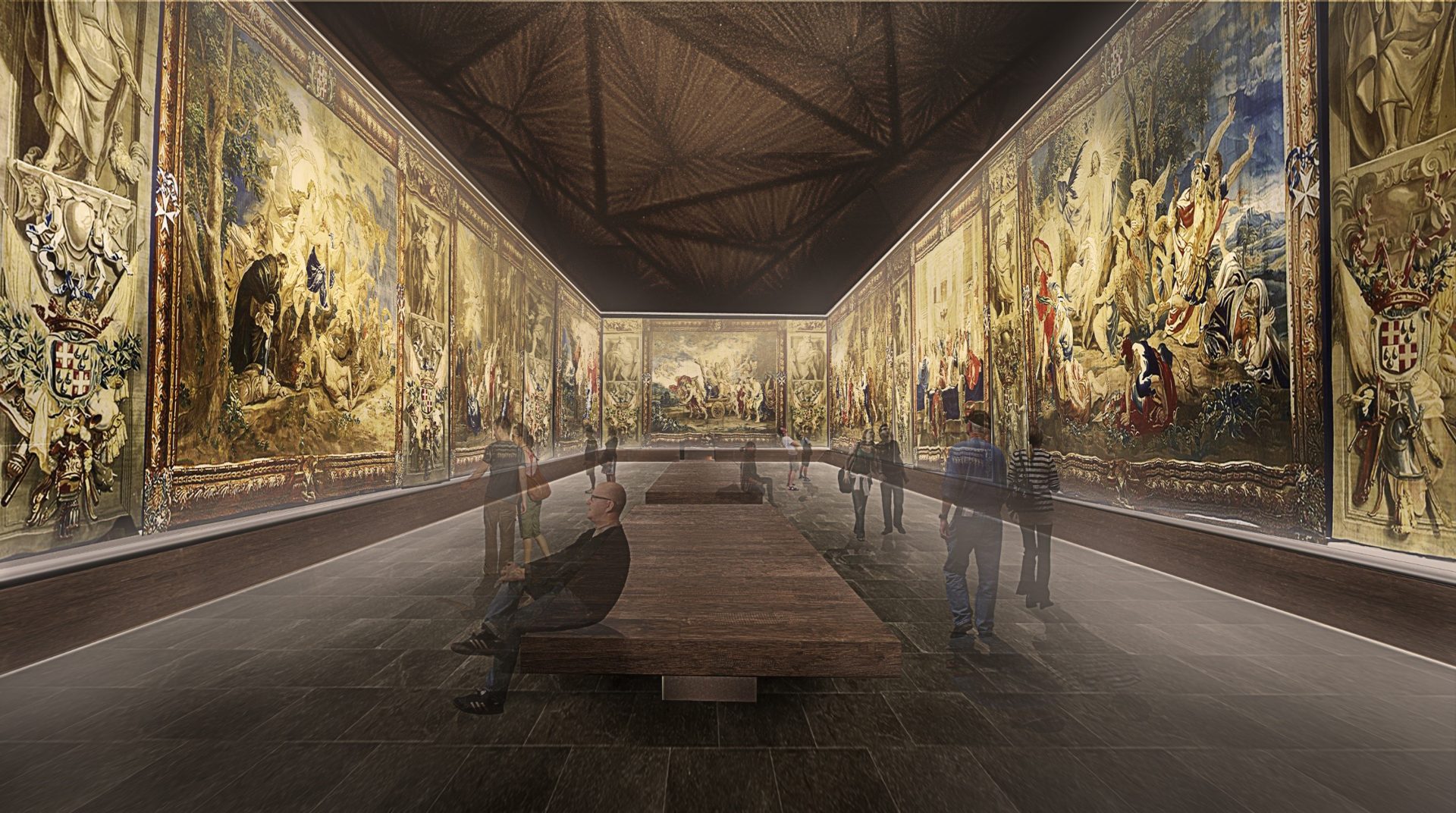 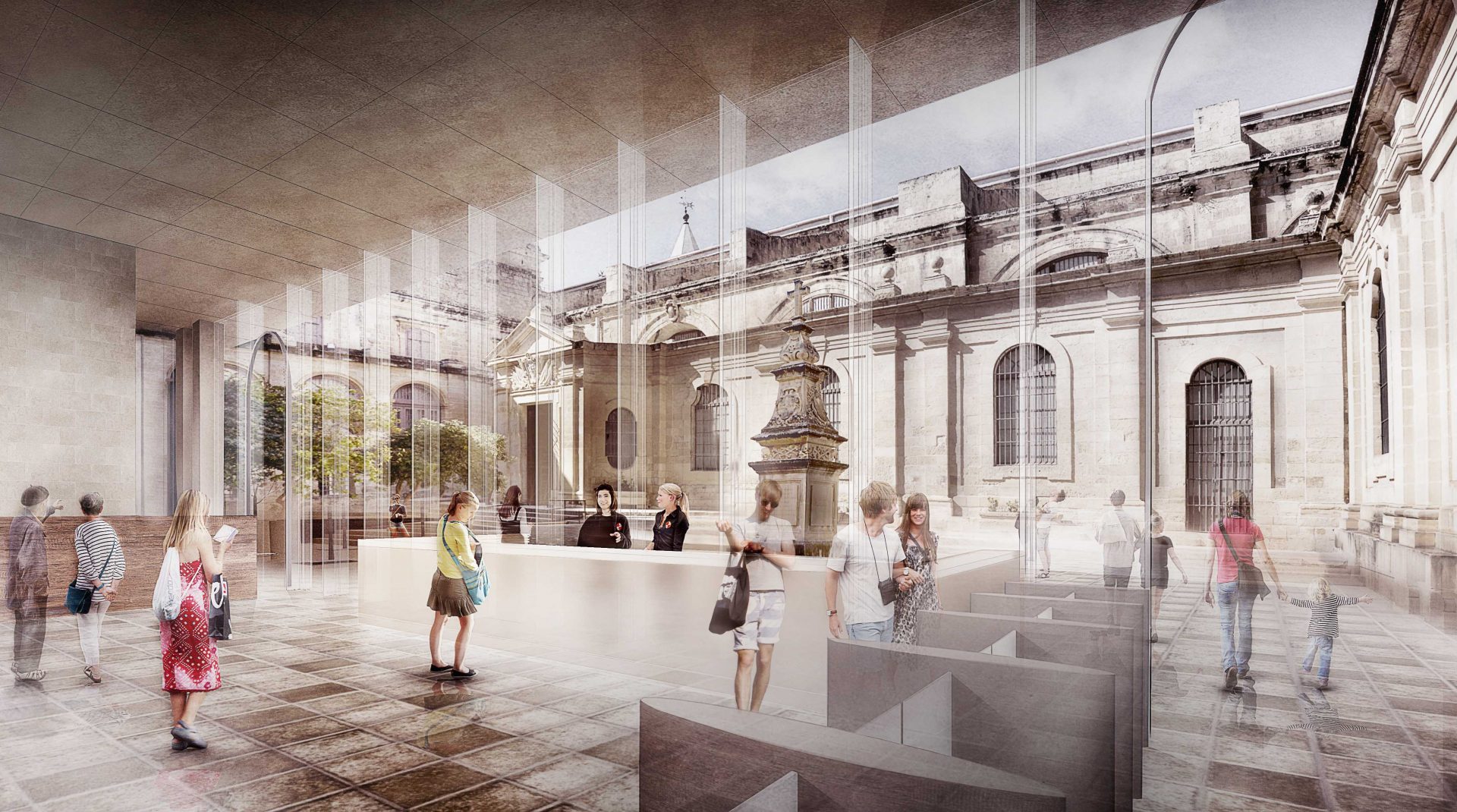 The set of monumental tapestries was presented by the Infanta to the Monasterio de las Descalzas Reales where they decorated the convent church on important occasions. More than half a century later, Ramon Perellos y Roccaful conceived a plan to commission a full set of these tapestries as a gift to the of on his election as Grand Master to the Order, a tradition that held sway for the two and a half centuries during which the Order of of Jerusalem governed the island of Malta. His intention was to outshine the gifts of all previous Grand Masters, and to add a soft and sumptuous touch to the interior of the church whose walls, vault and floor had been, over the previous decades, covered with polychrome marble sepulchral slabs, gilded sculptural decoration, and paintings by artists of the calibre of Mattia Preti 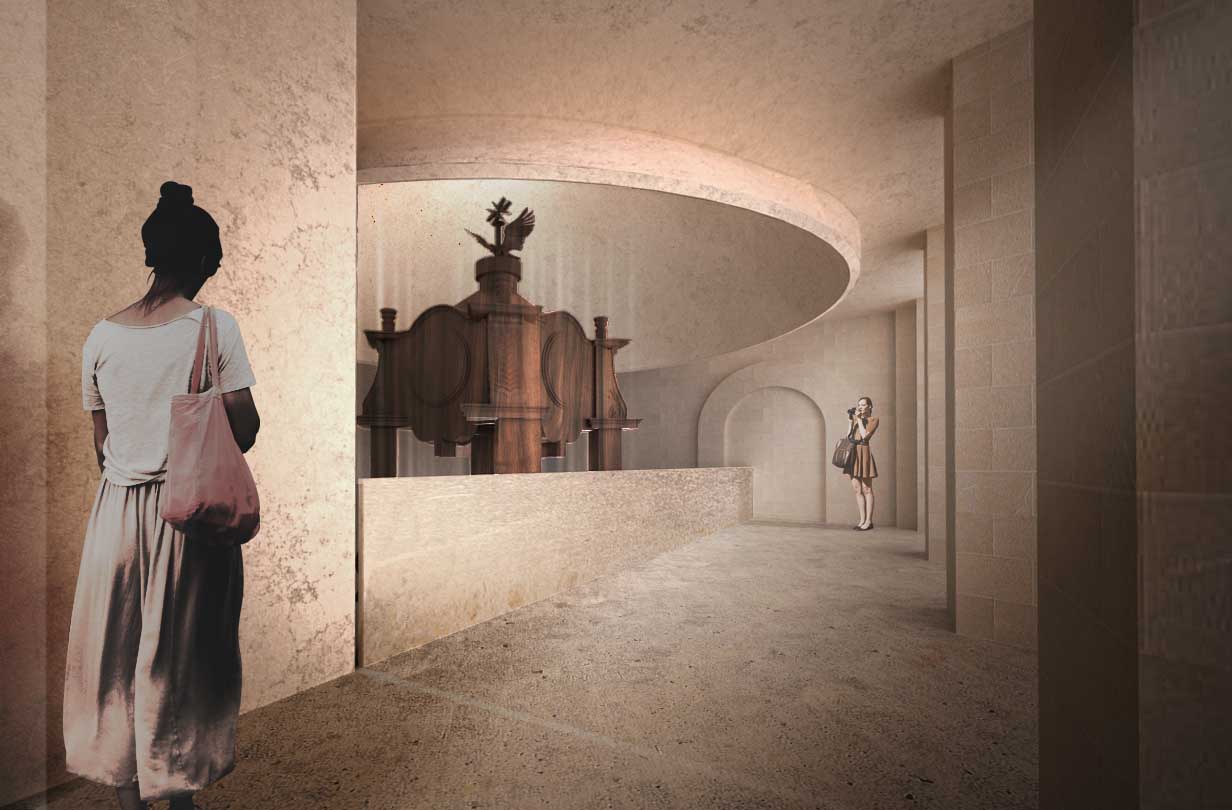 The tapestries were hung in the Cathedral every year on the Feast of , but centuries of handling, inappropriate storage and harmful lighting and climate conditions had left their toll on these rich but delicate images made from silk and silver and Today they constitute the only full set of these designs by Rubens in the world and are considered one of the greatest artefacts of the

During the last decade this unique set has been undergoing extensive restoration in Michelin, near Brussels, their town of origin. The Cathedral Museum currently exhibits only six of the tapestries resulting in the loss of the grand narrative that celebrates the glory of the Roman 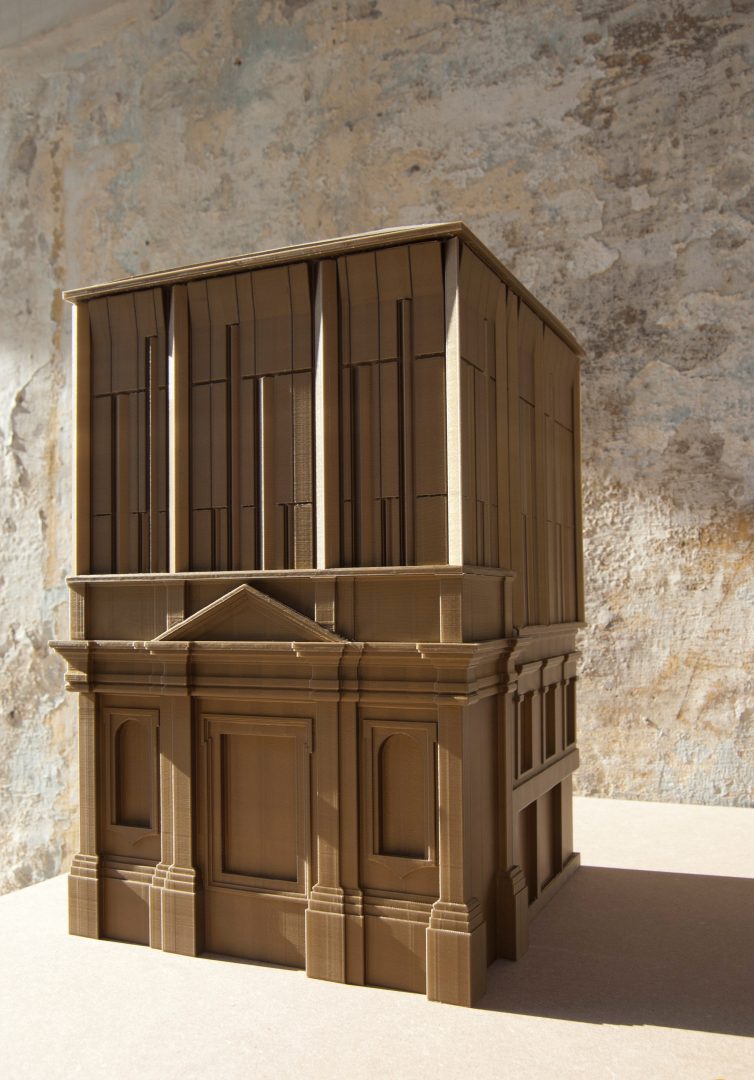 AP was commissioned to design the rehabilitation and extension of the current Museum. Besides restoring and reusing the neglected and underutilised historical spaces annexed to the Cathedral (including a sixteenth century crypt below the oratory that houses the Beheading of by Caravaggio and an eighteenth century wing designed by Romano Carapecchia), we have designed a monumental stone box to house this precious set 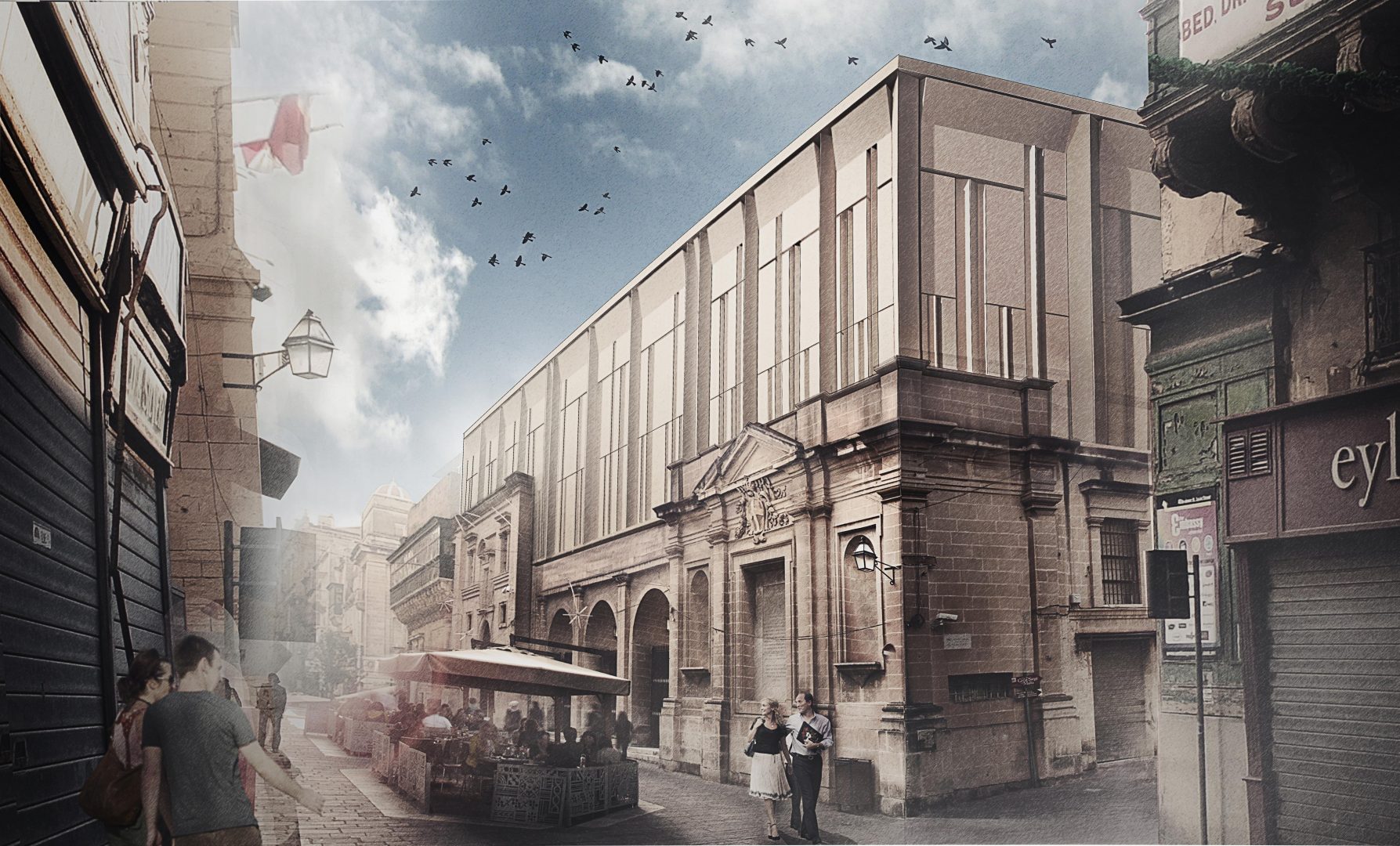 The blind walls, a requirement springing from the need to shut out all harmful natural light in the hall, measure 50m in length and 12m in height and are articulated with the classical, albeit forgotten, use of the niche and rotated pilaster. The latter have reducing dimensions and proportions to create a melodic relief, the shadows of which also form a false perspective that gives the illusion of depth and transparency. The end effect is that of a monumental reliquary containing the mystical narrative describing the principle mystery of

Access to the Tapestry Hall is through a circular stone staircase supported by what looks like a giant stone bell. Both this structure and the asymmetrical dome that roofs over the space containing the Cappella Ardente are the product of the marriage between traditional stone stereotomy construction techniques and contemporary parametric 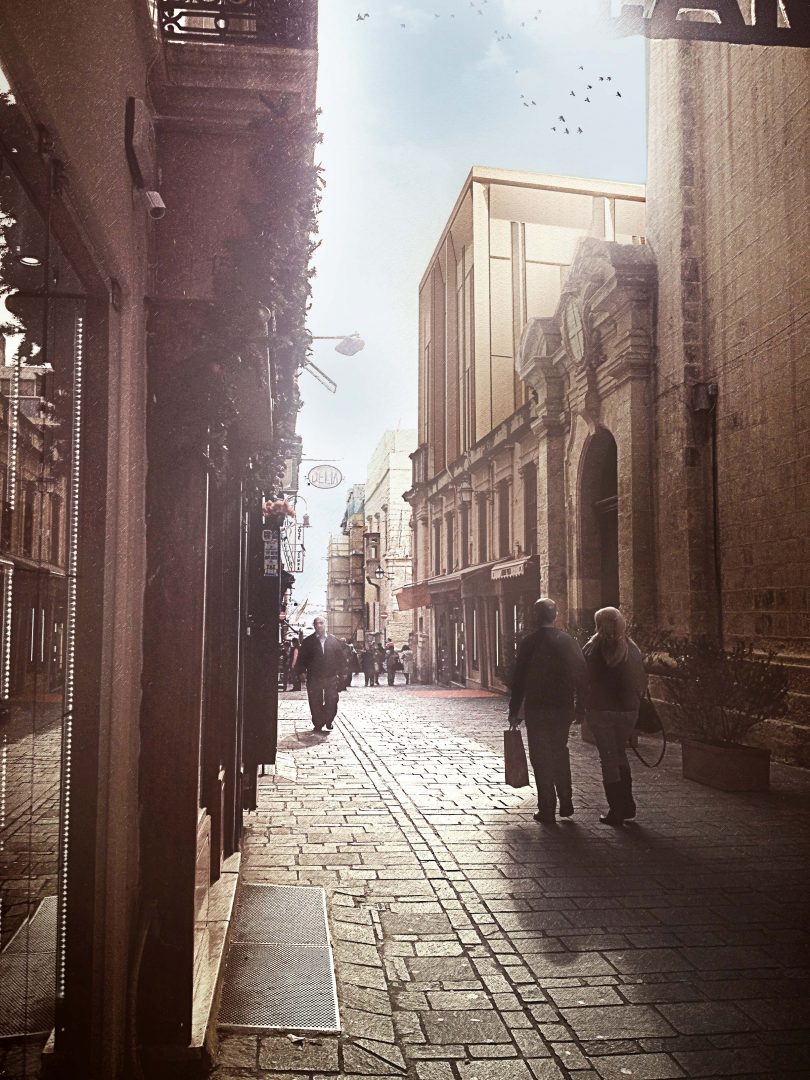 The project was initiated by the Museum Foundation for the purpose of providing a contemporary, environment for the precious collections that are housed by the current premises. These are lacking in space, museographic relevance and

It also aims at reviewing and updating the interface of the building with the public areas around, particularly the façades on Merchants’ Street and , providing access for all, reorganizing the circulation within the museum, improving the internal climate control to cater for the requirements of the collections and revising and updating the exhibition material to provide for an improved educational and enjoyable experience

The Foundation is also keen to ensure the continuing relevance of these artefacts from the past in today’s world. To this end the project also includes the setting up of a Caravaggio Centre in the spaces adjacent to the Oratory that houses the Caravaggio’s Beheading of The Centre will contain the St. Jerome also by Caravaggio and is designed to house temporary exhibitions, artists’ residencies, conferences and lectures inspired by the contribution of this great artist to

Like all the multifarious additions to the Cathedral complex that have added layer upon layer of spiritually charged spaces to the premises, this new extension is conceived to work hand in hand with the precious objects belonging to the treasury of the church in order to create a contemporary yet timeless experience