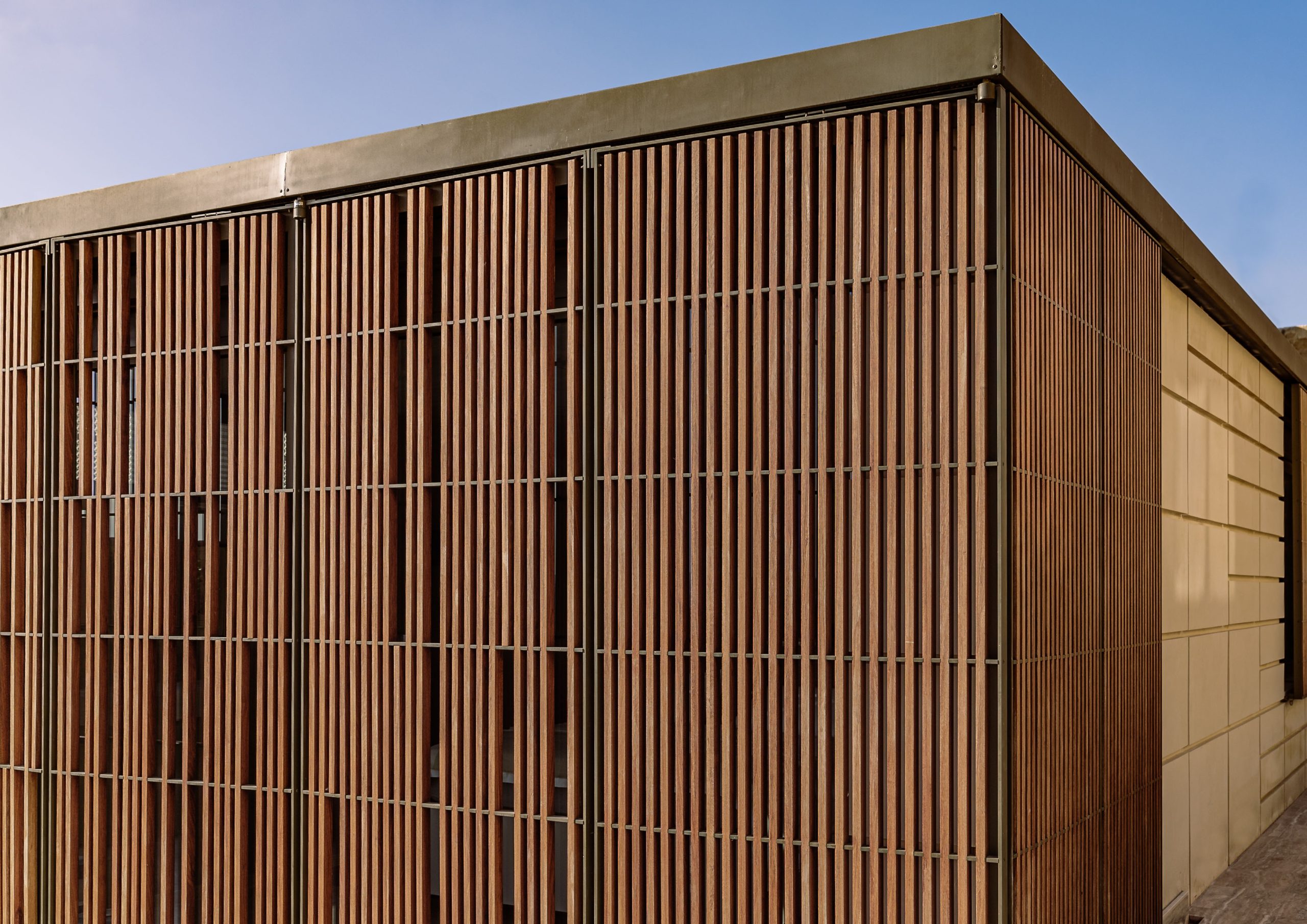 This is the story of a Palazzo in Valletta. Among its stunning ruins there are many hidden ‘treasures’, buried in dust and trash. Thanks to its new owners, the building will finally get the chance to rise from 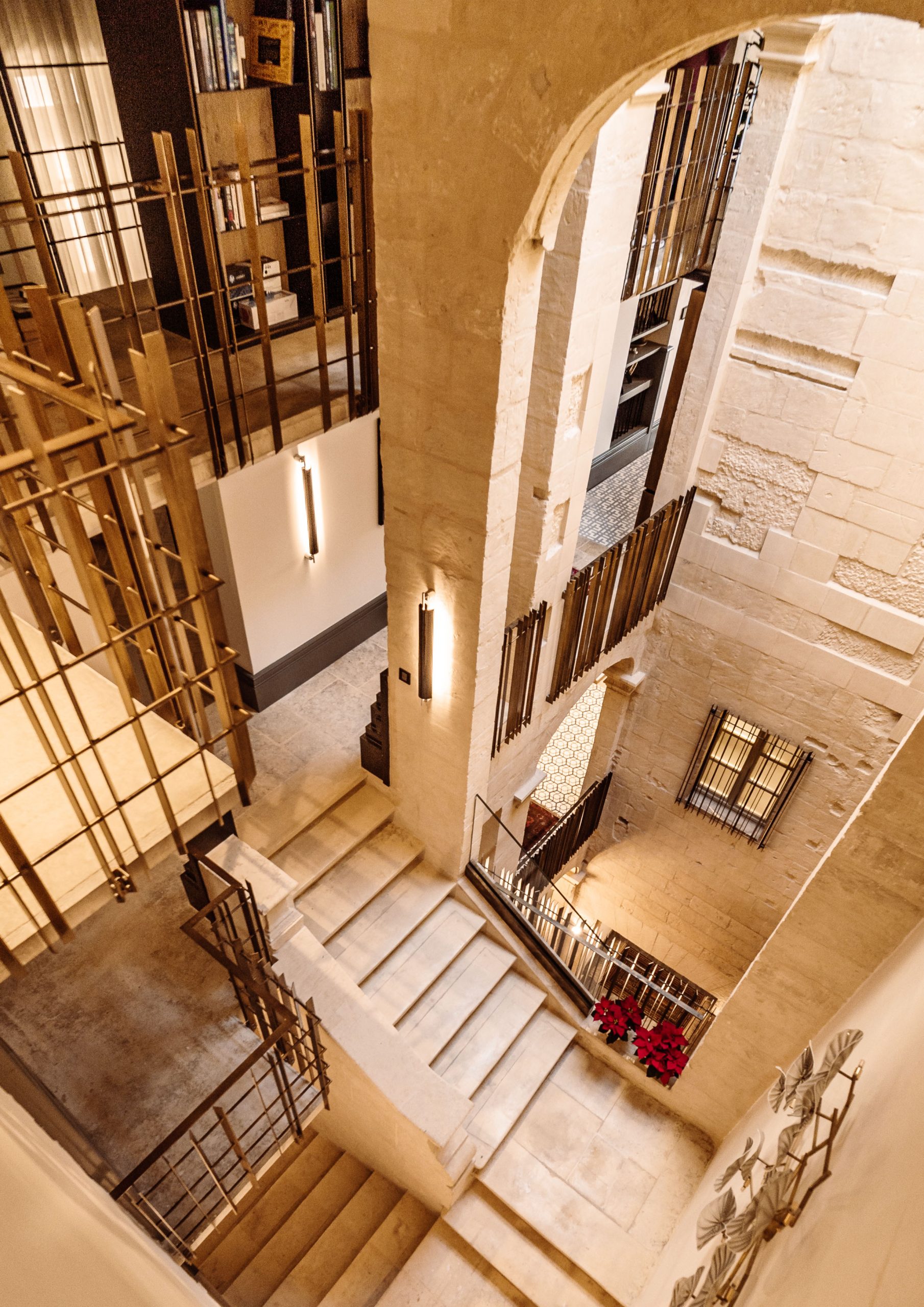 The manner in which the abundance of natural-light pours in through the courtyard and penetrates the different levels, is a warming feature of the home, and serves to welcome as if it were an old occupant. Following the introduction of the skylight, the courtyard apertures were made redundant and consequently eliminated, thus reverting the original qualities of the building to be restored. This allows unobstructed vistas diagonally and across the courtyard, as well as for 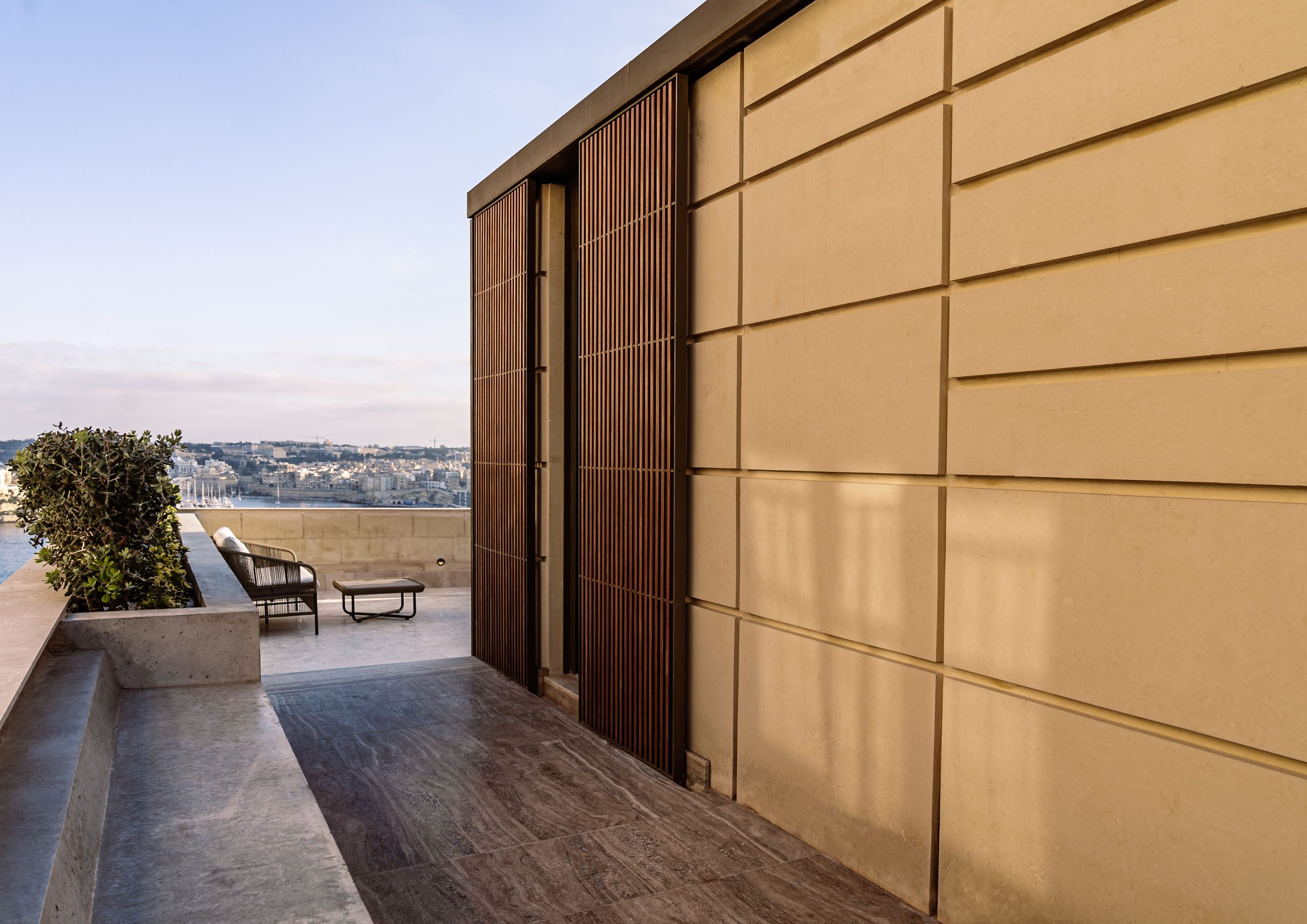 The play of light and shadow moulds the space recalling paintings. The also comprises a new mezzanine and an extension on the roof. The roof terrace includes an barbecue area along with a concealed jacuzzi. The structure has been traditionally crafted from local stone and timber and carved with unorthodox proportions reflecting its contemporary nature.

Though solid in nature, it is punctuated with timber louvres such that an intimate relationship is built between the interior and the exterior. This adaptation is accentuated by means of a playful use of rusticated course lines, which are further enhanced by the corresponding alignment of the 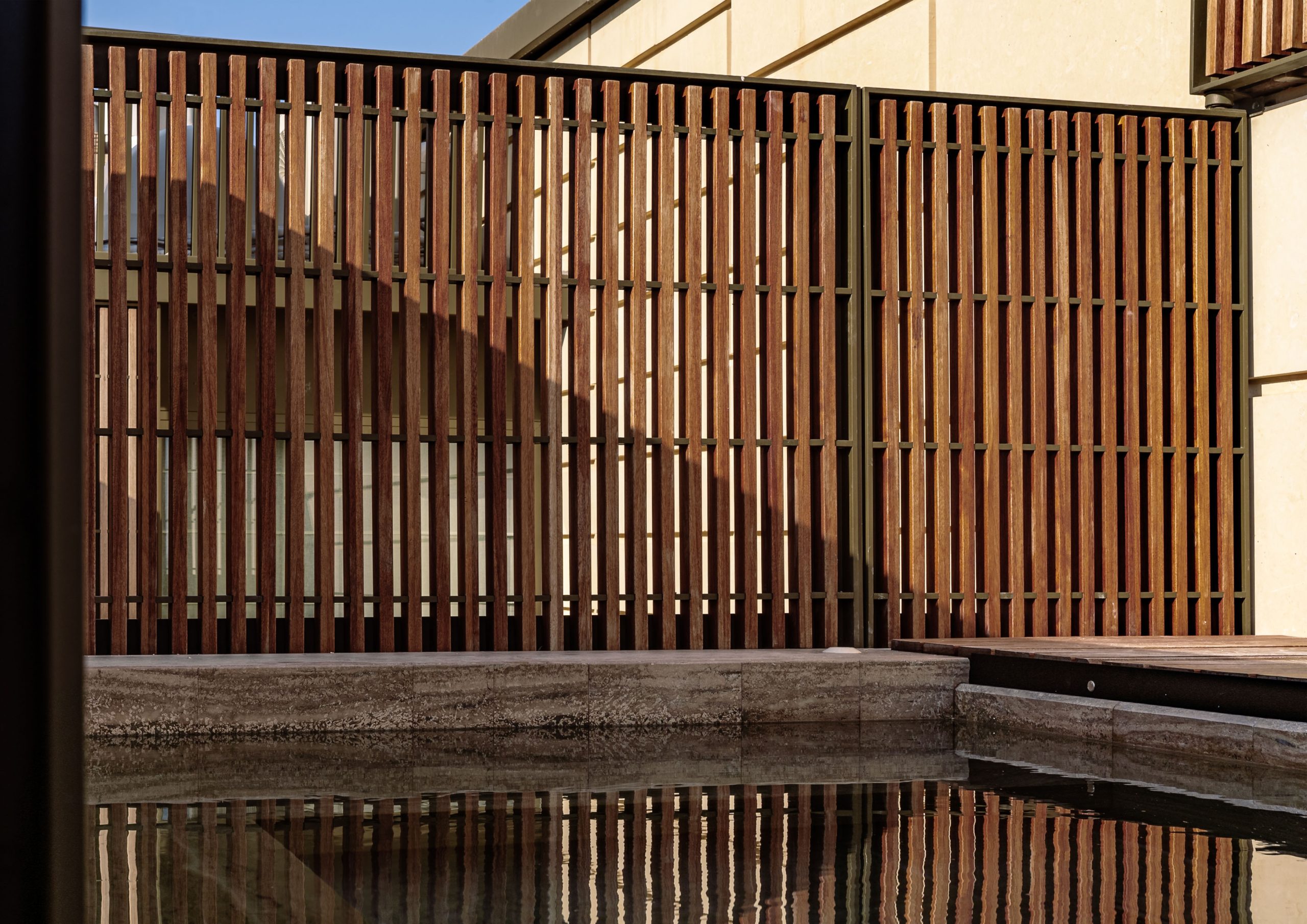 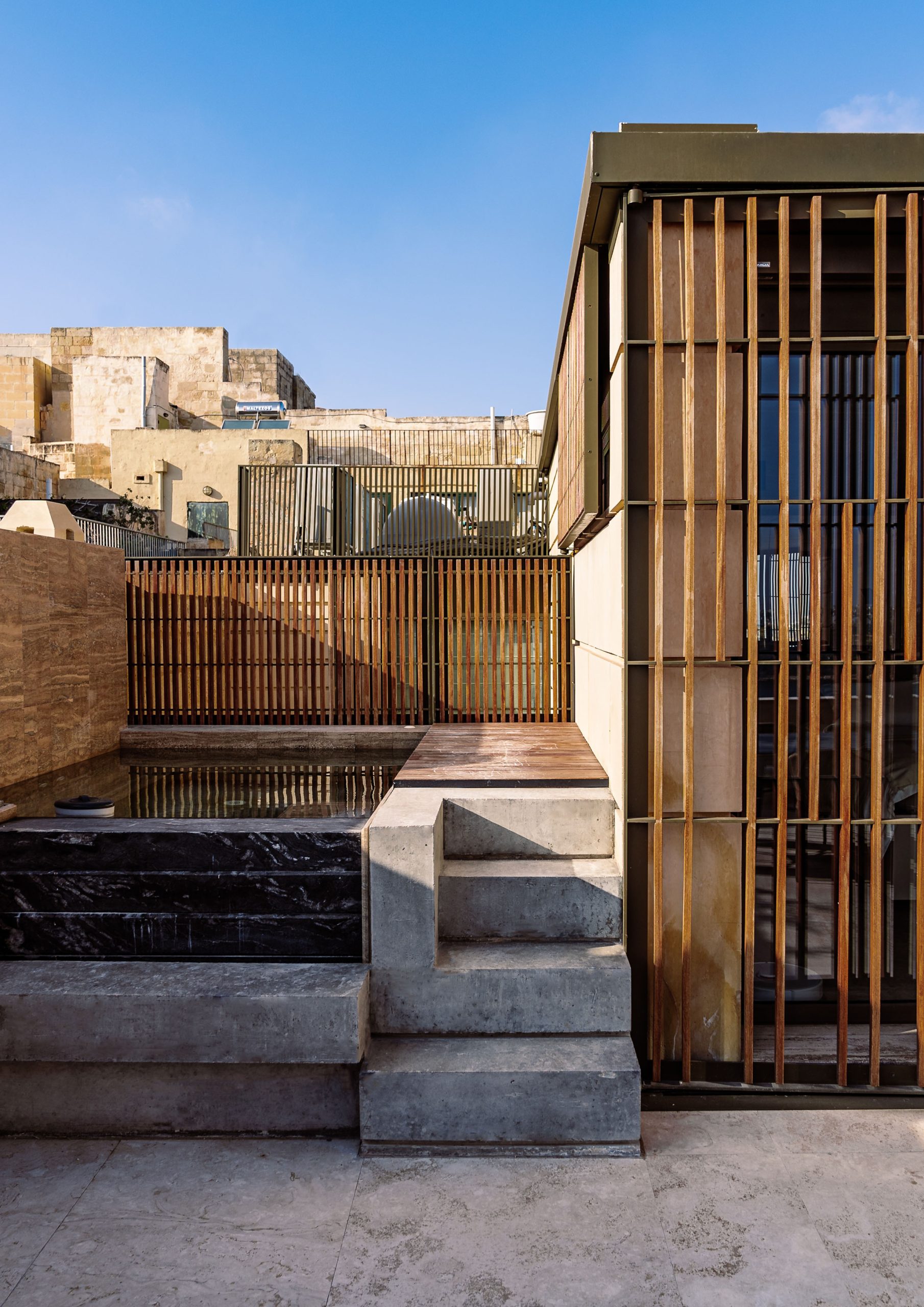 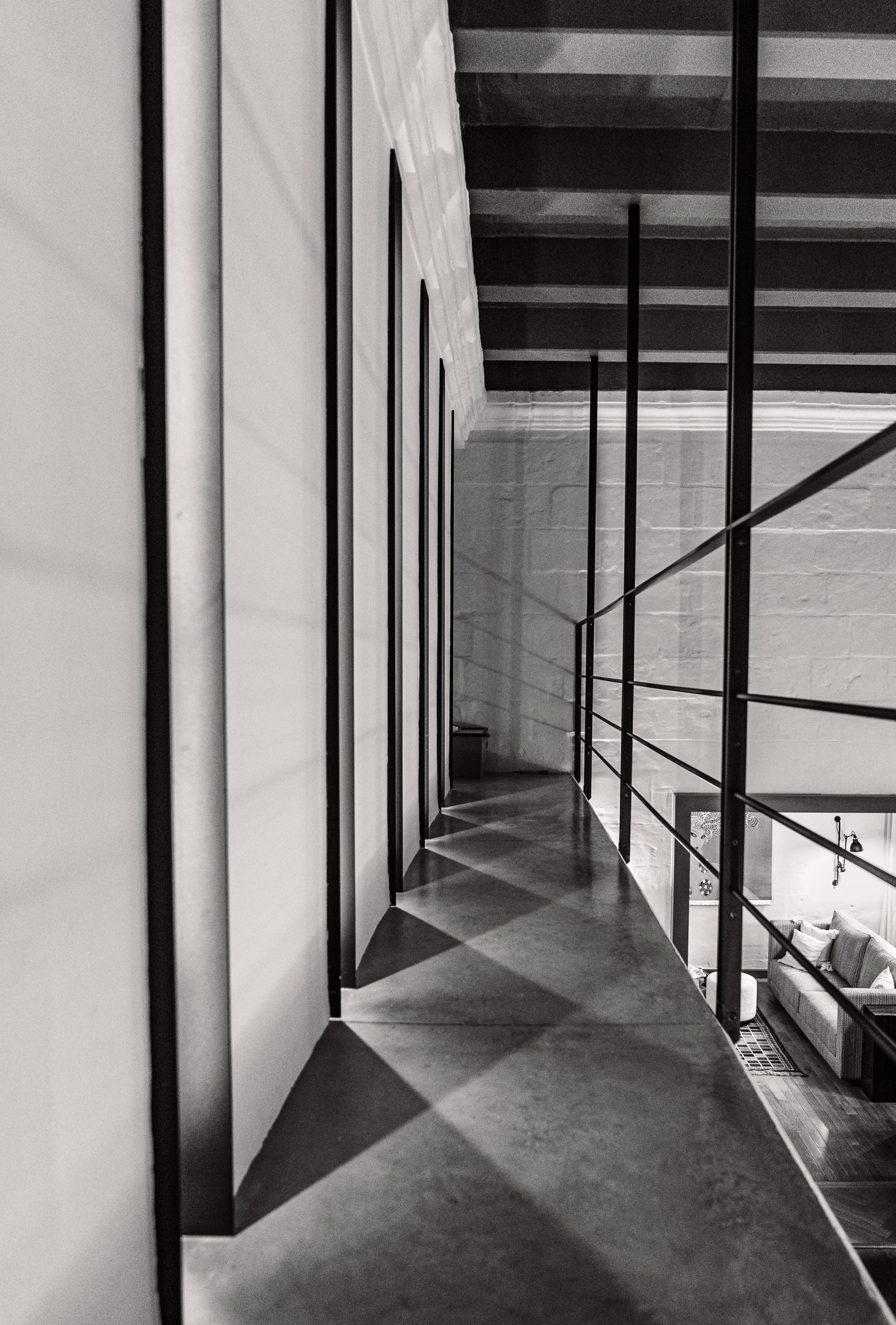 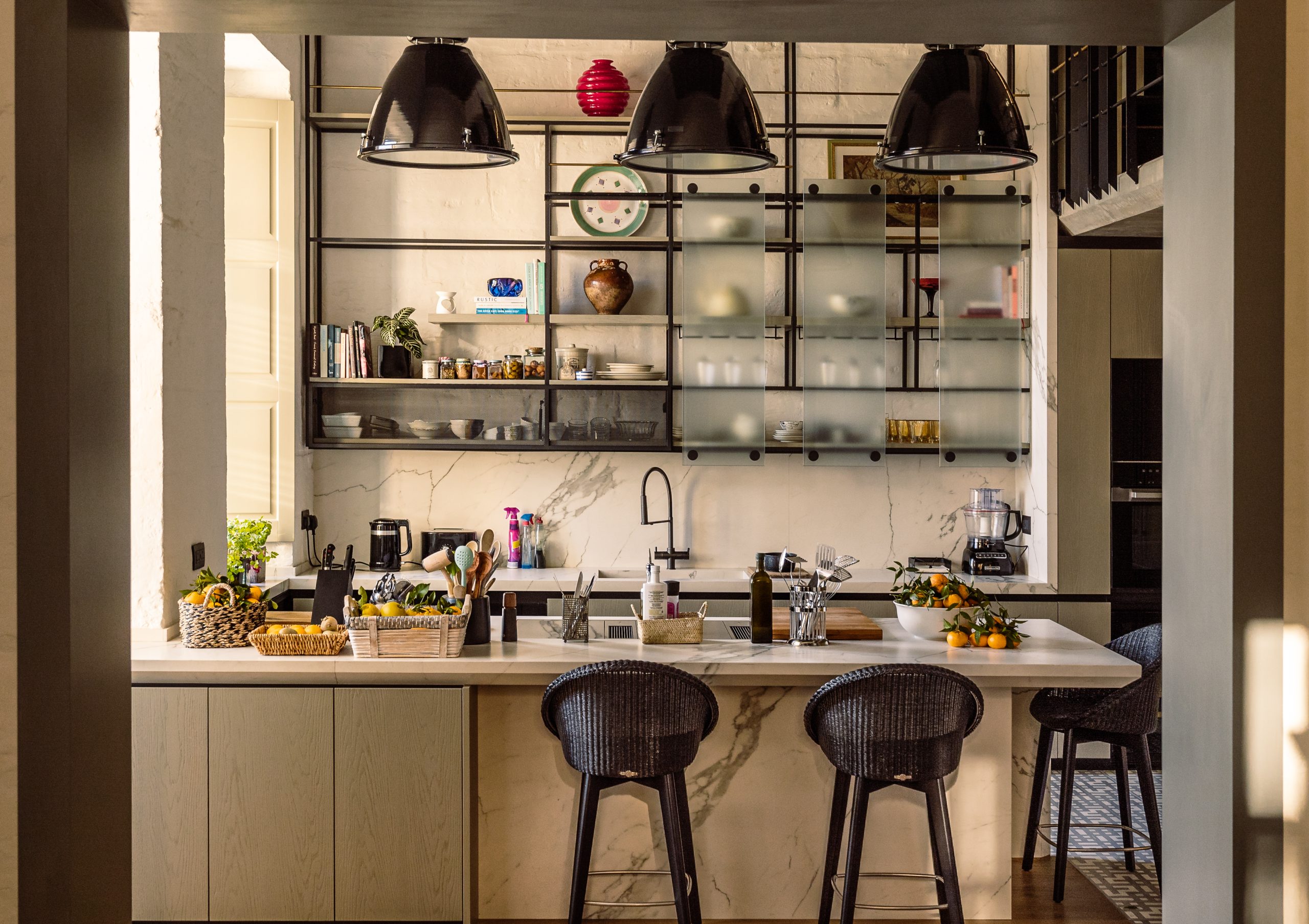