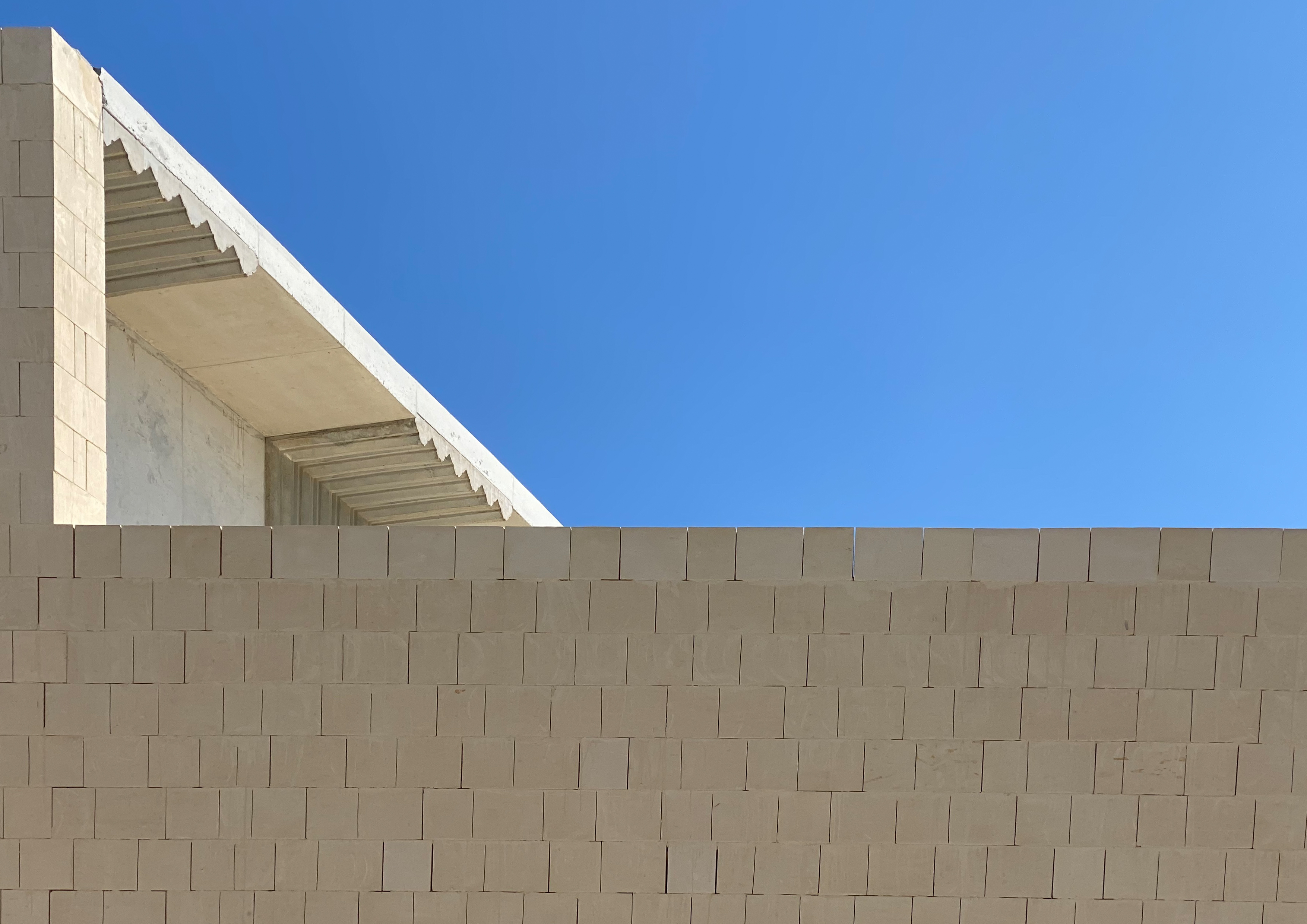 Villa Kaffis lies on the top of a hill in the quiet residential neighbourhood of Victoria Gardens. The façade alongside the street is discreet, refined and solid, and gives nothing away of what lies behind. The outer fabric of the Villa, composed of traditional Maltese limestone walls with minimum apertures so as to preserve the privacy of the owners, is a pleasant foil to the busier elevations of 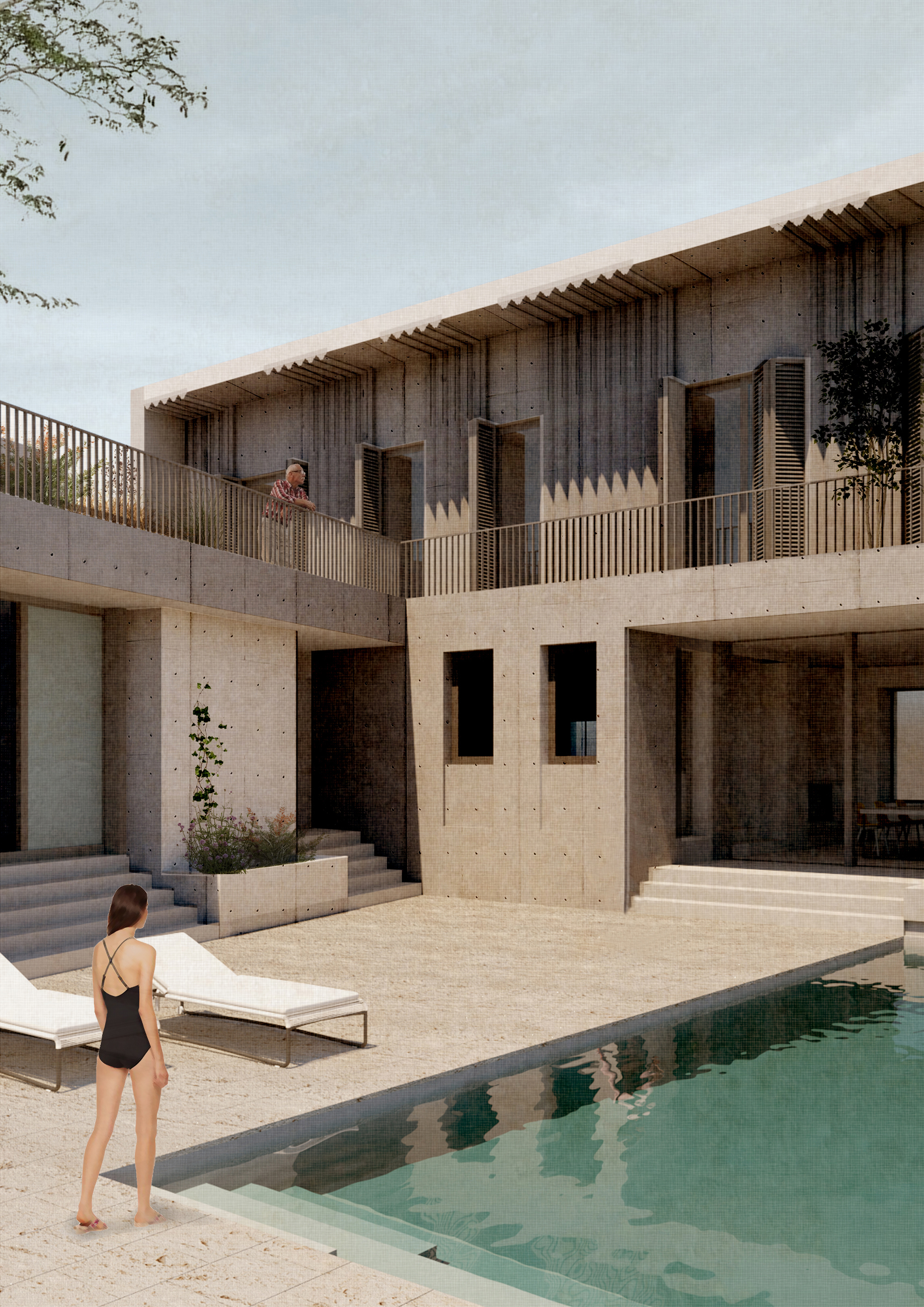 On entering, a travertine pathway, which borders around the house, leads to heart of the Villa. Here, in the main garden and pool area, the building surprisingly opens up like a seashell, revealing itself and the spaces it contains so that the volume of the house is finally perceived in its entirety. In contrast to the façades overlooking the public street elevations, the inner façade is characterized by large openings looking onto the Villa’s garden and external terraces and framing a spectacular panoramic view of the Mediterranean Sea and 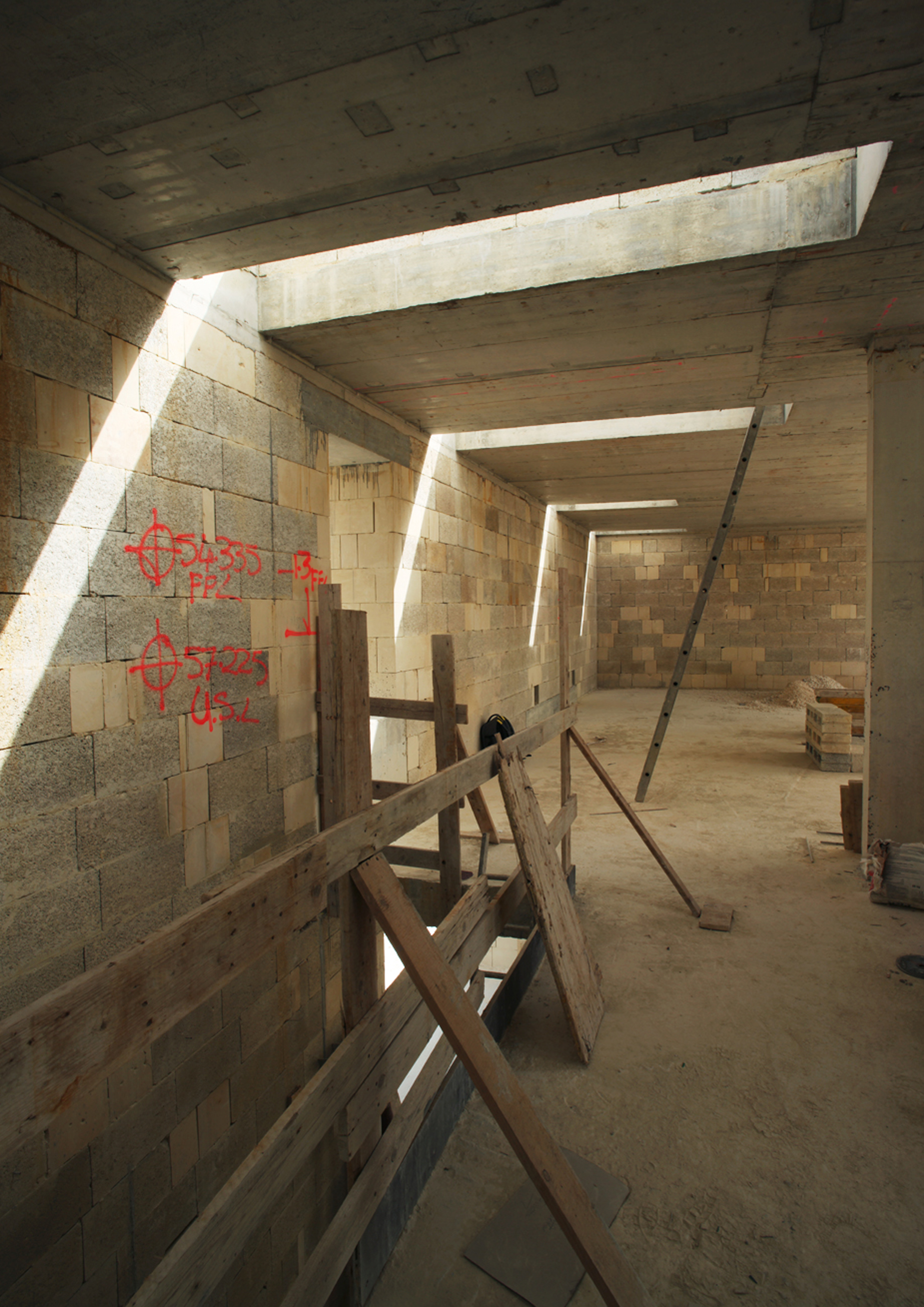 The modulation of light is one of the key elements for the design of the spaces of Villa Kaffis. Skylights and openings have been conceived to offer, on the interior, a multitude of atmospheres throughout the day that change with the movement of the sun, while the facades facing South are sculpted to exploit the shadows and give the impression of a large scale curtain drawn open onto the surrounding 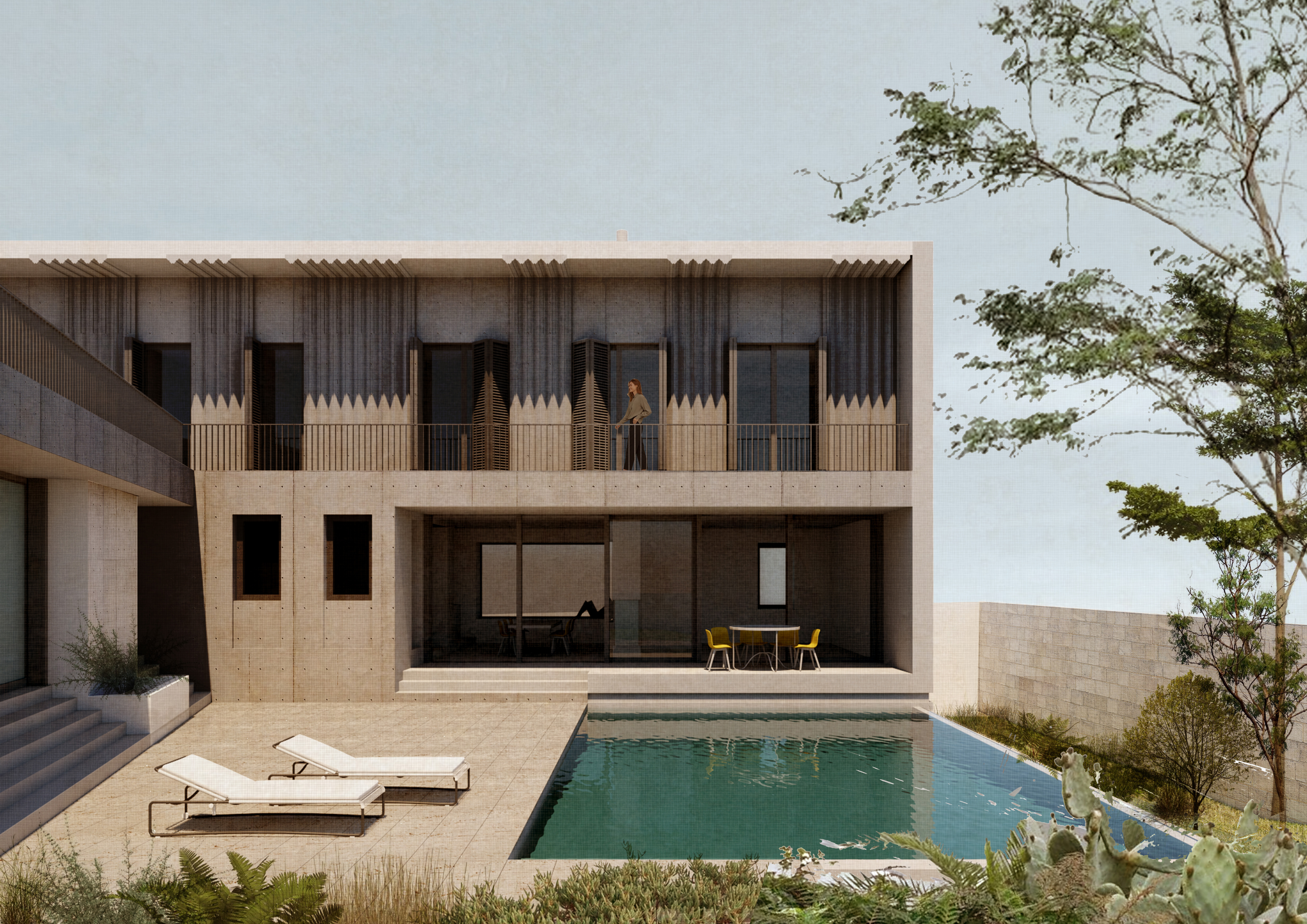 A playful yet sophisticated combination of materials – limestone, wood and concrete, balances the vernacular and the modern soul of the Villa, creating a subtle contrast between the voids and volumes, opacity and transparency, 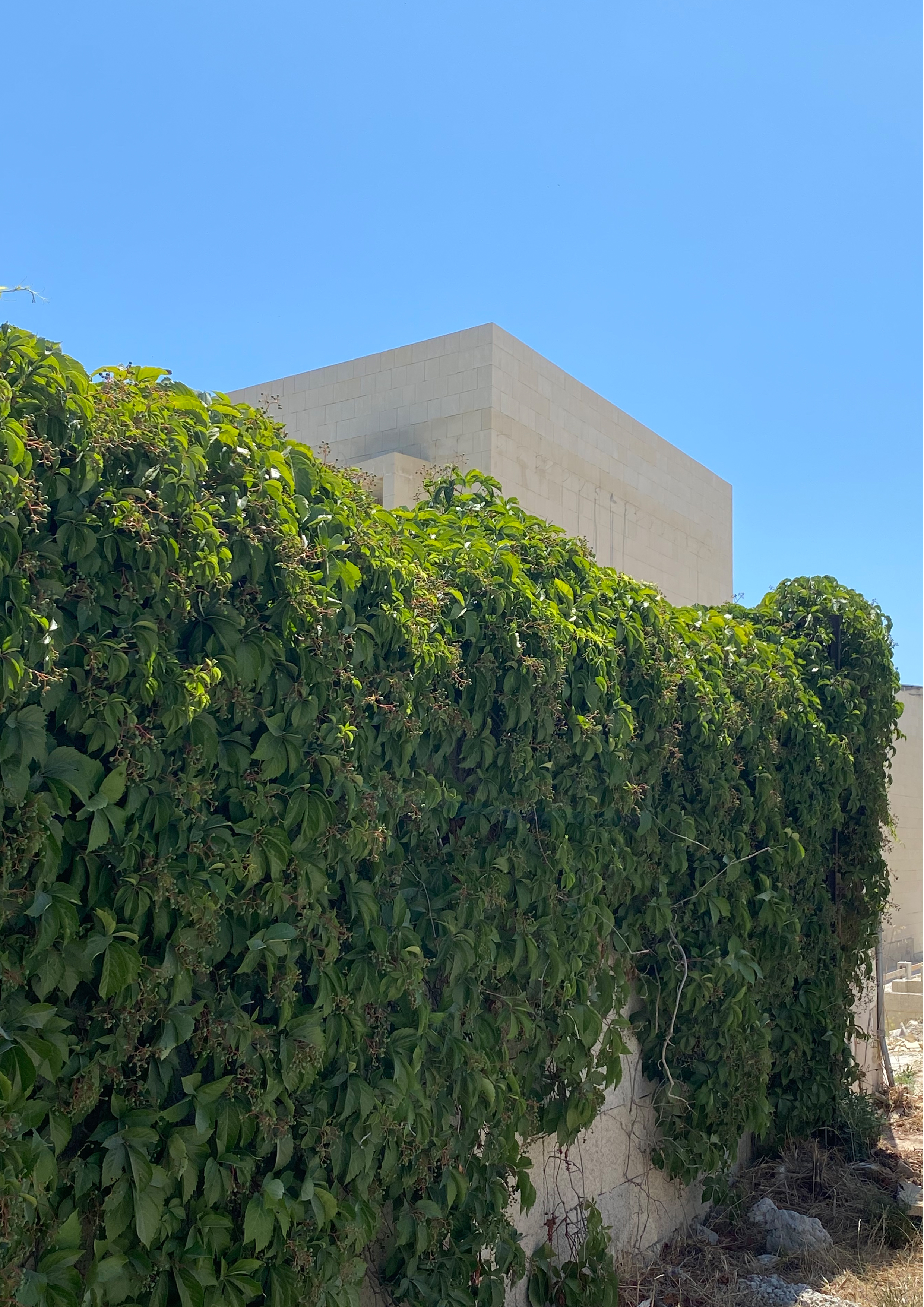 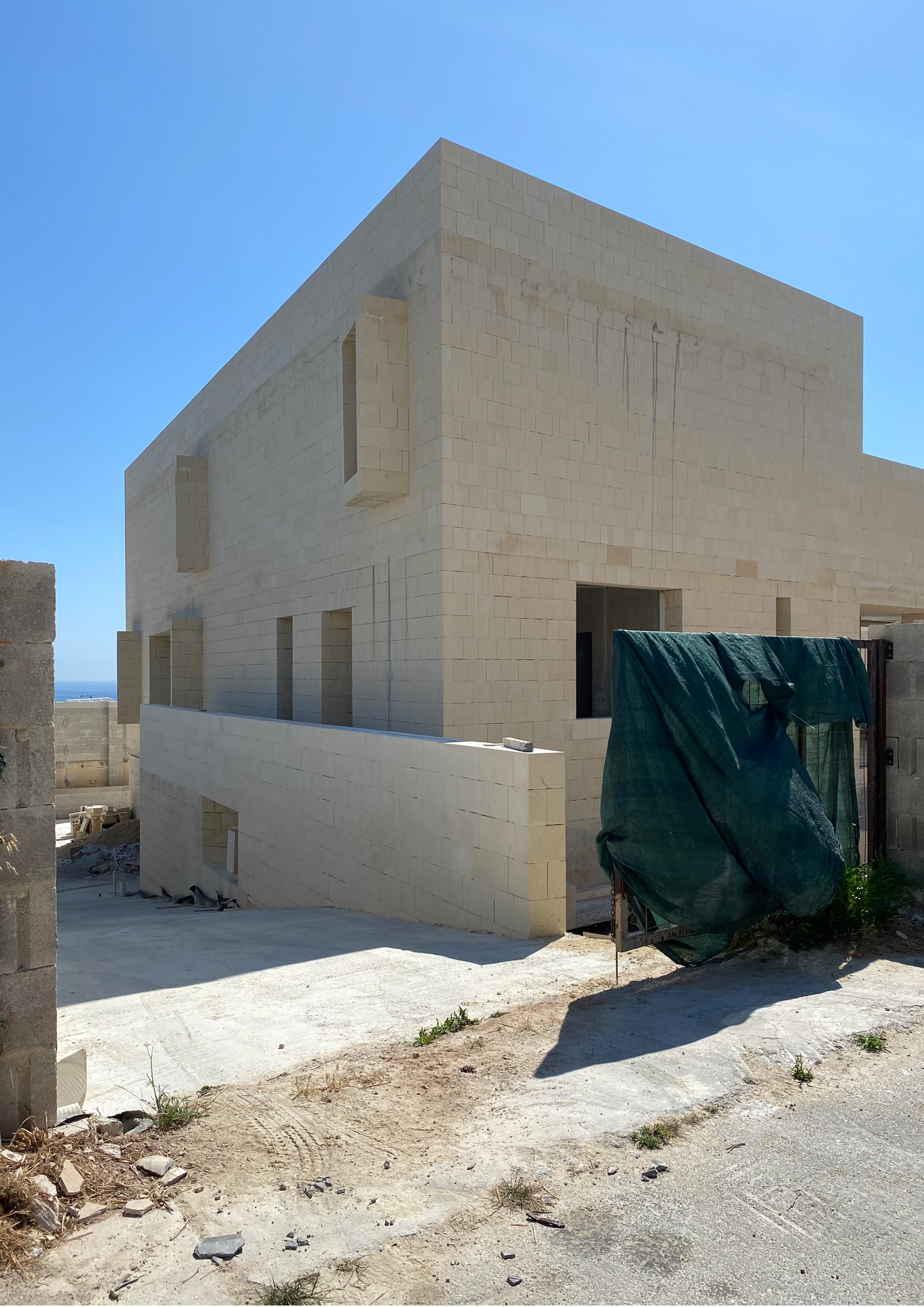 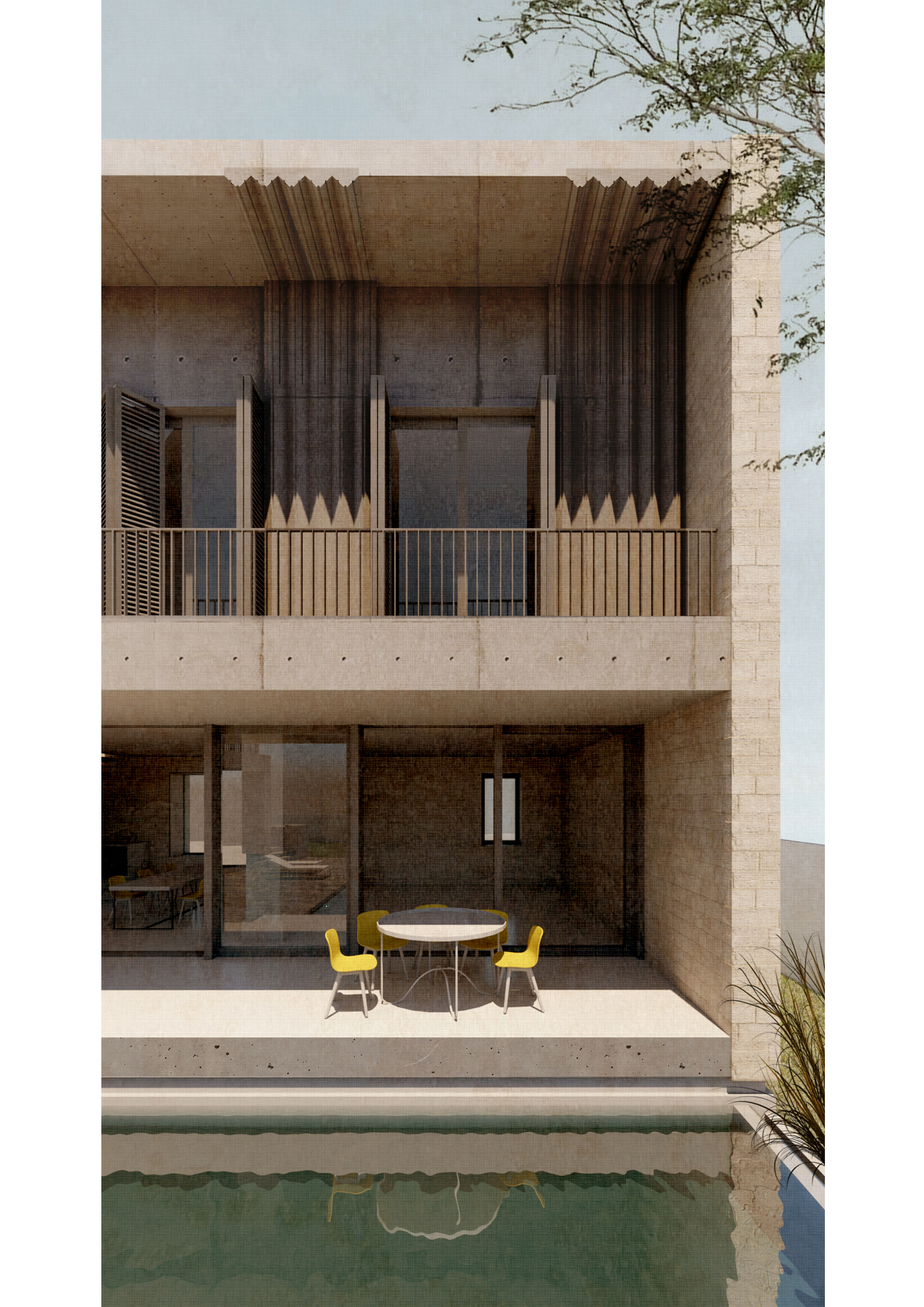 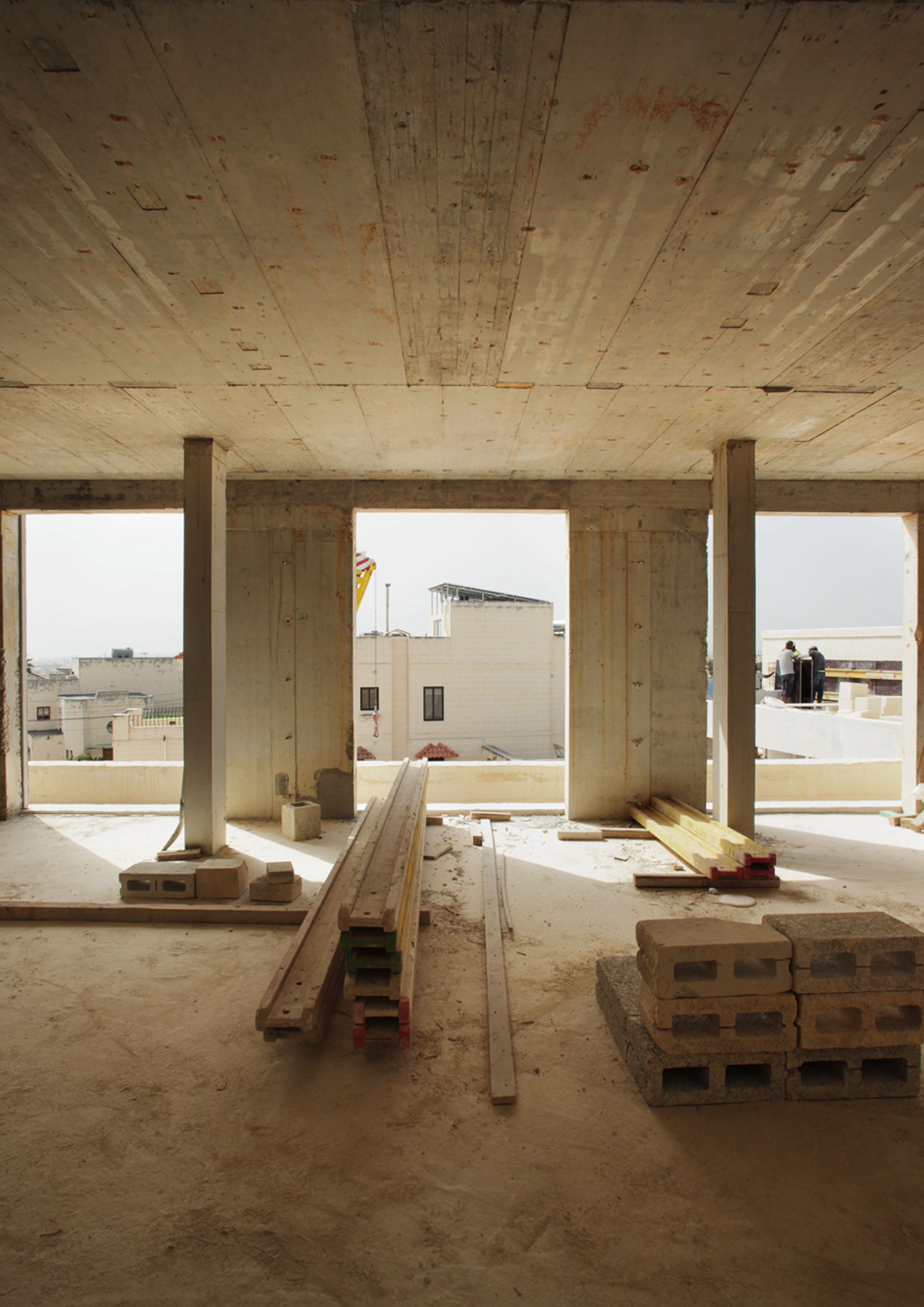 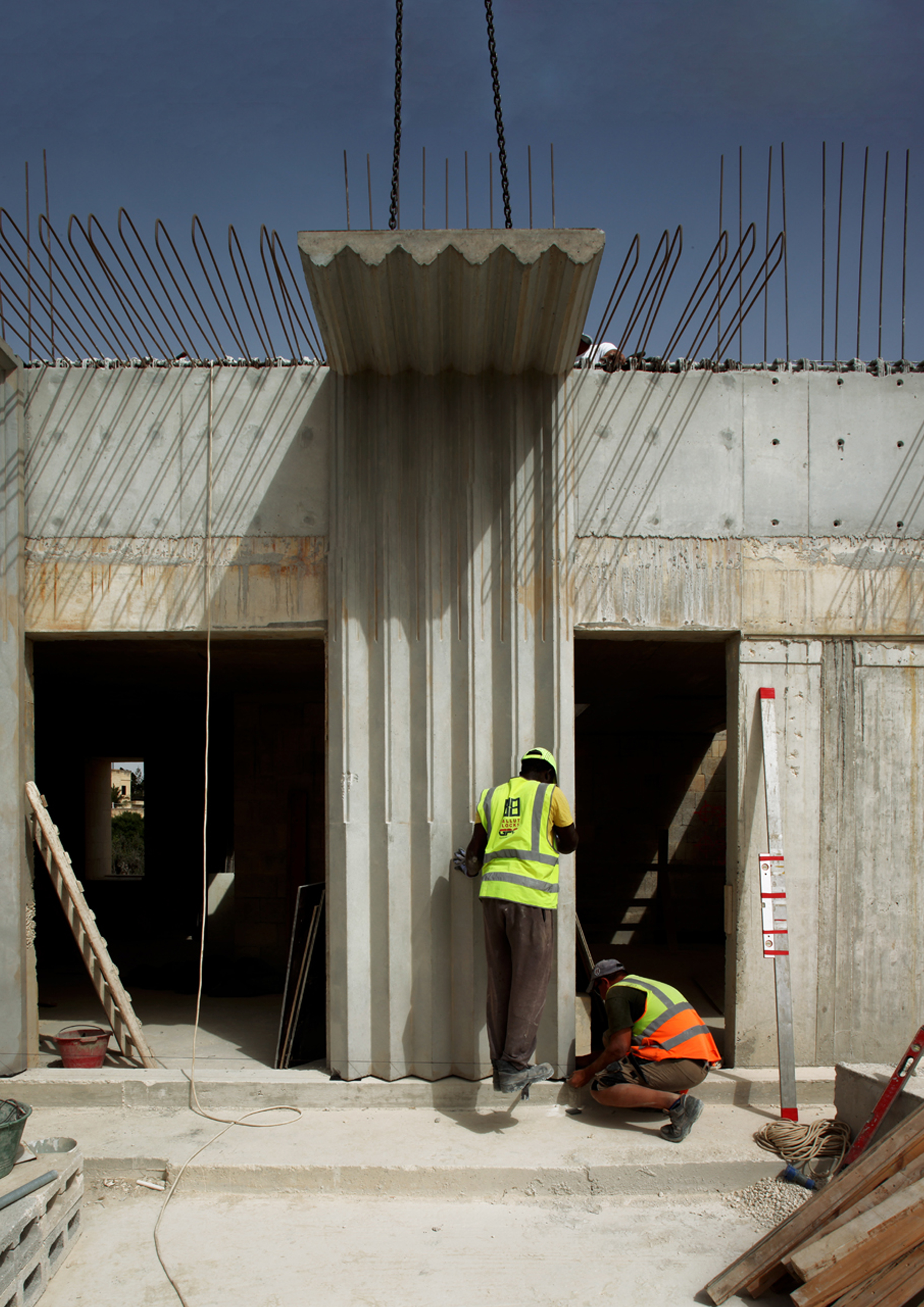 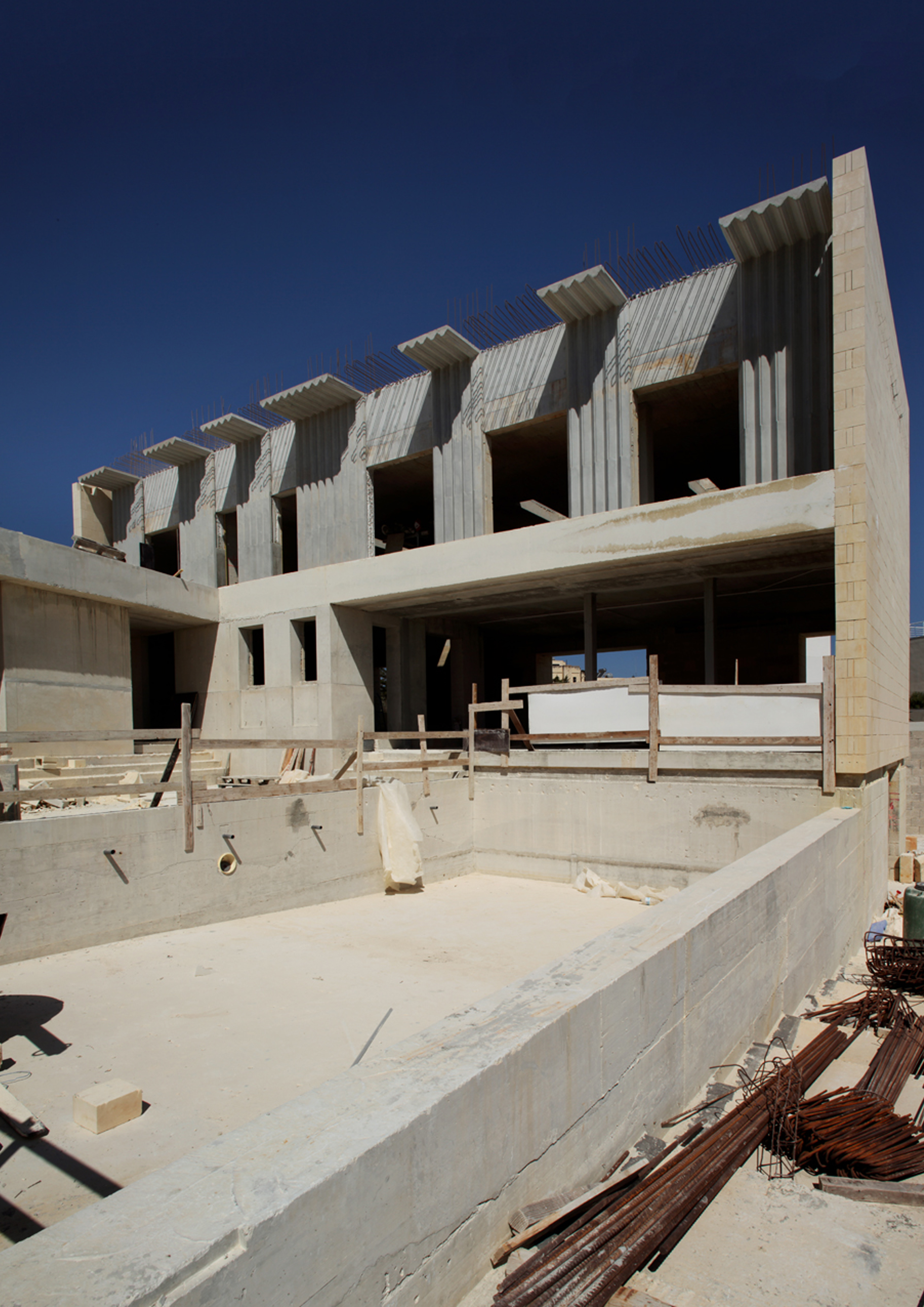 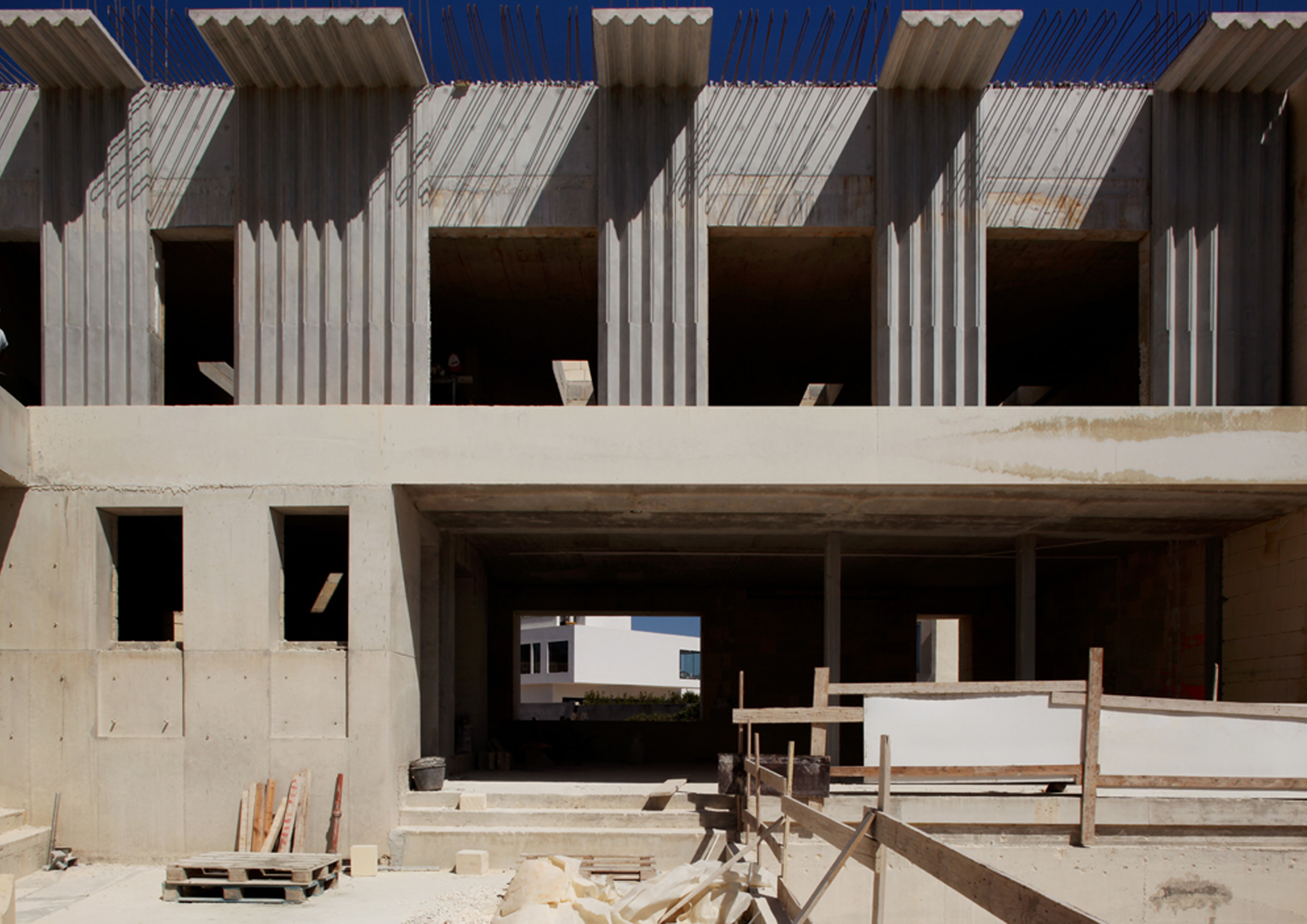 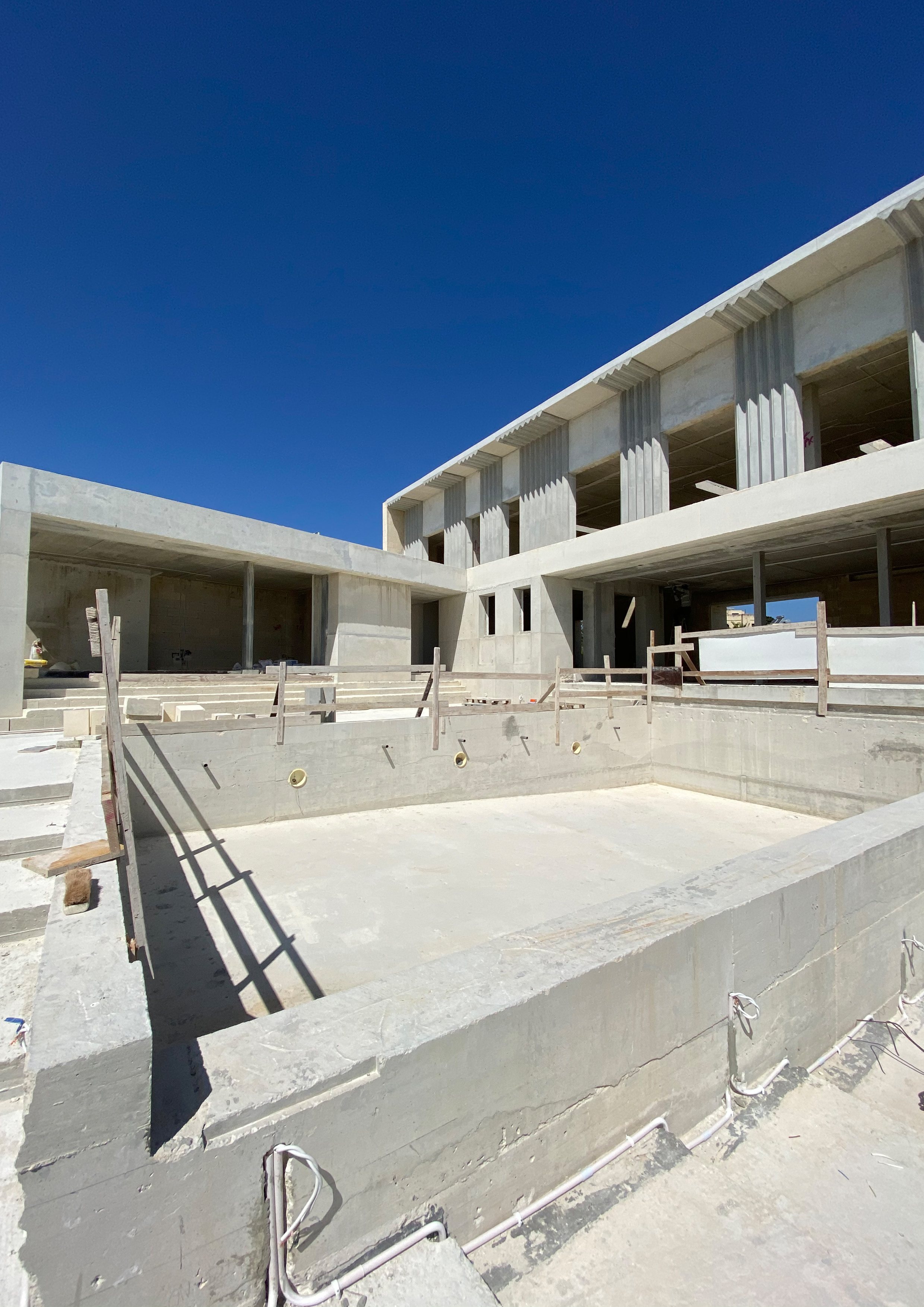