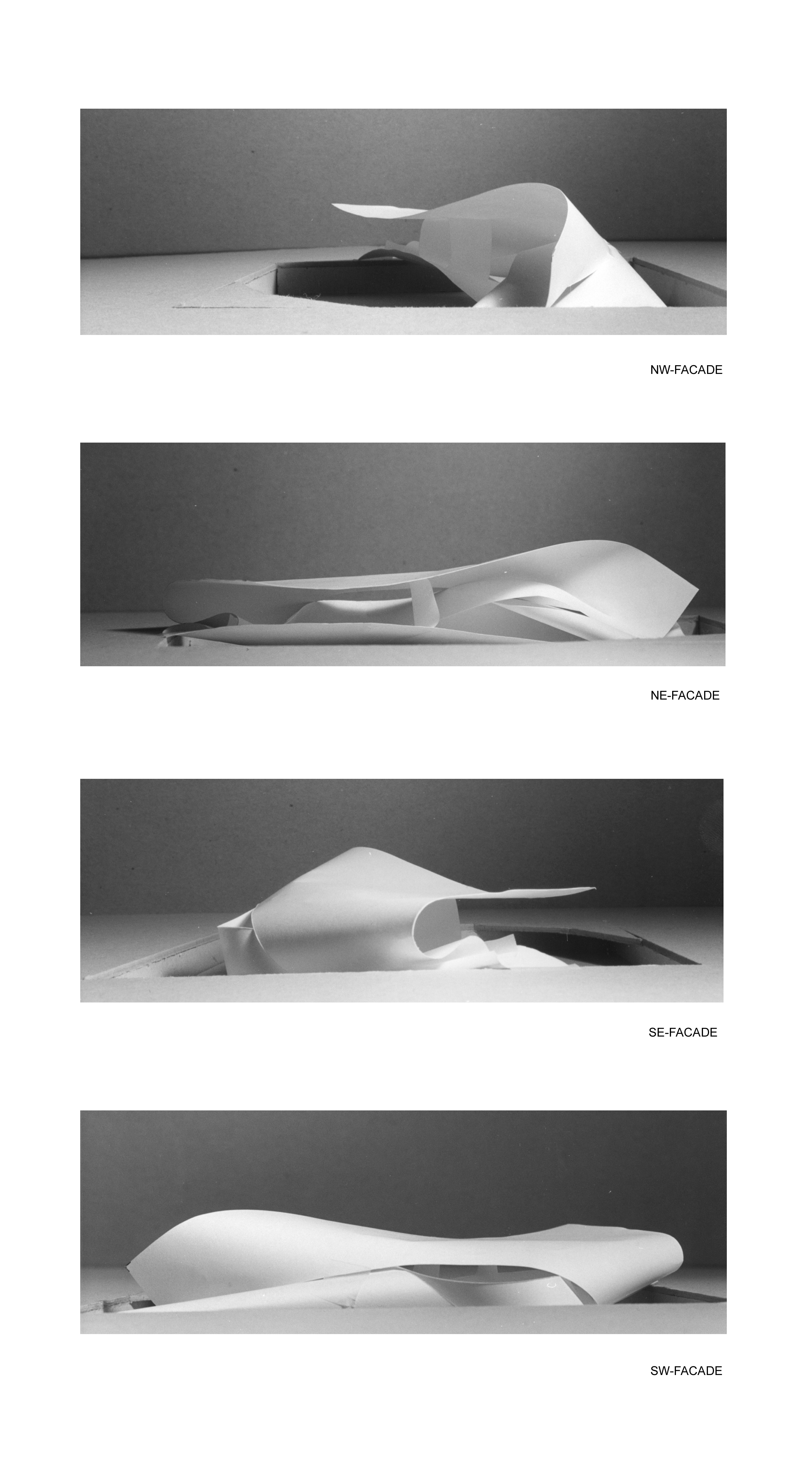 The parameters that generated the scheme for the competition for the university library of Rostock were firstly, the integration of education and recreation and, secondly, the ease with which information could be retrieved in the library itself. The former consideration entailed the connection, visual and spatial, of the library with the canteen on the opposite side of the campus piazza. on the other hand, was at the base of the concept of an information ‘spine’ that would not only integrate the building visually but would also have the function of guiding the visitor gradually through the various levels to the reading rooms, by which time he would have accomplished the necessary steps that would enable him to retrieve the desired information

These considerations were the generating factors of the new building’s form. This was determined by bending a sheet of card of the same dimensions than the site perimeter after cutting it twice along its diagonal in order to release the tensile forces set up as a result of the bending process. The resulting form not only contains the desired spine that links both ends of the building but also, because it is derived from the original shape of the site, is perfectly integrated with it. The library is as a result, contained in a shell derived from an ideal geomorphic metamorphosis of the