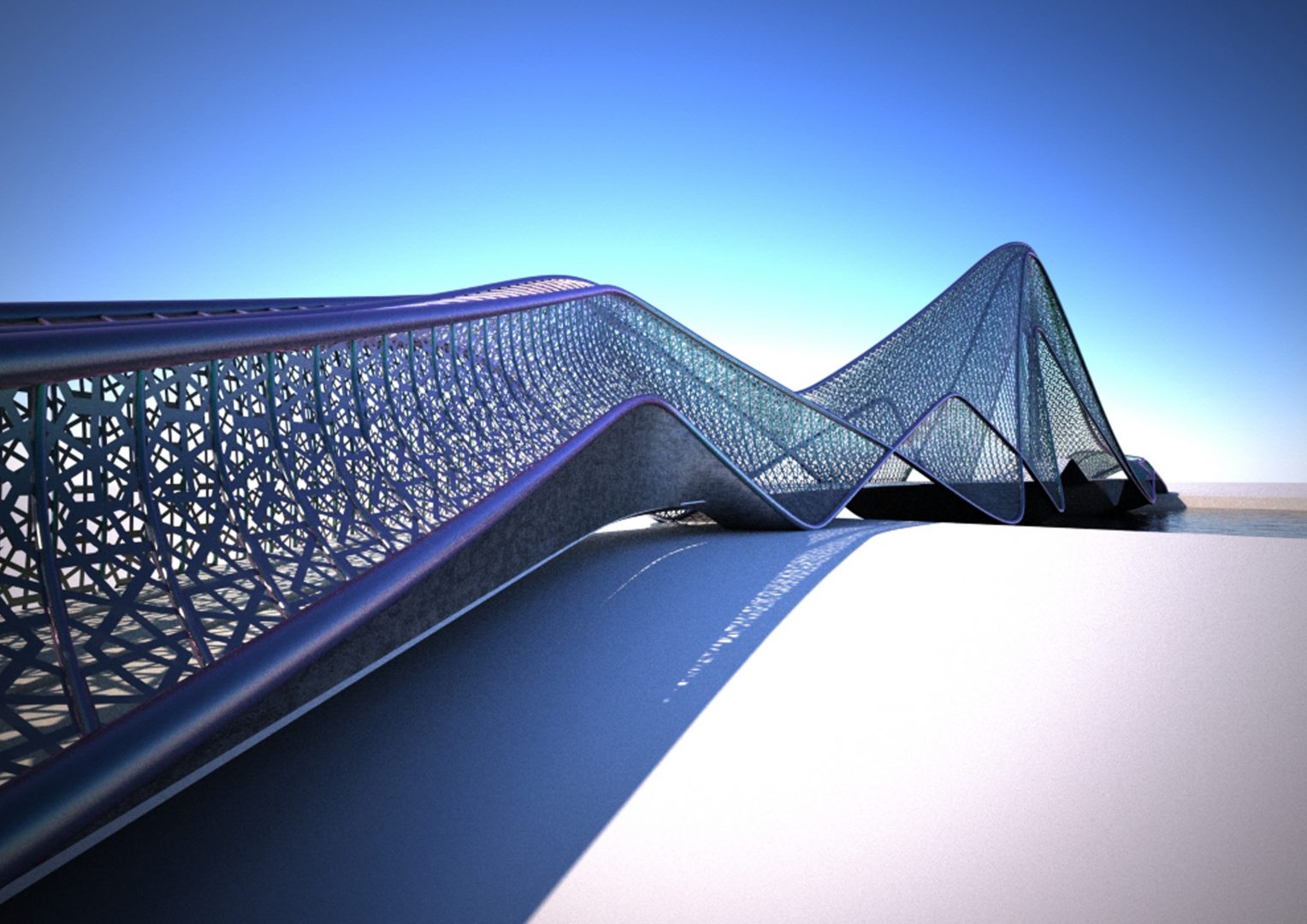 Celebrating Heritage
As a semi enclosed structure this bridge provides a series of majestic urban interiors very much embodying the idea of integration; celebrating the continuity between new and old, technology and tradition, architecture and society. With its articulate outline, the bridge brings together advanced levels of civil engineering and traditional architectural themes such as the vault and the arcade. Large triumphant domed spaces flanked by meandering arcades articulate vehicular and pedestrian routes over the Terengganu River. The largest dome at the centre of this structure defines the entryway for ships to go through, stating the importance of seafarers and the legacy of trade routes for Terengganu since ancient times. The arcading pedestrian routes follow the vertical structure on the northern side of the bridge leading up to a visitors centre placed high up inside the main dome providing spectacular views over the draw bridge and its operations and the city 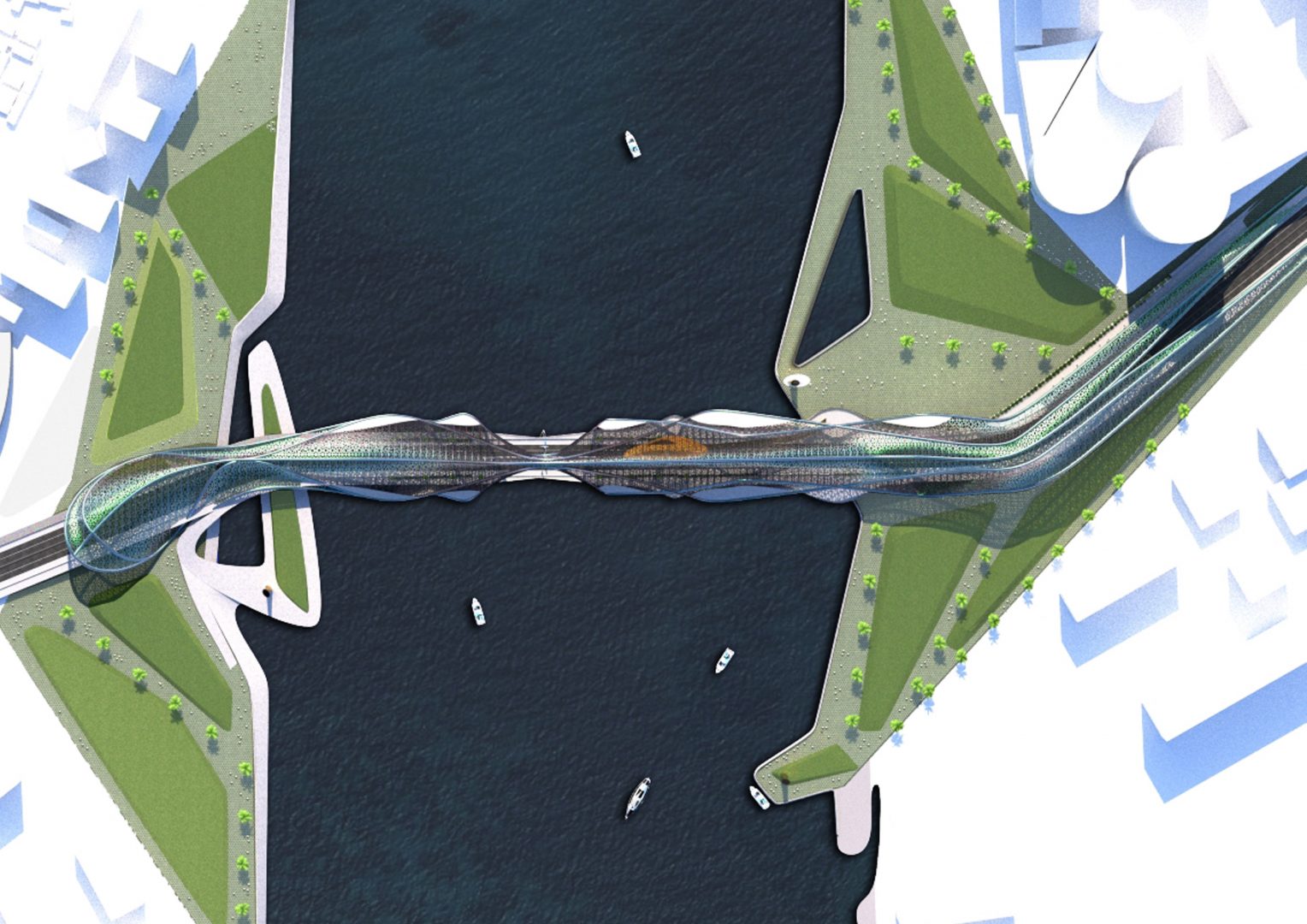 Extending the Waterfront
The Tereng Ganu Gateway answers to the theme ‘A Heritage Waterfront City’ by acknowledging the historic city as the main grav­ity point from which the bridge departs and extends into the new administrative centre. In doing so, a choreographed environment of green pedestrian linkages and continue over the waterline, complementing vehicular traffic. The bridge design ensures a continuation of the waterfront development to reach over the Terengganu River as landscaped squares and walk­ways connect the bridge with the riverside on either end. An east-facing square at the bank towards the old city centre, marked by a summit, continues onto the bridge as an arcade to lead pedestrians to a second square, observing the sunrise as it marks a new beginning. Towards the new administrative centre, square with a second summit reaches for a subsequent square on the bridge providing spectacular views 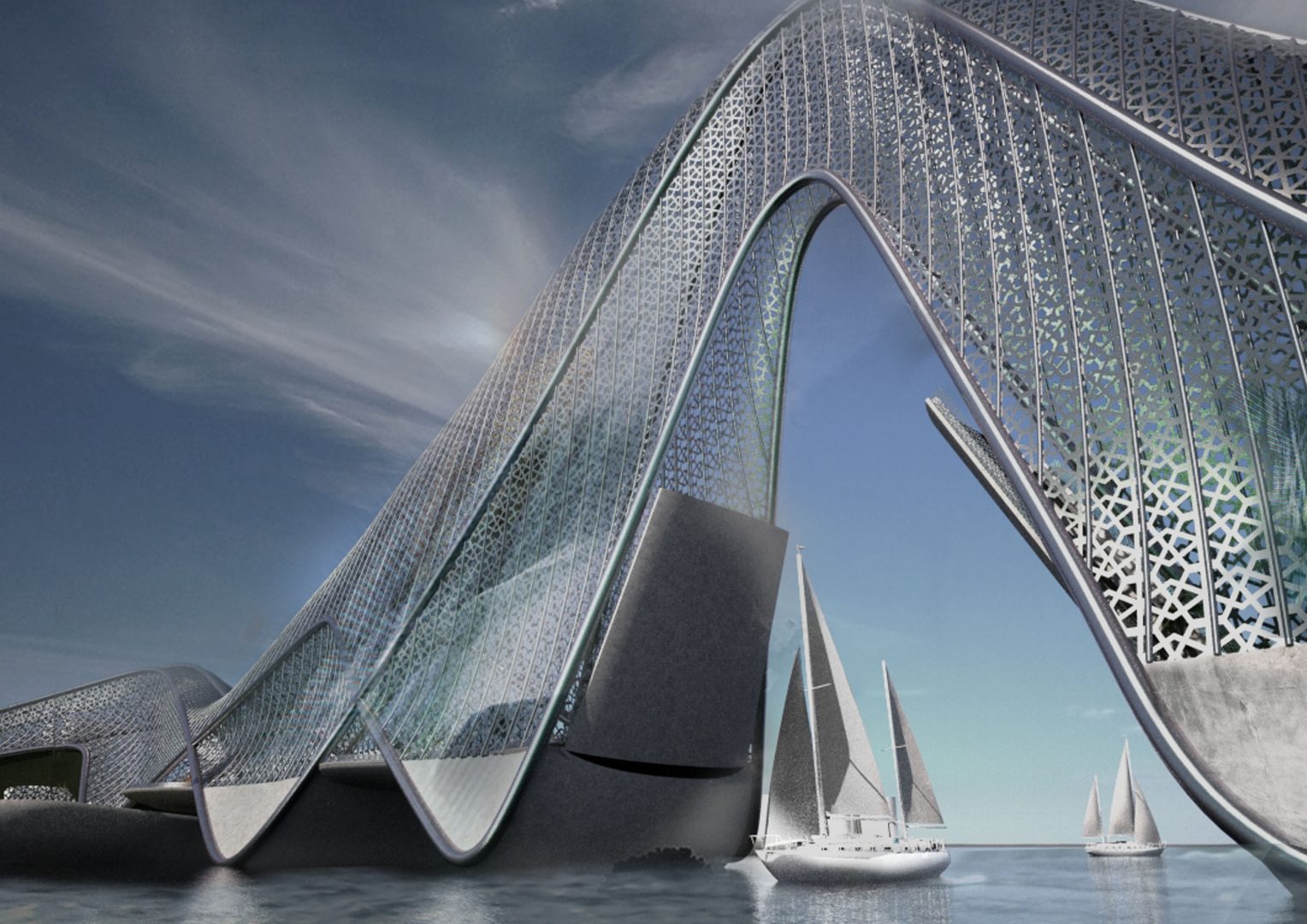 As people walk this interlacing landscape they are engulfed by the immense strength of this structure. However, as people come close to the concrete base of the bridge they will discover a delicate facetted pattern covering the entire underneath, prompting us of our relationship with the world, like the sea turtle, prevailing 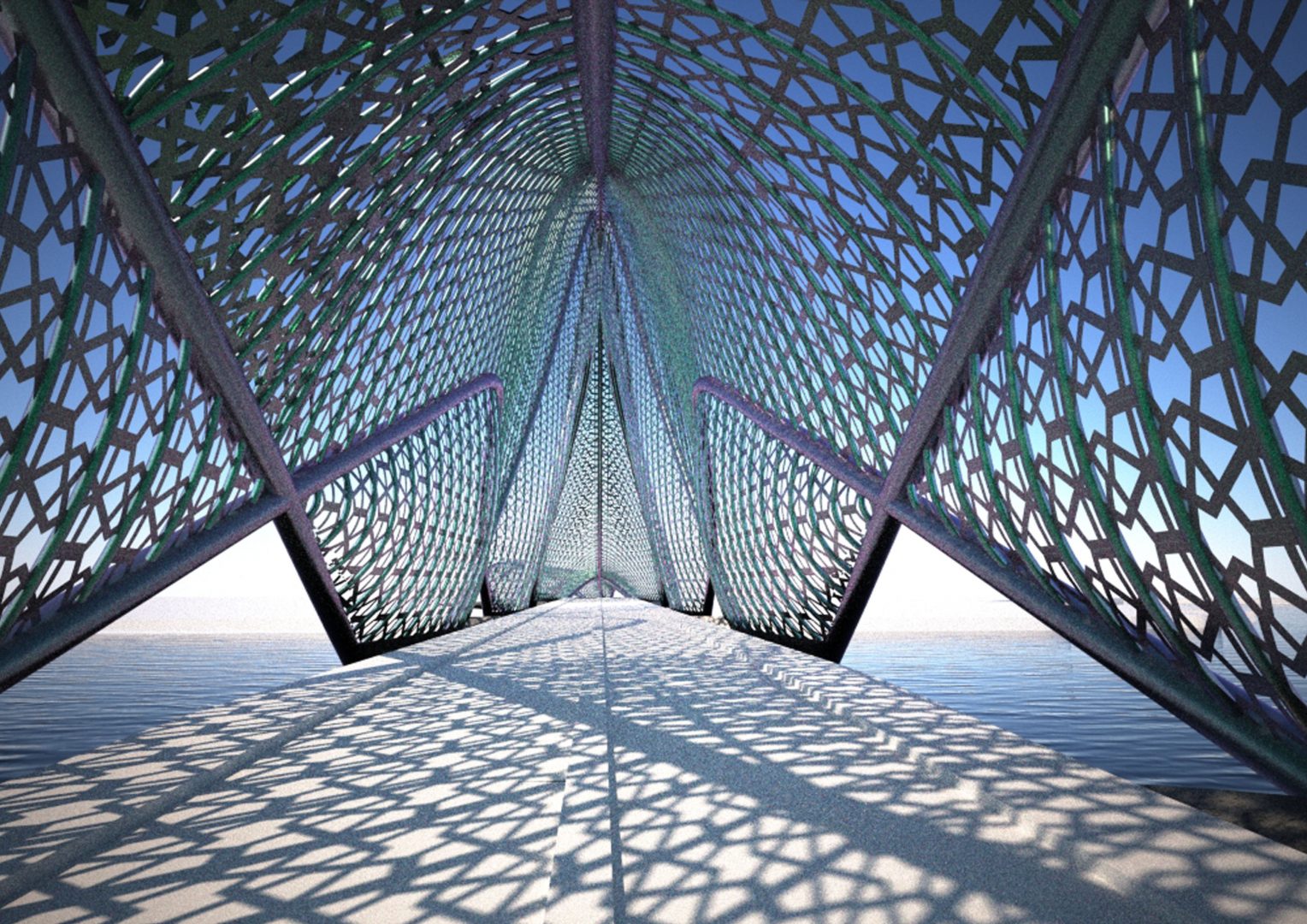 Structure as ornament
The Tereng Ganu Gateway sets up a dialogue between structure and ornament ensuring infrastructural permanence as well as nurturing cultural identity. structure describes the major archways providing the vertical support to accommodate the drawbridge. In composition with this, secondary archways provide additional support and delineate pedestrian arcades flanking the bridge on either side. structure is articulate of a dialogue between earth and sky. Rooted into the riverbank the bridge structural ribs remind us of the strong roots of a Cengal tree as they grow upwards to support the central arcade marking the draw bridge and a new gateway to the city. of interconnecting steel members forms a connecting surface with varying levels of density to accommodate different levels of structural capacity, sun shading and ornamental magnitude. The outer layer of this struc­tural lace is manufactured from iridescent stainless steel refracting sunlight into a full colour spectrum, as such attributing the origin of the name Terengganu to Terang Ganu, Malay for .